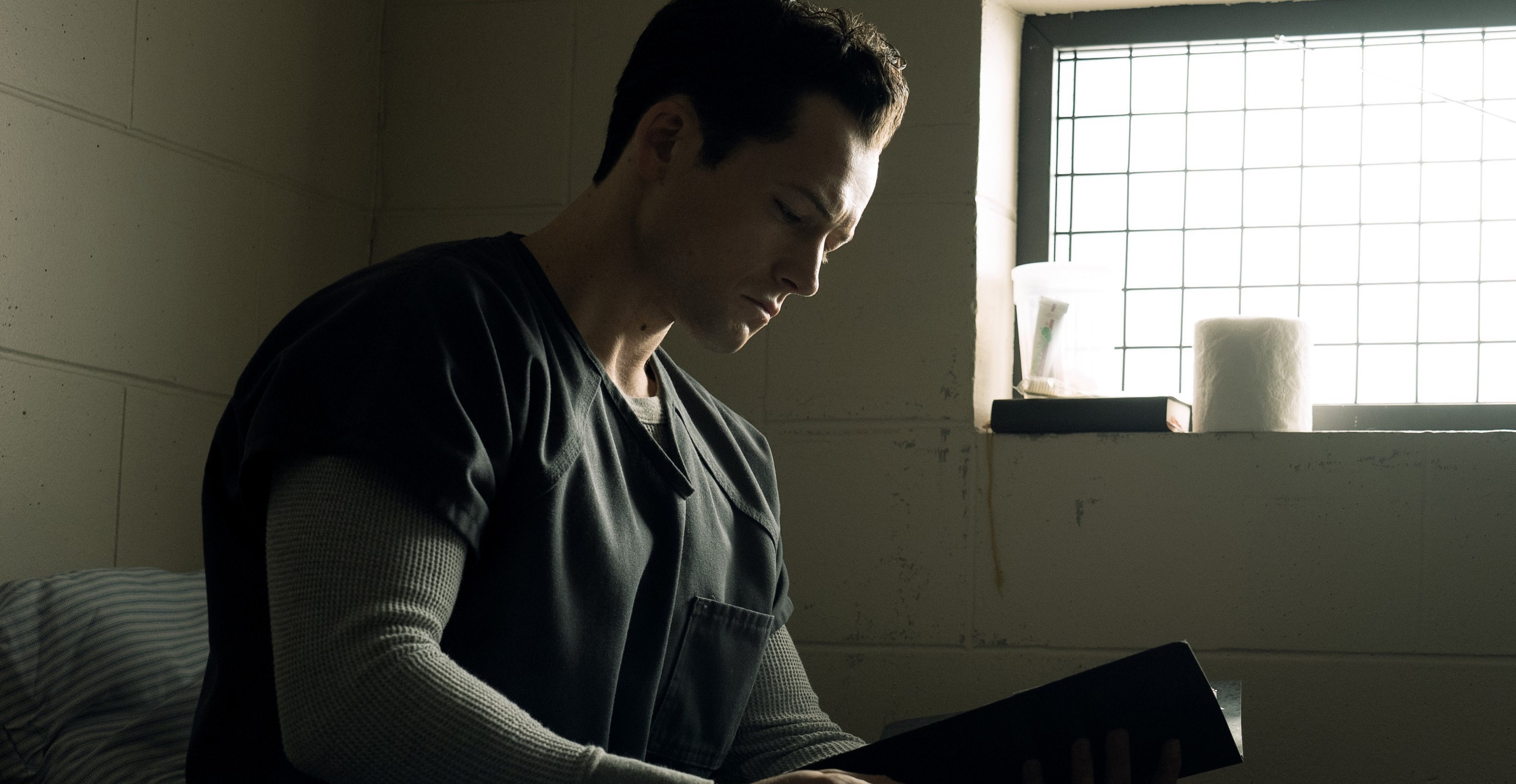 Based on the 2010 autobiographical novel titled ‘In with the Devil: a Fallen Hero, a Serial Killer, and a Dangerous Bargain for Redemption’ by James Keene and Hillel Levin, Apple TV+’s ‘Black Bird’ is a crime drama series developed by Dennis Lehane. The narrative revolves around James ‘Jimmy’ Keene, who is sentenced to serve ten years in a minimum security prison without parole. Soon, he deals with the FBI to cut his sentence short.

All Jimmy has to do is enter a maximum security prison for the criminally insane, get close to a suspected serial killer named Larry Hall, and get a confession out of him so that he stays locked up for the rest of his life. ‘Black Bird’ explores several interesting themes that keep the viewers hooked on the series through each episode. If you tend to enjoy such crime dramas, you might want to check out the recommendations we have listed below. You can watch most of these shows like ‘Black Bird’ on Netflix, Hulu, or Amazon Prime.

Created by the duo of Hans Rosenfeldt and Nicola Larder, Netflix’s ‘Marcella‘ is a British crime drama series that revolves around the titular character, a former detective whose personal life is in shambles. After a 12-year break, Marcella returns to the Met’s Murder Squad to work on a serial murder case with several potential suspects and victims. Much like ‘Black Bird,’ ‘Marcella’ also involves the authorities doing their best to get to the bottom of a series of murder cases linked with some potential suspects.

Created by Kevin Williamson, ‘The Following‘ is a crime thriller series that follows Ryan Hardy, a former agent who is called back to duty by the FBI when Joe Carroll, a notorious serial killer whom he helped catch, escapes death row. Carroll allegedly mutilated and killed 14 women before he was sentenced, but even while imprisoned, he manages to gather a bunch of cult-like followers who are ready to get their hands dirty for him. Both the crime series involve an incarcerated serial killer who is still a danger to society, while the authorities attempt to bring the serial killer to justice for the betterment of everyone. 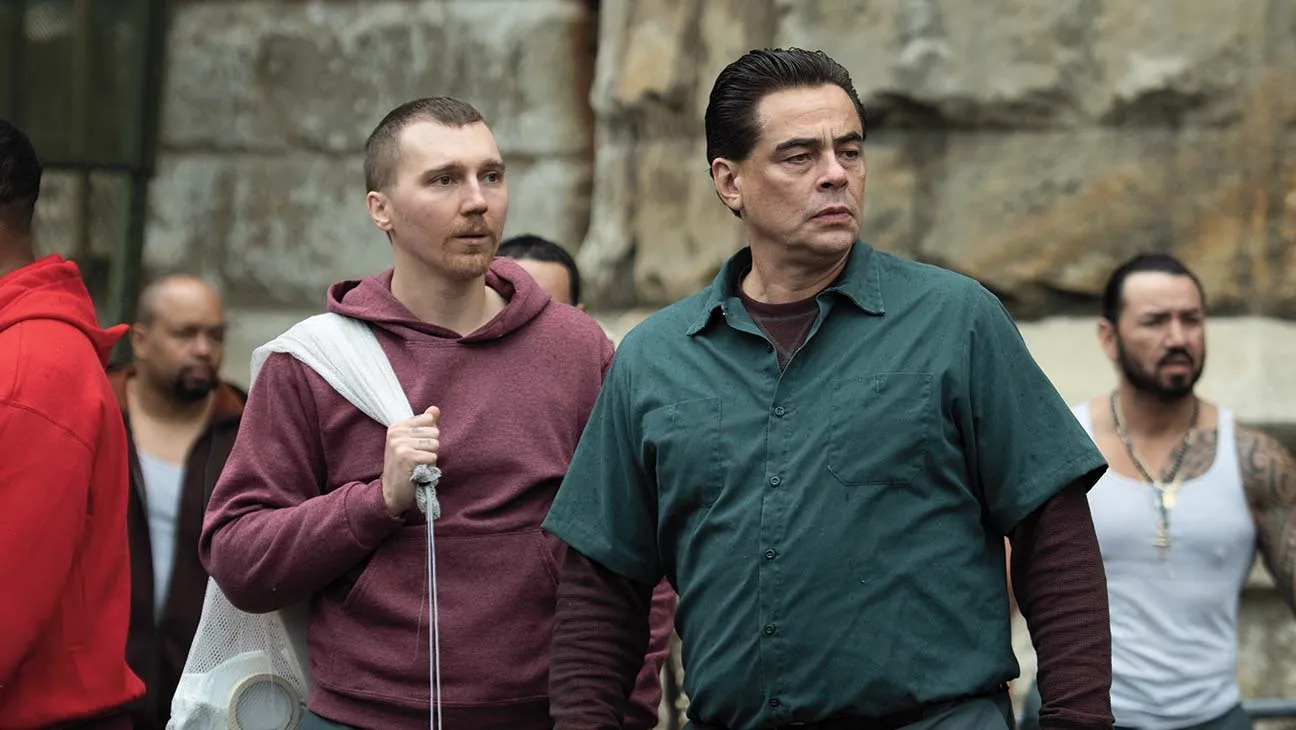 ‘Escape at Dannemora’ is a crime drama series created and written by Brett Johnson and Michael Tolkin, which is based on a true story of the 2015 Clinton Correctional Facility escape in upstate New York. The story is set in a maximum-security prison, like ‘Black Bird,’ revolving around two inmates, Richard Matt and David Sweat. They get sexually involved with a married female prison employee, Tilly Mitchell, who helps them escape from the facility. Interestingly, the characters of Tilly in ‘Escape at Dannemora’ and Jimmy in ‘Black Bird’ are similar in the sense that both get involved with inmates, be it in different ways. 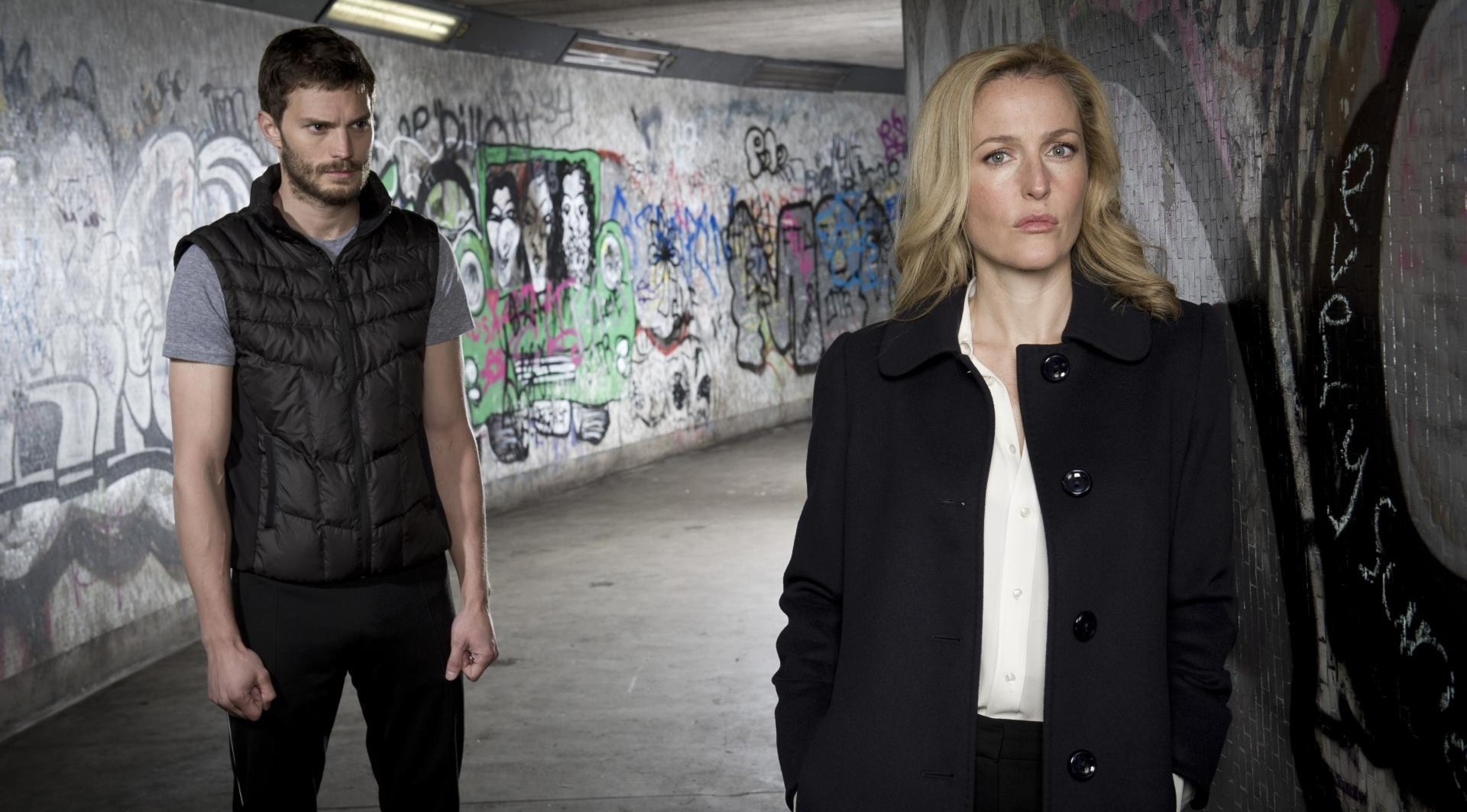 Created and written by Allan Cubitt, ‘The Fall’ is another intriguing crime drama series on this list and follows the lives of a serial killer, Paul Spector, and a female detective, Stella Gibson. The former tends to prey on his victims in and around Belfast, while the latter is focused on catching him before he adds more victims to his list. Although they are entirely different from one another, the only thing that is common between them is their complexity. So, you are likely to find parallels between the relationship and games between Paul and Stella in ‘The Fall’ and the ones between Jimmy and Larry in ‘Black Bird.’ 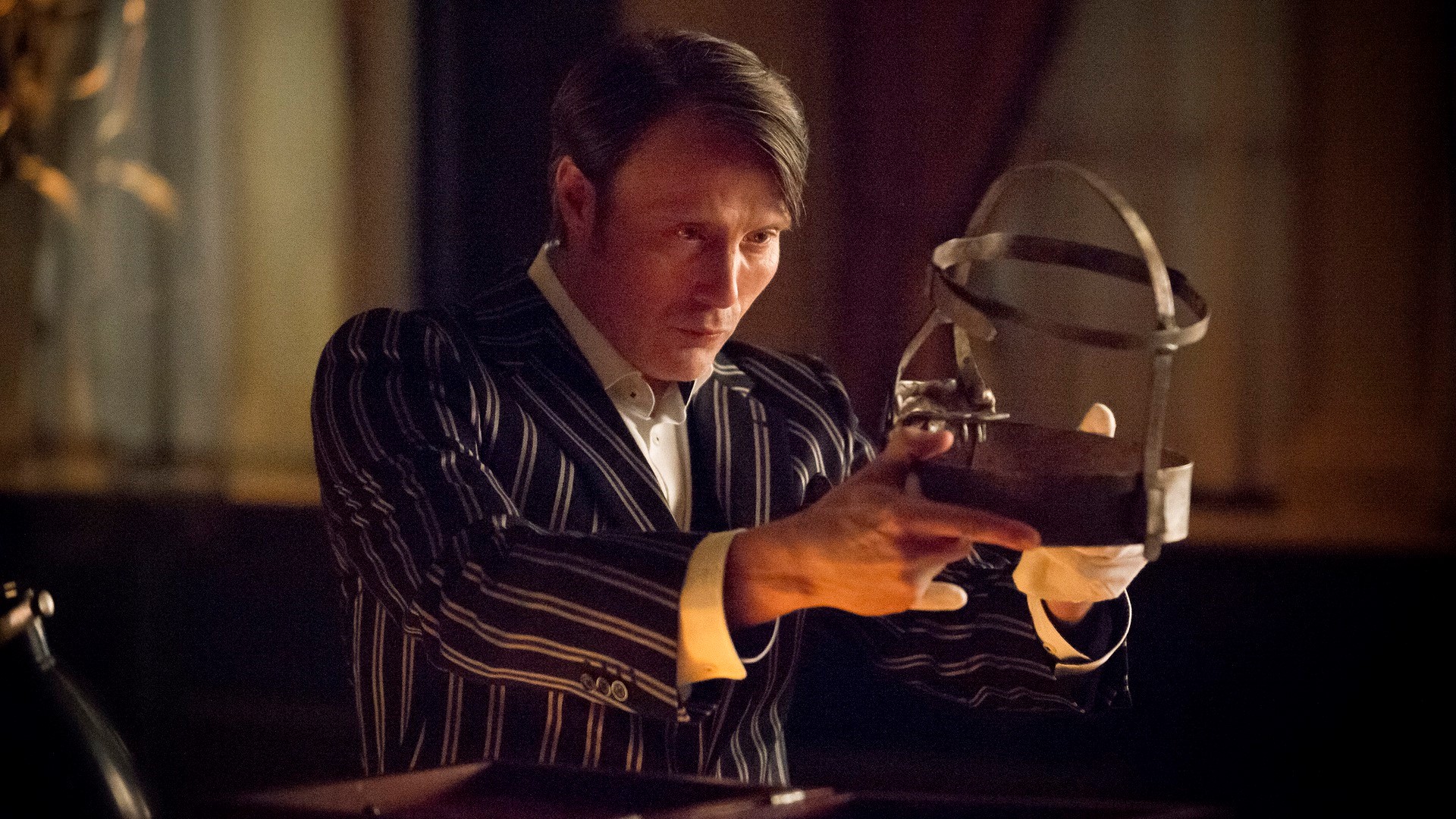 Based on the characters and elements in the novels titled ‘Red Dragon,’ ‘Hannibal,’ and ‘Hannibal Rising’ by Thomas Harris, ‘Hannibal’ is a psychological thriller series developed for television by Bryan Fuller. Much like ‘Black Bird,’ the Mads Mikkelsen-starrer involves Will Graham, who forms a bond with a serial killer, Dr. Hannibal Lecter.

Will is an FBI criminal profiler gifted with the ability to empathize with serial killers, while Hannibal is a renowned forensic psychiatrist. As the former’s suspicions of the latter’s true nature increase with each season, he must do everything in his power to prove his theory right or get a confession out of him. In that sense, the relationship between Will and Hannibal is quite similar to that between Jimmy and Larry. 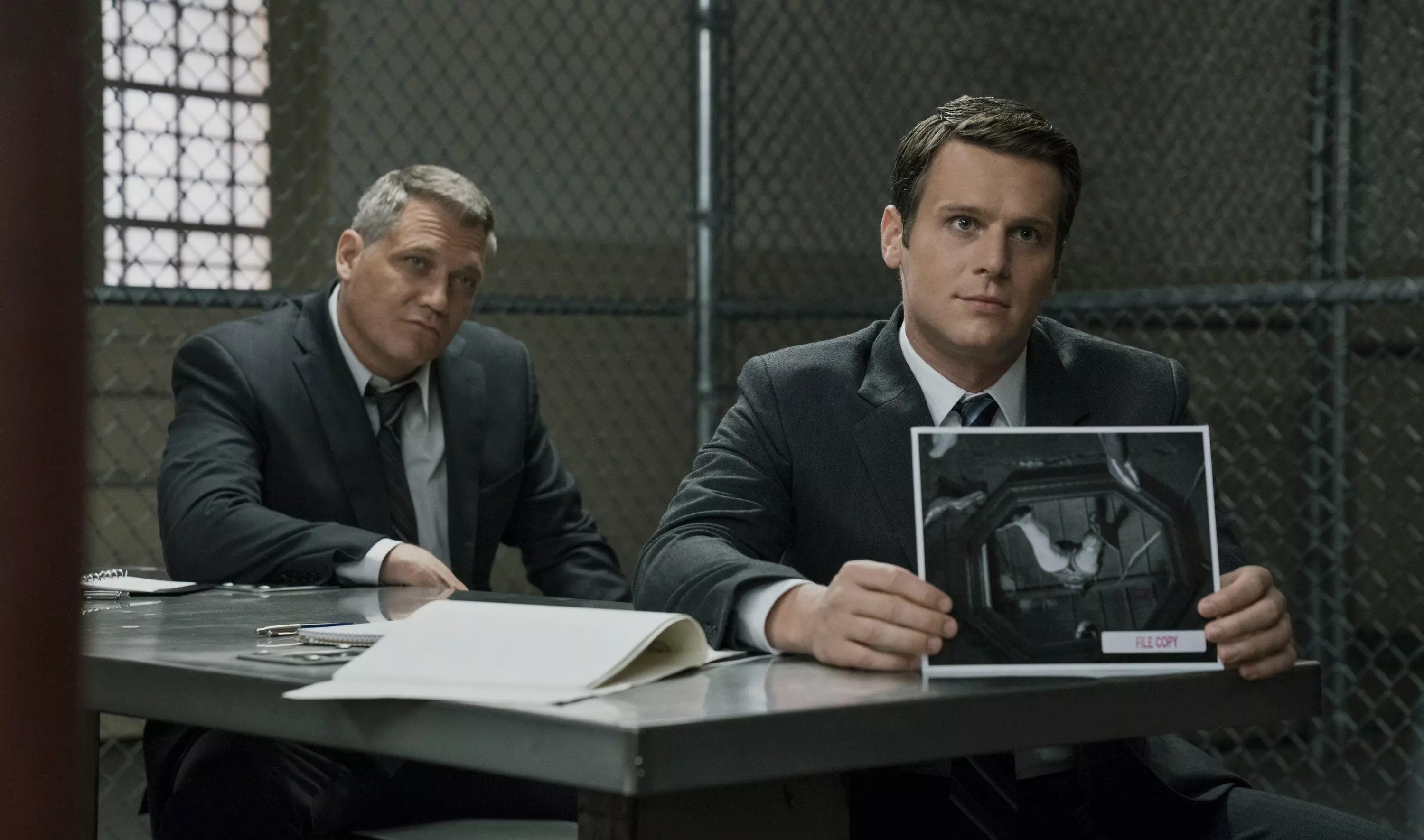 Based on the 1995 true crime book titled ‘Mindhunter: Inside the FBI’s Elite Serial Crime Unit’ by John E. Douglas and Mark Olshaker, Netflix’s ‘Mindhunter‘ is a psychological crime drama series created by Joe Penhall. Set in the late 1970s, the narrative follows two FBI agents — Holden Ford and Bill Tench — whose job is to get inside the minds of serial killers by interviewing them and figuring out the way they think. ‘Mindhunter’ has many links to ‘Black Bird’ as both involve the FBI, serial killers, legal confessions, and some horrendous crimes they have committed. 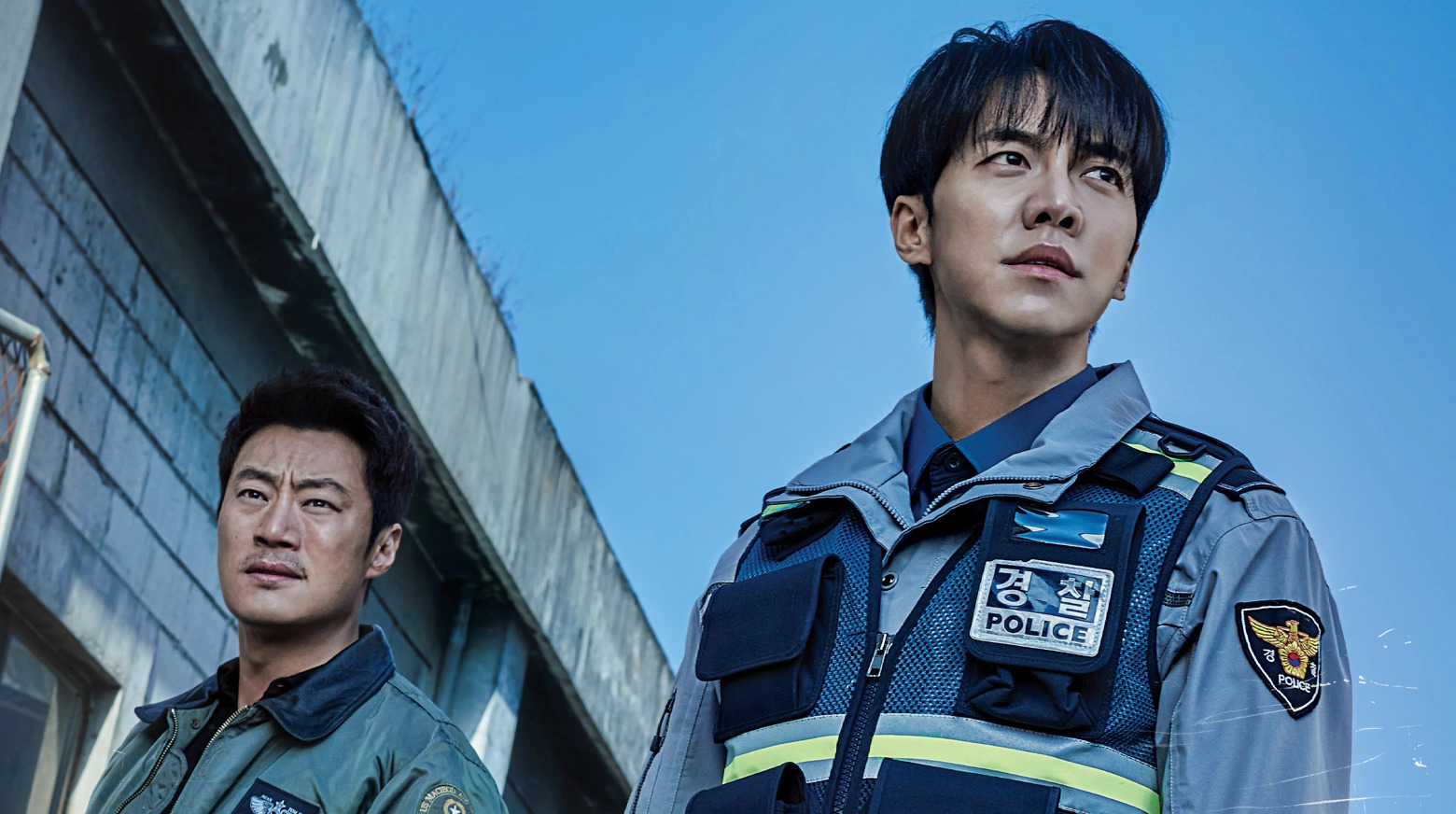 Created by Jinnie Choi, ‘Mouse’ is a South Korean crime thriller series that focuses on Jeong Ba-reum, a rookie police officer whose life turns upside down when he comes face to face with a psychopathic serial killer. To unravel the truth behind such serial killers’ behavior and actions, he teams up with his partner, Go Moo-chi. Like ‘Black Bird,’ ‘Mouse’ also involves the legal authorities obsessing over unearthing the secrets about serial killers to bring them to justice and make the world a better place.

Read More: Where is Black Bird Filmed? Here Are All the Filming Locations