Where is Black Bird Filmed? Here Are All the Filming Locations 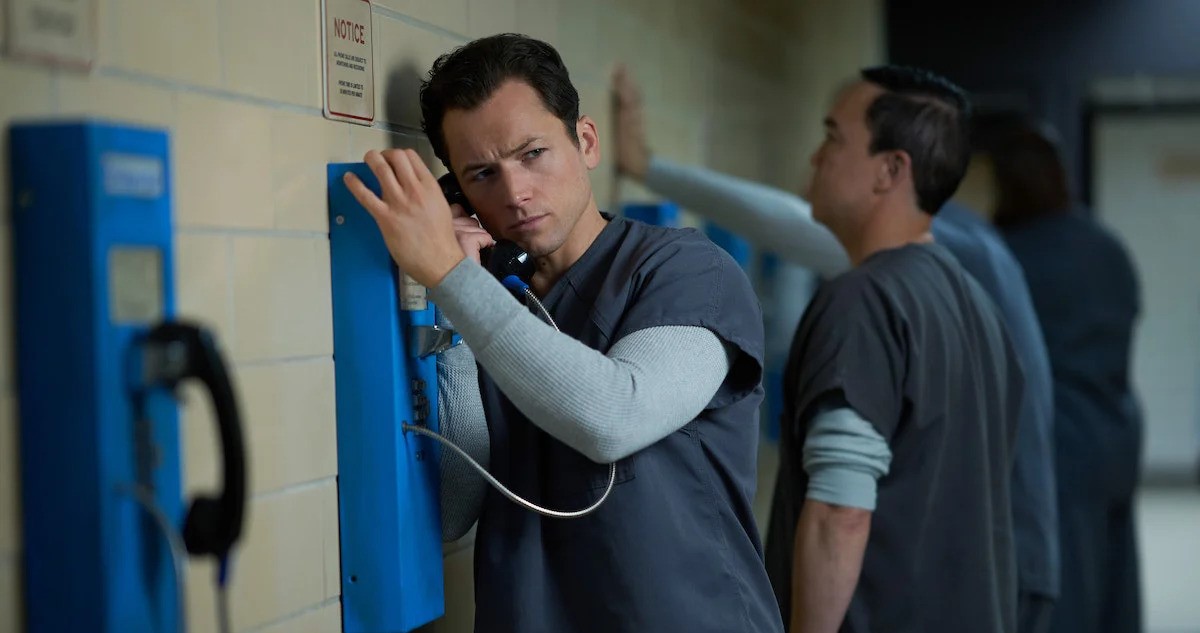 Based on the autobiographical novel titled ‘In With The Devil: A Fallen Hero, A Serial Killer, and A Dangerous Bargain for Redemption’ by James Keene, ‘Black Bird’ is a crime drama series developed by Dennis Lehane for AppleTV+. The narrative revolves around Jimmy Keene, who is sentenced to serve ten years in a minimum-security prison without parole. However, the FBI contacts him and puts a dangerous and life-changing deal in front of him- in exchange for his freedom, he is to enter a maximum-security prison for the criminally insane and befriend a suspected serial killer, Larry Hall.

Jimmy’s main mission is to get a confession out of Larry to put an end to his appeal and keep the latter locked away for the betterment of everyone. The thrilling and suspenseful narrative is complemented by the brilliant performances from a talented cast ensemble comprising Taron Egerton, Paul Walter Hauser, Greg Kinnear, and Ray Liotta. The transition from one prison to another reflects the series’ tone as the narrative takes a darker turn. Other than that, what intrigues the viewers, even more, are the locations utilized in the show, including the two prisons. So, if you are wondering about the actual filming sites appearing in the AppleTV+ series, we have you covered!

‘Black Bird’ is filmed in Louisiana, Illinois, Ontario, and Quebec, particularly in and around New Orleans, the parishes of St. Bernard and Plaquemines. The principal photography for the inaugural iteration of the prison-based series commenced in April 2021 and seemingly wrapped up by September of the same year. Since Lousiana has a reputation for having one of the highest homicide rates in the United States, it is fitting that the production team chooses to tape the show in this state. Now, let’s traverse the specific locations that appear in the crime series!

All the pivotal sequences of ‘Black Bird’ are lensed in and around New Orleans, a consolidated city-parish in the southeastern region of Louisiana. The production team seemingly travels across the city to shoot interior and exterior shots against suitable backdrops. As for the prison scenes, it is possible that they utilize the facilities of an actual penitentiary or a film studio by constructing the entire prison on a set in New Orleans. Either way, the cast and crew of the series do a commendable job at portraying the jail scenes as authentically as they do.

Located along the Mississippi River, New Orleans is famous for its Creole cuisine, distinctive music, diverse dialects, and several annual celebrations and festivals, such as Mardi Gras. Moreover, the city is referred to as one of the most unique cities in the entire nation due to its cross-cultural and multilingual heritage. Crime is a prevalent issue that the locals of New Orleans have been facing for years, which might be a part of why the production team of ‘Black Bird’ deem the city suitable for filming a crime drama.

Due to the city’s prominent role in pop culture and the entertainment industry, it is popularly known as Hollywood South; over the years, many filmmakers have frequented New Orleans for different kinds of productions. Some of the most notable movies and TV shows that have been taped in the city are ‘Deep Water,’ ‘Django Unchained,’ ‘Lolita,’ ‘The Originals,’ and ‘True Detective.’

In late June 2021, the production team was spotted lensing a few pivotal sequences of the first season in Plaquemines Parish in Louisiana with some muscular men who doubled for the prisoners for the series. In the latter stages of filming, in August 2021, the cast and crew of ‘Black Bird’ even traveled to St. Bernard Parish to tape some on-location shots. Moreover, some portions (mostly external shots) of the first season were seemingly lensed in Illinois, as well as in Ontario and Quebec.

Read More: Is Black Bird Based on the True Story of Jimmy Keene?