Where Was Django Unchained Filmed? 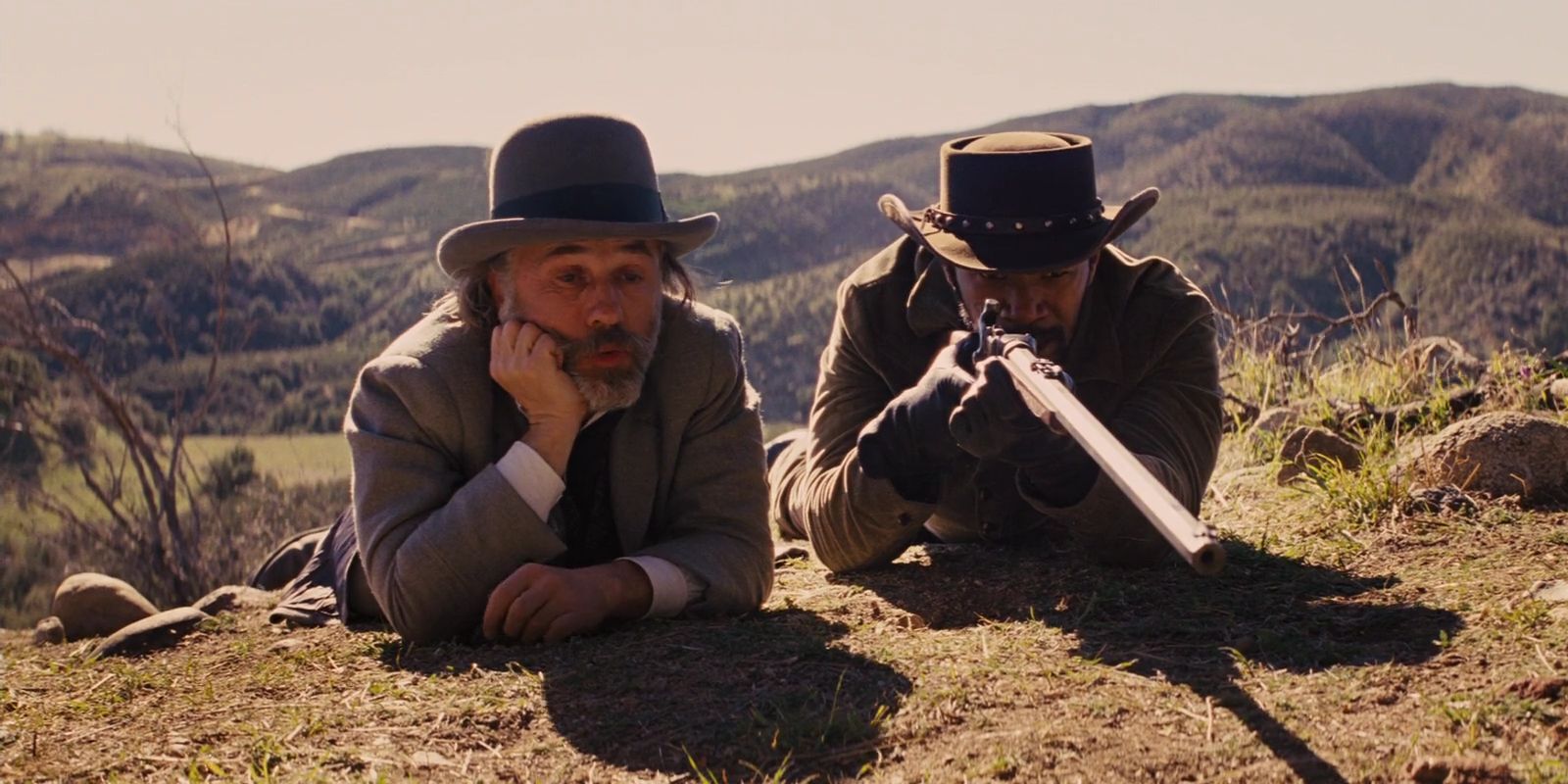 ‘Django Unchained’ is a 2012 historical revisionist western blaxploitation movie and arguably one of the best ones in auteur filmmaker Quentin Tarantino’s oeuvre. Like most of his films, this movie pays its homage to the history of cinema by borrowing freely from Italian westerns and 70s blaxploitation films, but the genius mind of Tarantino always leaves a signature dose of black comedy infused with spectacular violence, and this film is no different. Django (Jamie Foxx) is enslaved until he is liberated by an ornate dentist-tuned-bounty hunter named Dr. King Schultz (Christoph Waltz).

Together, the duo embarks upon a journey to hunt down racist criminals, slave owners, and overseers. Packed with a visceral bloodbath, inglorious deaths, and some acutely distressing moments, this film does enough to bring out the horror of the turbulent era in the history of the States, albeit in a provocative way. The party moves on from jungles to vast terrains, to lush villas and muddy ranches to shed light on the film’s historical timeline. Now, creating a historical flick requires a lot of research and scouting. If you wish to explore the locations shown in the film, let us be your guide in the journey.

‘Django Unchained’ was filmed in its entirety in the US, specifically in California, Louisiana, and Wyoming. Principal photography commenced in November 2011 and wrapped up by July 27, 2012. Bounty hunter Dr. Schultz and his associate Django Freeman move a lot around the States, from Texas to Tennessee and Mississippi. The director and his team visited numerous places for the purpose of shooting. There were also some hiccups in the process but Tarantino passed all the hurdles with flying colors. Now let us visit the specific locations where the film was shot!

The early picturesque shots capture a rocky terrain, and we see Django and other people who are enslaved being carried on a leash by their white owner. Although labeled as “Somewhere in Texas” the scene was not shot in Texas but across the Alabama Hills, a range of hills near the eastern slopes of Sierra Nevada, west of Lone Pine in Inyo County. Due to its proximity to Hollywood, the region has a history of hosting cinematic productions. You can spot the same location in some scenes in ‘Iron Man.’

Shortly after, we meet Dr. Shultz, who comes to the slave owner with a business offering. The scenes were filmed in the forested region of Independence, by I-395, a few kilometers north of Lone Pine. The town is also well-known for the Lone Pine Film Festival, which takes place every year over the Columbus Day weekend.

After Django is freed, the two head to the quintessentially western town of Daughtrey, Texas, and trouble brews. Cinema often uses one location as another, and you may be surprised to learn that the scenes were not filmed anywhere near Texas. The scenes were rather filmed in the historically significant Melody Ranch Motion Picture Studio, a replica western town, located at 24715 Oak Creek Avenue in Newhall, the southernmost community of Santa Clarita, a few miles north of LA.

Since its inception in 1915, the ranch has been featured in numerous western films and television series, including John Wayne’s early classics. A devastating fire in 1962 destroyed much of the ranch, but it has since been restored to its previous glory.

The crew visited a few more ranches in the process of filmmaking. After unleashing hell in the presumably Texan town, the duo plan to sabotage the ritualistic gathering of a racist cult of a bunch of bag heads. The scenes were filmed at the Big Sky Movie Ranch, another movie production set at 4927 Bennett Road in Simi Valley, within the 30 Mile Studio Zone, just outside LA.

Additionally, some scenes were filmed at another ranch in LA. The crew filmed at Upper Las Virgenes Canyon Open Space Preserve, in Ahmanson Ranch, a vast ranch located at the Western end of Victory Boulevard in Los Angeles County, with Simi Valley on the north and Woodland Hills on the east.

In the film’s early moments, the duo undertakes a chilling horseback journey from Texas to Tennessee. The scenes were originally scheduled to film in the mountainous region of Mammoth in California, but the lack of enough snow reportedly thwarted the crew off the plan. Instead, the production team shot the scenes in the Jackson Hole valley in Wyoming, near the Idaho border.

The sequence was filmed in and around the vast natural repository of Grand Teton National Park, with scenes being shot in Kelly Warm Springs, where Django takes a replenishing bath. Some scenes were filmed in The Bar BC Ranch and the National Elk Refuge, a wildlife reserve territory for elks, located at 675 East Broadway Avenue in the same region of Jackson Hole.

After the wintry episode, the duo reaches a decadent villa to look for the Brittle brothers. Although the house is set in Gatlinburg, which is a mountain resort city in Sevier County, Tennessee, the director and his team filmed most of the sequences in the southern state of Louisiana. A property within the landmark Evergreen Plantation, that flaunts Greek Revival architecture, stood in for the lush manor of the film.

Constructed in 1790, the historically relevant plantation complex is located at 4677 LA-18 in Edgard near Wallace. This was not a cotton plantation, so the crew had to grow Fava Bean plants and cover them with some artificially strung cotton.

Additionally, some scenes were filmed on and around the Whitney Plantation at the eponymous Historic District, a preserved plantation complex located at 5099 LA-18 in Edgard not too far from Evergreen Plantation.

The living quarters of “monsieur” Calvin Candie was a location that was constructed by the director and his skilled production team with a sleight of hand. The house’s exterior was set up on location with the sugarcane fields of Evergreen Plantation as a background, but the interiors were filmed in a controlled studio environment.

Like the one with two slaves in a brutal fistfight, the memorable and violent interior sequences were filmed mainly in the historically pertinent location of Second Line Stages studio, a major movie production hub situated at 800 Richard Street in New Orleans.