Was Richard Floyd McCoy Jr. D.B Cooper? How Did He Die? 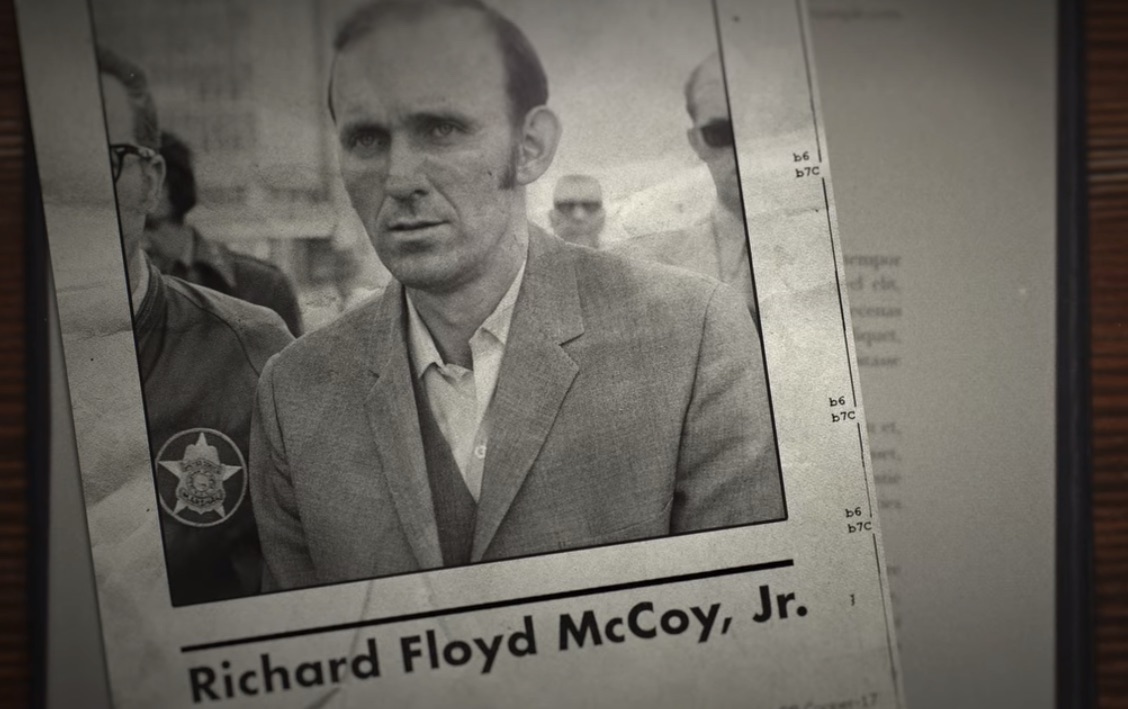 The identity of D.B. Cooper is one of the most well-known unsolved mysteries in the world. The hijacking that got him $200,000 in ransom is still investigated by professionals and amateurs alike, with no one any closer to proving who he really was. A number of suspects have emerged over the years, while some people have confessed to being Cooper while on their deathbeds. Netflix’s ‘D.B. Cooper: Where Are You?!’ looks into Tom Colbert’s claims that Bob Rackstraw is the mysterious hijacker. There is, however, another man who has been considered a serious contender for the position. Here’s all you should know about Richard Floyd McCoy, Jr.

Much like any other suspect in the case, it is not confirmed whether Richard Floyd McCoy was really the infamous D.B. Cooper. There is, however, a lot of evidence, though nothing concrete, that points towards the possibility.

McCoy was a Vietnam War veteran, who served two terms in the army. He was a Green Beret and received the Purple Heart, a Distinguished Flying Across, and an Army Commendation Medal for his service. He had an intensive knowledge of flying and skydiving. He was also a member of the Utah Air National Guard and was a Police Science Major at Brigham Young University. His background gave him the necessary skill set to pull off a heist like D.B. Cooper’s. While it was never proved that he did commit that crime, he was sent to jail for another similar skyjacking incident.

Four and a half months after D.B. Cooper disappeared into the night with $200,000, McCoy executed a heist of his own. He hijacked the United Airlines Flight 855, flying from Newark to Los Angeles with 85 passengers. What’s interesting is that McCoy’s plan was very similar to Cooper’s. He threatened the crew with an explosive (a grenade in this case), though succeeded in keeping it so quiet that the passengers didn’t realize the threat until much later. McCoy asked the stewardess to give a sealed envelope that contained detailed instructions to the captain. 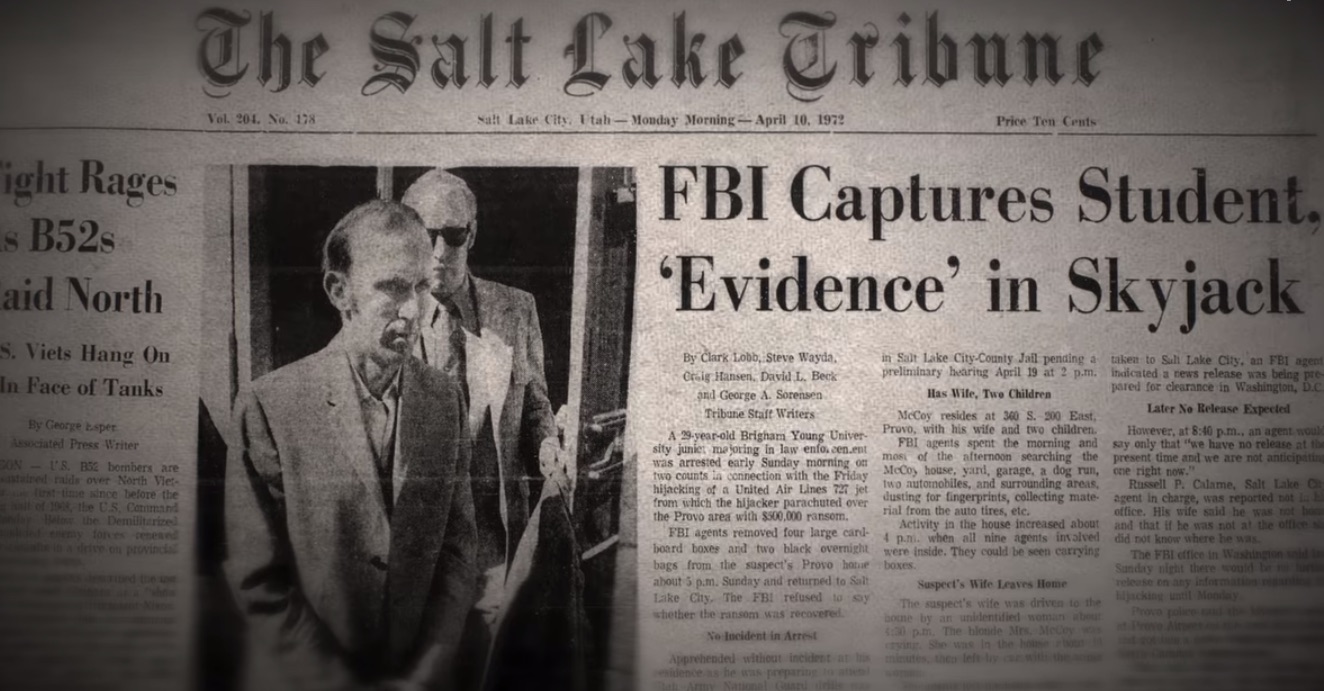 McCoy wanted the plane to land at San Francisco International airport, and demanded $500,000 in cash, along with four parachutes. After his demands were met, he released the passengers and then ordered the crew to fly the plane. Further, he gave instructions about where to take the plane and at what speed, much like Cooper did in his own heist. After the cabin was depressurized he jumped mid-air with the money. While the location of Cooper’s money and parachutes remains a mystery to this day, one of McCoy’s parachutes was found by a fourteen-year-old boy. The investigation led the authorities directly to McCoy who was then charged with a crime. While he maintained his innocence and was initially indicted, a search of his house resulted in incontrovertible evidence that he was in fact the hijacker.

The nature of his crime drew similarities with the still fresh D.B. Cooper case. He also seemed to match Cooper’s sketch, but the theory received a setback when the stewardess did not identify him as Cooper. Another theory that pushed the case of him being the skyjacker everyone is looking for is the confirmation of his presence around the area where Cooper is supposed to have landed. There are gas station receipts and telephone records to back it, but it is considered nothing more than circumstantial evidence.

Further, the FBI believes that because he was with his family the day after Cooper’s heist, he most likely was not connected to the case. They also believe that he didn’t fit the profile of someone like Cooper, considering McCoy more competent than his counterpart. However, this hasn’t stopped people from concocting their own theories over the years, trying to find the proof that will settle that Richard McCoy was D.B. Cooper, once and for all.

Richard McCoy died in his early 30s in Virginia on November 9, 1974. He is buried at Mark Hebrew McCoy Family Cemetery in Cove City, Craven County, North Carolina. His death came after he was found guilty of hijacking Flight 855 and was sentenced to 45 years in prison. However, soon enough, he planned a prison break and escaped with a couple of other convicts. He was found three months later in Virginia. Welcomed by three FBI agents at his hiding place, he opened fire to escape arrest. In return, the agents shot back, which led to McCoy’s death.

Read More: Who was Barb Dayton? Was She D.B Cooper? How Did She Die?