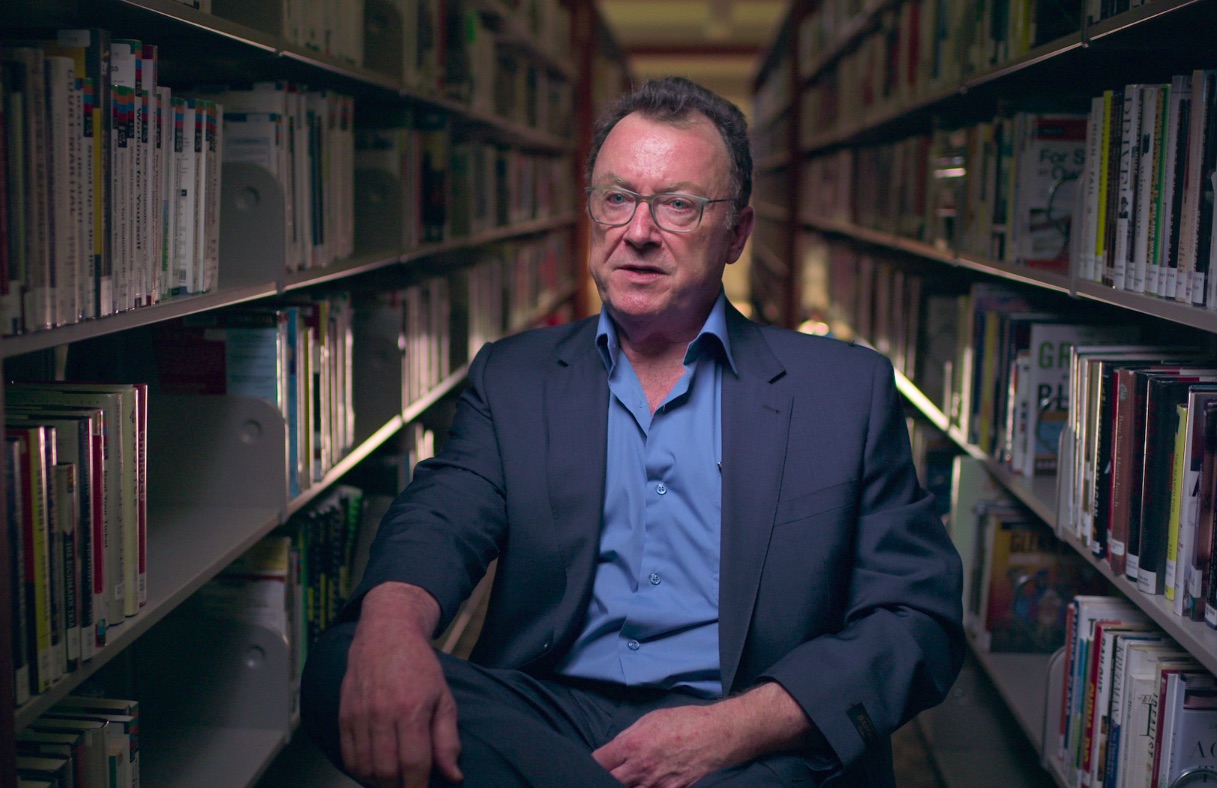 Netflix’s ‘D.B. Cooper: Where Are You?!’ follows the decades-long mystery behind the identity of D.B. Cooper. Now considered the stuff of the legends, the skyjacker made an impossible escape after hijacking a Boeing flight and getting $200,000 in ransom in 1971. As time passed, Feds got involved with the case and several suspects were looked into, but nothing led to the answer that everyone had been waiting for. With the Internet, online communities surfaced, with everyone trying to figure out just what happened to D.B. Cooper. With almost every other sleuth trying to crack the case from the comfort of their home, there were only a few investigative journalists who really gave their all to it. Tom Colbert is one of them. Here’s all you should know about him.

Who is Tom Colbert?

Tom Colbert is the co-author of ‘The Last Master Outlaw’, a book about his investigation into the D.B. Cooper case. Having previously worked as a field producer and researcher for KCBS, Colbert is known to have an “indefatigable curiosity to uncover the truth.” It was this fire to get to the bottom of every mystery that sustained Colbert’s investigation of the infamous skyjacking for a decade or so. He first got into it in 2011, when he received a tip about the cash that was discovered in 1980 near an Oregon riverbank. As he followed up on what looked like a solid lead, he found himself zeroing in on Bob Rackstraw.

Rackstraw’s military background and a criminal record made him an ideal suspect for D.B. Cooper. His old pictures matched Cooper’s sketches. His time in the army gave him the necessary skill set for skyjacking. The fact that the FBI had also been interested in him for Cooper gave Colbert enough incentive to dig further into the claims. The researcher employed the help of military vets, ex-cops, and other researchers to develop the stack of evidence against Rackstraw. The team, which came to be known as the Cold Case Team, found a variety of things that gave more weight to Colbert’s suspicions.

To confirm his theory once and for all, Colbert approached Rackstraw, luring him in with $10,000 and a book and movie deal, to get him to confess. “I wanted him to come clean,” he said. “Several attorneys told me the most he was going to get was two to three years. I told him he might get time served and probation. He’d wear an ankle bracelet and never have to buy a beer again the rest of his life.” However, Rackstraw didn’t take the bait. Despite this Colbert was convinced that he’d found D.B. Cooper. However, others started to find loopholes in his claims.

His evidence was rejected by the History Channel in their D.B. Cooper documentary. Further, Colbert also discovered that the FBI was keeping a lot of evidence away from the public eye, and suspected that they might be hampering his investigation while being in cahoots with the CIA. When he sent a sample of what he and his team thought was a part of Cooper’s parachute to the FBI, he never received a follow-up. When the Feds announced that they were closing the case and would only take physical evidence into consideration from now on, Colbert sued them and got them to release all the information they had on the case. Going through these files, Colbert and his team found more evidence that pointed towards Rackstraw.

Despite Colbert’s efforts to convince the world that the D.B. Cooper mystery was solved, the lack of concrete proof, something that indelibly tied Rackstraw to the skyjacking has kept others from accepting his claims.

Where is Tom Colbert Now? 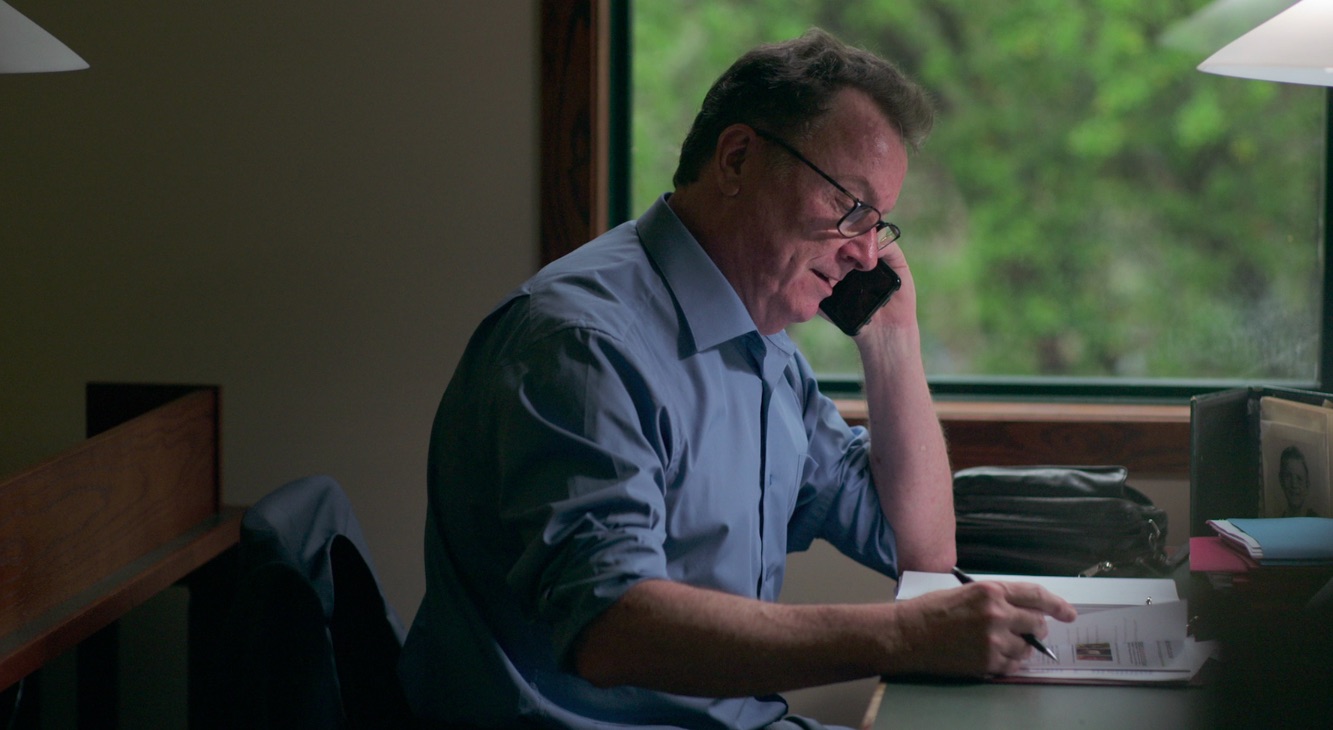 Tom Colbert resides in Newbury Park, Ventura Country, California. He is the founder of Industry R&D, which provides studios and other clients with developable true-life stories. These stories are then converted into books and movies, most notable of which are Rachel McAdams’ ‘The Vow’ and Cybill Shepherd’s ‘Baby Brokers’, among others. With his wife, Dawna, he has also created a non-profit corporation called, The Case Breakers, which has “an elite unit of former public servants to tackle the societal scourge”. Its goal is to “solve cold cases, fund volunteer teams, and promote careers in all branches of service”.

After spending almost $250,000 or so on the D.B. Cooper case, the 60-something investigative journalist closed the investigation in February 2018. He is happy to share resources if anyone wants to get into the case, but he is, now, more focused on his job to bring true stories that can then be told to the public in different forms. With The Case Breakers, he has turned his focus on other unsolved cases. The website claims to have “concluded Zodiac hunt; the remains of Jimmy Hoffa have allegedly been located, and there is a stunning update coming in the Atlanta Child Murders case.” If so, we believe there are a few more documentaries on the way where the audience will be seeing Colbert again.