Was Ryan Bane Married? Who is His Ex-Wife? 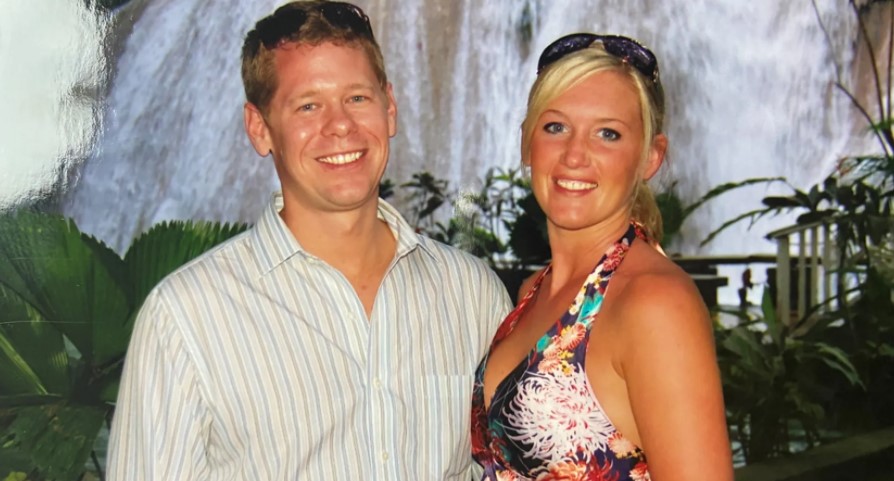 When Sarm Heslop suddenly disappeared from her boyfriend’s boat in the US Virgin Islands in 2021, an intense search ensued. However, the boyfriend, Ryan Bane, reportedly made some questionable decisions after Sarm Heslop went missing. NBC News’ ‘Dateline: Siren Song’ focuses on the tragic missing person case. Then, in the weeks after the incident, Ryan’s ex-wife spoke to the media and shared her experience living with him. So, if you’re curious to learn more about what she had to say, we’ve got you covered.

Was Ryan Bane Married? Who is His Ex-Wife?

Corie Stevenson knew Ryan Bane when they were younger since they went to the same high school. Then, in 2008, they married in Michigan, and everything seemed to be falling into place for her. At the time, Corie worked as a nanny and had a daughter, Grace, from a previous relationship. But things changed soon after, with Corie saying, “Ryan’s personality changed once we got married. It was a beautiful wedding in 2008, but it was like he flipped a switch.” Corie added that she had to get home early from the honeymoon because she feared for her safety.

Then, in 2011, Corie was driving them from a wedding to their home in Lake Orion, Michigan, when she asked Ryan to help her with the navigation. At the time, Corie said he had been drinking. The incident quickly escalated when he apparently got angry and began kicking the dashboard, the gearshift, and her. Corie pleaded with him to stop, but things only worsened once they got home. According to her, Ryan yanked her out of the car and later tackled her. As per the police report, Corie had a chipped tooth after he slammed her face into the ground.

Corie said, “I was absolutely terrified while it was happening. I saw the devil behind his eyes, and it scared me. It was a totally different person who was there. It was petrifying.” She eventually called 911 from the garage, and the authorities arrested Ryan. The report also stated that she had other injuries like a bloody earlobe and scratches on her shoulder and neck from Ryan choking her out.

Ryan was later sentenced to 60 days, serving 21 days. Corie stated that her ex-husband displayed a pattern of verbally and physically abusive behavior. She claimed that he didn’t treat Grace well, adding, “I couldn’t leave Ryan home alone with Grace because he would be so mean to her.” Corie also believed he was unfaithful during their marriage and had hurt animals from their backyard. She alleged that Ryan once left a dead squirrel in the freezer for her to find.

Ultimately, Corie and Ryan divorced in 2014. In March 2021, Ryan’s girlfriend Sarm Heslop mysteriously disappeared, prompting Corie to share her story. She said, “My darkest days are out there, and now everyone on the planet knows. But if it helps this girl’s family, then I guess I’m willing to do that.” Corie further added that she began carrying a gun with her since the incident and said she slept with a shotgun close to her throughout their divorce proceedings. Since then, Corie has moved on and lives with her fiancé Ralph Carpenter in Florida.