Warner Bros. and Amazon Studios have released the first trailer for the long-awaited ‘The Goldfinch.’ The movie is an adaptation of Donna Tartt’s acclaimed best-selling novel of the same name, which won the 2014 Pulitzer Prize and the Andrew Carnegie Medal for Excellence in Fiction. ‘The Goldfinch’ features a star-studded cast that includes Ansel Elgort, Nicole Kidman, Sarah Paulson, Jeffrey Wright, Finn Wolfhard, and Oakes Fegley.

The movie is directed by John Crowley, who is known for ‘Brooklyn.’ The plot revolves around ‘Theo’ Decker (played by Ansel Elgort), who lost his mother when he was 13 years old in a bomb blast at the Metropolitan Museum of Art. The tragic incident turns his life upside down. He plunges into a life of grief, guilt, reinvention, redemption, and love. But throughout the turbulence, he holds tightly onto a painting of ‘The Goldfinch,’ which is the last living memory of hope for him.

‘The Goldfinch’ is shot by the legendary cinematographer Roger Deakins, who handpicked the project after an Oscar win for ‘Blade Runner 2049.’ Oscar nominee Peter Straughan, who is known for ‘Tinker Tailor Soldier Spy,’ adapted the screenplay from Donna Tartt’s novel. Oscar-nominated production designer K.K. Barrett, who is known for ‘Her,’ editor Kelley Dixon of ‘Breaking Bad’ and costume designer Kasia Walicka Maimone, known for ‘Bridge of Spies,’ also join the project. Trevor Gureckis leads the music department.

Elgort described the movie as an epic story when he spoke at CinemaCon last month. “Well, I read the book and it is an epic story, really great. And I heard they were making a movie, John Crowley directing it and Roger Deakins, who had just won the Oscar for ‘Blade Runner,’ and I knew they would be able to capture Donna Tartt’s tone, and that was so important,” said the actor.

Crowley’s last outing as director was the Oscar-nominated ‘Brooklyn.’ The movie got nominations for Best Picture, Best Actress and Best Adapted Screenplay.

‘The Goldfinch’ is produced by Warner Bros. Pictures, in association with Amazon Studios, Color Force Production, and John Crowley Film.

Watch the official trailer and poster for ‘The Goldfinch’ below. 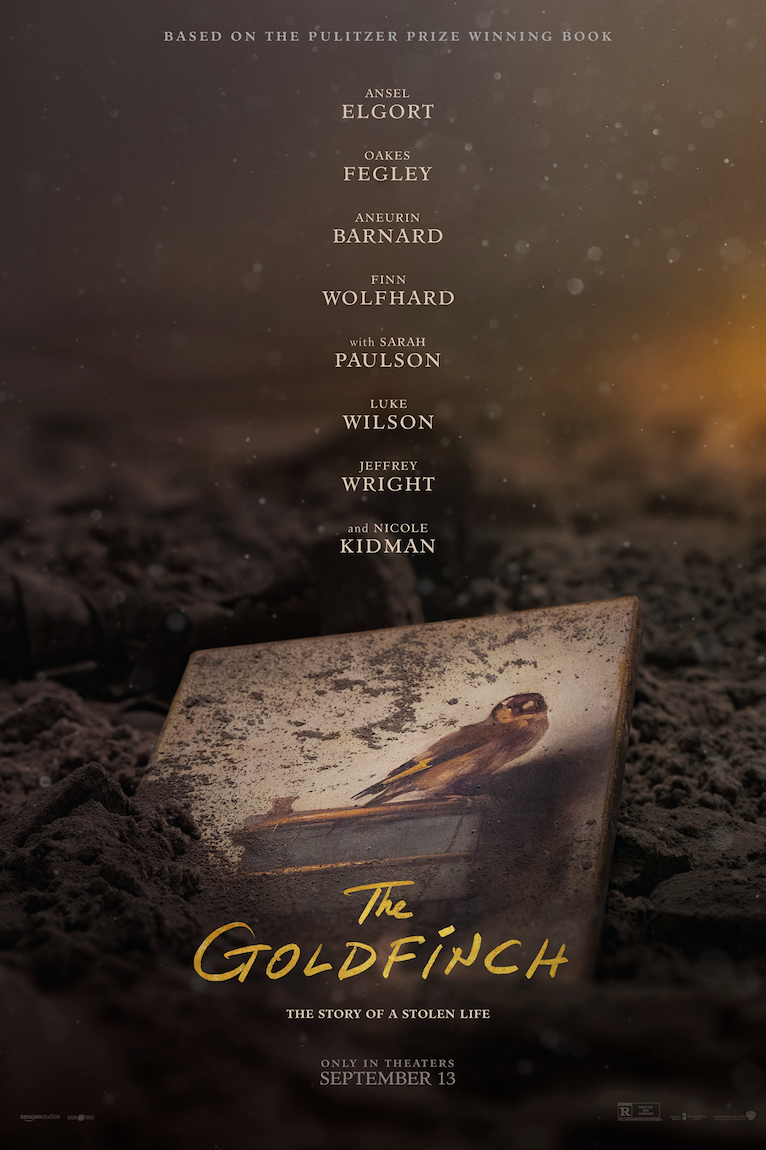