Where To Stream ‘We Summon The Darkness’? 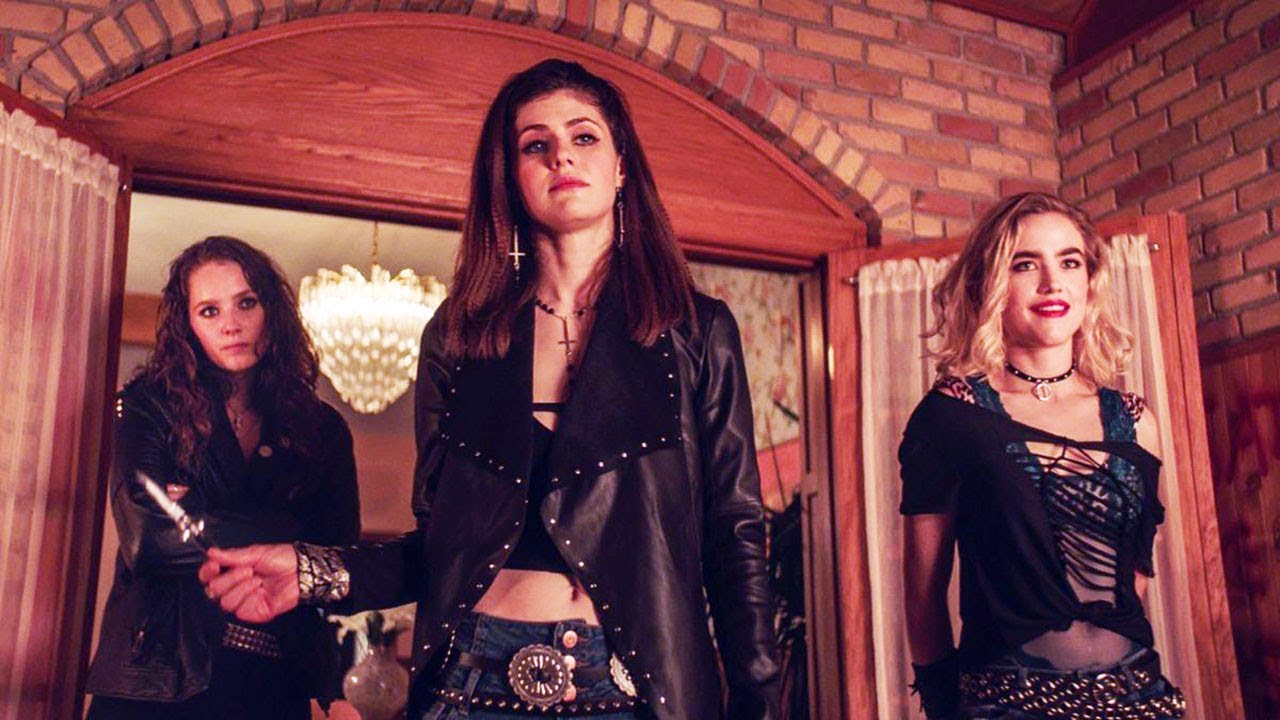 Horror films have been a fan-favorite since the day it arrived in the world of entertainment. Fear is something most of us would like to experience as little as possible in our real lives. However, we do enjoy getting afraid if it is done in a harmless manner, and this is the reason horror films have always enjoyed massive popularity all across the world. Marc Meyers, whom we already know for the serial killer film ‘My Friend Dahmer’, has now come out with his latest venture, ‘We Summon The Darkness‘. This film centers around three girls who have been trapped by a group of Satanists with murder on their minds. Alexandra Daddario and Keean Johnson play the leading roles in this film. You must be eager to know where you can stream ‘We Summon The Darkness’ online. We are here to tell you just that, but before we do so, let us walk you through what the film is about.

What is We Summon The Darkness About?

‘We Summon The Darkness’ centers around three girls called Alexis, Val, and Beverly who go to a metal concert and come across three like-minded men with whom they soon spark up a friendship. Meanwhile, the news is heard that a Satanist cult’s wild killing rampage has already taken the lives of 18 people across America. After the concert is over, these girls decide to go to a secluded country home owned by Alexis where they wish to engage in a night of fun and frolic with these guys. However, nobody can be trusted when a group of violent serial killers is roaming freely around the country. Soon things turn violent and now the party which was supposed to be brimming with fun and booze takes a deadly turn.

Is We Summon The Darkness On Netflix?

There is hardly any other streaming service that even comes close to the popularity that Netflix enjoys. Netflix boasts of a brilliant collection of films and TV shows which they have either originally produced or sourced from different parts of the world. However, ‘We Summon The Darkness’ is a film that is not available on the platform currently. However, you can check out similar films on Netflix like ‘Hush‘, ‘The Texas Chainsaw Massacre‘, ‘Green Room‘, and others.

Is We Summon The Darkness On Hulu?

Hulu has proved itself to be a consistent player in the online streaming market for quite some time now. The streaming service has a highly curated collection of films and TV shows to meet the varied tastes of its strong subscriber-base. However, owing to the fact that ‘We Summon The Darkness’ is still running successfully in theaters, you will not be able to stream the movie on Hulu at the moment. However, Hulu boasts of a brilliant collection of horror films from which you can take your pick like ‘Mother!‘, ‘The Clovehitch Killer‘, and others.

Is We Summon The Darkness On Amazon Prime?

If there is any streaming platform in the world that can be called Netflix’s closest rival at the moment, the honor has to go to Amazon Prime. Their collection of movies has been carefully curated from all around the world and has something for everyone’s taste. Although you will not be able to stream ‘We Summon The Darkness’ on Amazon Prime, you can check out similar films on the platform like ‘Carrie‘, ‘Sleep Tight‘ and others.

Where Can I Stream We Summon The Darkness Online?

‘We Summon The Darkness’ is still running successfully in theaters and thus is not available for online streaming anywhere at the moment. If you want to immerse yourself in the film and get the best possible experience out of it, we suggest you head towards your nearest theater right away.

Is We Summon The Darkness Out On DVD and BluRay?

The DVD and BluRay for ‘We Summon the Darkness’ is expected to be out within three months of the movie’s theatrical release. Usually, after a film hits the halls, the DVD and BluRay are made available within 2-3 months.

Can I Stream We Summon The Darkness Online For Free?

Sorry freeloaders, there is no way for you to stream ‘We Summon The Darkness’ online for free. In this world of streaming platforms and franchise films, original films are already under threat. We encourage you to support the same by watching these films in theaters as much as possible.

Read More: Where To Stream The Shining