Review: ‘Weathering With You’ is a Beautiful Fantasy Teen Romance 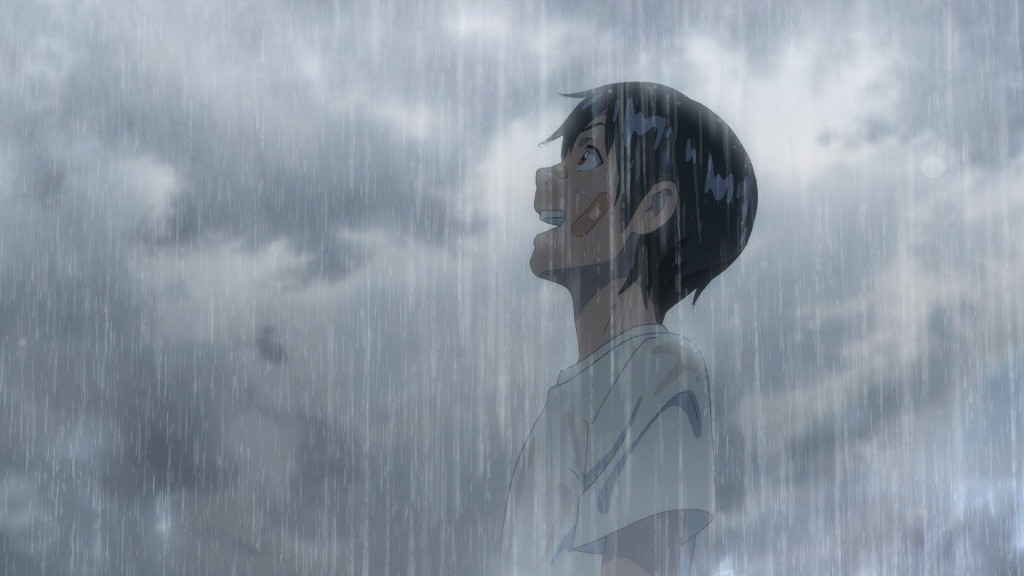 More than the final verdict, more than perhaps anything about the film, what audiences or Otakus will remember most about Makoto Shinkai’s latest worldwide hit ‘Weathering With You’, Japan’s official entry for Best Foreign Film at the Academy Awards this year, would be the eager enthusiasm with which film is being anticipated in markets outside Japan. Rarely does an anime film receives a theatrical release outside Japan, despite the presence of huge audience across the globe. But thankfully I got to see Weathering With You because thousands of young Otakus made sure through an online petition that did the rounds on the internet, and personalized letters to the director to have the film theatrically released across India.

The biggest theatre chain in India obliged, and were rewarded to the tunes of thousands of young anime fans turning up all over the country to witness anime auteur Shinkai’s fantastical vision. As I said, regardless of what they felt for the film, I could see a lot of satiated faces before the film even started, and that in itself is a big green beacon for future anime releases to find their way to Indian markets.

Audiences across the world, or those who have been wowed by Shinkai’s work in the past have taken the liberty to label Shinkai’s latest as a “spiritual” or “thematic” follow up to possibly his best work to date, ‘Your Name’, which it is, in a lot of ways, especially when you consider this film roughly employing the same structure as ‘Your Name’. What it also inadvertently does is invite comparisons, some of them even fair. I will state right at the outset that you are bound to be just a tad bit disappointed if you bring the comparisons, even if unwittingly. However, as I said earlier, I must also impress that ‘Weathering With You’ is very much its own film, even if it appears to want to repeat the success of its spiritual predecessor. 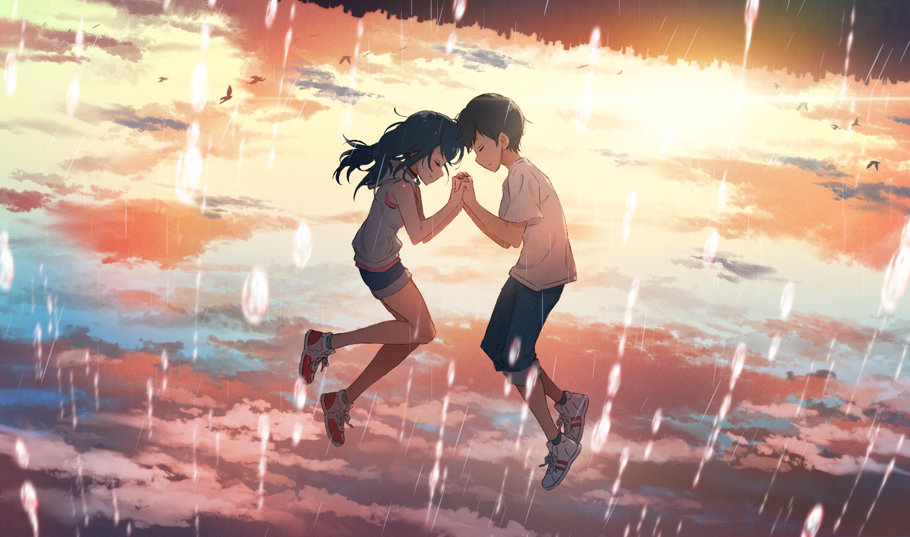 The story follows Hodaka Morishima, a young runaway high school student who enters Tokyo and struggles to survive on the streets during a period of incessant torrential downpours. He befriends Keisuke Suga who had also earlier saved his life on the ferry that brought him to the city, and begins working and staying with him, shadow writing for prestigious publications on various topics. His on ground investigation about urban legends in Tokyo about the unusual weather phenomena brings him in contact with Hina Amano, a young girl who can seemingly control the weather and conjure sunshine in a time of constant rain in the city.

Together the two set up a business to monetise on Hina’s fantastical gift, only for their boon to turn into their bane as another urban legend regarding Hina’s abilities comes to light. How the two find their way back to each other despite mounting odds and adverse weather forms the rest of the story of the film.

Like most of Shinkai’s previous work, ‘Weathering With You’ benefits from the fleeting high and innocence of young romance that faces the odds of the world, brought out in stunning animation. That the odds facing them are all too fantastical: in this case, an insurmountable downpour that lasts years on end and an urban sacrificial legend that threatens the very existence of Hina, lends an almost mythical quality to the proceedings, but never at the cost of the relationship driving it all.

While the love story at the centre of it may be something you would have seen a number of times in all types of films from across the world, how it happens: melding beliefs, myth, legend, tradition, religion, urbanism, fantasy, surrealism and so much more: is what should draw you and keep you invested in this sublime film. 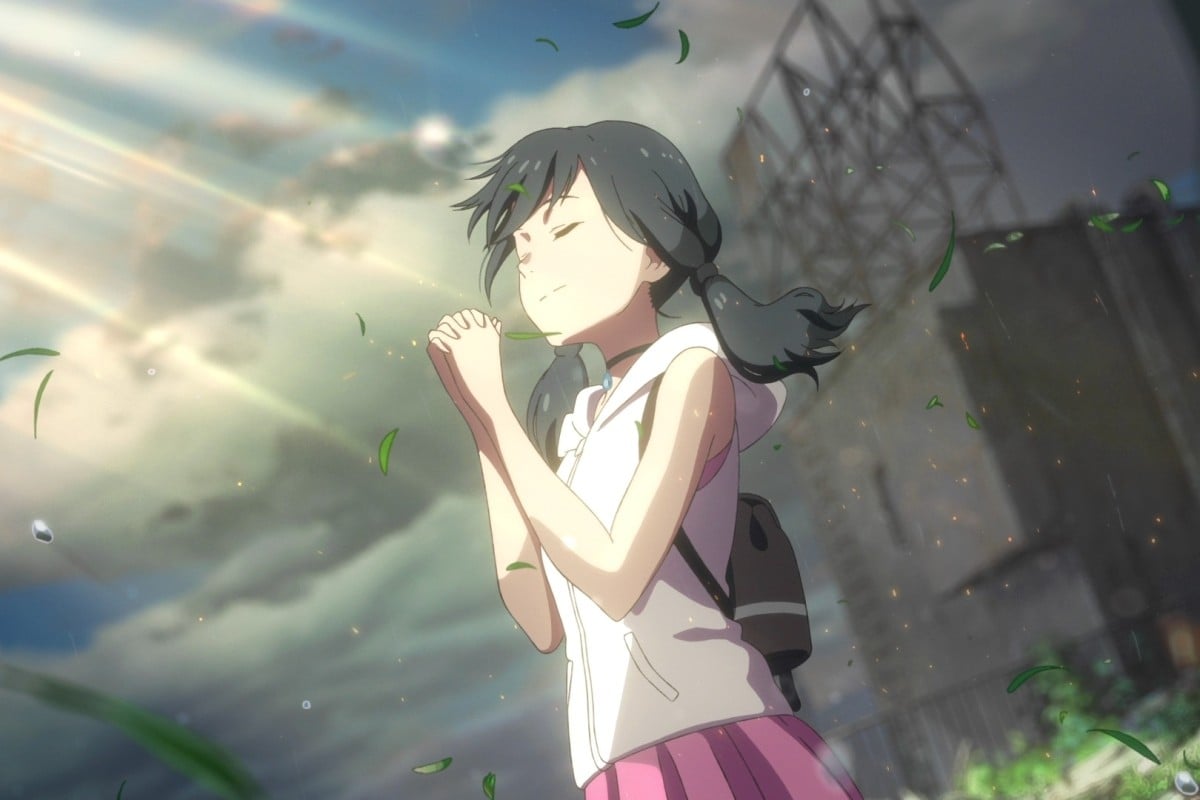 Needless to say, the signature animation style applied here is beautiful to look at: nigh flawless, dour and colourful just at the right times in evoking the melancholy of the city of Tokyo, and its drivel among the concrete jungles, and the hope flushing the people of the town with almost instantaneous happiness when Hina prays to clear the sky and the sun shines, respectively. It’s almost magical, and yet, it never feels too outlandish.

The city of Tokyo, in particular, is beautifully and painstakingly realised, the visuals of an overrun city virtually drowning in never-ending rain, complemented by the stark cultural identity of the city, in the cafes, the manga-stores, the old buildings and settlements in sharp contrast with the hundred floor skyscrapers, is something that definitely creates a strong sense of place-making, especially for its international audiences.

Despite all its positives, evidently and acceptably so, in places, this visual feast struggles to maintain its balance between everything it chooses to handle with sharp precision, and tends to wander slightly before finding its way back to the central romance that is essentially the spine of it all. Other than the timely indulgences that only threaten to bring the film down, never quite actually doing so, there is much to like here apart from all that I have listed already: the strands of fun and comedy intermittently sprinkled through the narrative, the tender relationships that populate its story, other than ofcourse its central romance, an underlying but all too powerful climate change allegory, some truly emotional moments and a befitting score, with the piano perfectly complementing the surrealism on-screen. If you can keep the comparisons aloof, you are bound to be wowed by the craft here.