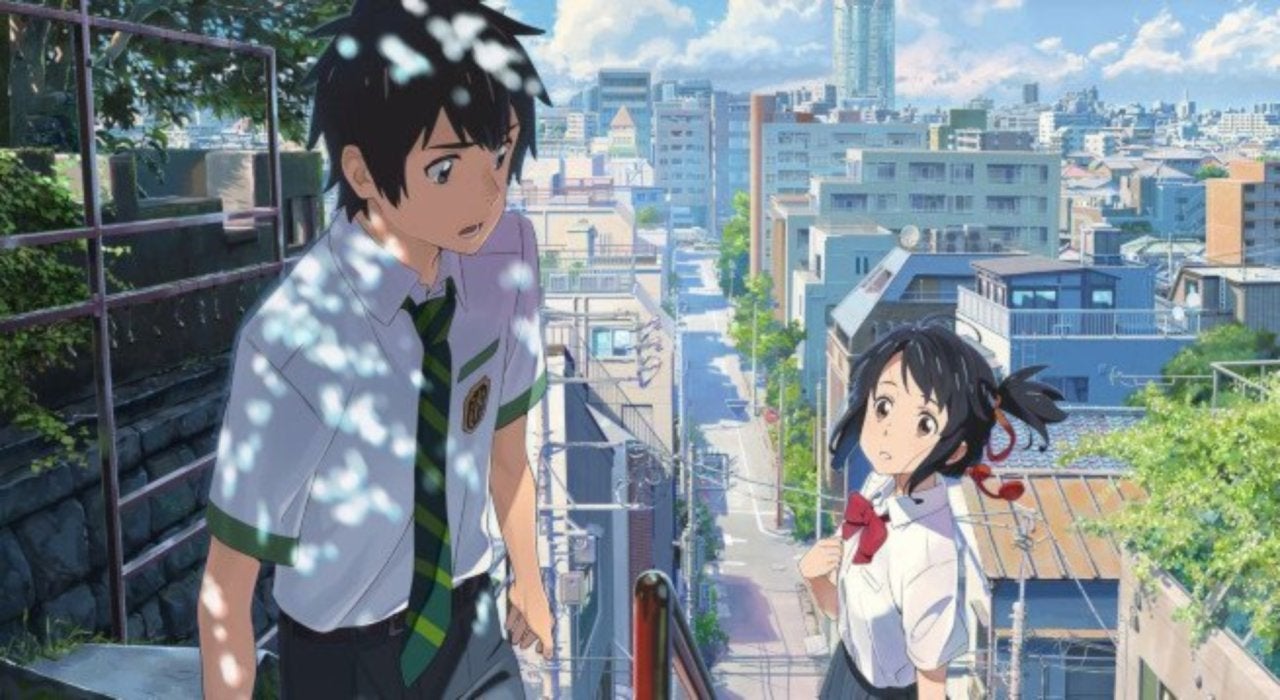 I’m pretty sure that if you have the slightest interest in anime, then you’re very well aware of ‘Your Name.’, unless of course, you’ve been living under a rock all this while. In recent years, this anime film has turned out to be one of the most renowned names in the world of animation movies. This popularity is for a very good reason, as it is exceptionally well-written and in a way, it represents the future of cinematography. I often describe certain anime shows/movies as gold because of how amazing they are. But when it comes to ‘Your Name.’, even calling it a masterpiece would be a bit of an understatement. The only way I can describe it very well is by claiming that it is the diamond amongst the gold of masterpieces and I’m not even exaggerating here. ‘Your Name.’ is easily one of the most beautiful feature films I have ever seen and the fact that it is available in Blu-ray just makes it even more glorious.

Even as an amateur anime viewer, without knowing too many technicalities of animation, one can tell how stunning the whole setup is just by looking at its sheer beauty. Apart from the breathtakingly vibrant cinematography, another aspect of the movie that deserves to be talked about is its editing. The entire sound design just immerses you into the whole atmosphere of the anime and the soulful rock songs by the Radwimps literally send chills down your spine.

When it comes to the plot of the movie, even if I wanted to spoil it for you, I wouldn’t be able to because of all the complications that it holds. It’s pretty much like the movie ‘Inception‘ as it has many different parallel plot points that cannot just be discussed simultaneously. Only once you’re done viewing the whole thing, you truly understand what it is all about. In the past, I have seen enough anime that have had a deep emotional impact on me but the wave of emotions that ‘Your Name.’ took me through cannot be compared with any other anime out there. The entire storyline is full of foreshadowing that suggests the idea of “Iceberg Effect“, which basically means that there is a lot more going on than what is visible on the surface of it.

In conclusion, ‘Your Name.’ is an incredible film that can be enjoyed by anyone in the world. It does not even matter if you’re into anime or not because this film goes way beyond the confinements of any particular genre. I really believe that there was nothing more that could have been done to improve this movie in any way and it is indeed as perfect as a film can ever be. And more than anything else, ‘Your Name.’ is simply a classic example of Makoto Shinkai’s genius.

Kimi no Na wa 2 Release Date: When will it premiere?

‘Your Name.’ released on August 26, 2016 and soon after its release, a sequel for the movie was high on demand all over the world, especially now after the Western English speaking audience got a chance to see Makoto’s amazing work. Unfortunately, Shinkai is not known for making sequels of any of his works, so the chances of ‘Your Name. 2’ seem to be a little slim.

Even the manga does not have anything extra to offer because it ended in the year 2017 and does not cover anything more than what the movie offers. So expecting a sequel to the movie would just lead to further disappointment. What we can expect though is a Hollywood live-action remake of the anime film. While Shikai seems to show no interest in getting involved with this version of it, a live-action remake could actually prove to be really good if it is executed well. And if by any chance, the sequel does happen, we will update you about Your Name 2 release date.

The English Dubbed version of ‘Your Name.’ is available on Funimation.

‘Your Name.’ centers around a character named Mitsuha, who is a high school student in the small town of Itomori. She is tired and bored with her dull country life and wishes to be a young and handsome Tokyo boy in her next life. Strangely, her wish comes true in this life itself after a weird twist in her fate. She ends up switching bodies with a boy named Taki who lives in Tokyo. But this swap is not consistent and keeps switching sporadically between their normal states. The two have no choice but to accept the reality of what is going on.

This sudden disturbance initially leads to a lot of hilarious situations where Mitsuha’s superstitious family assumes that she is going through a bout of demonic possession because of her newly developed masculine habits. In Taki’s case, his friends start wondering where he has picked up his new country styled swagger. Both of them deal with the awkwardness of their bodies and also have a tough time understanding their new private parts.

When it comes to communicating with each other, they use the weirdest ways such as writing down on their skins and other freaky methods just to meddle with each other’s lives. Taki gets sick of this lack of communication one day and finally decides to take a train to the countryside to meet Mitsuha. But as soon as he arrives there, he gets to experience a once in a millennium event that further complicates their situation.

If I reveal any further details of the plot, I might end up giving out spoilers. So let’s just say that beyond this, ‘Your Name’ explores ideas that are as basic as the most generic Hollywood body swap movies like ‘It’s a Boy Girl Thing’ and ‘Freaky Friday’. But at the same time, it also dives deep into the most complex science fiction ideas which somewhat reminds you of the TV show ‘Sense8’. It explores a very broad spectrum of the entire genre without really meandering off into foreign territory. 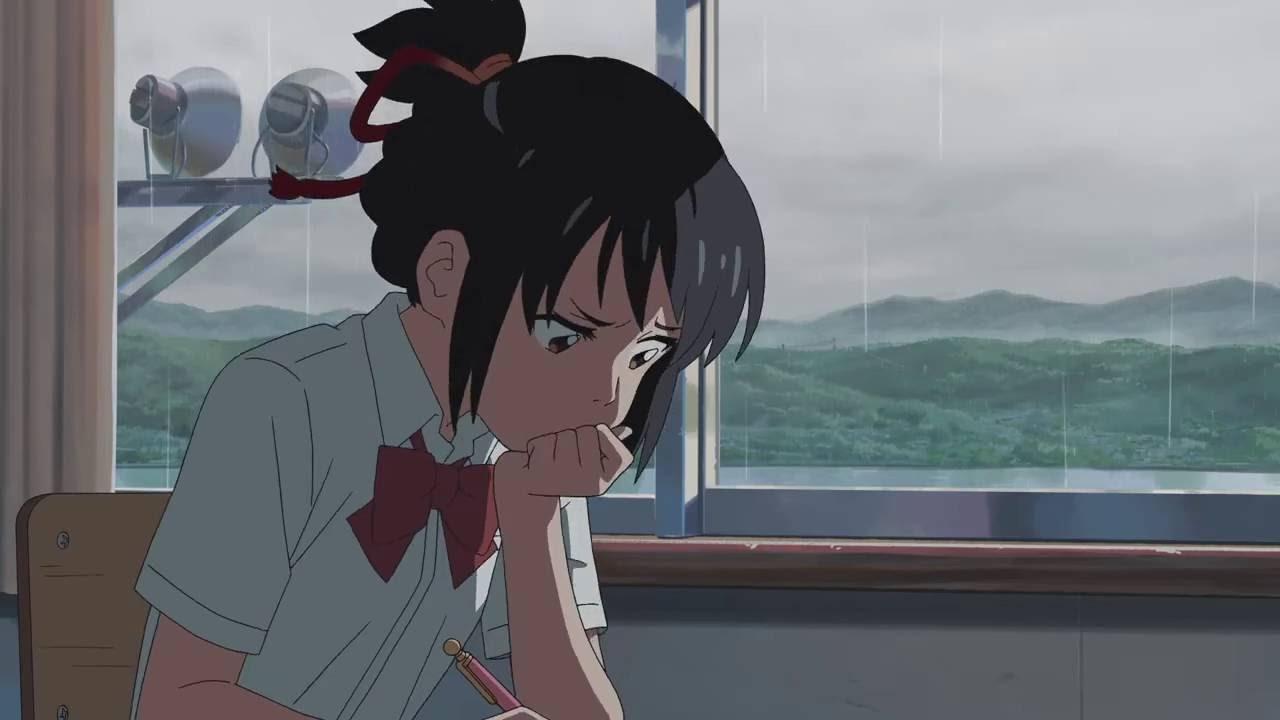 Mitsuha Miyamizu is the main protagonist of the show, who lives in a small fictitious town called Itomori. She is a 17-year-old high school student who lives with her religious family and also serves as a priestess at her family shrine. But often, she despises her life in the small city and also hates the strict rules that are imposed on her by her orthodox parents. This is why she wishes to be a handsome boy who lives freely in Tokyo. Her wish is eventually granted when she actually starts to swap her body with a high school boy named Taki, who lives in Tokyo. For her age, she has an average height and she looks a lot like her mother. She has straight black hair that touches her upper back and she often ties the back side of her hair with a red colored braided cord.

Mitsuha is a kind and caring girl who really respects the decisions of her parents. But there is also another side of her that wishes to defy the stern and restrictive lifestyle that her parents expect her to live. This is the reason why when she switches bodies with Taki, she starts to embrace even the smallest things that give her the slightest streak of freedom that she did not have in her original life. When she takes over Taki’s body, she speaks in a very feminine tone that all of Taki’s friends start noticing. But she somehow manages to get by without raising too much suspicion. 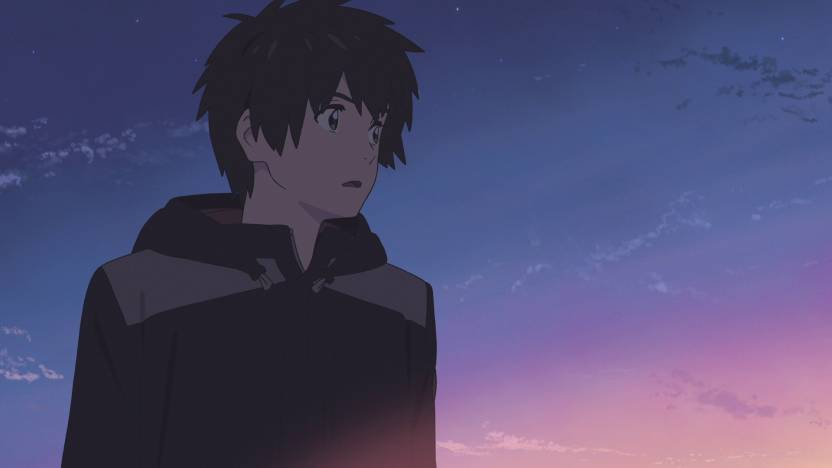 Taki Tachibana is the male protagonist of the show. He is a 17-year-old boy living in Tokyo. He lives a very busy life where he juggles between part-time jobs, spending time with his friends and dreaming of becoming a great architect someday. His entire lifestyle goes for a toss when he switches places with a girl named Mitsuha who wishes to step in his shoes. Taki has an average height and physique for his age and is known for being quite a good looking guy. He sports short spiky brownish hair with bangs that cover his forehead. He often wears band-aids which is, in a way, a reflection of his impulsive personality. He usually displays a very kind nature towards those around him and treats everyone equally. He is also extremely hard working and takes full responsibility for his life.

In order to balance out his social life with his professional and creative life, he is forced to live in a very organized manner. When he switches bodies with Mitsuha, he really tries to hold himself back but just out of curiosity, he gropes Mitsuha’s chest when he inhabits her body. Later, when Mitsuha finds out about this, she is disgusted and calls him a pervert. Taki takes a more relaxed approach when he takes over Mitsuha’s body and walks around with a tomboyish attitude. Mitsuha even gets really popular because of Taki and she also starts getting many love letters from both girls and boys because of Taki’s charismatic personality.