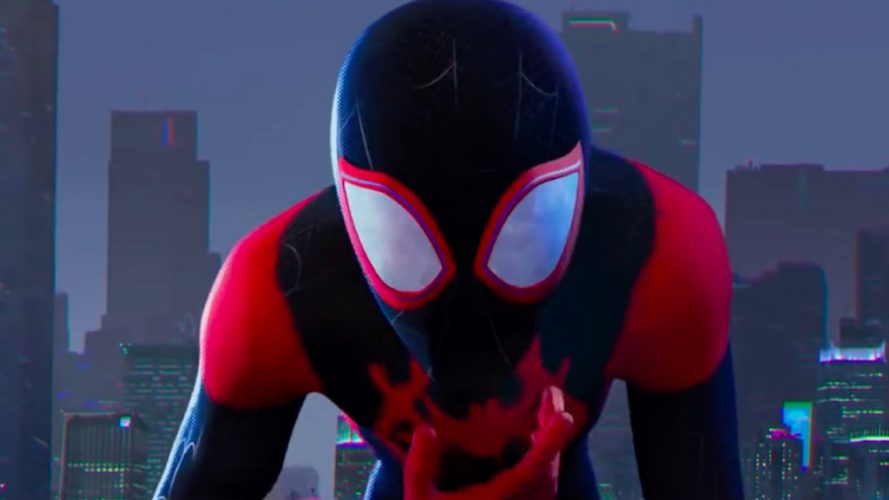 Animation, without a single shred of doubt is today the most accessible and popular form of viewing entertainment. Feature length films, commercials, documentaries, shows, cartoons, everything that the world has seen in live action can be masterfully recreated today in stunning animation, which is also one of the oldest forms of animation, when the dreams and fantasies of storyboard artists took flight, and the added dimension of motion gave birth to a form of art that made possible talking animals, superhuman heroes, and many more only restricted by man’s imagination.

Undeniably, Disney has been at the spearhead of this revolution and a stalwart ever since the beginning, but the world of computer animation has seen the rise of some prominent players including Illumination, Dreamworks and even studio Ghibli, who have done some work beyond fantastic on the eastern side of the globe. This year too, the animation market flourished with some truly innovative films on display, and audiences turning out to watch them in increasing numbers. Summer films and festive films as usual performed the best, but there were some truly exceptional gems that were comparatively overlooked and had hush hush releases at the theatres. This article enlists the very best that animation had to offer in the form of theatrical feature films, both independent and backed by large production houses, in 2018. The list includes Marvel animated movies, DC animated movies, kids animated movies, Disney animated movies, Pixar animated movies and funny animated movies. Take this. The plot of the film involves a community of stone-age dwellers under attack from another community that have harvested bronze weapons, and the conflict between them is resolved using a football match. The film quite lives up to its zany premise for the most part except for the occasional faltering here and there, and its muppets like stop motion animation only adds to that. Aardman is kind of the only prominent name in British animation right now and they have made better films, I’ll give you that, but despite that, ‘Early Man’ is a highly entertaining film with its heart in the right place, although its mind may wander from time to time. It is impossible to watch ‘Next Gen’ and not draw comparisons to Disney’s ‘Big Hero 6’ which is undeniably a better film, and all the comparisons by that virtue seriously bring down this film’s case. I agree that the comparisons are mostly warranted, but ‘Next Gen’ deserves a watch atleast for what it is, while appealing to a more mature, teen audience than ‘Big Hero 6’ does. Like the other film, what mostly works for ‘Next Gen’ is the human-robot relationship at its core that propels the movie forward through occasional hiccups. Apart from that, great voice performances from John Krasinski and the rest of the cast, the occasional funny stuff and crisp animation may make it worth your while. 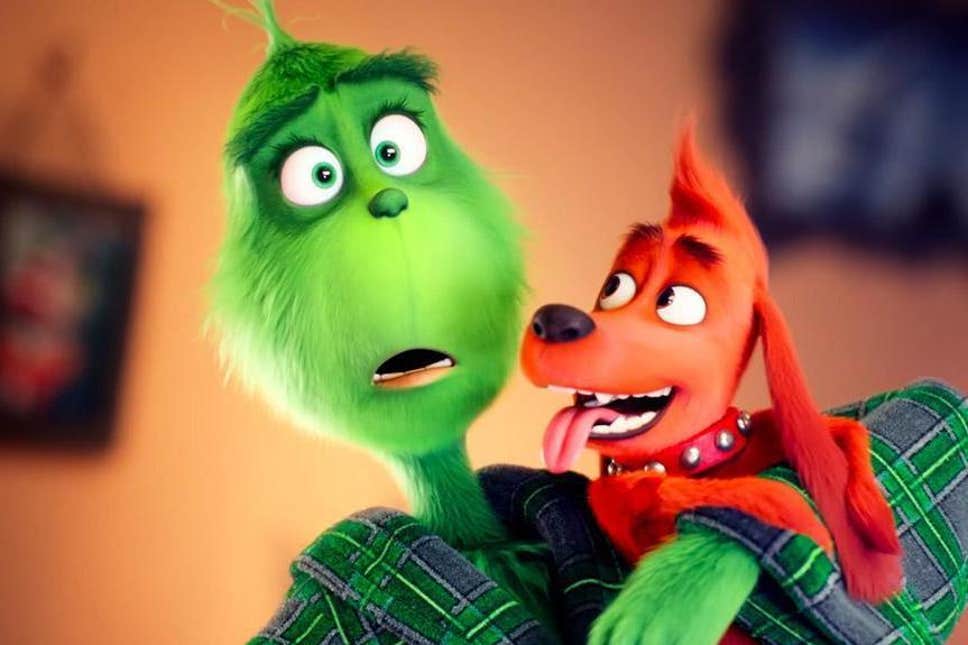 There have been several adaptations of Dr. Seuss’ anti-Christmas Grinch and how he literally plans on stealing Christmas from the people of Whoville, including the 60s TV special and the 2000 live action films Starring Jim Carrey. 2018’s ‘The Grinch’ starring the voice of Benedict Cumberbatch makes the Grinch extra furry and green, although does little by way of retelling an already iconic story. In many ways, I think the makers realized the only way to top Jim Carrey’s live action portrayal of the Grinch was 3D animation, and while Cumberbatch does a good job at it mostly, and the film remains full of gags and slapstick comedy till the very end, there is very little by the way of innovation that the script does with the source material. You could call it a faithful adaptation and a perfectly good Christmas movie for uninitiated kids at that, but we’ve already had two of them which were pretty good to be honest.

‘Smallfoot’ truly is an animated film with something in it for audience belonging to any age group. The film builds on the pre conceived belief of humans about the existence of big-foots, or Yetis, and adds to it a small twist by introducing the world of Yetis ass equally oblivious to the existence of us humans. As stories go, their worlds collide and notions are shook, but not before an adventure through the snowy terrains of the Himalayas before balance is restored to both the worlds. ‘Smallfoot’ is warm, funny and has a ton of social messages to pass for the little ones. It is also one of the few non Disney animation ventures in recent years that had genuine gravity in the script, along with the humor that has come to characterize animation films. Highly recommended.

6. Teen Titans: Go to the Movies

In a lot of ways, this film reminded me of the success of ‘The Lego Movie’ not many years ago. Not being a huge fan of the TV show it is based on, I had almost nil expectations from the film going in, and the promos definitely didn’t hype me up too much, but I was I taken aback. The film hits you with jokes the minute the first frame starts rolling in, and continues till you are either down with your defences and into the zone where you can enjoy all the silly on screen, or are already laughing your wits off.

From poking little bits of fun at the MCU, to self-referential jokes on even the current state of the DCEU, you will find yourself chuckling at the range of humour it has to offer, varying from slapstick, parody, juvenile to even smartly written. It is inherently charming, and the animation style akin to the show is bound to appeal to the younger audiences, with the story of the film involving the Teen Titans’ desire to star in their own movie as a way to legitimise the lesser known superhero group spelling fun in the boldest, most colourful way possible. It isn’t groundbreaking, doesn’t talk about great power and responsibility, or bringing real change. It knows what it is and it acts exactly that way. This is the arena where I don’t mind DC movies bringing levity to the fore, and it delivers. The surprise cracker of the year, right here.

The story of Sgt. Stubby is as legendary as it gets. A war hero and the only veteran canine to hold the title of Sergeant ever, Sgt. Stubby’s inspiring tale deserved a retelling exactly this warm, sensitive and yes, animated. The film unfortunately didn’t perform too well at the box office, but don’t let that stop you from venturing into this movie with an open heart and coming off with a full one. You have to know the exploits of Stubby including sniffing gas bombs, catching infiltrators, and even search and rescue ops to fully appreciate the World War I hero this animated film is celebrating. but even if you don’t, this is a story worthy of celebration and the film does full justice to it. More than that, the film celebrates the bond that humans and their inseparable canine companions share. A wonderful film for kids that is as informational as it is entertaining. 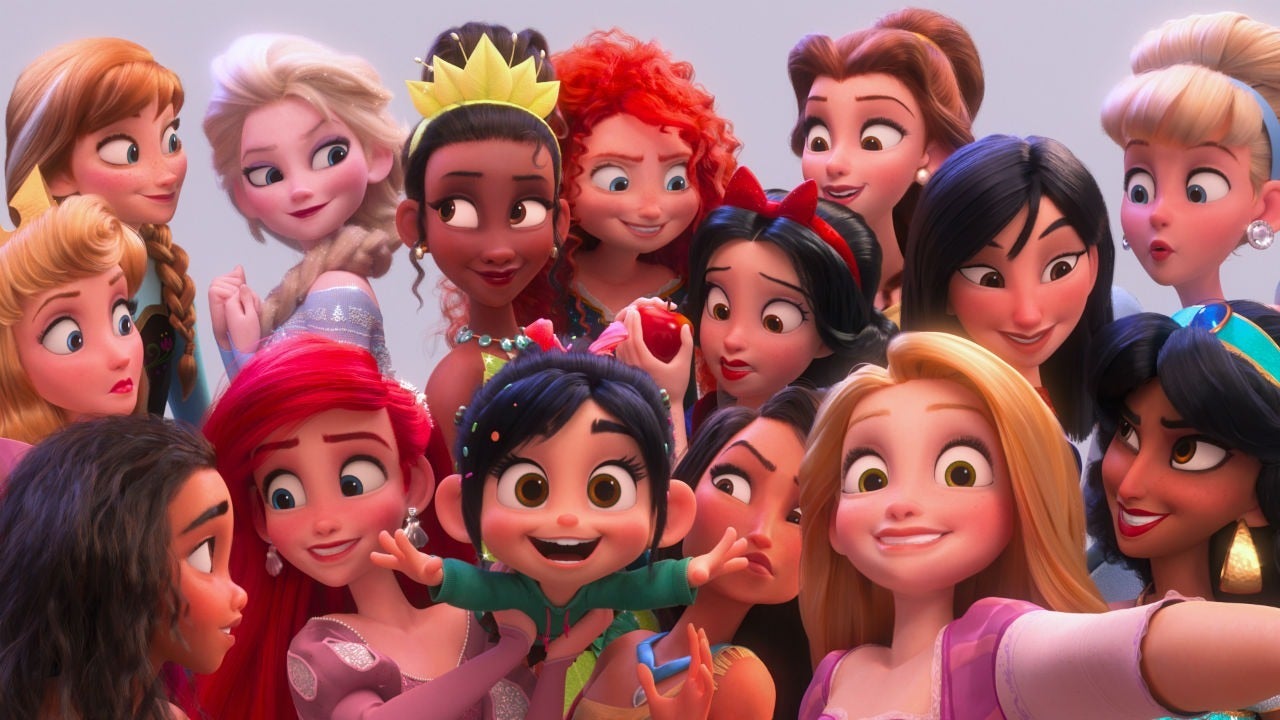 The sequel to one of Disney’s most innovative original movies is just as imaginative and innovative in creating the breathtakingly vast and expansive world of the internet, and quickly sucks us into the action with its easy-on-the-eyes animation and a host of returning characters six years after the events of the first. You’ve got to admire how the supposed inner working of famous websites, viruses, popups and ads, search engines and the likes are innovatively animated and displayed, just as one admired what happened in the world of the videogame behind the screen of the arcade console. The same holds true for the scene starring virtually all Disney Princesses in one room and their encounter with Vanellope, and those showcasing her relationship with Ralph. However, the one certain thing that the sequel lacks is a feeling of genuine surprise and compassion in the script. ‘Ralph Breaks the Internet’ is consistently immersive and entertaining, but just as most sequels, unfortunately, not as magical as the first one.

‘Isle of Dogs’ is easily one of the most fun films to have come out this year. Wes Anderson is in his comfortable quirky mode here and allows you to be immediately transported to the whimsical world he creates, and one of the great things about it, apart from its obviously visible aesthetic charm is that you just cannot stay out of that world, its painstaking attention to detail in almost every shot, even the composition of it, demands that you enter. One of the film’s core strengths is obviously its animation, almost having a stop motion like quality. The film gleefully brings out the quaint, minimal aspects of Japanese culture and cities, and the medium and style of animation do full justice to it. While ‘The Grand Budapest Hotel’ remains Anderon’s crowning achievement, and you can almost always argue that his films have more style over substance, but even despite that, if a product of film is this well thought of and this gorgeous looking, I think it warrants a watch.

Riding high on the nostalgia wave, ‘Incredibles 2’ took the box office by storm when it released this year, with old and new fans of the original queuing up in anticipation ever since the first teaser poster was released. Such was the pull of the first one. However, to regard it as a success solely because the first one was, like many of the critics today have done, would almost be criminal. I agree that the sequel rarely quite manages to reach the dizzying heights of the first, which it unfortunately was expected to, in-keeping with the ‘legacy’. To give it fair credit, it certainly does in parts, however rare, especially in the animation and action departments. But even in what it is, ‘Incredibles 2’ is supremely entertaining. Undoubtedly and unequivocally, Jack Jack is the star of the film. The scenes where the family learns about and copes with his newly discovered powers are some of the best in the film, and will leave you chuckling and awing at how adorable it all is. In that sense, it appeals to almost all age groups of viewing audiences.

The action is great, the animation and effects are great to look at, and it’s written well enough to accommodate some endearing moments of family bonding too. In short, almost everything that made the first one a success is present in generous amounts in the film, only if you can have a somewhat liberal outlook. ‘Incredibles 2’ is exhilarating, quality fun with doses of humour and gorgeous animation. Easily among the best family movies this year.

1. Spiderman: Into the Spiderverse

You have to believe the hype around it, the 100% RT score, and the critics when they say it may just be the best superhero film of the year. I may be among the minority when I say ‘Spiderman: Homecoming’ didn’t cut it for me as a film, and I have no qualms in admitting it. Of course, Tom Holland did appeal to me more as the web slinger following his second outing in ‘Avengers: Infinity War’, but that was soon blown to dust. I am unabashedly a DC fan, but Spiderman is the one Marvel character for whom I have endless admiration, and ‘Spiderman: Into the Spiderverse’ added to that admiration by introducing a new Spiderman in the form of Miles Morales. Yes, Peter Parker is around too for some mentoring, as are other Spidermen from various alternate realities, their introductions easily being the best parts of the movie, and something that sets it truly apart from any other Spiderman outing till date. This film was easily the most satisfying Spiderman experience since far too long, probably Raimi’s ‘Spiderman 2’. I was on a Spiderman high after playing the excellent PS4 game, and this film didn’t let that die out. The nerd in me went home satiated.