12 Weird Sex Positions Only in Movies 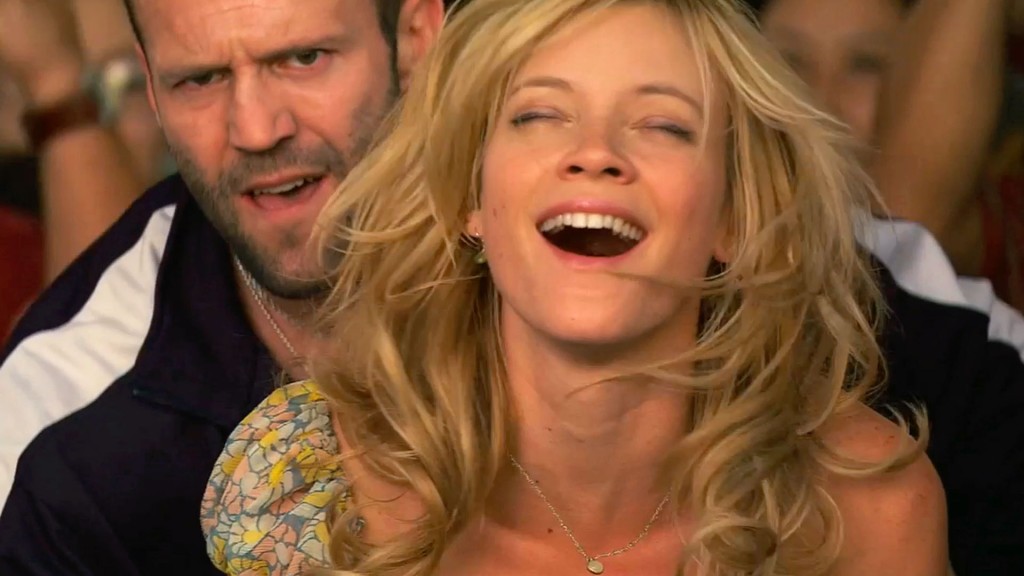 If you are looking for ideas to have sex in weird places, look no further than movies. From weird sex positions to weird places to have sex, movies are littered with great examples. But it was not always like that. Sex was once considered taboo in orthodox cinema, but over time its importance has been warranted through many art-house filmmakers that portray it as a very primitive yet personal form of bonding, and since souls cannot be depicted while joining, flesh always does the trick.

But after artsy films took the liberty of depicting sex, mainstream films couldn’t resist to stay behind and what followed was the extreme 70’s and 80’s, fueled by movies like Deep Throat, that opened the possibility of the concept of pornography to be blended with movies. And since mere sex would get repetitive, people started experimenting with the manner of depiction. This lead to some extremely weird situations where movie characters ended up pumping bodies against each other. So without any further delay, let’s look at the list of weirdest places where movie characters have sex:

If introducing Monica Belluci in a “bare-it-all” sex scene wasn’t enough, Michael Davis played this out in the process of a shoot-out. And though the absurdity of the shoot-out is on par with that of mindless B-grade films, and Clive Owen transforms into Neo to prevent himself from getting cockblocked, this is indeed fun. While the Stormtroopers are busy at their target practice, it’s exciting to see Owen managing to pull the right trigger. 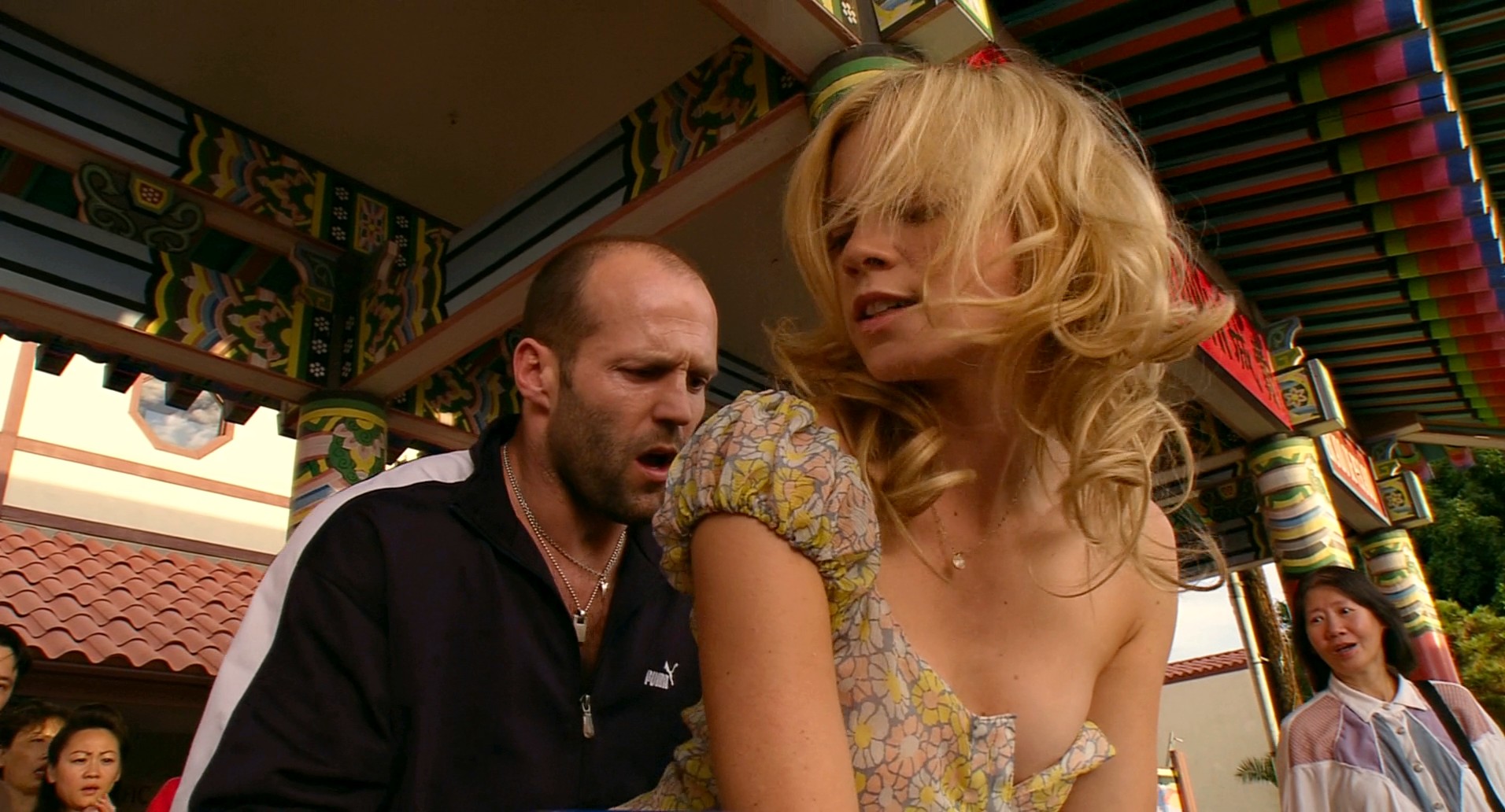 It’s difficult to describe ‘Crank’. I haven’t figured out if it’s a “so bad, it’s good” flick or an entertainer that offers so much at so many instances, but fails at it. The movie requires Jason Statham’s character to keep his adrenaline level high by indulging in preposterous situations, or else he’d die. In one particular scene he has public sex with girlfriend, right in the middle of Chinatown, a clever payback for the Oriental drug that was injected into him?

9. In the editing room – Every Mainstream Bollywood Film

Yes! Every time the characters in a Bollywood film are about to have sex, we see them wrapped in something, by the next shot. This is extremely annoying when we are given lengthy build-ups for some cheap exposition, which could’ve been handled with more subtlety if the director didn’t want to take risks.

There was a time when no TV show was as outspoken as South Park in its satirical outlook on the world. During the war between Saddam Hussain and the world, South Park did not leave the opportunity to target the Iraqi dictator. He’s portrayed to be a sadistic masochist who forces Satan to indulge him in the pleasures of Hell.

David Cronenberg is a genius at handling extremity, it’s never glorifying, but always hard-hitting. But in the case of ‘Crash’, Cronenberg truly took physical extremity to levels that cinema never dares to reach. The depiction of paraphilia, in order to build up to a flatless from of voyeur is amazing and daring at the same time.

I stumbled across this Chilean sex-com as part of my usual escapades on the wrong side of the Internet, and though this isn’t a great film, it does have some brilliant moments for soft-porn enthusiasts. ‘Sexo con Amour’ translates to Sex with Love and this film intentionally disregards the “love”. The movie deals with middle aged people with uninteresting lives, finally escaping the monotony through unexpected crevices.

5. In a cemetery – Phantasm 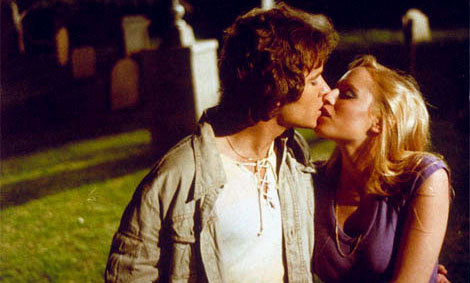 Mind me, when I tell you the cemetery is not even the scariest part of the sex scene. Phantasm is an overlooked gem from the 70’s, with a great score and an even greater villain, The Tall Man. Like many films from its period it relied on atmosphere to evoke horror, and the cemetery scene and its final outcome would make you thrice before making out with a person in a spooky place. You never know what kind of “philia” that experience would be put under, that is, if you survive!

4. On a different planet – Barbarella 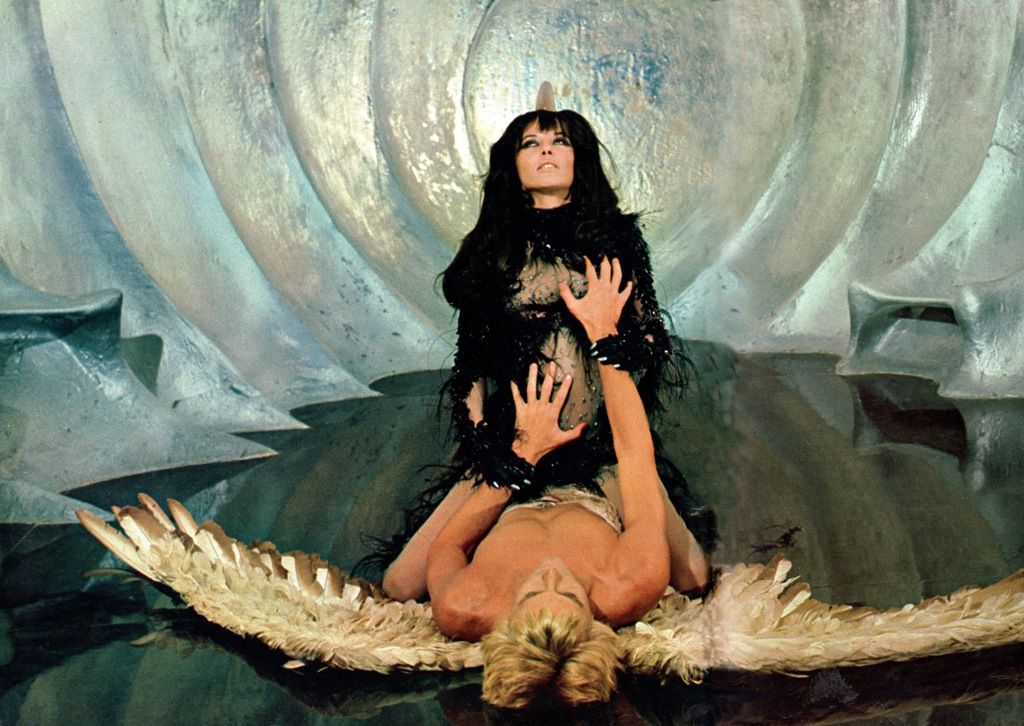 I love Barbarella, and its sensual tempo is set right from the opening scene. The movie takes place in the 41st century, and I guess everyone by this time might have got exhausted by all the redundant spots for some stimulating intercourse. So, Barbarella travels across the galaxy, and encounters men, women and even angels to have the “old-fashioned” physical sex.

Leslie Nielsen’s Naked Gun is known for its incredibly farcical brand of practical comedy, and this particular scene is another great example of the exaggeration present throughout the movie. The movie takes the concept of “protection” too seriously as Leslie Nielsen and his escort drape themselves in condoms that probably sex offenders use to kidnap people.

2. In the morgue – Nightwatch

Nicolaj Coster-Waldau might be infamous worldwide for his much publicized on-screen incestuous relationship, in Game of Thrones. But the actor has hit jackpot in even weirder situations, one that took place in a morgue. In Ole Bornedal’s Nightwatch, Waldau’s character is a guard in a morgue, and after nights of searing tension, he finally conquers the creepy atmosphere, in the presence of his girlfriend. Well, the dead bodies weren’t the only stiff thing that night!