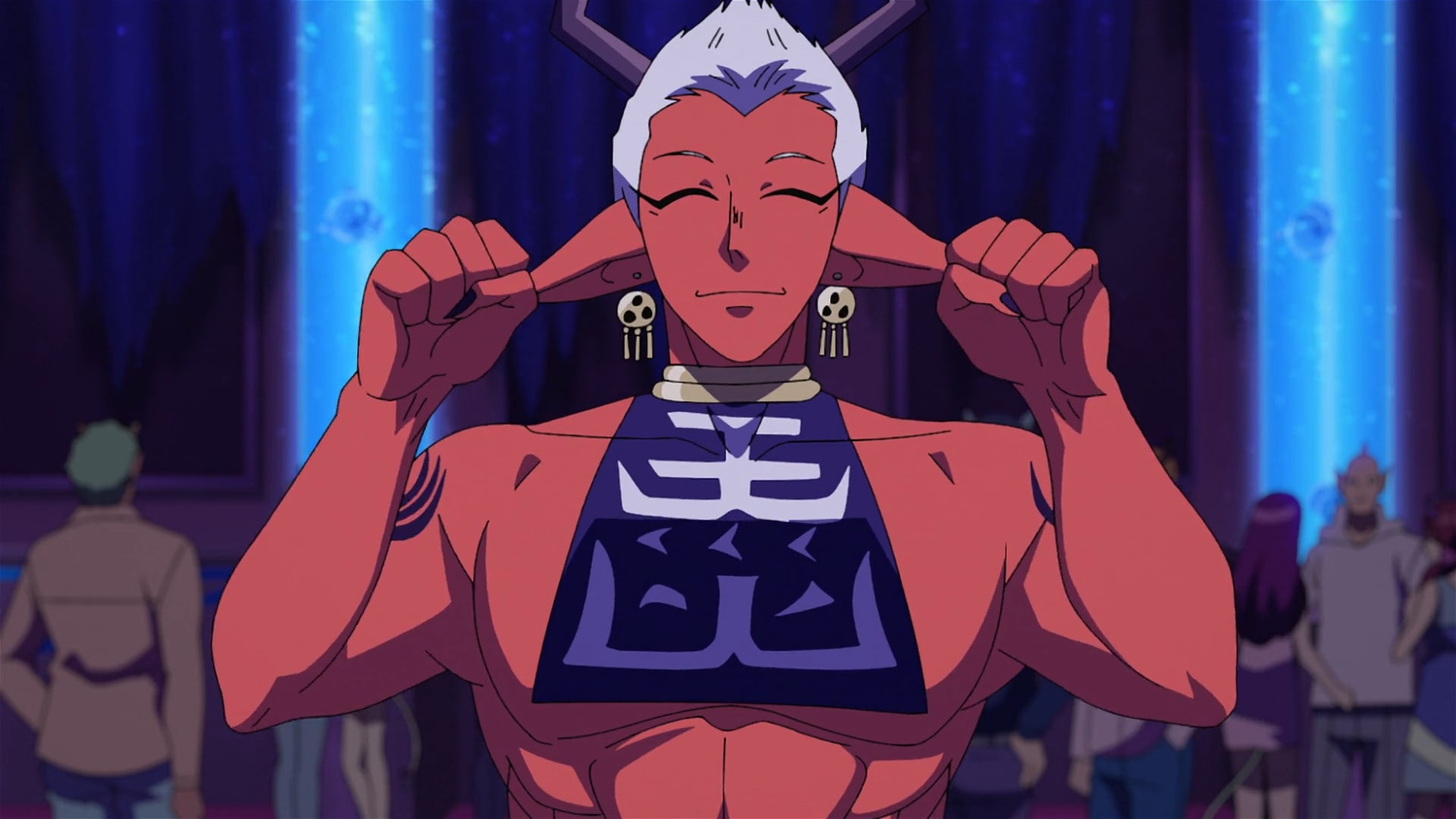 In the fifth episode of ‘Welcome to Demon School! Iruma-kun’ season 3 titled ‘Cunning Demons,’ Ichiro and Nico make a deal with Master Sabnock and Asmodeus. Meanwhile, Crocel and Kamui use their improved summoning abilities to their advantage to outdo most students in the harvest festival. Elsewhere, Solas Bobo of the Diabotany Battler tries to con his teammates out of their point by joining hands with Alocer. Here’s everything you need to know about the ending of ‘Welcome to Demon School! Iruma-kun’ Season 3 Episode 5. SPOILERS AHEAD!

After learning about Master Sabnock and Asmodeus’s plans for the Harvest Festival, Ichiro and Nico challenge them to compete against them. The two teams will try to outperform each other in hunting down boss-class magical beasts in the cave. If Sabnock and Asmodeus manage to kill more than the Dorodoro brothers, they will give them their bag of ingredients which is valued at a few thousand points. 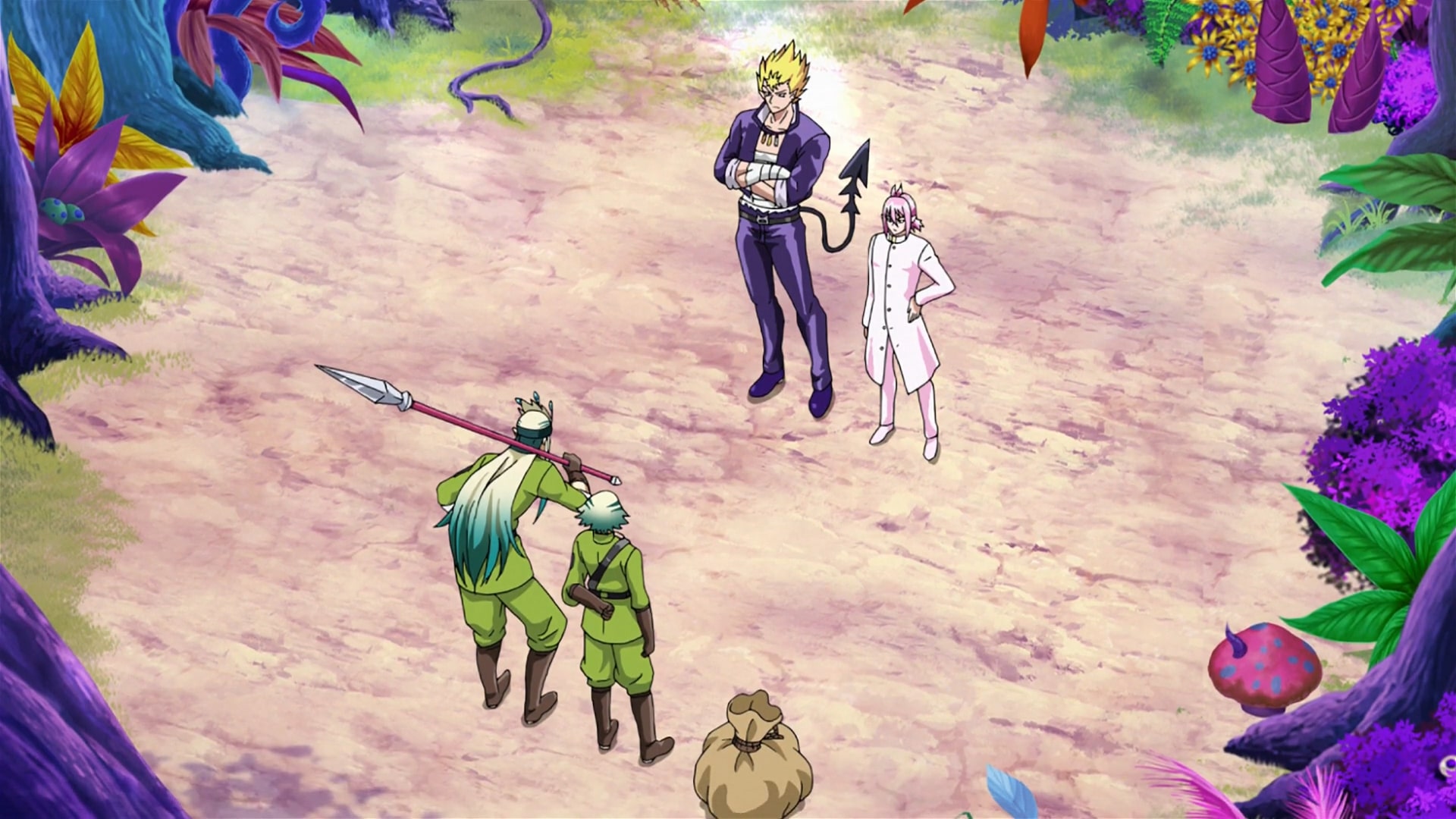 Meanwhile, Crocell Kerori has used her summoning powers to the limits and has managed to get the magical beasts willingly offer their food gatherings to her. As if this was not impressive enough, Kerori also has a Blizzard Wolf and Snow-King Fox by her side. The two magical beasts are not even supposed to exist in the region which makes her achievement a mind-boggling one.

It turns out that the entire region is now dominated by her and she tells the magical beasts that she prefers not to resort to violence as long as she gets what she wants. Everyone bows their heads to her as she accepts the offerings without having to even stand up to do the hard work like other students.

Welcome to Demon School! Iruma-kun Season 3 Episode 5 Ending: What Are the Key Skills Students Need to Do Well In Harvest Festival?

During the harvest festival, the students require three important skills to survive the wild test and do well. The first is brute strength which allows contestants to take down prey faster than their weaker counterparts. The second is the knowledge that can give one an advantage in the competition as one can find the ingredients carrying more points easily in the forest. 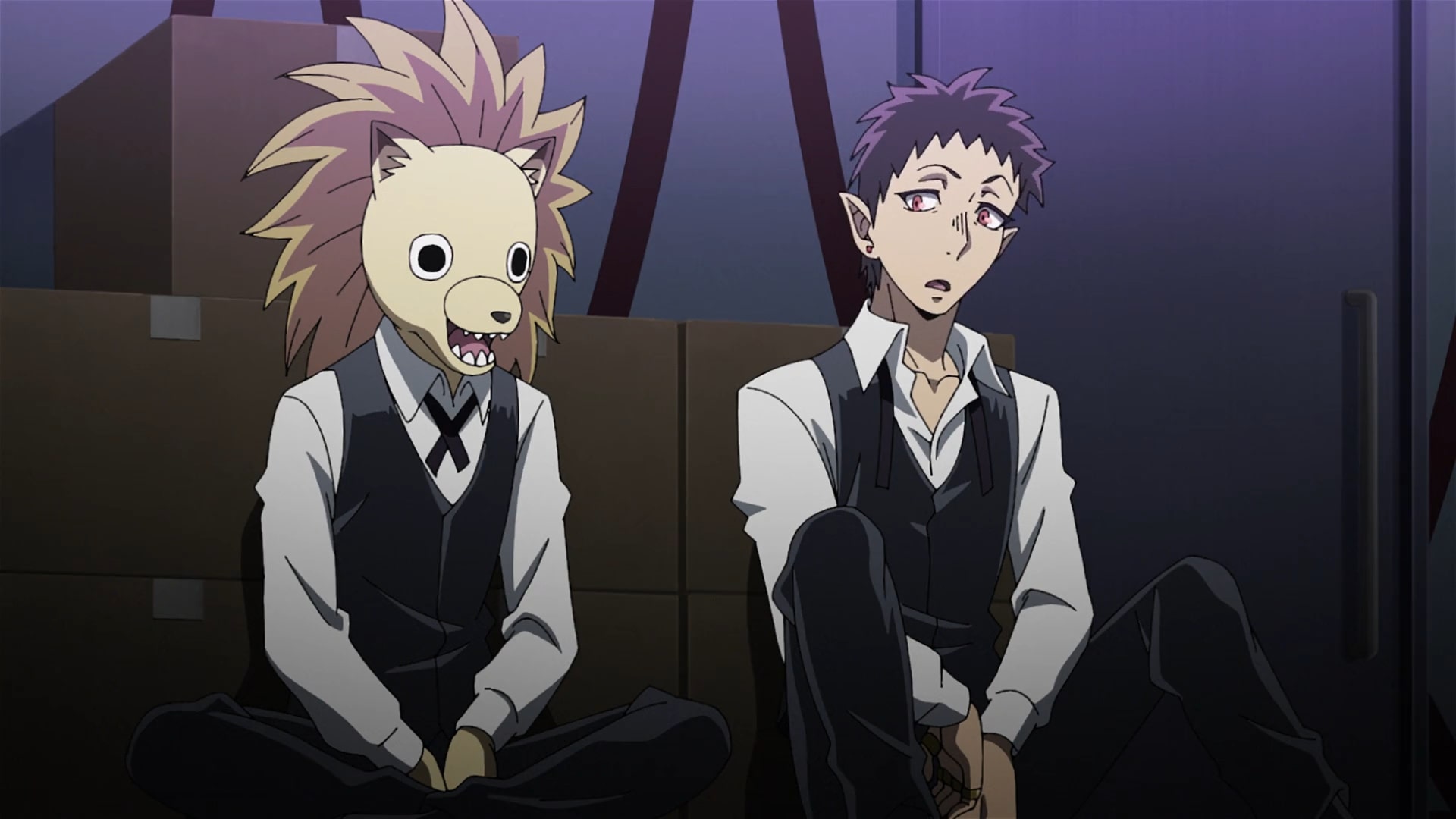 In this year’s competition, three students from the Diabotany Battler have a clear advantage over others when it comes to the second skill. Last but undoubtedly the most important tool that students need to have in their bag is scheming. Since the rules of the exam do not forbid students to steal from each other, one can get a lot of points within a few minutes if one is ingenious enough and does not shy away from robbing someone.

How Did Alocer And Jazz Fool Others in the Harvest Festival?

As mentioned above, in the current Harvest Festival, three students from the Diabotany Battler have the knowledge to help their teams gain more points. One of them is a first-year student named Solas Bobo who is on the same team as Alocer. Thanks to his wisdom, his team manages to gather a lot of rarities in the forest gaining his group about 2,000 points in a short span of time and they are far from being done. While the entire team continues to work, Solas takes the ingredients collected so far to the reporting tower. 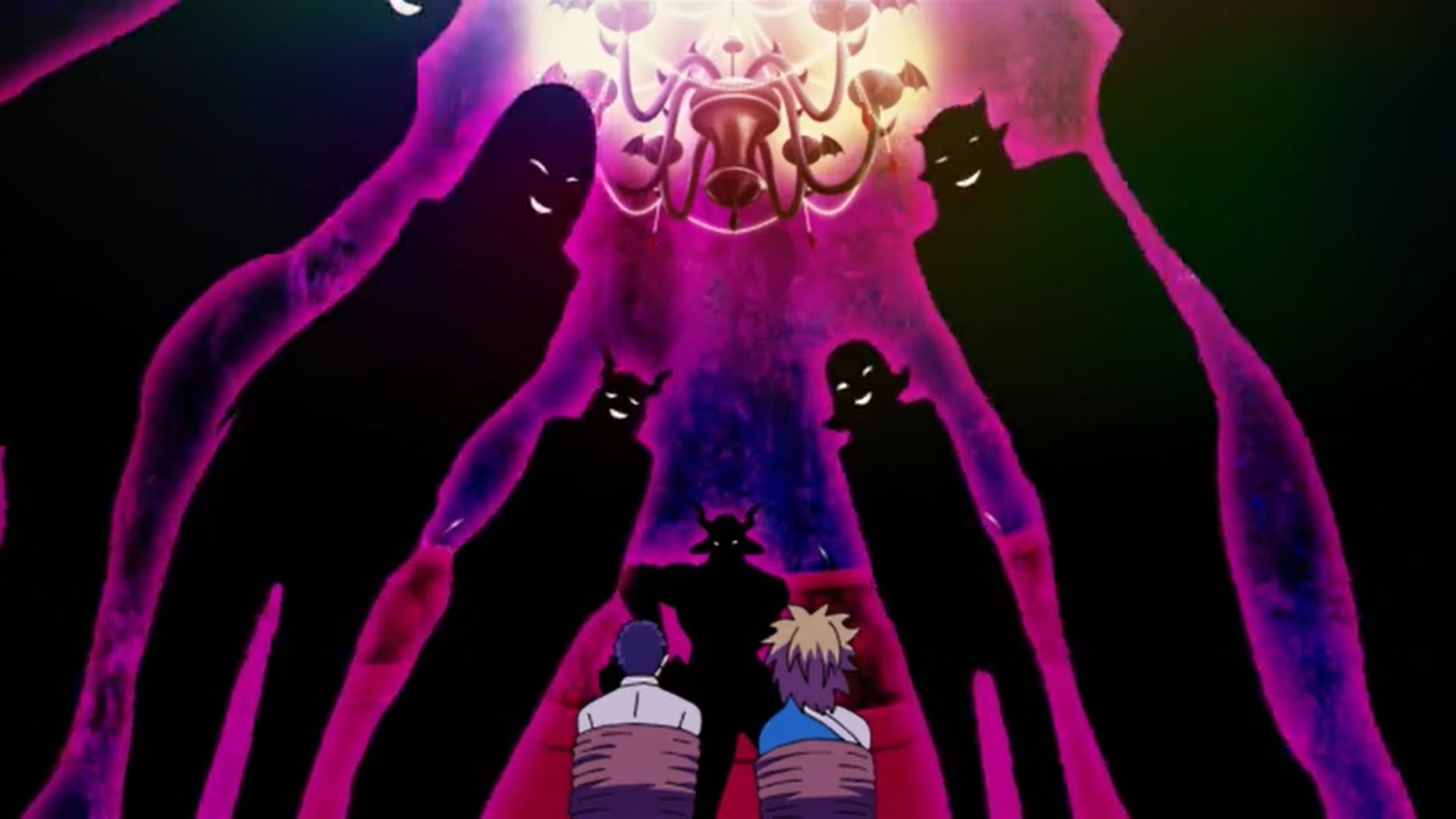 Solas informs the students in his group that the bag contains ingredients worth 1,500 points only- which is obviously a lie. As they are walking towards the reporting tower, Solas tells Alocer that the bag is actually worth 2,000 points. He argues that they can distribute the extra 500 points among themselves and no one has to know. Alocer quietly agrees to the deal and the two end up completing the transaction at the reporting tower. After the exchange is done, Solas returns to his group and informs them only to learn that the reporting tower is actually in the direction opposite to where he actually came from.

Solas slowly begins to realize that he is scammed by his own teammate. Meanwhile, Jazz and Alocer discuss how easily they got those 2,000 points and argue that people who feel they have the upper hand are always the easiest to fool. The duo recalls their training with Fire demon Sergeant Furfur who took them to the netherworld club, Valballa and egged them on to incur a huge bill. Alocer and Jazz later found out that Furfur had no plans to make the payment himself and offers his students to the club for hard labor instead of paying a monetary fee. 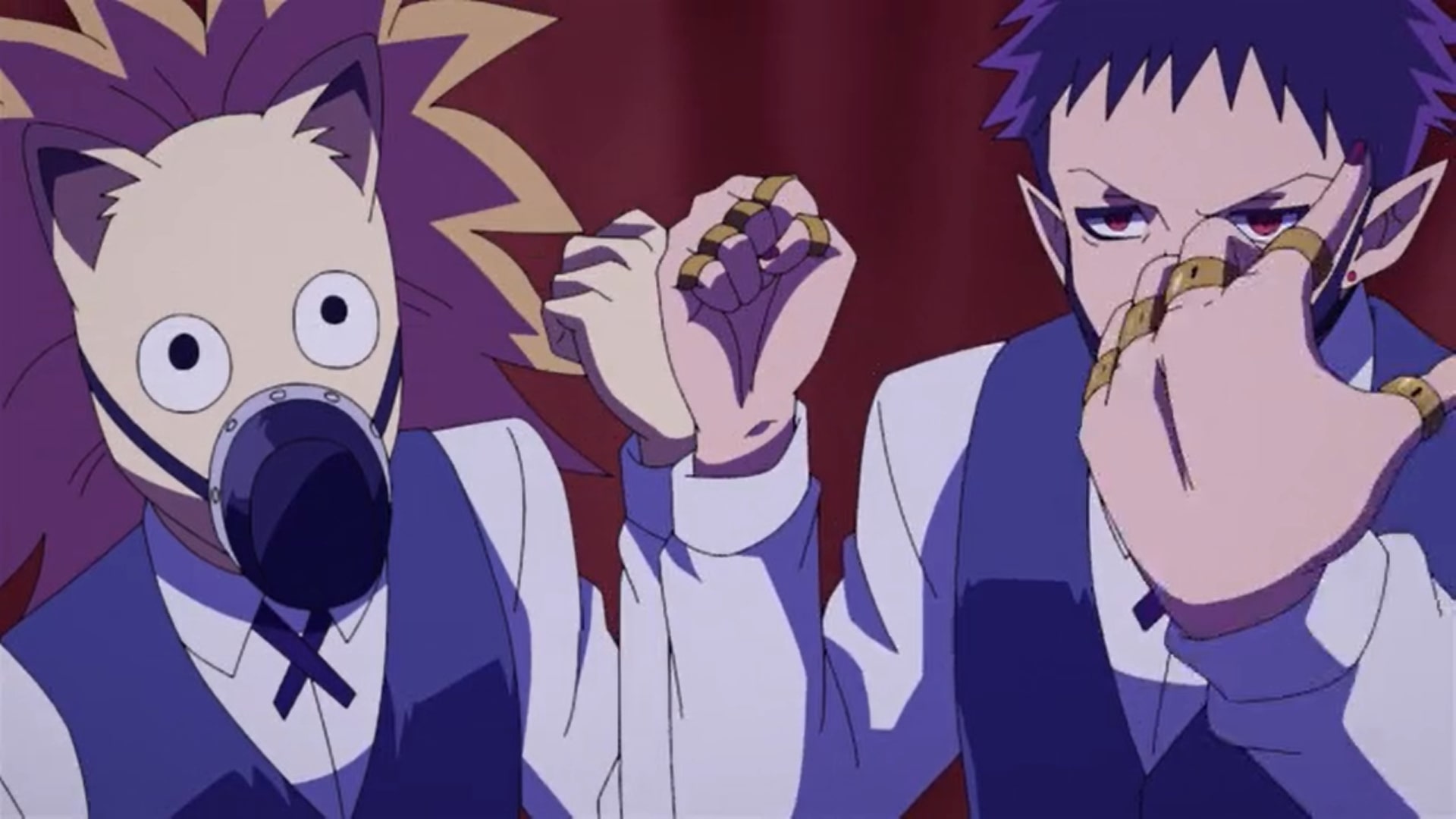 Furfur fooled the duo multiple times and it was through this experience with their mentor that they learned the importance of scheming. Now, that ended up helping them in the harvest festival as they easily got 2,000 points and are more motivated than ever before to be the best at the Harvest Festival.