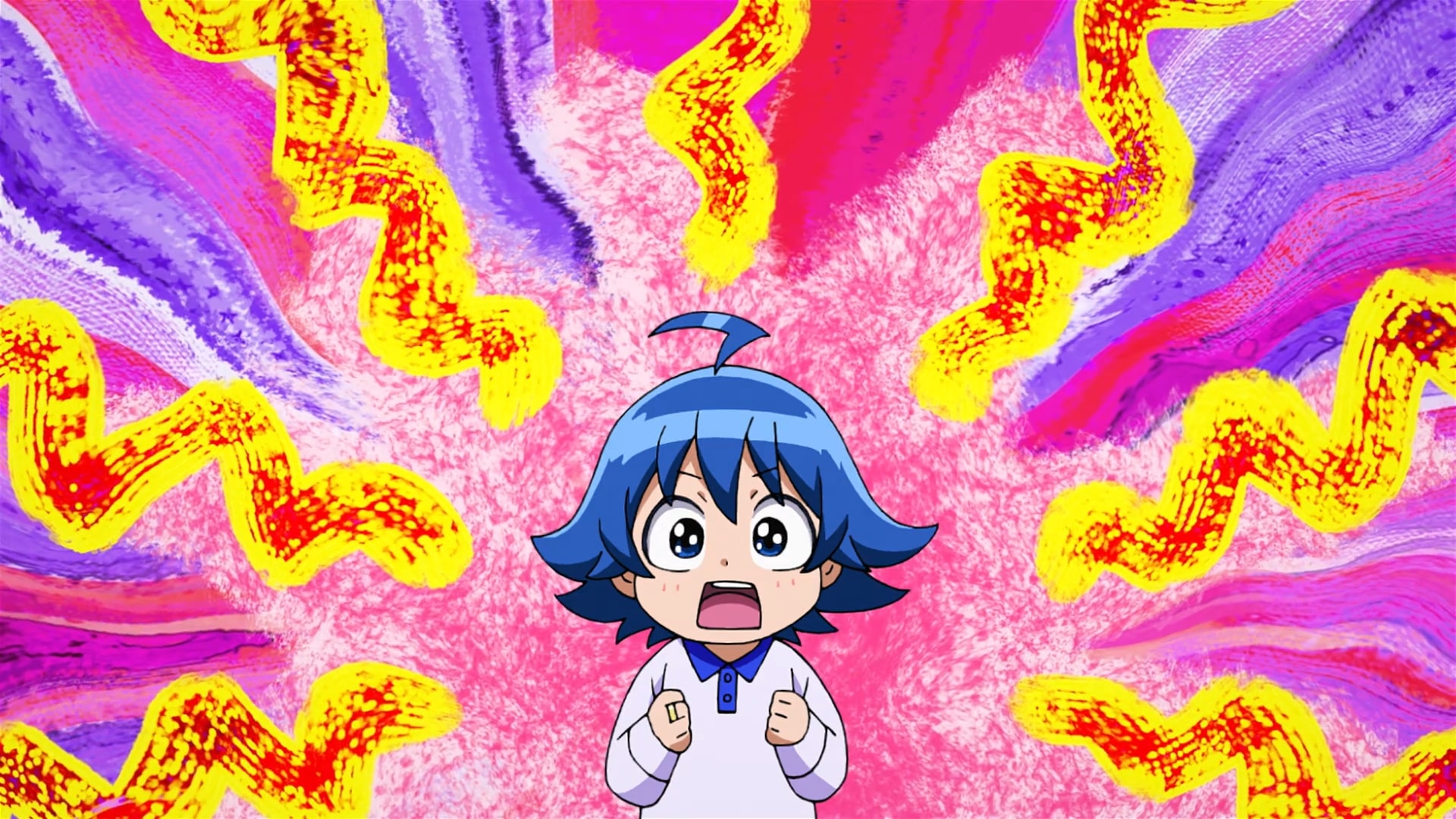 In the seventh episode of ‘Welcome to Demon School! Iruma-kun’ season 3 titled ‘Clara’s Toy Box & A Night Filled with Screams,’ the show follows Clara as she takes the titular protagonist to the toy box created using the art of illusion and the Valac families’ bloodline ability, Toy Toy. Her trick has the intended result as she along with Elizabetta manages to run away with Iruma and Lied’s ingredients- leaving the duo with 0 points. Here’s everything you need to know about the ending of ‘Welcome to Demon School! Iruma-kun’ Season 3 Episode 7. SPOILERS AHEAD!

After Elizabetta manages to fool Leid and collect his ingredients she wonders how things are going for Clara who kidnapped Iruma earlier. In the meantime, Clara successfully gets the titular protagonist into the toy costume that she has been wearing. Now it may seem harmless but it turns out that by doing that she can take anyone to Clara’s Toy Box, an imaginary place full of toys created using the art of illusion she learned from Raim and her family’s bloodline ability, Toy Toy. 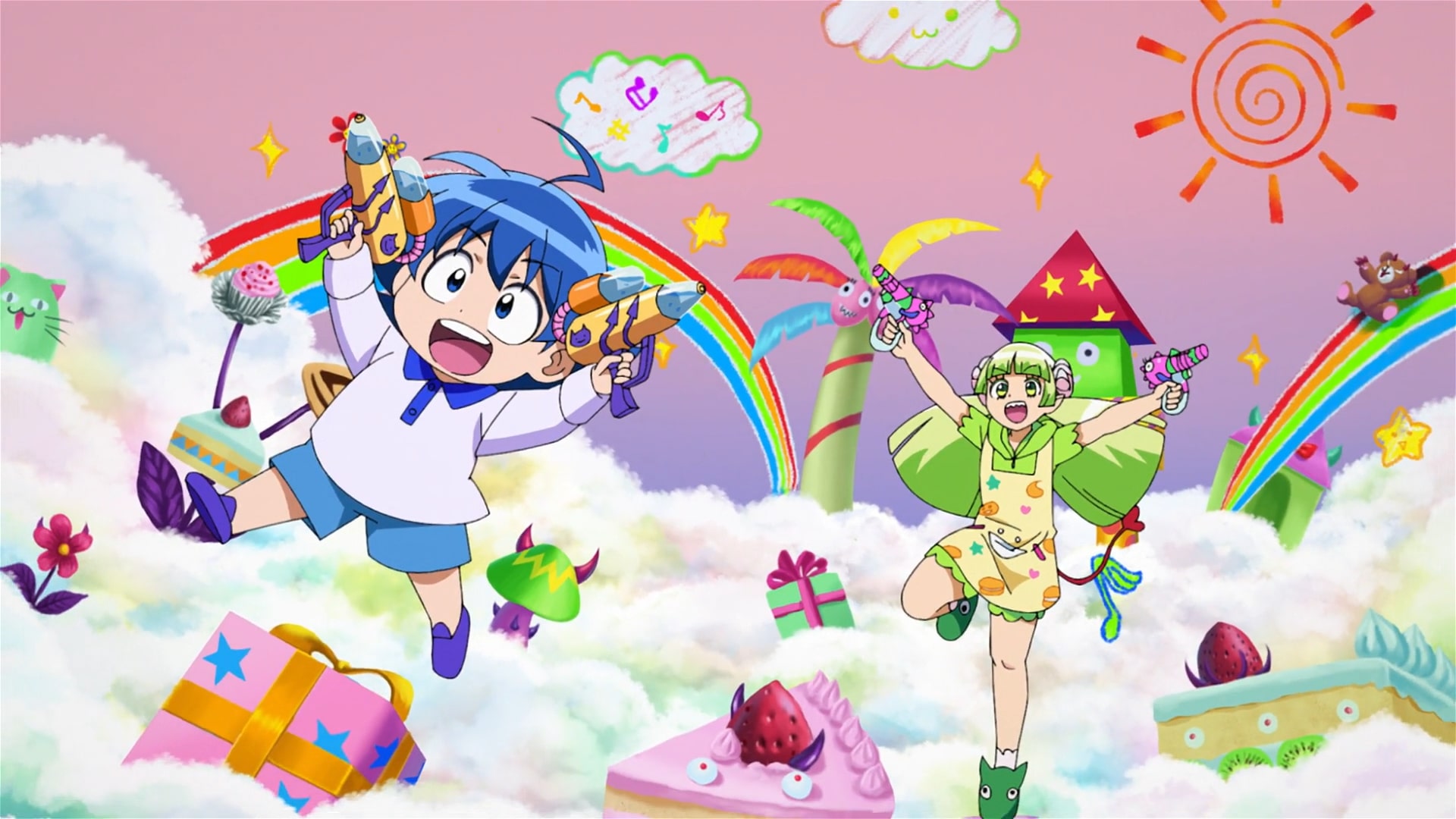 When someone goes to Clara’s Toy Box, they are unable to think rationally. In order to make one more vulnerable, the person is turned into his younger self which also adds to the overall attraction of the place and most of them end up playing to the point of exhaustion. Clara has tried this trick with Raim as well and was surprised to find out that even she would fail to stop herself.

When Iruma arrives in the Toy Box, his first thought is that he cannot play there since the Harvest Festival is going on right now and he needs to focus. Unfortunately, he is unable to hold on to his conviction even for a few seconds, and the idea of getting to play overwhelms him. Just like any other person before him, Iruma also starts playing in the Toy Box with Clara and both have the best time of their lives. 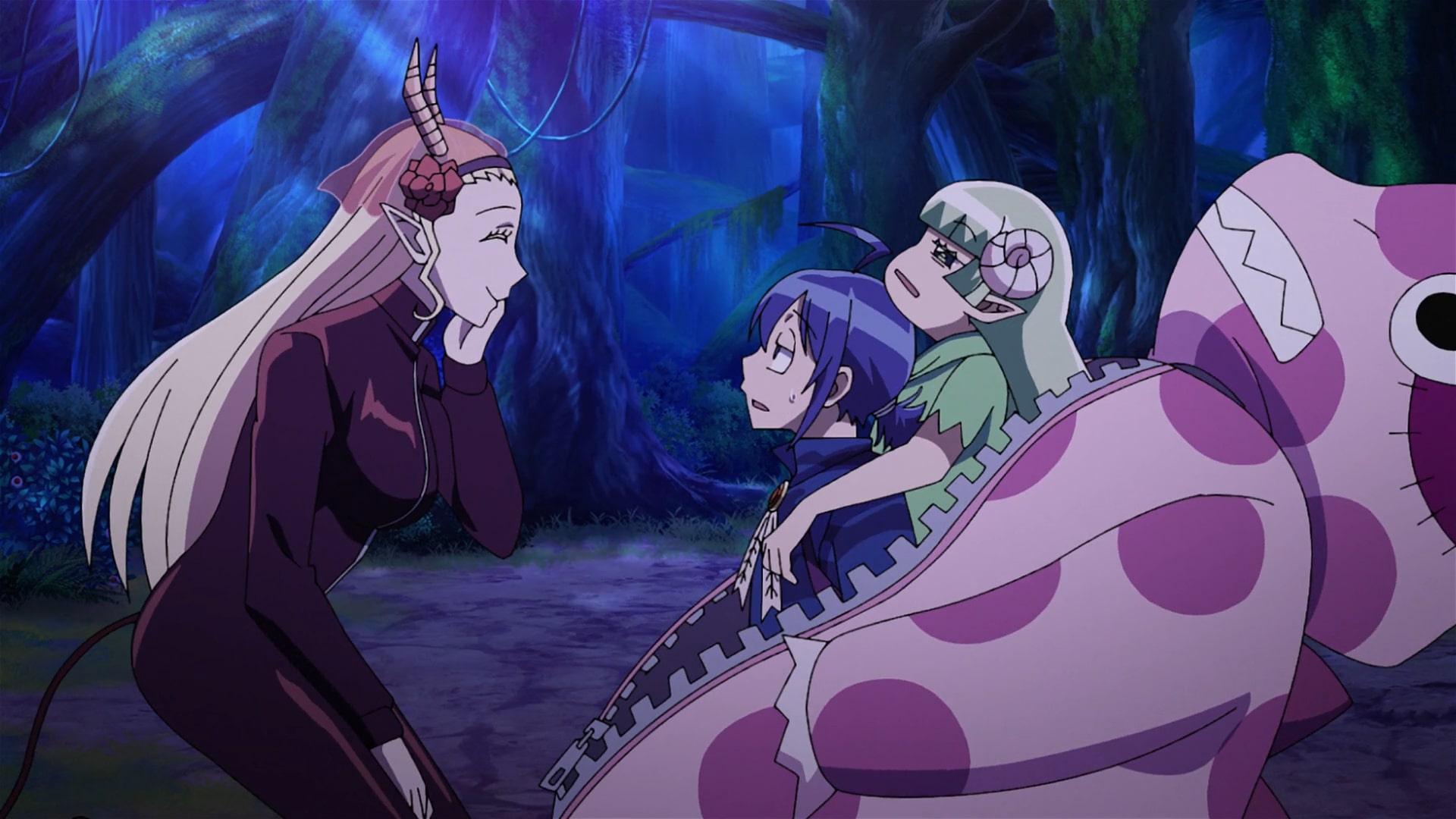 Deep down Clara wants to make Iruma fall in love with him and she sees this as a great opportunity as they are making wonderful memories in the fantasy world. Eventually, the trick turns out to be good enough to keep Iruma busy and once the job is done Elizabetta wakes the duo ending their stay in the Toy Box. It turns out that Elizabetta and Clara have stolen 5400 points from Iruma and Lied forcing the duo to now start from 0.

Welcome to Demon School! Iruma-kun Season 3 Episode 7 Ending: Why Do So Many Students Quit on the First Night of the Harvest Festival?

The Harvest Festival starts during the day and it seems that the organizers have a smart reason to do it that way. The participants usually start the test high on confidence but by the time it’s night, they are usually mentally and physically beginning to feel exhausted. Sadly, that eventually works against them as the first night is statistically the most dangerous time and usually it leads to a ton of injuries. 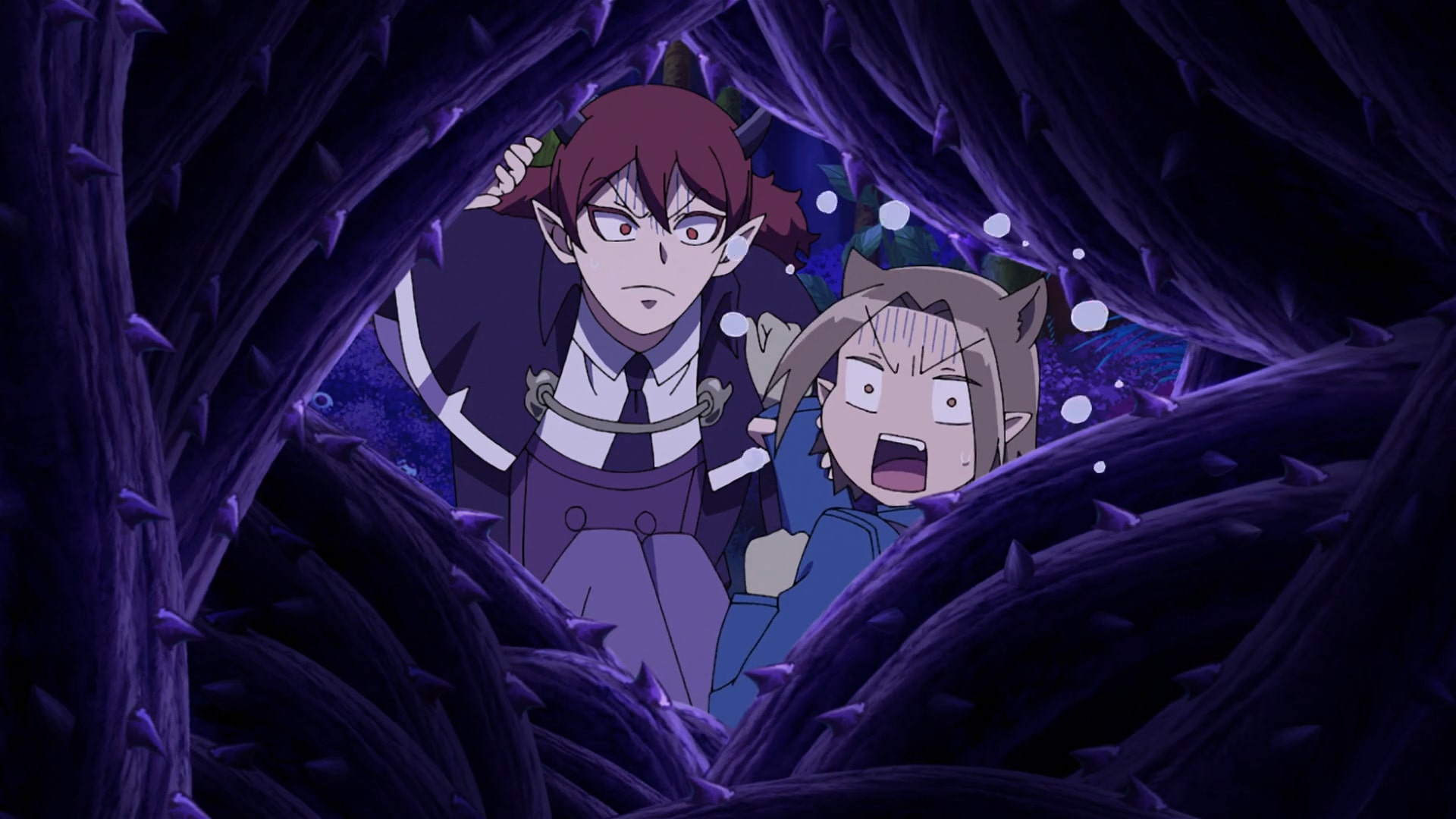 Students who are tired and drowsy often make the mistake of trying to sleep in which case they end up getting caught by the small but strong Nest Squirrels who like to like to steal their enemies’ place of rest. Hungry students end up getting lured by the smell of Steak Bats, who use their odor to attract their prey to eventually suck their blood. Then there is the Bird-Head Grass that fools participants by mimicking a person’s voice. In such high-pressure situations, students naturally begin to panic and a lot of them eventually quit.

How Do Teachers Ensure the Safety of the Students During the Harvest Festival?

Since nighttime is usually the most dangerous, teachers like Kalego are always prepared to rescue students who no longer wish to continue. As soon as they announce that they forfeit, these teachers spring into action to help the participants. Some of these students are sometimes on the verge of being devoured alive by a monster. 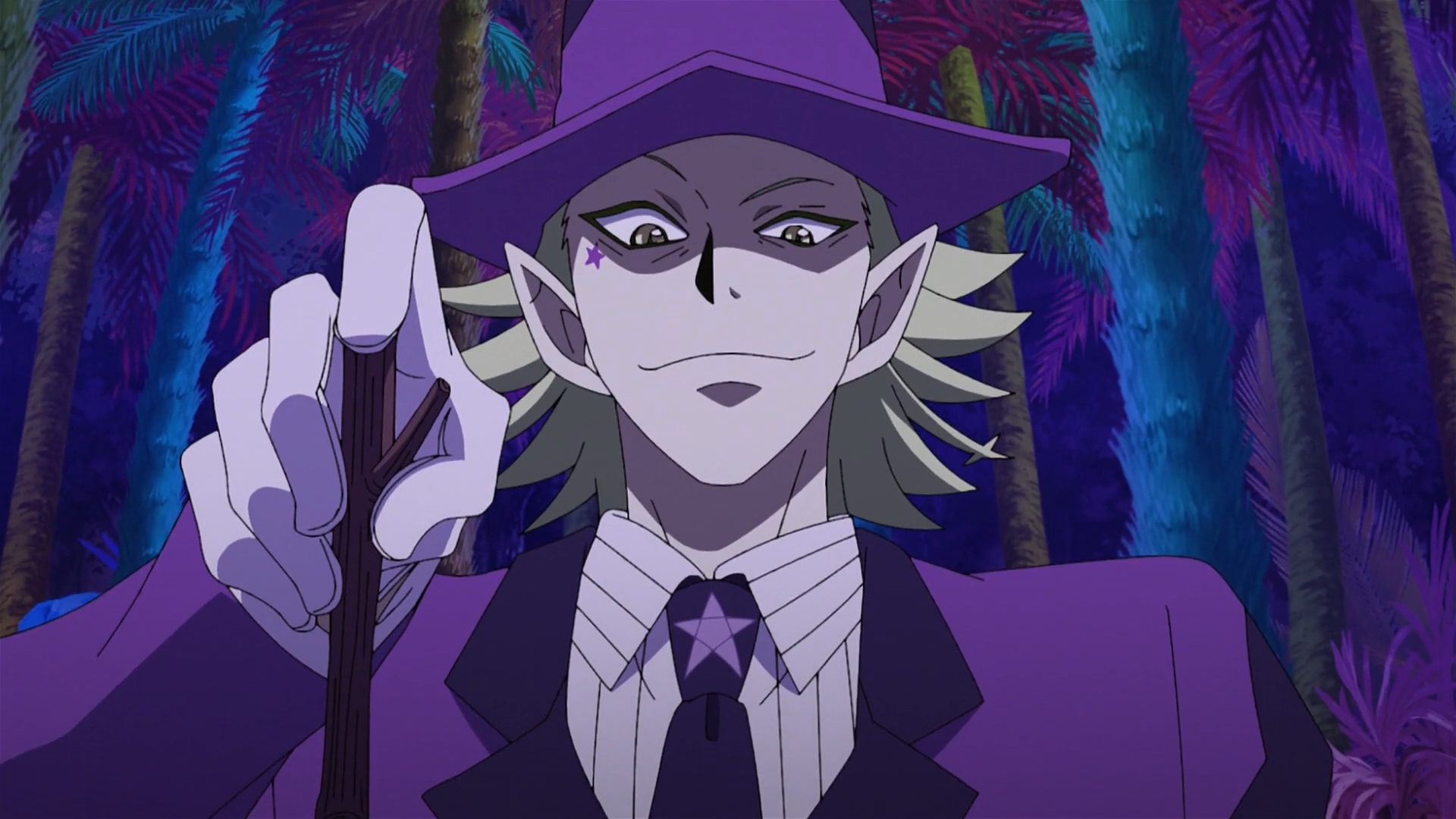 There is also a rescue squad that focuses on healing injuries that students may have sustained during the festival. One of the rescue squad’s key members is Buer Blushenko. Once the students have officially quit and are treated for their injuries, they are told to head back to the school. It turns out that about a fifth of these participants usually forfeits on the first night every year.

Orias Oswell is another professor like Kalego who plays a critical role in ensuring that students do not end up having serious injuries. Interestingly, ever since Orias has been made the director, the number of casualties in the Harvest Festival has gone down quite a lot. So, teachers use their bloodline abilities and go to any lengths to ensure that the Harvest Festival is safe and no student is hurt.