Were Tess and Joel Together in The Last of Us? Explained 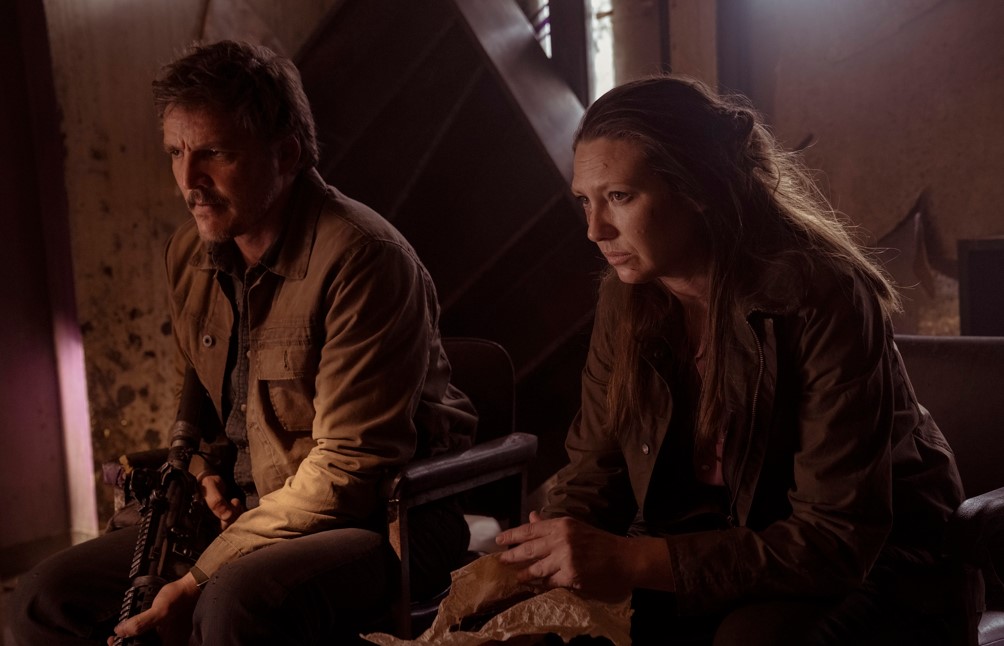 HBO’s ‘The Last of Us’ takes place in a world ravaged by a fungal infection that transforms people virtually into zombies. In 2003, the outbreak started, and within the next two decades, it decimated the human population and destroyed civilization. In 2023, a ray of hope comes in the shape of a girl named Ellie (Bella Ramsey), who appears to be immune to the infection. Smuggling partners Joel Miller (Pedro Pascal) and Tess (Anna Torv) are tasked to take Ellie beyond the quarantine zone to the scientists belonging to the Fireflies, an anti-establishment organization waging war against the tyrannical Federal Disaster Response Agency or FEDRA. In the show, it is implied that Joel and Tess are in a relationship. If you are wondering whether they have a similar relationship in the game as well, we got you covered. SPOILERS FOR THE GAME AND SHOW AHEAD.

Were Tess and Joel Together in a Relationship?

In the show, the first scene of Tess and Joel together pretty much establishes the dynamic between them. Torv explains in an interview with The Sunday Morning Herald, “It’s the little things. She comes in, she pushes him aside a little [Pascal’s character is sleeping], he rolls over, she puts her arm around him, he takes her hand. And you know they’ve been together a long time. They’re totally comfortable and familiar, you know they trust each other. So, you show it then; you don’t show it any other time.”

Torv and Pascal reportedly decided that Joel and Tess should be in a relationship, though they agreed that, just like in the game, it has to be subtle. “She’s tough and she’s a survivor, but I can’t think of Tess without Joel. I think she really is in love with him, and I don’t think she would have been able to get through it all if it wasn’t for him,” Torv told PopSugar.

The Fringe actress continued, “We decided that Joel and Tess had been together for a long time, that they were lovers, they trusted each other and they were each other’s best friends, they had each other’s back… there’s a mutual understanding.”

The relationship between these two characters in the game is a source of much speculation among the fans. There are hints scattered across the game that seems to denote that they are indeed lovers, though they can be interpreted in different ways. They often flirt with each other and make suggestive remarks. For example, while dealing with a group of infected, Tess quips in a sultry voice that she loves watching Joel work as he begins dealing with the danger.

Pragmatically speaking, Joel and Tess have been working together for a considerable period before the start of the game and seem to have garnered a reputation in post-apocalyptic Boston. Given the hopeless world they live in, it’s not too preposterous to presume that they might have sought comfort in each other’s arms. After Tess is bitten by an infected, she asks Joel to leave with Ellie. Realizing that Joel is reluctant to do so, she states, “there is enough here that you must feel some kind of obligation to me.” This simple line encapsulates the type of relationship the two characters shared, implying that they were lovers. After Joel and Ellie escaped, Tess was killed by soldiers.

Read More: Is Cordyceps Fungus Real? Can It Infect Humans?