Where is HBO’s The Last of Us Filmed? 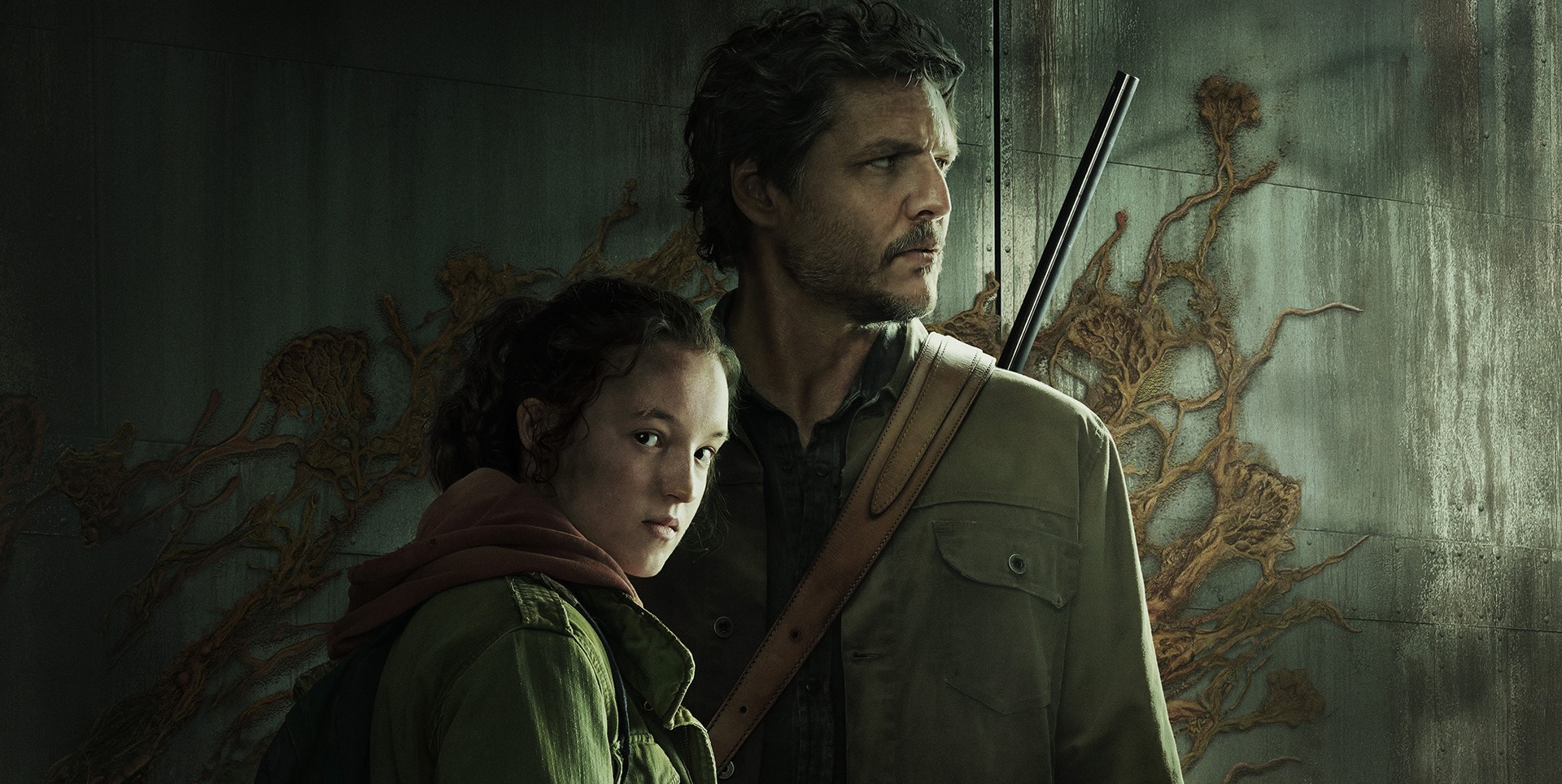 Based on the 2013 eponymous video game developed by Naughty Dog, HBO’s ‘The Last of Us’ is a post-apocalyptic drama series. Set a couple of decades after the destruction of modern civilization, it follows a smuggler named Joel who is assigned the task of escorting the 14-year-old Ellie outside of an oppressive region safe and sound. A job that starts off like any other smuggling assignment for Joel soon turns into a life-threatening and life-changing journey as the two must depend on each other for survival against the ruthless monsters they come across during their trek across the country.

Created for the screen by Craig Mazin and Neil Druckmann, Joel and Ellie’s brutal journey against zombies and monsters is also quite symbolic of their own demons the two fight off during their adventure, which makes it an even more enthralling watch. Moreover, the setting of a post-apocalyptic world against the backdrop of a multitude of locations is bound to spark questions about its actual filming sites. If you are one such curious soul, you might be interested in what we have to share!

The Last of Us Filming Locations

‘The Last of Us’ is filmed in Alberta and Missouri, particularly in the Metropolitan regions of Calgary and Edmonton, Canmore, Fort Macleod, Olds, Waterton Park, Nanton, Lethbridge, Bragg Creek, Grande Prairie, Stoney Nakoda Nation, Kananaskis Country, and Kansas City. As per reports, the principal photography for the inaugural iteration of the thriller series commenced in July 2021 and wrapped up in June 2022.

In October 2022, the filming unit got back to work for a while to work on additional photography for the debut season. Moreover, due to the ongoing COVID-19 pandemic at the time of production, the cast and crew were quarantined for two weeks after entering Canada. Now, let’s follow Joel and Ellie on their adventurous trek and get a detailed account of all the specific sites that appear in the HBO series!

Major portions of ‘The Last of Us’ are lensed in the Calgary Metropolitan Region or simply Calgary Region, a conglomeration of municipalities that is centered on the eponymous city. The region reportedly stands in for several locations, including Boston, Kansas City, and Jakarta. In order to shoot the scenes set in the fictional University of Eastern Colorado, the production team sets up camp at Mount Royal University at 4825 Mount Royal Gate Southwest and Southern Alberta Institute of Technology at 1301 16 Avenue Northwest, both in Calgary.

Going to class at MRU has gotten really weird with the whole zombie apocalypse thing going on at the same time. #abpoli pic.twitter.com/L17Qp16erp

To give an autumn setting to the sites, they added the right amount of foliage on the campuses and had to even remove snow from the SAIT. Many important scenes are also recorded near Stampede Park at 650 25 Avenue Southeast in Calgary, as three blocks were constructed in the area to make it stand in for the Boston quarantine zone where Joel and Ellie meet for the first time. The filming unit negotiated with the city for about six to eight weeks to shut down the 4th Avenue Flyover and managed to shoot key sequences for the first season on location for a week or so in October 2021.

They utilize various other sites for shooting the series, including Lord Shaughnessy High School at 2336 53 Avenue Southwest, Northland Village Mall at 5111 Northland Drive Northwest #440, Stephen Avenue, the neighborhood of Beltline, Memorial Drive, around Globe Cinema at 617 8 Avenue Southwest, and 1st Street between 11th Avenue and 13th Avenue Southwest, all in the city of Calgary. Furthermore, YYC Calgary International Airport’s Trail Tunnel, Kensington, Victoria Park, and the Calgary Courts Centre at 601 5 Street Southwest, feature in the series as well.

A post shared by The Last of Us HBO – Status (@hbosthelastofus)

An action scene in season 1 involving explosive gunplay and hordes of zombies was recorded using the facilities of the Calgary Film Centre at 5750 76 Avenue Southeast #10. The film studio is home to three purpose-built sound stages, massive warehouse spaces, and three multipurpose workshops. All of these amenities make it a suitable filming site for different kinds of productions. The filming unit also created a hospital set in the city of Calgary to recreate the first game’s final sequence.

Several locales of the towns of Okotoks and High River also make an appearance in ‘The Last of Us.’ To be specific, the cast and crew set up camp on 500 Suntree Place between Robinson Drive and 29 Suntree Lane in Okotoks and in High River’s neighborhood of Beachwood Estates. Reportedly, they paid CA$100,000 for community funding and reimbursed the town CA$15,000 to get permission to get rid of three trees in the Beachwood area.

A significant portion of ‘The Last of Us’ is taped in the Edmonton Metropolitan Region AKA Greater Edmonton or Metro Edmonton, a conglomeration of municipalities that is centered on the eponymous city. The production team decorates the Alberta Legislature Building at 10800 97 Avenue Northwest in Edmonton with vines and greenery for certain scenes in the series. In October 2021, the cast and crew members were spotted recording key scenes in and around Rice Howard Way in Downtown Edmonton as it stood in for post-apocalyptic Boston.

Apart from setting up a large crater in front of an Italian restaurant in the area and a green screen for the skyline, they also transformed a local store into a ruined salon and took permission from another to let a stunt performer fly through the front window of their store. Moreover, 107 Street from 96 Avenue to 97 Avenue, 108 Street between Jasper Avenue and 100 Avenue, and 104 Street, south of 102 Avenue to the north of Jasper Avenue, feature in the show as well.

In order to replicate the site of Tommy’s community in the game, which is in Jackson, Wyoming, the filming unit utilizes the locales of Canmore, a town located 50 miles west of Calgary. They reportedly used approximately 300 extras and numerous horses to get the desired shots for the series. You can spot a number of local sites in different scenes, including the Canmore Miners’ Union Hall parking lot at 738 7 Street, Canmore Engine Bridge, 800 block of Main Street, and 800 block of 14 Street.

Other Locations in Alberta

For shooting purposes, the production team travels to several other locations across Alberta, one of which is Fort Macleod. They primarily set up camp in the Mainstreet area where they changed storefronts and placed police cars with Austin, Texas number plates to fit the scenes in the show. Moreover, flags and other props and lighting are set up across the downtown as well. Unlike the other stores, Don’s Barber Shop at 2316 2 Avenue was allowed to keep its original name and appearance for the debut season.

The town of Olds is yet another key filming site where shooting for ‘The Last of Us’ takes place. In late May and early June 2022, a mural was painted, which was originally meant to be removed after the shooting but was later approved to remain in its place. Several pivotal portions for season 1 were lensed in and around Olds Electric & Lighting Ltd at 6319 Imperial Way (asked to take their signs down for the shoot), on 51st Street, and in the alleys between 51st Street and 52nd Street.

In February 2022, the filming unit was spotted at the Waterton Lakes National Park taping important scenes for the show’s debut season as vehicles with Colorado license plates were present on set. There are a number of other sites in Alberta that feature in the show, including Nanton, Lethbridge, Bragg Creek, Grande Prairie, Stoney Nakoda Nation, and Kananaskis Country.

Additional portions of ‘The Last of Us’ are recorded in and around Kansas City, the largest city in Missouri, in terms of population as well as area. Its locales are mainly utilized to stand in for Pittsburgh. The additional photography for the inaugural iteration took place on Interstate 435 in Kansas City, both in the states of Kansas and Missouri.

Kansas City is the backdrop for the tv series “The Last of Us.” Thank you to KC Film Office and Missouri Motion Media Association – they will be connecting the world w/many KC’s iconic buildings. Looking forward to seeing Kansas City on screen! pic.twitter.com/O8AvchK92q

Read More: Best Movies and Shows Based on Video Games on Netflix