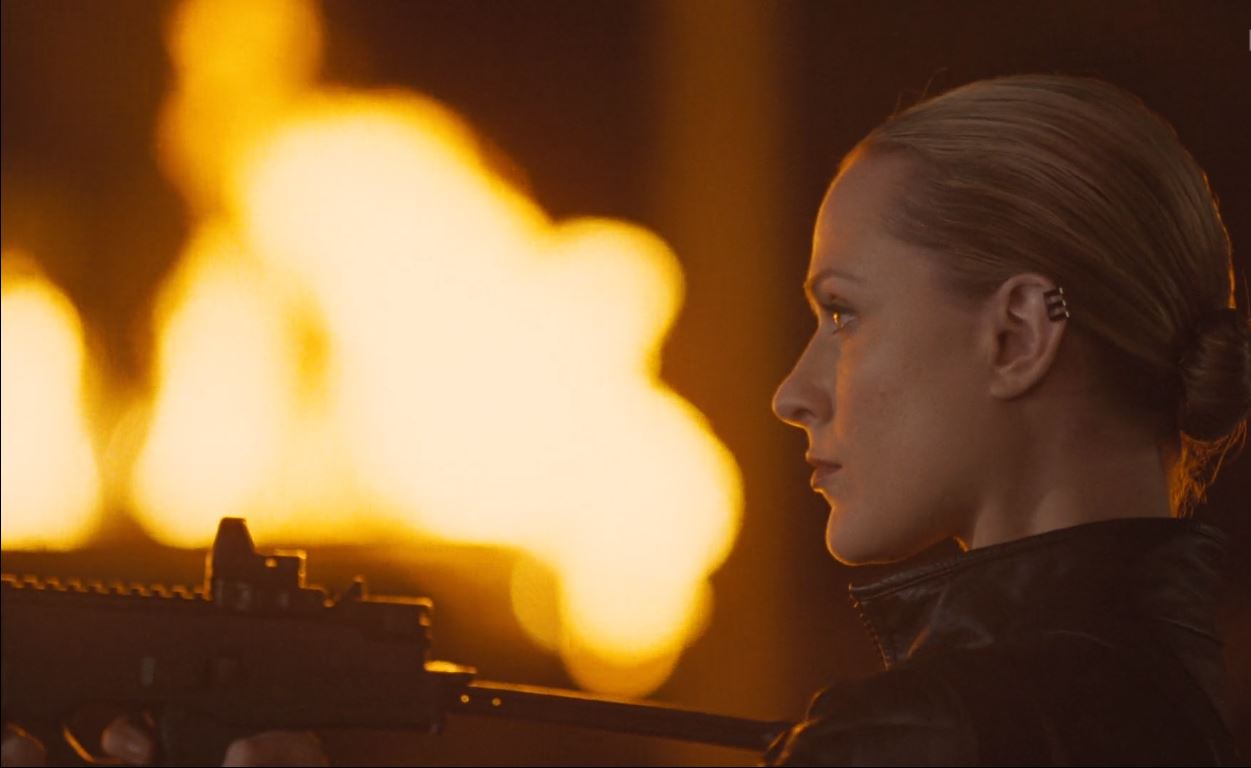 “If you’re born in a cubicle and grow up in a corridor, and work in a cell, and vacation in a crowded sun-room, then coming up into the open with nothing but sky over you might just give you a nervous breakdown,” writes Isaac Asimov in ‘Foundation.’ The line can describe the fifth episode of the third season of ‘Westworld‘ accurately. And that, ladies and gentlemen, is another demonstration of the artistic perfection of Jonathan Nolan and Lisa Joy’s creation.

Not only has the HBO series been thoroughly entertaining, but it has also managed to firmly root itself in the sci-fi pantheon: delivering a new, directional jolt. There is a reference to Hulu’s ‘Devs’ in the episode. Given the fact that Apple TV+ plans to turn ‘Foundation’ into a television series, it is safe to predict that ‘Westworld’ remains poised to be the focal science-fiction work of the 21st century.

‘Westworld’ Season 3 Episode 5 begins with Serac narrating his past in French. He recalls how he and his brother had managed to escape the destruction of Paris. Then, the two had come to the New World (USA) to make a new God (Rehoboam). In the present, Serac’s watch is revealed to have the circle which is seen this season, when the setting is changed. 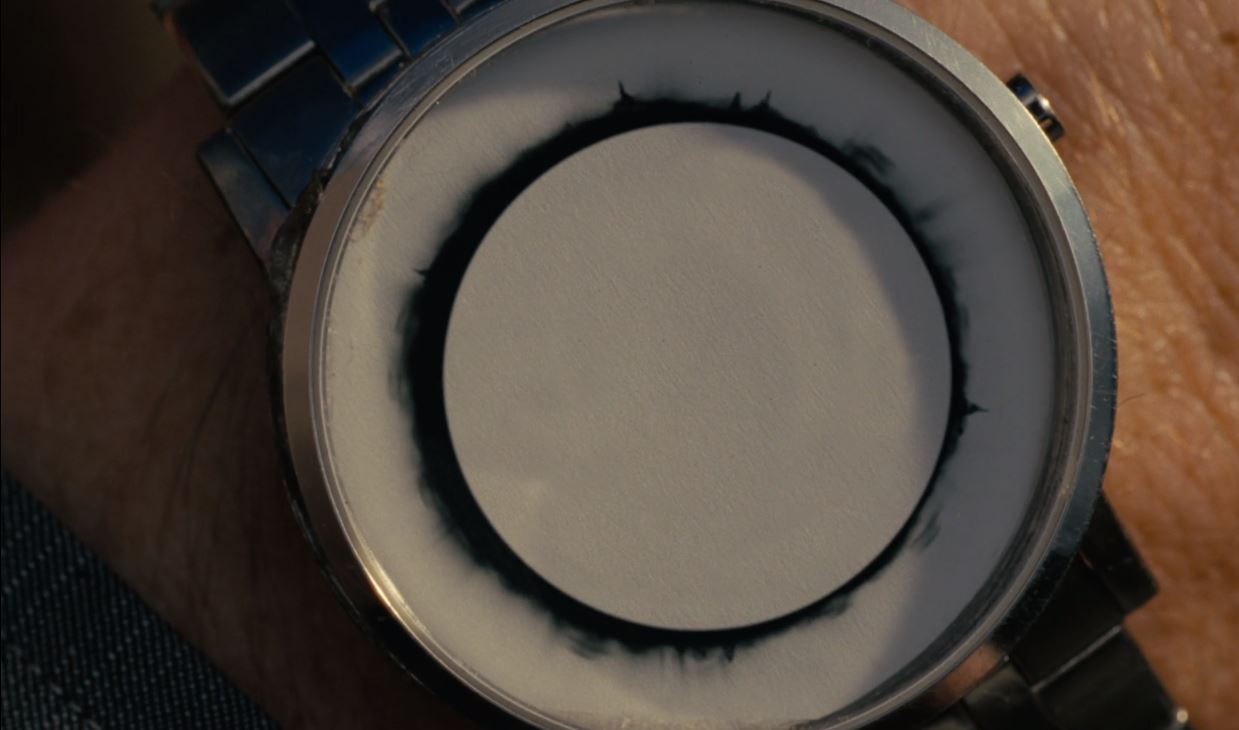 Further, Serac recalls making a deal with Dempsey’s father for access to Incite’s data. However, Serac and his brother’s earlier attempts at making Rehoboam do not turn out to be perfect, leading Dempsey Sr. to lose his faith and question his investment. Serac’s brother suggests killing Dempsey Sr.

Back in the present, Serac finds out that Liam Dempsey Jr. has been missing and sees a picture of Dolores as she is related to it. On the other hand, Dempsey Jr. injects the party drug, Genre, in Caleb when he is being carried at gunpoint by him (Caleb) and Dolores. The drug makes the user experience life as if it were a movie.

Then, Serac’s goons make Dolores, Caleb, and Dempsey’s car stop. A gripping action sequence follows, which sees Caleb using a rocket launcher to blow up one of the goons’ cars. Then, the group meets up with Caleb’s criminal collaborators: the ones he had robbed an ATM with.

Using Dempsey’s credentials and Martin Connells’ “help,” Dolores shares Rehoboam’s predictions with everyone in the world. People start to see the life that Rehoboam has planned for them. Chaos ensues.  It is revealed that the circle in Serac’s watch shows the stability of the universe as it starts to lose its shape. Sometime after that, Caleb’s criminal collaborators shoot Dempsey and kill him after he (Dempsey) reiterates how they are destined to be petty criminals.

On the other hand, Serac is depicted to have killed Liam Dempsey Sr. Moreover, he is also depicted to be working on a technology that “edits” people, including his own brother. Towards the end, Dolores and Caleb enter a plane.

The fifth episode of the third season of ‘Westworld,’ sees the writers adopt an engaging way of depicting a car chase sequence. The action is shown from the point of view of a drug-addled Caleb. He experiences it in the style of various movie genres, characterized by songs such as ‘Nightclubbing’ by Iggy Pop. This proves to be just a stylistic addition and does not have much bearing on the plot. However, the hallucinations could have been depicted in a more intense manner since, on many occasions, they pack a lesser punch due to the chaos of so many things happening at once.

Once again, the strength of ‘Westworld’ lies in its depth and its handling of complex, philosophical questions. As mentioned earlier, the show is firmly placed in the sci-fi universe. Dolores mentions how everyone needs to be shown the train tracks they have been riding on. This harkens back to Alex Garland’s ‘Devs’ which employs a similar futuristic vision for predictive analytics and uses the same analogy to explain determinism. The HBO show wraps multiple, complex ideas, teasing viewers to wait and watch which one develops into a dominant theme.

Next, the episode finally reveals Serac’s intentions. He shapes up to be quite a supervillain, intent on correcting mankind’s course and putting it back on track. With that mystery resolved, the show sets up an intriguing battle between two anti-heroes: Dolores and Serac. This makes the role of Bernard and Maeve extremely interesting as they will turn out to be the “good guys” who install themselves in the middle of this chaotic battle to save the day.

Returning to Asimov’s quote at the start of this article, ‘Westworld’ finally portrays a chilling vision of the future: once again making viewers wonder about the nature of their existence. The fate of humans and androids seems to be more similar than ever. The episode makes the previous seasons of ‘Westworld’ feel even more compelling as the larger narrative starts to show a masterful development of science fiction’s favorite theme: fate vs. free will. However, this is not old wine in a new bottle. ‘Westworld’ is powdered alcohol: its eyes set toward the future, but its heart beating with the same, familiar rhythm of humanity.