What Breed of Dog is Cupcake in Man vs Bee? Is it Real or CGI? 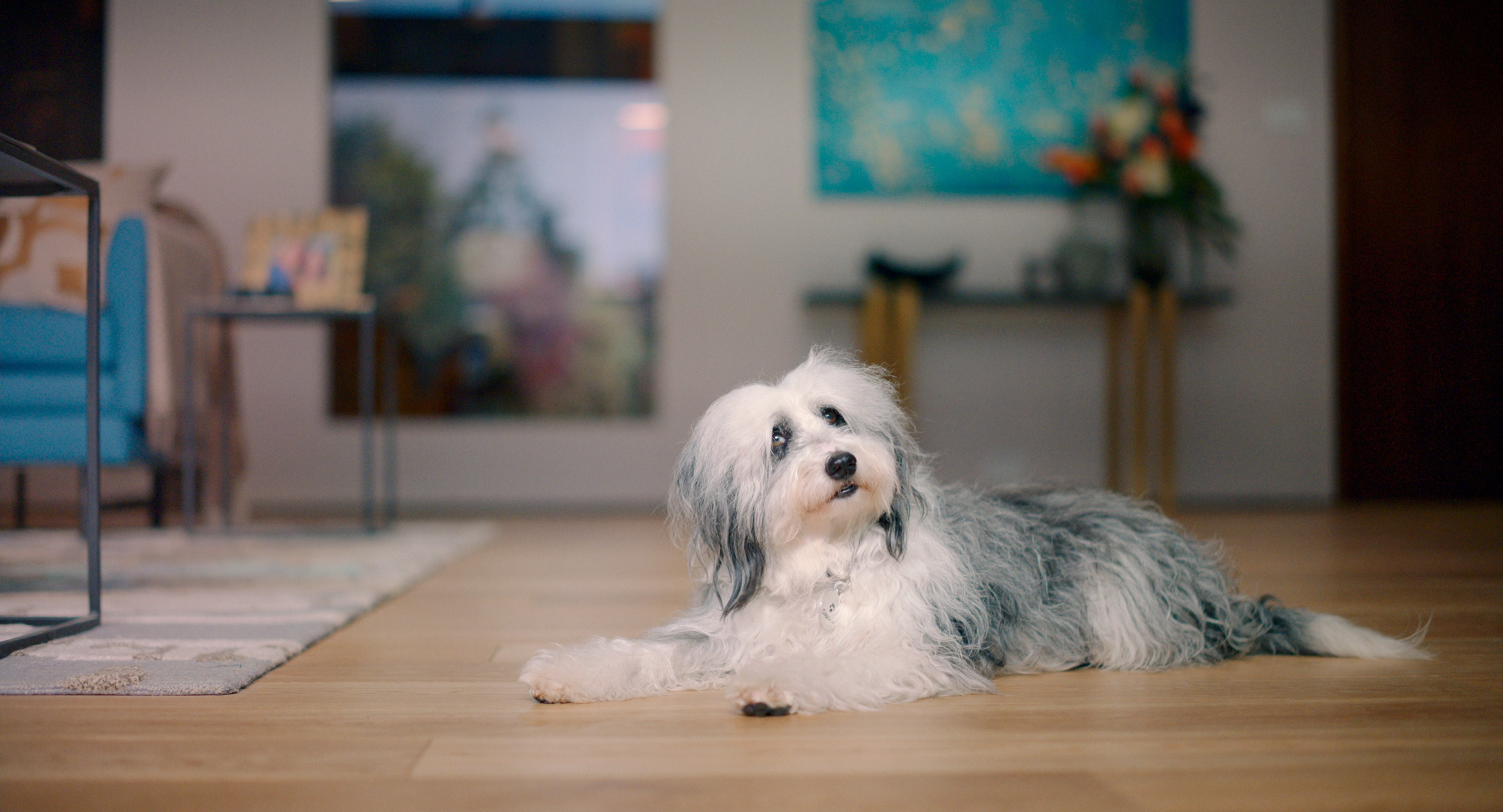 Netflix’s comedy series ‘Man vs Bee’ follows Trevor Bingley, who gets temporarily employed by Christian and Nina to look after their mansion while they are on vacation. A house sitter by profession, Trevor starts the assignment without any prior house-sitting experience. To make things worse, a bee starts to disturb him severely, provoking him to kill the insect. As Trevor tries his best to put an end to the bee’s annoyance, Christian and Nina’s dog Cupcake suffers in between them. Since Cupcake succeeds in captivating the viewers, one must be intrigued to know more about the dog. Let us share what we know!

What Breed of Dog is Cupcake?

Cupcake is a Lhasa Apso, a lavishly coated breed from Tibet. “Lhasa” in the breed’s name refers to the eponymous Tibetan capital city. Lhasa Apso was a major presence in the palaces and monasteries situated in the Himalayas. In 1959, the American Kennel Club (AKC) added the breed to its non-sporting group. As per AKC, the height of Lhasa Apsos are around 10-11 inches, weighing between 12-18 pounds. The average life expectancy of the breed is 12-15 years. The major attraction of Lhasa Apsos is their long silky coat.

Lhasa Apsos are adorably affectionate towards the people who nurture them. They are considered watchdogs with a highly reactive nature in the presence of a potential threat. They are also cautious of strangers, which makes them an excellent “guardian of the home.” The breed is highly independent and demands adequate training while integrating into a family. Lhasa Apsos are elegant and fascinating, like Cupcake in the show.

Is Cupcake Real or CGI?

Cupcake is real. A Lhasa Apso named Pixel plays Cupcake in ‘Man vs Bee.’ Rowan Atkinson, the co-creator and lead performer of the show, described Pixel as “sensitive.” The actor had to make changes in his performances to be compatible with the dog. In a particular scene, the trainer of the dog advised Atkinson to not run towards Pixel but to come from the side. In an interview given in June 2022, he referred to Pixel as the “star of the show.”

“The dog [Pixel] was tricky, as dogs often are: very well trained, very sweet. But, I guess it’s related to the very rigorous, very repetitive training that dogs have to go through in order to do the amazing things that they do: they’re easily put off,” Atkinson told British Comedy Guide about the experience of filming with the dog. “Suddenly, there’s a loud bang, or someone comes in the door the wrong way or something. And then suddenly, for two hours, you can’t shoot with them,” he added.

Atkinson had also revealed that having a real dog to play Cupcake also affected the filming schedules. “You’re thinking, ‘we’re supposed to be shooting the dog in these two hours, what else can we shoot?’ and suddenly, the shooting schedule goes out the window. So that was occasionally tricky,” the actor told British Comedy Guide. The crew of the show did a commendable job in utilizing a real dog to play Cupcake, an integral part of the show’s narrative, despite the challenges they had to overcome.

Read More: Does Trevor Kill the Bee at the End of Man vs Bee?