Where is Man vs Bee Filmed? 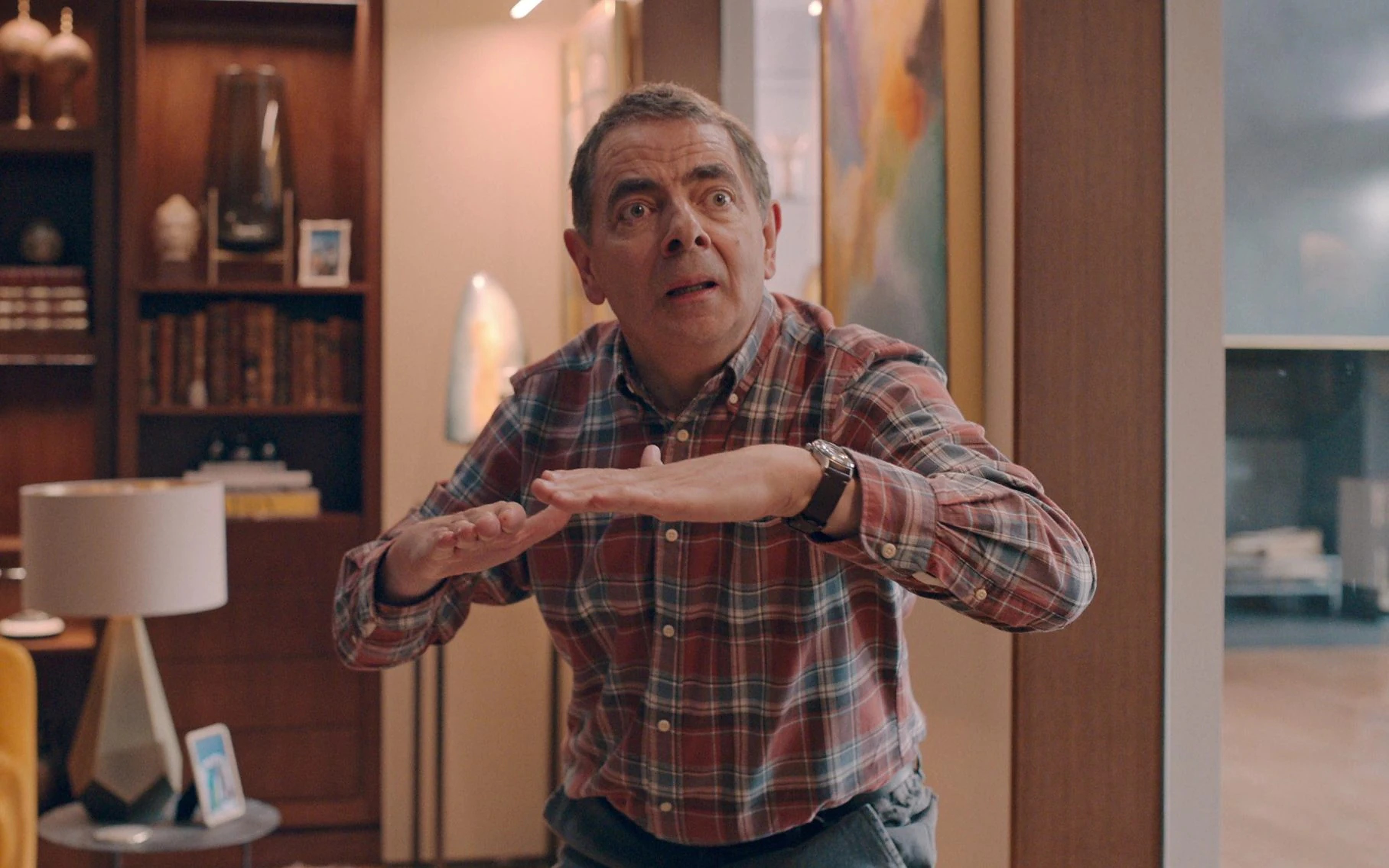 Created by Rowan Atkinson (‘Johnny English‘) and William Davies, ‘Man vs. Bee’ is a British comedy series that revolves around a bumbling dad named Trevor, who lands a job as a housesitter. For his first assignment, he must take care of a wealthy woman’s luxurious mansion with many prized possessions, including expensive artwork, vintage cars, and a lovable dog named Cupcake. It all seems too easy of a gig until a mischievous little bee enters the scene and starts to make life so difficult for Trevor that he takes some extreme measures just to get it out of the property.

In the process, Trevor damages several possessions in the lavish mansion, uses a flamethrower, and indulges in a set of other wild tactics to win the war against the bee. The unique narrative of ‘Man vs. Bee’ keeps the viewers hooked on the series to find out who wins in the end — the bee or Trevor. Meanwhile, the backdrop of the expansive mansion that Trevor takes care of, along with other locations that appear in the comedy series, intrigues them. So, if you wish to learn more about the production sites utilized for the Rowan Atkinson-starrer, we’ve got you covered!

‘Man vs. Bee’ is filmed in England, specifically in London and the counties of Buckinghamshire and Hertfordshire. The principal photography for the inaugural iteration of the show took place for around 12 weeks in the summer of 2021. Since the story is set in England, it makes sense why the production team choose the cities and counties of England as the show’s shooting sites.

Anne Mensah, Vice President of Content at Netflix, said a few words about filming the British series in the UK. She stated, “Setting up a team entirely based in the UK was always about being able to better connect to the fantastic program makers we have here – to provide a space for writers, producers, and actors that feels local, friendly, and familiar but also provides talent the opportunity to make shows that will impact on a global scale.” Now, let’s traverse the specific locations showcased in the comedy series!

London serves as one of the prominent filming sites for ‘Man vs. Bee.’ The production team supposedly tapes a large chunk of interior and exterior shots across the capital and the largest city of England and the United Kingdom. Situated on the River Thames in the southern part of England, London has played a huge role in the entertainment industry over the years. Movies and TV shows like ‘No Time to Die,’ ‘The Gentlemen,’ and ‘The Crown,’ were also lensed in the capital city of England.

In early August 2021, the cast and crew of ‘Man vs. Bee’ were spotted recording some pivotal police station scenes from season 1 in and around an old courthouse in Aylesbury, a county town of Buckinghamshire. As per reports, there was a green screen in the courtyard with a fake sign on the wall saying “HMP Wandsworth.” Apart from this comedy series, the county town has featured in several filming projects, including ‘A Clockwork Orange,’ ‘The Counselor,’ and ‘And Then There Were None.’

Later, the production team traveled to Bovingdon, a village in the county of Hertfordshire, to lens primary portions for the inaugural season of the comedy series. In particular, several important sequences were taped outside Halo Hearing Solutions and some nearby butcher shops. The former is a hearing aid store located at 81B High Street in Bovingdon. 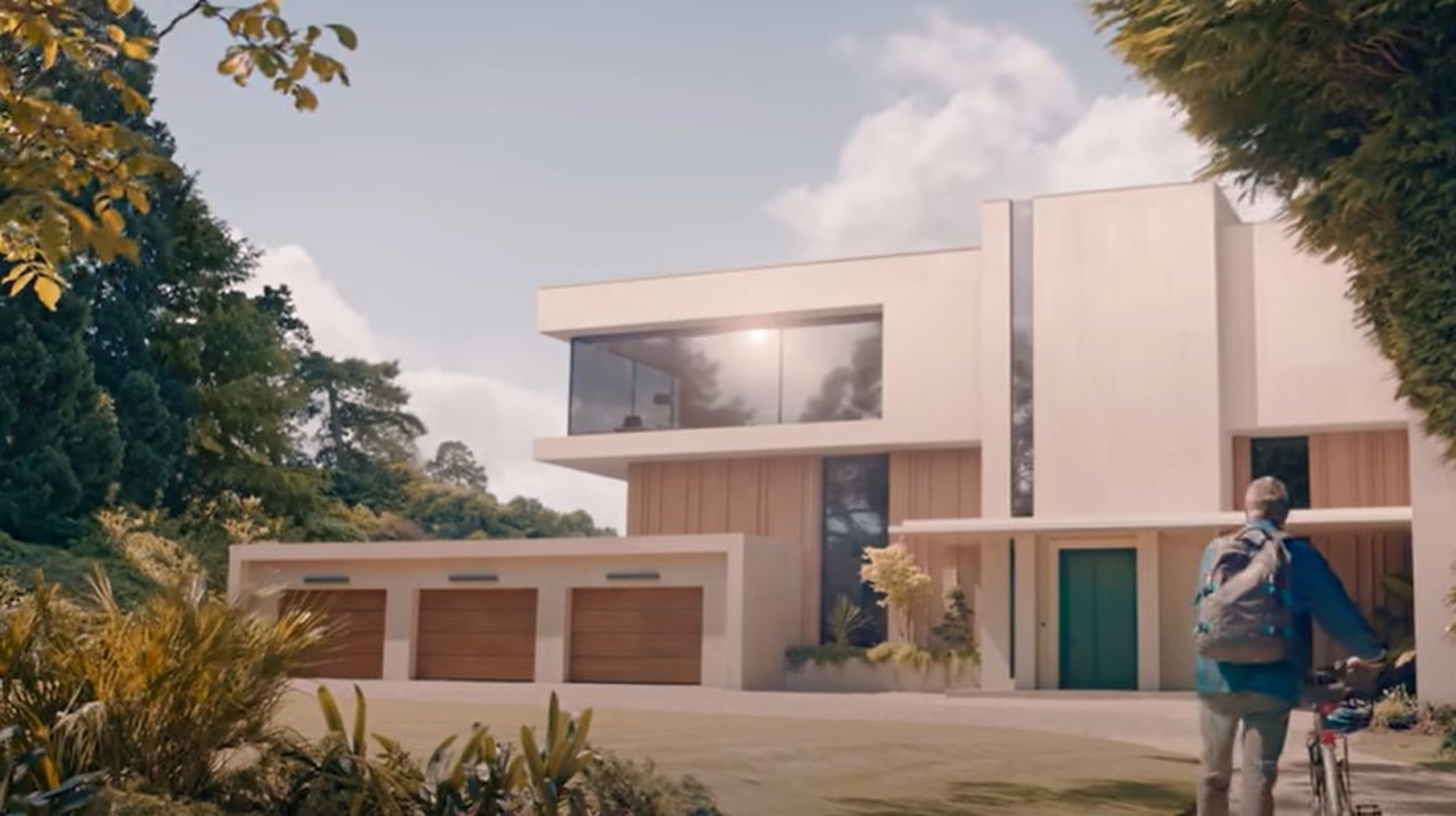 Not just that, the swanky house in which most of the narrative takes place has been particularly built in the Bovingdon Studios, located at Berry Farm, Whelpley Hill in Chesham, which is a market town just nine minutes away from Bovingdon. Apart from a huge chunk of the show’s first season, several movies like ‘Bohemian Rhapsody‘ and ‘Fury‘ have earlier utilized the premises of the hi-tech studios for production purposes.

Read More: Is the Bee Real or CGI in Man vs. Bee?