Is Fury Based on a True Story? 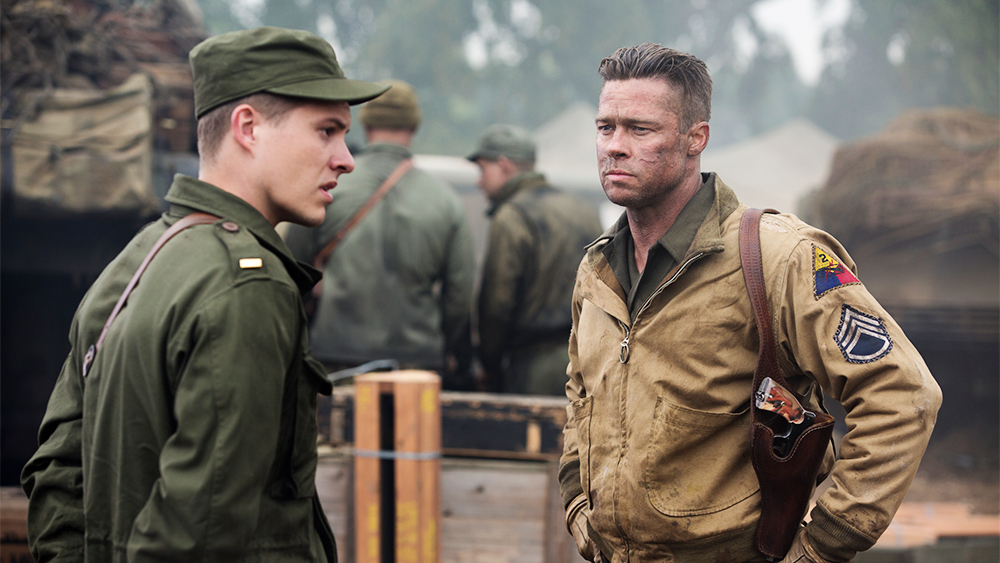 ‘Fury’ is a war movie that boasts of a stellar cast apart from an extremely authentic portrayal of the WWII battleground. The movie is written and directed by David Ayer, who is known for helming movies such as  ‘The Fast and The Furious‘ and ‘Suicide Squad.’ Its cast members include Brad Pitt, Logan Lerman, Shia LaBeouf, Michael Pena, Jon Bernthal, and Scott Eastwood.

The plot revolves around Sergeant Don “Wardaddy” Collier and his crew who embark on a risky mission, which puts several lives in danger. There is tons of tank warfare, and that is where the movie gives an impression of utmost authenticity.

Is Fury a True Story?

Technically, no. ‘Fury’ is a story that was penned by Ayer and is a product of fiction. It is not directly based on a single story. However, Ayer was inspired by several actual events and WWII stories. Both of Ayer’s grandfather fought during the Second World War. He grew up hearing their stories, which were unlike those he had read or seen about. These were more personal accounts of firsthand loss, grief, and trauma.

“They were about the personal price and the emotional price. The pain and the loss are the shadows that sort of stalk my family. That was something that I wanted to communicate with people. Even though it was literally a fight of good against evil and it had an incredibly positive outcome, the individual man fighting it was just as tired, scared and freaked out as a guy operating a base in Afghanistan or a guy in the jungle in Vietnam,” according to Ayer’s interview (source).

Apart from that, one of the stories that inspired the movie of ‘Fury’ was that of Sergeant Lafayette “Wardaddy” G. Pool. His tank was named “In the Mood.” Pool and his crew “would kill 12 tanks, 258 armored vehicles and self-propelled guns, and 1,000 German soldiers in only 79 days,” according to RealClearDefense. Unfortunately, after participating in one of the most intense theaters of the Second World War, Pool was forced to get his leg amputated when In the Mood was hit by a German Panther tank.

Moreover, another inspiration for the movie is reported to be taken from a memoir titled ‘Death Traps: The Survival of an American Armored Division in World War II’ by Belton Y. Cooper. Cooper worked with the 3rd Armored Division, which led the attack against the Germans in Normandy. He had been “responsible for coordinating the recovery and repair of damaged American tanks. This was a dangerous job that often required him to travel alone through enemy territory,” according to the book’s blurb.

Furthermore, the cast and crew, including Brad Pitt, also interviewed another war veteran named Ray Stewart. Stewart had been drafted into the military at the age of 19 and served as a member of the 2nd Armored Division during WWII. The division was nicknamed “Hell on Wheels.” Starting in Omaha Beach, Normandy, Stewart and his comrades “embarked on a 1,000-mile journey that ended in Berlin. Between those two locations, Stewart took part in many battles. Two of his tanks were destroyed by bazooka fire, mortars or the much-feared 88 mm anti-aircraft, anti-tank guns,” according to Charlotte Observer. “I was a kid when I went in. I was a man when I came out,” Stewart recalls.

Apart from being inspired by actual war stories, ‘Fury’ was also filmed with actual World War II items. Actual tanks that had been used in the war were secured for filming. In fact, the owners of the tanks had even allowed Ayer and crew to paint and dress them according to the movie’s needs. For instance, a very specific kind of tank was obtained from the Bovington Tank Museum after some lengthy negotiations. That kind of tank had never been seen in a movie before.

“It’s the only running German Tiger tank in the world. To have a battle with a real Tiger and real Sherman tanks coming at each other with pyro blowing off and explosions and everything — It was a once in a lifetime experience,” Ayer recalls.