What Does Shoresy Always Say? What’s His Catchphrase? 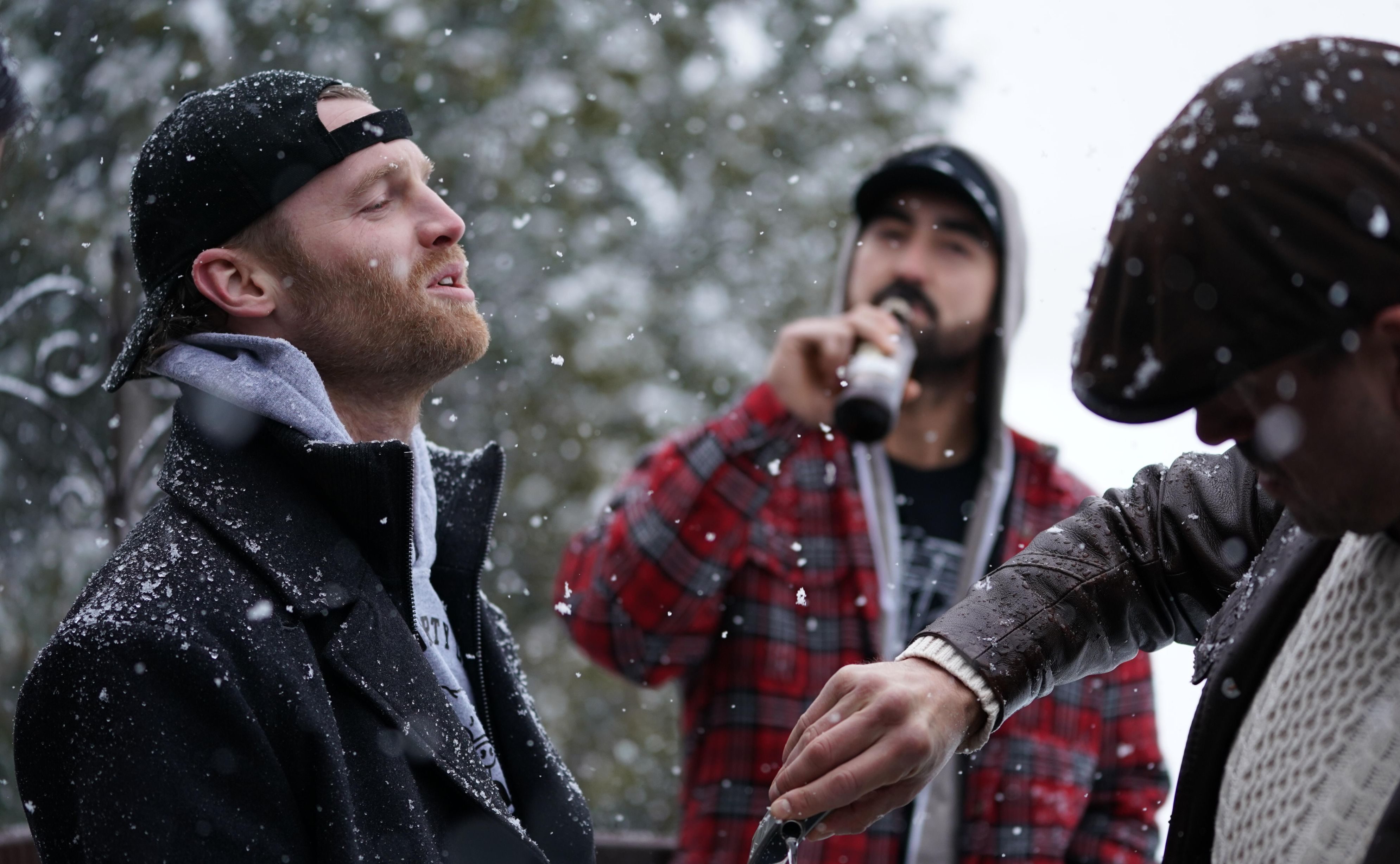 ‘Shoresy’ gives the popular ‘Letterkenny‘ character his own show, complete with a new catchphrase and everything. As the foul-mouthed hockey player attempts to turn around his struggling team, his teammates are treated to some of Shoresy’s signature and completely inappropriate one-liners. Of course, the show takes care of Shoresy fans and brings back many of the character’s old favorite catchphrases. However, the spinoff series seems to have introduced a new catchphrase as well. Here’s what our favorite foul-mouthed hockey player’s most used catchphrases are in ‘Shoresy.’

The tradition of Shoresy’s memorable one-liners stays intact in the spinoff, and the show brings fans a slew of new zingers that the titular character dishes out. The mild-mannered team official, Sanguinet, becomes Shoresy’s new sidekick and friendly punching bag while the rest of the hockey team become recipients of the titular character’s crude humor. After any good barrage of abuses, toilet humor, and sexual innuendos, which essentially make up most of Shoresy’s arguments, he generally likes to close matters with a simple: “Give yer balls a tug.” Fans will be delighted to know that the classic catchphrase is retained in ‘Shoresy,’ though it is used relatively sparingly.

Of course, other old classics like the atrocious mom jokes are also present but are suitably tweaked and now targeted towards the team’s former coach, Michaels’ girlfriend, Mercedes. Shoresy insists, in his own colorful language and with a variety of graphic examples, that Mercedes has had affairs with many of the players on the team.

The spinoff series also gives its titular character an entirely new, if slightly mellower, catchphrase. Shoresy now seems to have the habit of saying an offhand “Yeah, so” every once in a while, especially when he’s feeling pensive. Unlike ‘Letterkenny,’ where we only see Shoresy at his argumentative best, here the character displays a wider range of emotions since the series centers on him.

His simple “Yeah so,” made almost unrecognizable with the signature accent and high-pitched voice, gives Shoresy a tamer, more situation friendly, catchphrase. However, don’t think that the show’s going soft on you because Shoresy’s tame catchphrase is generally bookended by a string of colorful words that sometimes seem too crude even for a hockey locker room.

Another well-known vocal tic of the titular character seems to have been tweaked. Most arguments between Shoresy and his multiple opponents begin with them saying “Fuck you” to each other before every sentence. In the show, Shoresy now sometimes reacts with a “For what?” when someone says “Fuck you” to him. Once again, this seems to be in order to give the character a wider spectrum of responses, especially when he’s talking to people he respects, like the owner of the team, Nat.

Read More: Are Shoresy and Wayne the Same Person, Explained