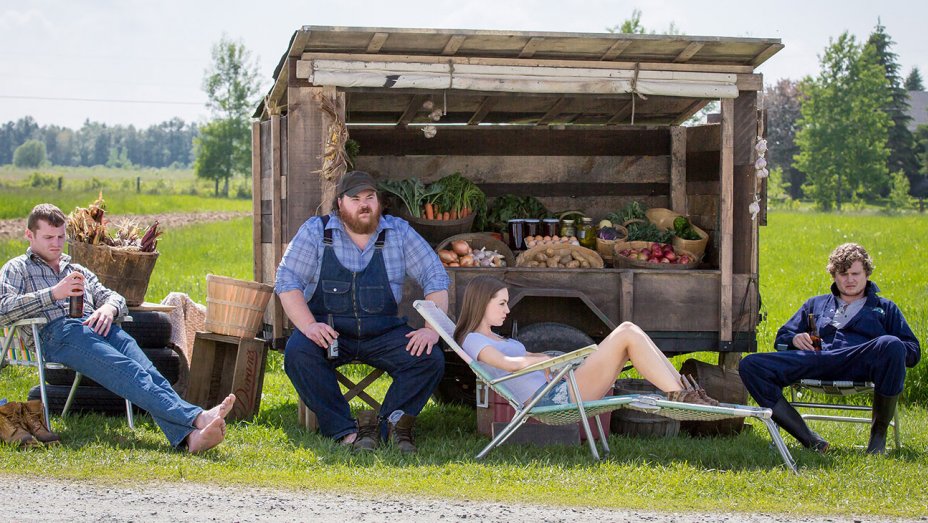 The Canadian show, ‘Letterkenny‘, is one of the best sitcoms of recent times. The show centers around siblings Wayne and Katy, who, with the help of some of their friends, run a small store in the eponymous rural town. We get to see the lives of the farmers, hockey players, native Indians, and also the local drug addicts. Wayne, the central character of the show, considers himself the toughest guy in the town and is always rather eager to defend his self-proclaimed title. All of the characters intermingle with each other, and it is their daily lives that become the subject of the series.

If you have enjoyed watching ‘Letterkenny’, here is the list of similar shows that you will also love. You can watch several of these shows like ‘Letterkenny’ on Netflix, Hulu or Amazon Prime. 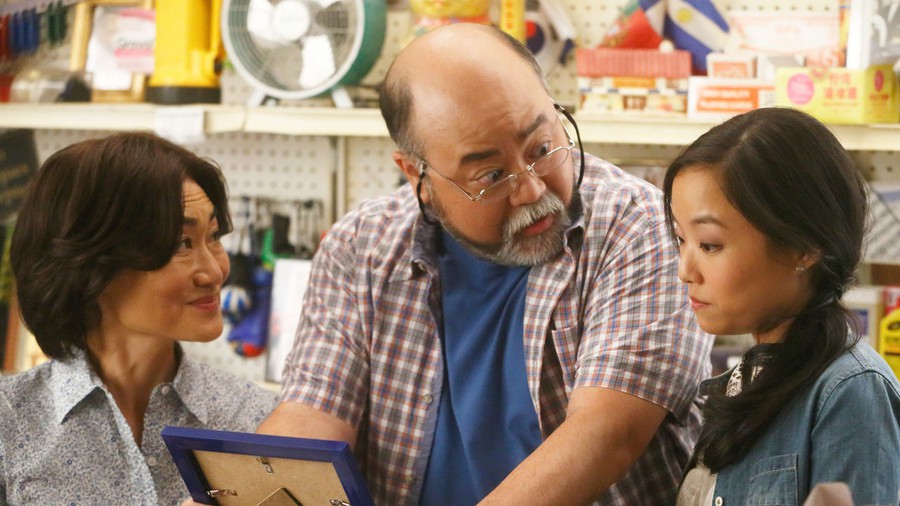 We begin this list with another Canadian sitcom. ‘Kim’s Convenience‘ centers around the exploits of a Korean-Canadian family living in Toronto and running a convenience store. The four major characters in question are the four members of the family- the parents Mr. and Mrs. Kim, and their children Janet and Jung. Jung has seen some rough times while growing up, even getting involved in some petty crimes and spending time in juvenile detention. Mr. Kim was not at all happy with it and had charged him out of the house. Though Jung shares a strained relationship with his father, we see how their relationship turns towards the better as the show progresses.

‘Kim’s Convenience‘ talks brilliantly about the immigrant experience in Korea. Through the interactions of the Kims amongst each other and with their customers, we get to know how Koreans have managed to fare in Canada over the years. 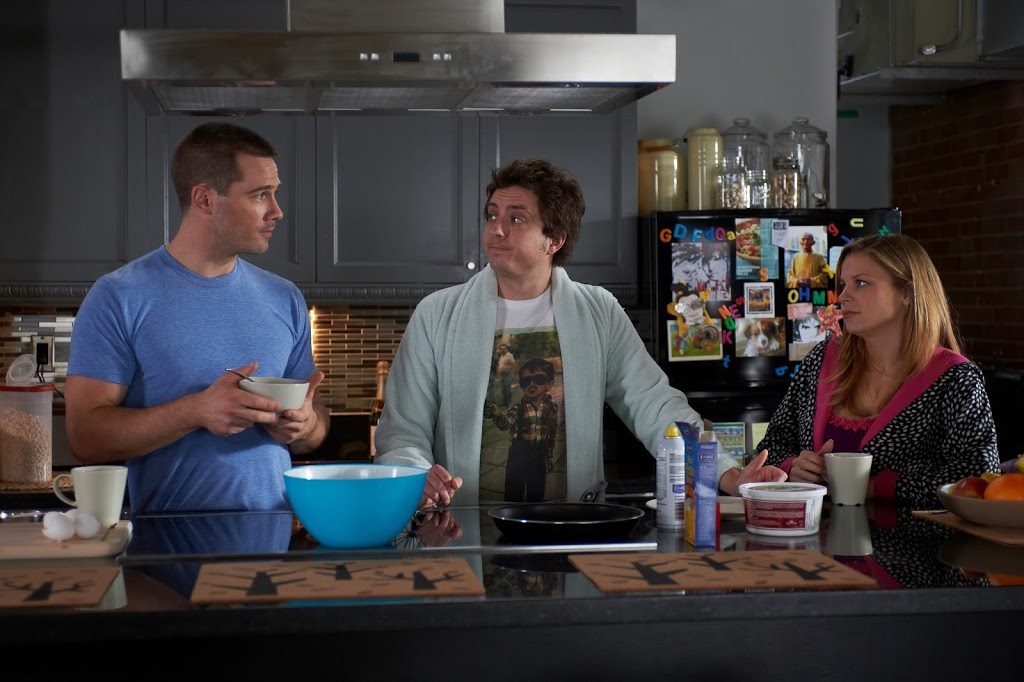 Life is the best source material for any work of art. If you want to create something meaningful and are looking for inspiration, always look at the life you have lived, and you are bound to come up with something unique. This is exactly the belief that went behind the creation of this CTV original series, ‘Satisfaction’. Series creator Tim McAuliffe had spent some time as the single flatmate of a couple, and it is his experiences of this period of time in his life which forms the core of the series.

The three central characters of ‘Satisfaction’ are Jason (Luke Macfarlane) and Maggie (Leah Renee), who are the couple, and Mark (Ryan Belleville), who is their single roommate. It is their daily life experiences that make up the major part of the show’s narrative. Along with them, there are other eccentric neighbors who make the series an extremely entertaining watch. Despite the interesting humor and characters of ‘Satisfaction’, the series ended up being canceled after the first season itself. 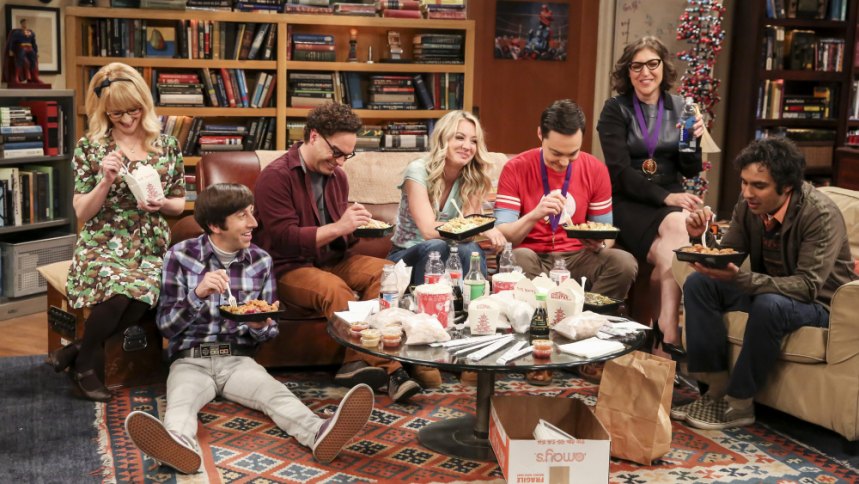 One of the most popular sitcoms of all time, ‘The Big Bang Theory‘ centers around the lives of seven characters living in Los Angeles. The three central characters of the show are Leonard, Sheldon, and Penny. Leonard and Sheldon are colleagues and roommates and Penny is their neighbor when the series begins. Eventually, this main cast increases with the addition of Howard and Raj to the mix. All these boys are scientists and bond over their love for their field of study, comic books, action figures, science fiction shows, and so on. Penny is the street-smart aspiring actress who initially looks like a fish out of water here. But eventually, she starts dating Leonard.

Two other characters, Bernadette and Amy, are later added to the cast as the love interests of Howard and Sheldon respectively, and then go on to be major characters themselves. The series’ best achievement is these amazing characters, each of whom has unique characteristics that become the source of the humor. The performances and writing in this series are truly incredible. TBBT is definitely one of the most popular sitcoms of all time. 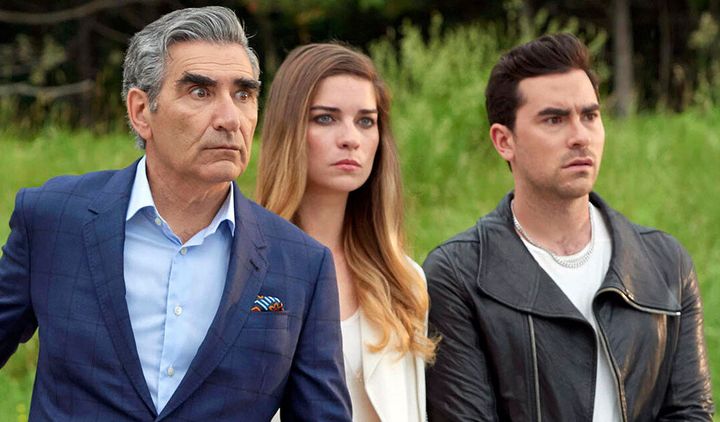 Another Canadian sitcom, ‘Schitt’s Creek‘ is a CBC Television original production that centers around the lives of the members of the Rose family. Once extremely rich, they have now got swindled by their own manager and now have nothing left except a small town. There are four members of the family- video store tycoon Johnny Rose, his former soap opera actress wife Moira, and the couple’s two children David and Alexis.

The town in question, Schitt’s Creek was bought by John as a present for one of his sons. After losing everything, the Roses shift to this town where they witness a major cultural shock as the people here are not at all like the people they are used to hanging out with. The series brilliantly brings out the differences between lifestyles, not only between the poor and the rich, but also between the urban and the rural people. There are many interesting local characters of the eponymous town whose presence itself adds many layers of social commentary to the series. 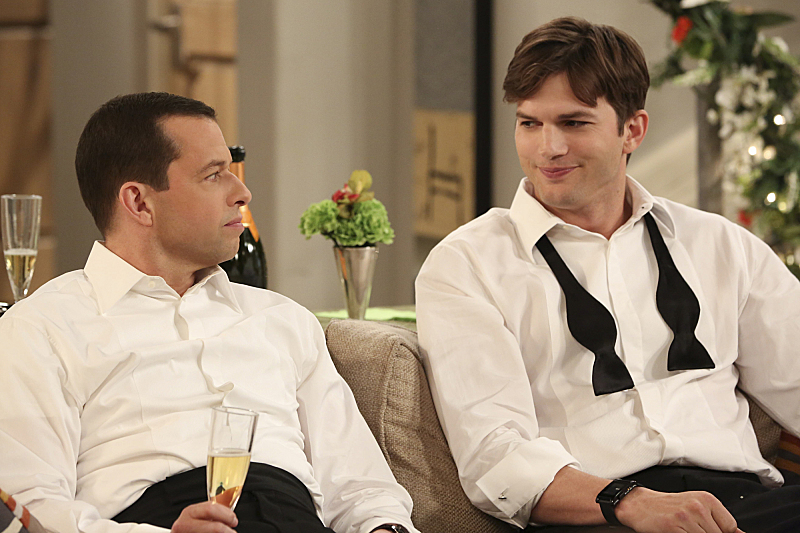 Another iconic sitcom, ‘Two And A Half Men’ ran for over a decade and shaped the comedic sense of an entire generation. The series starts with the lives of three characters- Charlie Harper, his brother Alan, and the latter’s son Jake. Played by Charlie Sheen, Charlie Harper is a famous jingle writer who has done quite well for himself in life. He lives in a Malibu beach house and lives a completely carefree and hedonistic lifestyle. Alan, on the other hand, finds it difficult to get his life together and live in his brother’s house along with his son after having lost his own house to his wife after his divorce. It is the relationship between these three characters which becomes the crux of the series.

From Season 8 onwards, Sheen’s character was written off and Ashton Kutcher as Walden Schmidt stepped in to fill his shoes. Later, Sheen was again written into the series. Though never critically acclaimed, ‘Two And A Half Men’ has been phenomenally popular among the audiences. Charlie Sheen’s brilliant performance, and the chemistry between the three leading characters is definitely the hallmark of the series. 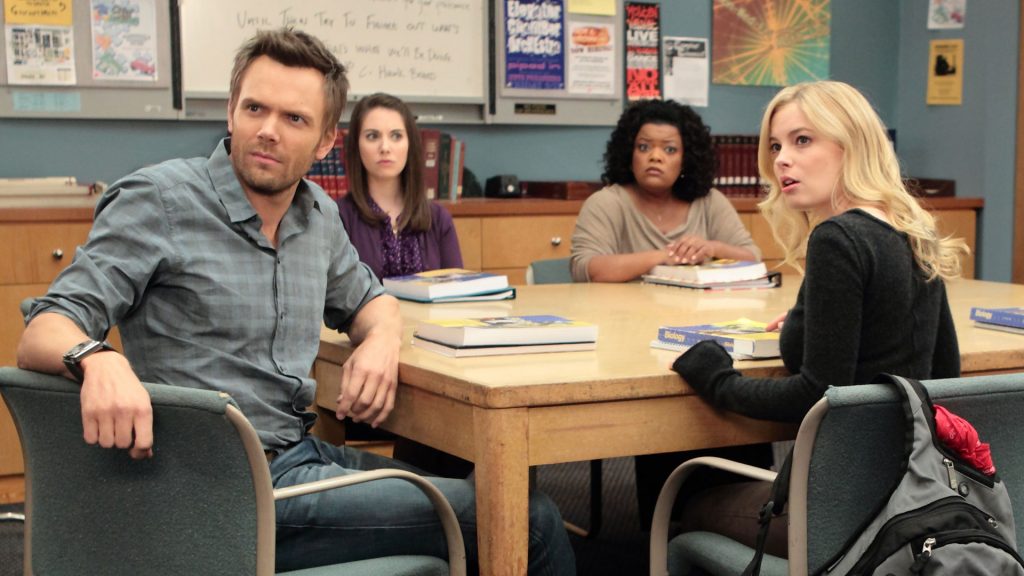 Created by Dan Harmon, ‘Community’ is a sitcom revolving around the character Jeff Winger who has found himself in a weird situation after having lied in his job interview by saying that he has a bachelor’s degree from the esteemed Columbia University. However, his lie is soon discovered and Jeff is asked to enroll himself into any college and get a bachelor’s degree as fast as possible. Thus, he enrolls himself at the Greendale Community College. Here, Jeff comes across several interesting characters, who are mainly the students of the institution. It is his interactions with these characters which becomes the main narrative of the series. The student culture in community colleges is brilliantly explored in this series. Besides the brilliant humor, ‘Community’ is also rather socially conscious in its approach to characters and situations. 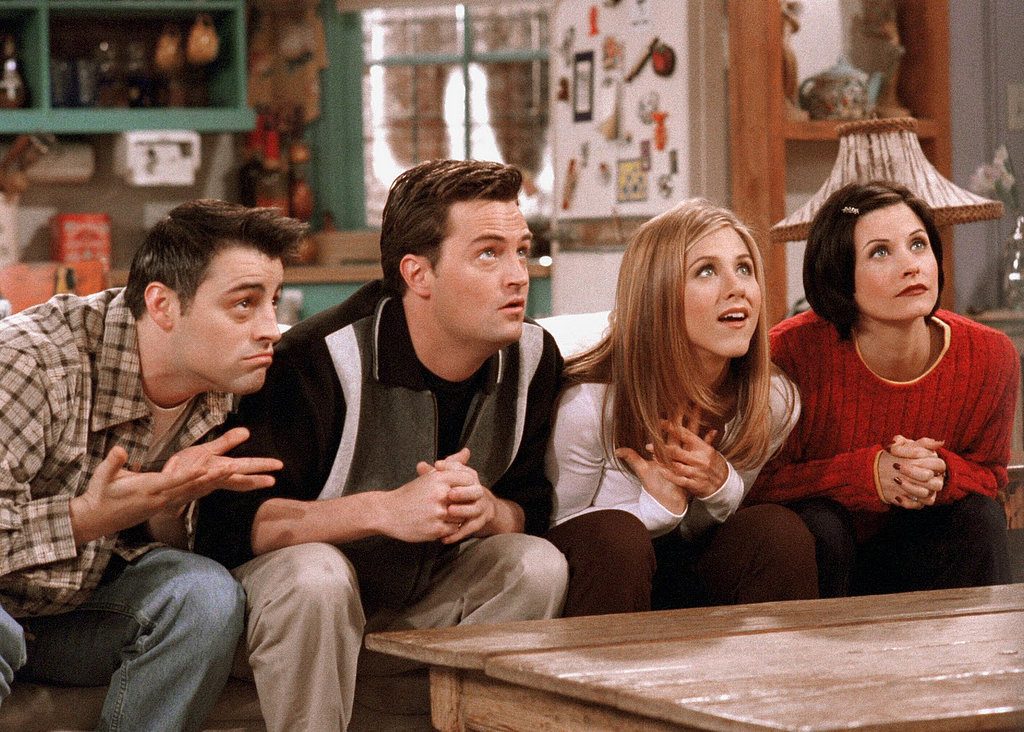 One of the most popular shows of all time, ‘Friends‘ has become a cultural phenomenon all around the world and its impact goes much beyond the limits of a common sitcom. The series revolves around six friends called Joey, Chandler, Monica, Ross, Rachel, and Phoebe. They live in New York and often meet at a coffee shop called Central Perk. Each of their lives is portrayed in great detail and nuance in the series. Yes, each character is of a certain type, but each of them has a rich backstory which becomes the blueprint of how the behave in the present time. the humor in ‘Friends’ is not only brilliant but also far ahead of its time.