What Happened to Aceso’s Daughter Athena in The Midnight Club? [Spoiler] 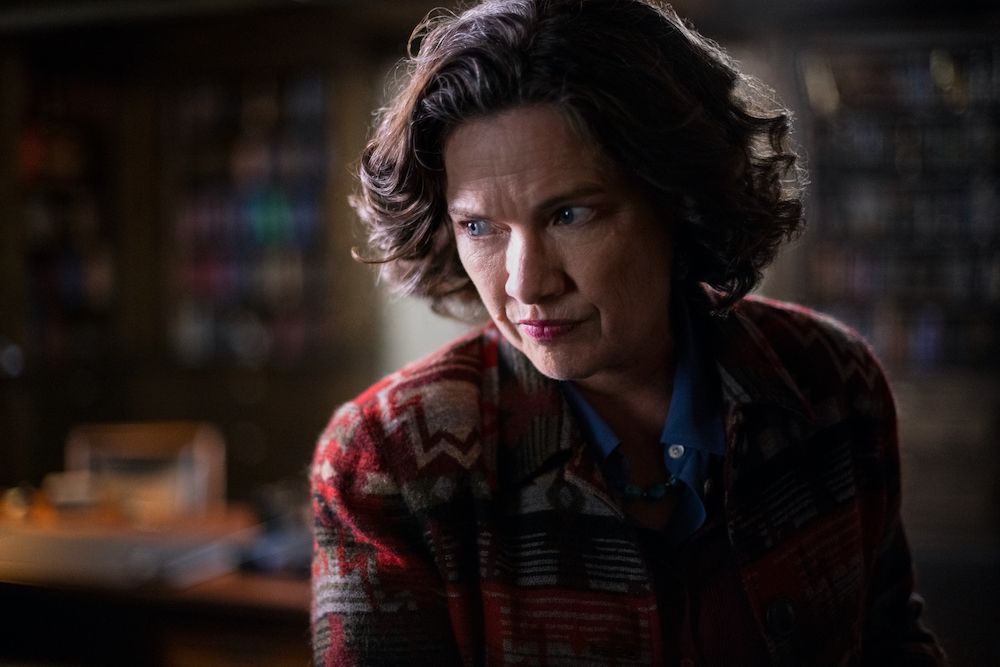 Netflix’s ‘The Midnight Club’ is set in a hospice that holds a lot of secrets. Ilonka arrives in Brightcliffe with the hopes of finding a cure for her illness. As she digs into the history of the place, strange and violent incidents from the past come to light. It turns out that Brightcliffe had once served as a home to a cult called the Paragon. Led by Regina Ballard, who called herself Aceso, the cult was focused on following the ancient Greek traditions and finding a way to keep themselves alive and healthy for a long time. The series eventually tells us what happened to Aceso, but it remains rather vague about her daughter’s fate. If you are wondering what happened to her and how she factors into the story of Ilonka and her friends, then here’s what you should know about it.

What Happened to Athena?

When Aceso first formed the Paragon, her aim was to create a place where she could foster health and healing. She had lost her husband and her son at a young age, and this loss pushed her to find something that would help her enhance her life span. Her obsession with the five Greek goddesses, one of whom she named herself after, led her to the rituals that promised what she was looking for.

To the outside world, Brightcliffe looked like just another place where spiritual methods were favored over conventional medicine. The lush forest in its property opened Aceso and her followers to the herbs and spring water that they used to make tea and other concoctions. On the surface, it was much like the hospice that Georgina Stanton owned much later. But its secrets were hidden in its basement.

Aceso’s fixation with the goddesses took a toll on her sanity and she soon moved on from offerings to ritual sacrifice. At first, the killings were restricted to animals, but soon, Aceso graduated to human sacrifice. Her daughter Athena, who was only sixteen at the time, could see the dangerous path that her mother was walking down. There were kids living with them and she knew that if they continued to be in the vicinity of her mother, they would soon lose their lives. So, one night, she snuck out of the children and called the cops to stop her mom. In the basement, they found Aceso with the dead bodies of other women, who had fallen prey to the same ritual that Shasta later tries with Ilonka.

With her mother gone, Athena took over a new identity and moved somewhere else. Eventually, however, she returned to Brightcliffe, this time as Georgina Stanton. The show divulges very little about Stanton’s past, and this is proof enough that she has some skeletons in her closet. The hourglass tattoo at the back of her neck, which is revealed at the end of the season, proves that she was a part of the Paragon. The fact that she came to Brightcliffe even after all that had happened there is probably because, despite her mother’s actions, she couldn’t let go of the feeling that the place was, in fact, special.

Apart from her tattoo, it also revealed that Stanton is bald and had been wearing a wig all this time. It is not yet confirmed, but there is a possibility that Stanton herself might be suffering from an illness. Perhaps, she came to Brightcliffe looking for the same thing that her mother did, and the fact that she has managed to stay alive all this time might prove what Shasta had been saying about her all along. Maybe Stanton does hold all the secrets to Brighcliffe and is keeping them close to her chest. The answer to whether or not she is dying and what she’s doing to keep herself alive is still unclear, but one thing’s for sure. Stanton’s childhood as Athena informed her decision to buy Brightcliffe and there’s a lot more at play here than she lets on.

Read More: Where is Netflix’s The Midnight Club Filmed?