Christina Whittaker: Found or Missing? Is She Dead or Alive? 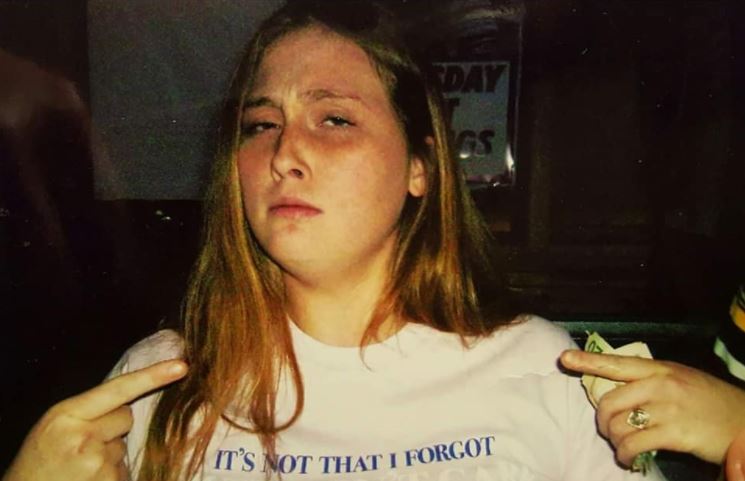 Following filmmaker Christina Fontana as she searches for the truth about what happened to Christina Whittaker, a young mother who vanished from the small town of Hannibal in Missouri, ‘Relentless’ is a Discovery+ original true-crime series. This cold case has puzzled the authorities for almost 12 years now, essentially because every time someone tries to review it, they only find conspiracies on betrayal, suicide, and murder. Thus, with this six-part show delving deep into the complex quest for a missing person, let’s find out more about Christina and the facts of the matter, shall we?

What Happened to Christina Whittaker?

At the age of 21, Christina Whittaker resided in the Oakwood neighborhood of Hannibal, Missouri, with her 6-month-old baby girl called Alexandria. In her mentally ill state, suffering from depression, anxiety, and fibromyalgia, along with bipolar disorder, she could act very child-like, according to her mother. However, Christina loved her family, so no one thought she’d ever leave any of them behind, at least not her daughter. With that said, as her psychiatric medication made her quite susceptive to manipulation, it’s also plausible that someone took sinful advantage of the young woman.

Yet, it’s actually still unclear what happened to her on November 13, 2009. That evening, Christina went out with a few friends to Rookie’s Sports Bar at 600 Broadway, then to Sportsman’s at 611, where she drank a lot. Since her resulting inebriated actions bothered other patrons, she was asked to leave, which she did 15 minutes before midnight. Christina had requested numerous people for a ride home, but she simply walked off, visibly upset, when none agreed. She hasn’t been seen or heard from since.

Is Christina Whittaker Dead or Alive? Has She Been Found?

Once Christina Whittaker was reported missing, and the investigations into her disappearance commenced, the only piece of reliable evidence police recovered was her cellphone. It was lying on the ground in the 200 block of Seventh Street, mere blocks from where she was last seen alive. As per reports, though, she’d planned to be home by midnight after stopping at a nearby restaurant to get her boyfriend, Travis Blackwell, something to eat. But alas, no other concrete trace of her has ever been discovered.

Tavis Blackwell seems to be crucial in the matter, though. Not only was he one of the last people Christina called, at about 10:30 p.m., but Travis also failed not one but two polygraph tests in early 2010, when he appeared on the ‘The Steve Wilkos Show.’ He’d gone on air to spread information about his girlfriend’s unexpected vanishing with Christina’s mother, Cindy Young, and other family members. But once the show’s polygraph expert asked if he had anything to do with the case and he replied no, they indicated that he seemed nervous.

Soon after the episode aired, Cindy came out in Travis’ support, revealing that he’d been at their home, taking care of Christina’s daughter the entire night of November 13. In fact, he was the one who notified Cindy that the young mother never returned home, and she waited until the next day, the 15th, to file a report. Moreover, Cindy explained that Christina’s then-boyfriend took a polygraph test after the show at the Hannibal Police Department and passed. She, along with the rest of their family, believes that he is innocent.

The other primary concern is Christina’s own habits and tendency to take her prescription medicines irregularly, despite having been on them since 18-years-old. It is also known that consuming liquor with bipolar pills can increase the risk of suicide and injury as it turns individuals into impulsive and naïve beings. Plus, even Cindy has admitted that Christina had made suicidal statements in the past. With that said, however, there have been proclaimed sightings of Christina in Illinois, with law enforcement officials being unable to identify/catch her positively.

Christina had been apprehended for driving with a revoked license shortly before she vanished, so because she missed her December court date for the same, there is currently a warrant out for her arrest. Even with all that, though, there has been no hint of her for over a decade. She is deemed to be in danger, and the lack of evidence means that officials have no choice but to examine every slight lead and tip that comes their way. They’ve not closed Christina’s case as of yet, and it seems like they don’t plan to do so until it is completely and unquestionably solved.

The Hannibal Police Department has questioned over 200 people, worked with about 45 different agencies, including the FBI, and crossed out leads from coast to coast. Christina or her remains have never been found, so it is a one-of-a-kind file within the HPD, especially with them still taking tips at (573)-221-0987 or online, right here. As per the Help Find Christina Whittaker Facebook page, there is a $10,000 reward for information that may lead to closure. Was it a disappearance, suicide, or murder? No one knows yet.