What Happened to Elliott Neese? Where Is He Now? 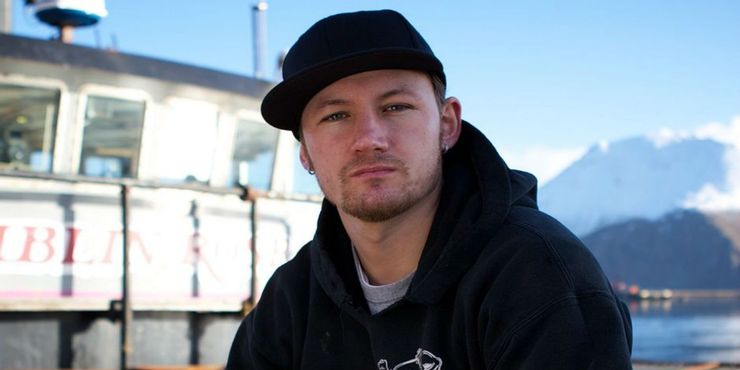 ‘Deadliest Catch‘ is a reality television series that chronicles the experiences of the captains of various fishing vessels and their crew members at the Bering Sea during the Alaskan King crab, snow crab, and bairdi crab fishing seasons. Many of the captains have become fan-favorites due to their courage and skills. But one particular captain has always grabbed the headlines, mostly for the wrong reasons – Elliott Neese.

Elliott Neese’s stint on the show stirred plenty of drama, and the crabber has developed a love-hate relationship with his peers and fans alike. Bering Sea’s resident bad boy hasn’t appeared on the show since season 11, and fans have been curious about his long-time absence. If you are wondering why Neese doesn’t appear on the series anymore and what he is doing these days, allow us to share everything we know.

What Happened to Elliott Neese?

Elliott Neese joined the show during its seventh season as the captain of FV Ramblin’ Rose. The young captain quickly made his mark on the show and went up against seasoned veterans, often feuding and butting heads with other captains. He eventually helmed FV Saga, one of the most popular and reputed fishing vessels on the show.

In season 10, Neese saved the lives of six crew members of FV Arctic Hunter without caring about his own safety, earning him some praise and respect from his peers. However, his rambunctious and temperamental attitude continued to paint him in a bad light and generated loads of drama for the series. Neese’s floundering actions and antagonistic nature earned him fan ire, and there was also a fan petition to have the star removed from the show.

In an interview with Boating, Neese spoke about being portrayed as a villain on the show. He said, “I tell it straight. I don’t appease the camera, and maybe that doesn’t always come off right. But remember, reality TV isn’t real. It’s entertainment, that’s it.” His former partner and mother of his children, Valerie Gunderson, accused him of harassment and violence in 2012. She also claimed he had a history of abuse. Neese hasn’t commented on the claims publically.

Later, he was also fined for catching undersized crabs during his time on the show. In season 11, Neese unceremoniously handed over the skipper duties to Jeff Folk, his first mate, before exiting the series. He later announced that he had taken the decision to leave so as to work on his drug addiction and had admitted himself into a two-month rehabilitation program. Ultimately it wasn’t Neese’s behavioral issues but personal struggles that lead to his departure from the hit reality series.

Where Is Elliott Neese Now?

After leaving the show, Neese continued to struggle with his addiction problem and reportedly relapsed after completing the initial rehab program. In 2017, the former FV Saga captain revealed through Instagram that he had completed 90 days of sobriety as of February 16 of that year. Since then, he hasn’t posted any updates about his sobriety. Neese generally likes to stay away from social media but posts updates about his life from time to time.

His social media accounts indicate that he is enjoying life away from the cameras and spending time with his children, friends, and rabbits. Neese still shares a friendly relationship with his former first mate Jeff Folk, and they often engage in friendly exchanges over Twitter. He might not be undertaking trips to the Bering Sea, but he certainly hasn’t given up fishing. Recently Neese shared a video from a fishing trip and confirmed that he had returned to crab fishing. Despite his arguments with fans over Twitter, Neese is one of the most popular faces fans hope returns to the show.

As for Neese, he feels the decision is out of his hands. In April 2017, while replying to a fan tweet asking about his return, Neese said that executive producer, Decker Watson, is the right person to answer the question. Watson responded to Neese and fans’ curiosity and revealed that an arrangement for Neese to return to the show for season 13 did not materialize despite his attempts. You can check out the full exchange below.

The indications are that the possibility of a return is a strong one, and Neese himself is open to it. However, it is going to take much more than the desire to maneuver a return for one of the most controversial cast members on the show. With some luck and the stars aligning themselves, Neese could eventually return to the series. Until then, fans can keep up with the tattooed fishermen’s fishing exploits on his social media accounts and enjoy the adventures of other captains in the Bering Sea on ‘Deadliest Catch’ season 17.

Read More: What Happened to Andy Hillstrand? Where Is He Now?