What Happened to Kathe Sackler? Where Is She Now? 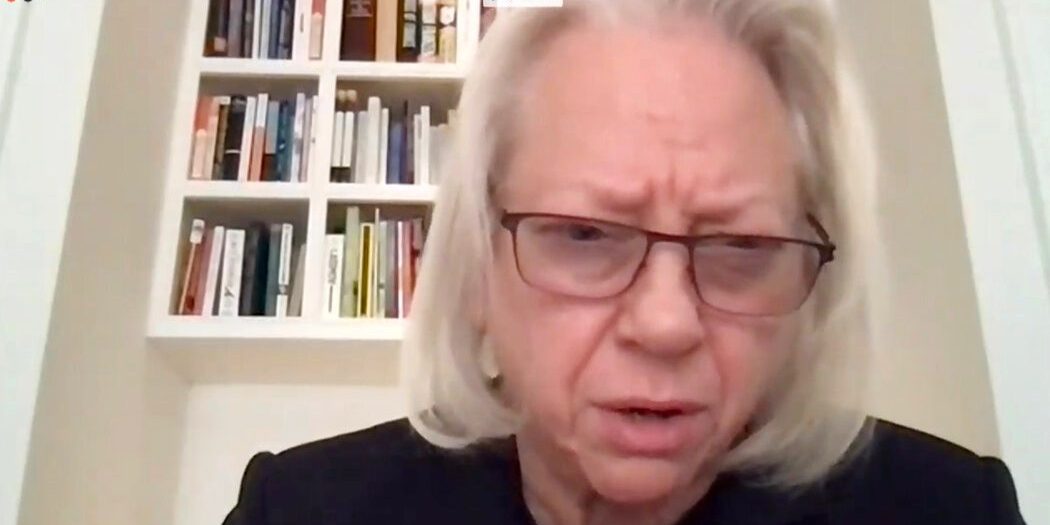 ‘Dopesick‘ revolves around various people whose lives were affected by the opioid crisis. The drama series created by Danny Strong is based on beth Macy’s book ‘Dopesick: Dealers, Doctors, and the Drug Company that Addicted America.’ It features a fictional retelling of the creation, marketing, and sales of Purdue Pharma’s drug, OxyContin. The Sackler family, who own a majority of the company, are key characters in the series, and one of them is Kathe Sackler.

However, as the series only covers the events until the 2007 lawsuit against the pharmaceutical company, we are sure viewers must be curious to find out what came to be of Kathe Sackler post the incidents depicted in the show. In that case, here’s everything you need to know!

What Happened to Kathe Sackler?

Actress Jaime Ray Newman plays a fictional version of Kathe Sackler in ‘Dopesick.’ In the series, she appears as a board member of Purdue Pharma. She plays an integral part in the company’s decision-making. Towards the end of the finale of the eight-episode series, a testimony of the real Kathe Sackler is also seen. In reality, Kathe is the daughter of Mortimer Sackler, the brother of Arthur and Raymond Sackler. Together, the trio owned Purdue Pharma.

Kathe had a stake in the company through her father and also served as Purdue’s Vice President and a member of the Board of Directors. She holds a medical degree from New York University School of Medicine but isn’t known to practice medicine. After a 2007 lawsuit against Purdue Pharma, Kathe came into the media spotlight like the rest of the Sackler family members.

Where Is Kathe Sackler Now?

Since 2007, numerous lawsuits have been filed against Purdue Pharma. Various states sued the Sackler family members who were an active part of Purdue’s board of directors, alleging them of deceptive marketing practices. Kathe’s association with Purdue made her one of the subjects of the lawsuits. By 2019, most of the Sacklers, including Kathe, had stepped down from the role of Purdue’s board members. The company had filed for Chapter 11 bankruptcy with the family negotiating to settle the lawsuits against them.

During a hearing of the bankruptcy case at a US Bankruptcy Court in August 2021, Kathe claimed that neither herself nor Purdue was solely responsible for the opioid crisis. “I don’t believe that I have legal responsibility, but I deeply feel distressed and recognize a moral responsibility that I do have and that we all have,” she said in her testimony. She also apologized to families who have lost loved ones to addiction.

In September 2021, the court approved Purdue’s bankruptcy restructuring, and Kathe (and the rest of the Sackler family) received legal immunity against future opioid-related civil lawsuits. Aside from her work with Purdue Pharma, Kathe is the founder of The Acorn Foundation for the Arts & Sciences and also served as its President. The former Purdue Vice-President is now 73-years-old and is married to Susan Shack Sackler.

Read More: Did Richard Sackler Go to Jail? Where is He Now?