Netflix’s ‘Bling Empire’ is a series that follows a group of wildly wealthy and fun-loving Asian and Asian Americans as they go all out with their parties, glamour, and drama in Los Angeles, California. And although all these aspects are crucial selling points of the reality series, the one thing that actually keeps us glued to our screens to binge-watch it is the relationships of the cast members – whether it be interpersonal, romantic, past, or present. So, of course, when Kelly Mi Li talked about her ex-husband, we got intrigued and did a little bit of digging to find out all that there was to know about him.

In May of 2015, the law enforcement officials of the United States announced that they were indicting Lin Miao, Yong Jason Lee, Michael Pearsse, Yongchao “Kevin” Liu, Michael Pajaczkowski “Paj,” and Christopher Goff for participating in a multi-million dollar scam that charged cell phone user on a monthly basis for unsolicited, recurring text messages about trivial topics – without the customers’ knowledge or consent. This unethical practice is what they referred to as “auto-subscribing.”

Later on, Darcy Wedd (a former mobile phone industry CEO), Fraser Thompson, Eugeni Tsvetnenko, and Francis Assifuah were found to be responsible as well. According to the Superseding Indictment filed in Manhattan federal court, Darcy Wedd was the chief operating officer, and eventually the chief executive officer, of Mobile Messenger, which was a mobile aggregator between 2011 and 2013, teaming up with content providers to ultimately net over $150 million in illegal profits.

In fact, Darcy engaged in auto-subscribing through three different content providers: Tatto, operated by co-conspirator Lin Miao, along with CF Enterprises and DigiMobi, which were once managed by Eugeni Tsvetnenko, also known as “Zhenya.” And as per official records, Lin Miao was the one who started the whole thing in or around 2010.

This illegal auto-subscription scheme affected hundreds of thousands of consumers and generated over $150 million in proceeds, which all the co-conspirators distributed amongst themselves to fund a lavish lifestyle of expensive vacations, luxury cars, multi-million dollar homes, and gambling. Moreover, Darcy Wedd himself personally received over $1.7 million in fraud proceeds as a result of his participation in the crime.

In the end, Lin Miao, Andrew Bachman, Michael Pajaczkowski, Erdolo Eromo, Jonathan Murad, Francis Assifuah, Jason Lee, and Christopher Goff all pleaded guilty in connection with their participation in the scam. But both Fraser Thompson and Darcy Wedd stood trials, getting sentenced to five and ten years behind bars, respectively. All those who took a deal received comparatively smaller prison sentences with two years of supervised release. 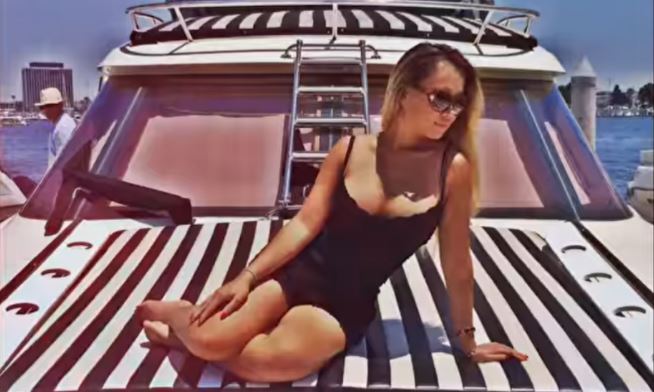 Therefore, even if Kim Mi Li’s husband is now back in civil Manhattan, New York, with his freedom, he would be under supervised release, meaning that he won’t be able to make use of his work and position to personally benefit himself anytime soon. Plus, because Kelly has moved on in every sense of the way, personally as well as professionally, there is no reason for her to worry about anything in connection to the matter – she can just be herself and live life on her own terms.

Read More: Are Kelly and Andrew Still Together?