What Happened to Tembi Locke’s Mother-in-Law in Real Life? 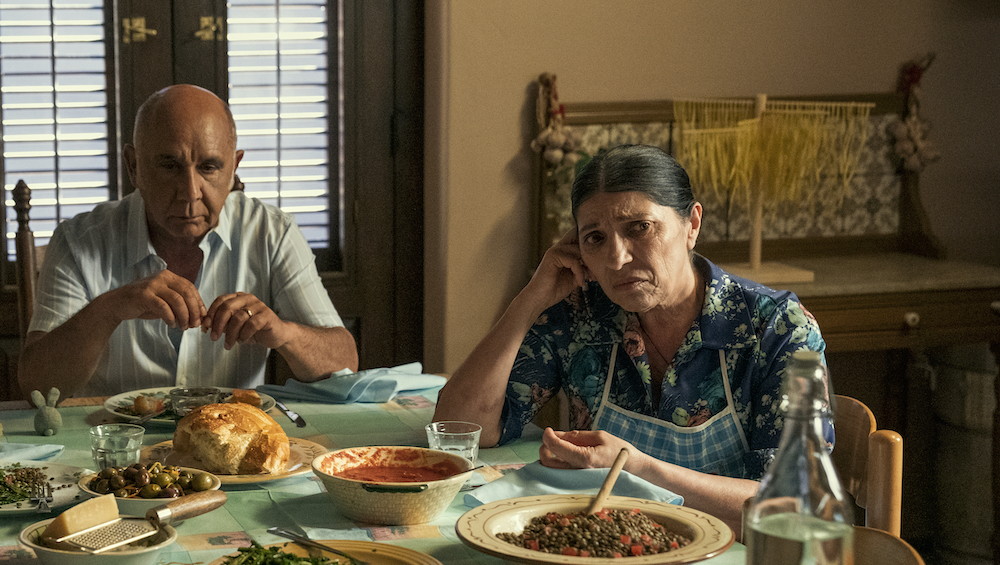 Netflix’s ‘From Scratch’ is the love story of Amy and Lino, who have to face many struggles in their life. There is love and loss in their tragic romance, but it is also a story about families. Amy and Lino come from different cultural backgrounds and have to learn to live with each other’s families, accepting their flaws just as much as their affection. It is particularly difficult for Amy to bond with her in-laws because they don’t approve of their relationship.

However, as time passes and life throws difficult challenges in their path, the distance between the family members decreases. During the course of the series, we see a camaraderie develop between Amy and her mother-in-law, Filomena. Since the story is based on true events, you must be wondering what happened to Filomena Ortolano. How was Tembi Locke’s relationship with her mother-in-law in real life, and what happened to her? Let’s find out.

How Did Tembi Locke’s Mother-in-Law Die?

Tembi Locke’s mother-in-law, Croce Ortolano, whom her family lovingly referred to as Nonna, died in 2020 at the age of 86 in her home in Aliminusa, Sicily. Her health had been declining for a few months, and her daughter had been around to take care of her, along with the members of their community. Locke revealed that she and her daughter, Zoela, had talked with Nonna on the morning of her last day and got to say their goodbyes to her.

While they had not been on very good terms when Tembi and Saro got married, things eased between them in the later years. After Saro’s death, Tembi and Zoela visited his hometown in Sicily, and Tembi confessed that going there helped with her grieving and healing process. “The healing for me began to happen, in large part, at my mother-in-law’s table in Sicily. She carefully put us back together again the only way she knew how,” the writer-actress said.

Much like Saro, his mother harbored a love for food, one that she’d passed on to her son. It was also her way of showing her love and care. So, when Tembi and Zoela arrived in Sicily, she used food to bond with them. In her book, Tembi writes: “Her food spoke of malleability and resourcefulness in loss, in love, and in life.” Nonna and Tembi set aside whatever differences they might have had and became very close to each other. Eventually, she and Zoela decided to return to Sicily every summer.

Describing how Nonna’s little actions impacted Tembi and showed just how much she loved her and Zoela, the author of ‘For Scratch’ talked about an incident that made her love her mother-in-law even more. In her previous visit to Sicily with Saro, she’d seen Nonna express her love for her son by stuffing small bags of lentils in his tube socks. “The memory lingers large in my imagination because it was perhaps the first time I knew I had married more than a Sicilian chef,” Tembi wrote.

The author continued, I had married into a family of people for whom food was the essential love language and for whom tube socks held many possibilities. That day I watched her stealth determination to stow away lentils for travel without an understanding of the greater meaning for her, her son, or for Sicily itself.” Years later, Nonna did the same when Tembi and Zoela were leaving Sicily.

Talking about it, Tembi added, “Back to packing lentils for our journey ahead, my mother-in-law did the only thing she could think to do when faced with that kind of grief.” Over the years, they bonded over food and shared a lot of recipes with each other, some of which find a place in Tembi’s memoir. It was also while sitting across the table from her mother-in-law that Tembi had the idea to write about their complicated relationship and the journey that brought them together.

“I was seated in Sicily with Zoela and across from us was Nonna. We were at the dinner table at the end of what had been like the perfect summer day. And I had a thought: How did we get here, especially given where we started AND given that the only person connecting us is gone? That question felt like the makings of a book,” Tembi said, fondly remembering her mother-in-law, whom she considered one of the pillars of her life.