What Happened with Clayton During Spring Break? Was He Arrested in Real Life? 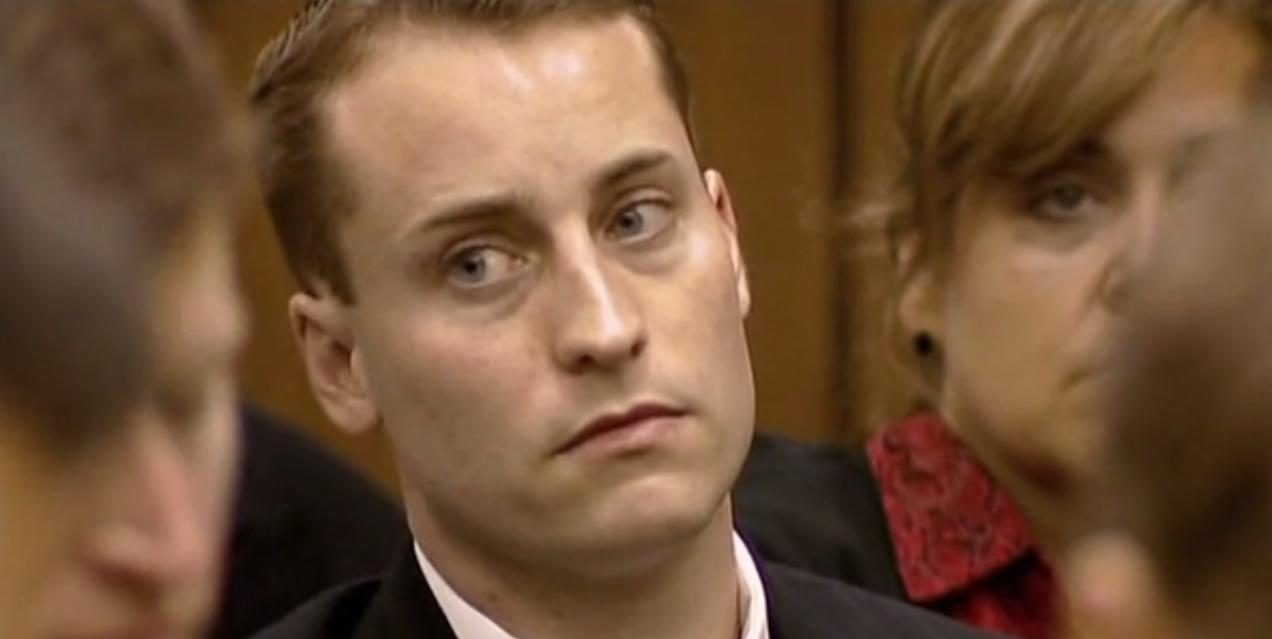 Along with a detailed depiction of Michael Peterson’s trial and life, HBO Max’s crime series ‘The Staircase’ also offers an intriguing look at the lives of Michael’s family, which includes his two sons and two adoptive daughters. Like his brother Todd, Michael’s son Clayton Peterson tries his best to be with his father while the latter goes through the trial proceedings.

Clayton’s presence in the Peterson household is accompanied by vague references to a certain “spring break,” which succeeds in making the viewers wonder about the same. So, what really happened with Clayton during the particular spring break? Was he arrested? Let’s find out!

What Happened with Clayton During Spring Break? Was He Arrested in Real Life?

The repeated mentions of “spring break” are about a specific incident that happened in Clayton’s life while he was a 19-year-old freshman at Duke University, located in Durham, North Carolina. In 1994, Clayton planted a homemade pipe bomb in the Allen Building, Duke University’s main administration building. The bomb didn’t explode or cause any casualties. As per reports, Clayton didn’t plant the bomb for it to explode but to use it as a diversion for him to steal photo identification equipment to make a fake ID required for a Myrtle Beach trip.

The planting of the bomb in the building paved the way for a search conducted in Clayton’s house by the Bureau of Alcohol, Tobacco, Firearms and Explosives. They found six assembled explosive devices hidden in the attic of the house, which further complicated the predicament for Clayton. He was charged with trying to firebomb the building and eventually sentenced to four-year imprisonment in a federal penitentiary. His imprisonment is referred to as “away on spring break” in the show.

Clayton’s imprisonment was a tough affair for his father Michael. “I think that was the most painful thing that happened to me. This is not how I planned to spend my 50s – going to visit my son in the pen,” Michael said about the incident in 1996. “I’ll never get over that. They hammered him… He did something wrong. There’s no question. He should have been punished. But it was pretty excessive… My feelings for Duke have changed,” he added.

David Rudolf, Michael’s lawyer during Kathleen’s murder investigation and subsequent trial, was initially considered by the Petersons to appear for Clayton. “Actually, Michael had called me, and I met with Michael and Todd — and I think Kathleen. I think all three of them. And then Michael ended up not hiring me,” the lawyer told The Charlotte Observer. “I think that’s what the allusion was to [when they said] ‘spring break’ [in ‘The Staircase’] — instead of saying, you know, ‘federal prison,’” he added regarding the references in the show.

Clayton’s fascination with explosives increased when he lived in Germany, where he had easy access to explosive materials, during his teenage years. His actions can be considered the result of such a fascination. However, he succeeded in moving past the predicament later in his life. After serving four years in a federal penitentiary, he enrolled at North Carolina State University to continue his education. He was an honors student and the valedictorian of his class.

Read More: The Staircase: Where Are They Now?