Where Are Michael Peterson’s Kids Now? 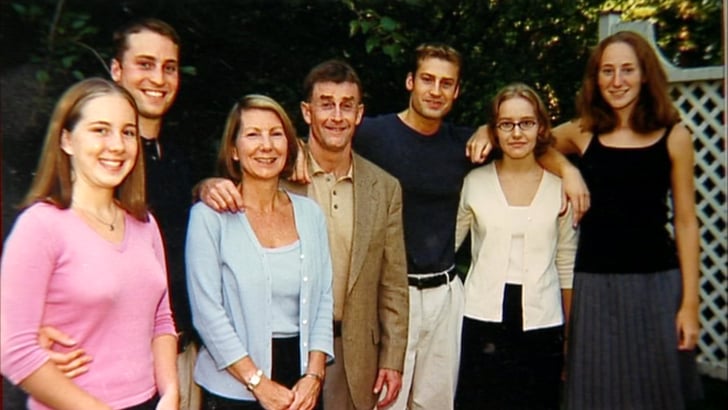 When Kathleen Peterson was found dead at the bottom of her Durham home stairs in the early hours of December 9, 2001, everything changed for the brood she shared with her then-husband. After all, as examined in ‘The Staircase,’ they were thrust into the limelight not just because of her brutal demise but also because the family’s patriarch immediately became the prime suspect. So now, if you wish to learn more about the individuals Michael Peterson once candidly referred to as his rocks throughout the legal proceedings, that is, his children, we’ve got the details for you.

Who Are Michael Peterson’s Kids?

Whether it be his biological sons, his adopted daughters, or his step-daughter, Michael Peterson’s sprawling yet tight-knit blended family was the one aspect he was always immensely proud of. It ostensibly did not matter to Michael that only two of these five were his own because they were all kind, innocent beings he wished to provide for to the best of his abilities. Clayton “Clay” Peterson is his eldest, followed by Todd Peterson — both from Michael’s first marriage with Patricia Sue Peterson, which once made their domestic quartet an undeniably happy one.

Michael and Patty, along with their young boys, reportedly resided in Germany for quite a while around the 1980s, where they befriended their closeby neighbors, George and Elizabeth Ratliff. Therefore, after they both sadly passed away mere years apart, Michael and Patty chose to take in their two toddler daughters, Margaret Ratliff and Martha Ratliff, just to raise them as their own. Even their 1987 divorce did not shift their internal standing, especially as the girls relocated with Michael to Durham, North Carolina, where Clay and Todd later joined them for good.

It was in this vibrant city that Michael married Kathleen following years of live-in in 1997, leading to the official, joyous welcome of Kathleen’s biological daughter Caitlin Atwater (with Fred Atwater) into the clan as well. However, it’s imperative to mention that while Caitlin initially vehemently supported her step-father in her mother’s tragic demise, she quickly switched allegiance, unlike any other sibling. That’s to say, Clayton, Todd, Margaret, and Martha stood right beside Michael at every step of the way, going as far as to give public interviews in his defense as well as help in his trial preparation.

Where Are Michael Peterson’s Kids Now?

Despite Clayton’s troubled past, including a 4-year stint in federal prison for planting a bomb in a campus office as a 19-year-old freshman at Duke University, he has managed to build a good life for himself. Not only did he graduate as an honors student as well as a valedictorian from North Carolina State University upon his release, but he has also found his calling as a professional engineer. From what we can tell, Clayton has since settled down in Baltimore, Maryland, where he holds a stable job, has a happy family, and does his best to stay away from the public eye.

Coming to Todd, it appears as if he currently leads a quiet life in North Carolina, preferring simply to keep away from the limelight in an attempt to have relatively ordinary experiences. On the other hand, it is believed that Margaret has found a base in Los Angeles, California, where she primarily works behind the scenes in the television and movie industry.

As for Martha, who admitted on Netflix’s ‘The Staircase’ that she lives with anxiety, the now Colorado resident is seemingly staying away from the spotlight these days for the sake of her mental health. We should mention that while many details concerning their personal lives are not publicly available at the moment, the one thing we do know is the siblings have maintained a tight relationship with not just their father but also one another — with the exception of Caitlin.