What Happens to Luka? Does He Die at the End of Jack Ryan Season 3?

Prime Video’s ‘Tom Clancy’s Jack Ryan’ gives a contemporary twist to the character who first appeared in Clancy’s 1984 novel. In the third season, the show takes Jack to the conflict brewing in Eastern Europe with the threat of a nuclear weapon looming on the horizon. It looks like Russia is ready to destabilize the situation in its neighboring countries and kickstart a plan that will get it back to its Soviet Union days. Soon, more secrets about this plan come to light, and Jack realizes that he needs some help from the other side if he is to stop the entire thing. This is where Luka comes in. If you are wondering how things look for the Russian Intelligence officer in the end, then here’s what you should know about him. SPOILERS AHEAD!

The nature of Luka’s job in ‘Jack Ryan’ Season 3 puts him in a very peculiar situation. We find both him and Jack going against orders, acting on their instincts to do what’s right. And yet, in the end, they receive marginally different treatment from each other. On one hand, Jack is cleared of all charges and even receives a medal for his bravery in the mission. On the other hand, we find Luka being escorted by the secret services in the middle of the night, which never spells good news. Does this mean that he is going to be killed or imprisoned? The answer is not so simple.

At the beginning of the season, the situation in Russia had been a dire one. Luka’s job was to keep an eye on everything and that’s what he did rather impeccably. He found out about the resurrection of the Sokol project and did everything that he could to find out who was behind it and what their real intention was. In doing so, he had to maintain his cover, never revealing his true intentions to anyone. He knew that he couldn’t trust anyone inside the Russian government until he knew exactly who the perpetrators were. Still, he couldn’t carry out the entire mission by himself.

Luka needed someone he could trust to do the right thing, someone who would recognize the whole situation for the emergency that it was and act immediately. If he told someone in Russia about the Sokol project, then they would not see it for the danger that it was. They would see it as an opportunity and would do exactly what Luka was trying to stop. However, if Americans got the wind of the project, then they would do everything in their power to stop it, and that’s why Luka reaches out to Jack Ryan.

In peeling off the layers of the Sokol project, Luka discovers the involvement of Alexei Petrov in it. Still, he knows that the new defense minister is not as bright to orchestrate this entire plan so efficiently. He knows that there is someone else pulling the strings. To discover his identity, Luka joins Alexei’s side and makes it look like he, too, wants the Sokol project to go forward and create chaos in the world.

By the end, both the Sokol project and the coup, called Crossbow, are foiled. The viewers know that it couldn’t have happened without Luka, but when the whole thing settles down, the Russian government might not look at things from the same perspective. After killing Alexei, President Surikov makes it clear that he is going to make all the traitors pay for siding with his enemies. One week later, the traitors are still being sought out. Because Luka had been a key player in the whole thing, he has a lot to explain to the President. 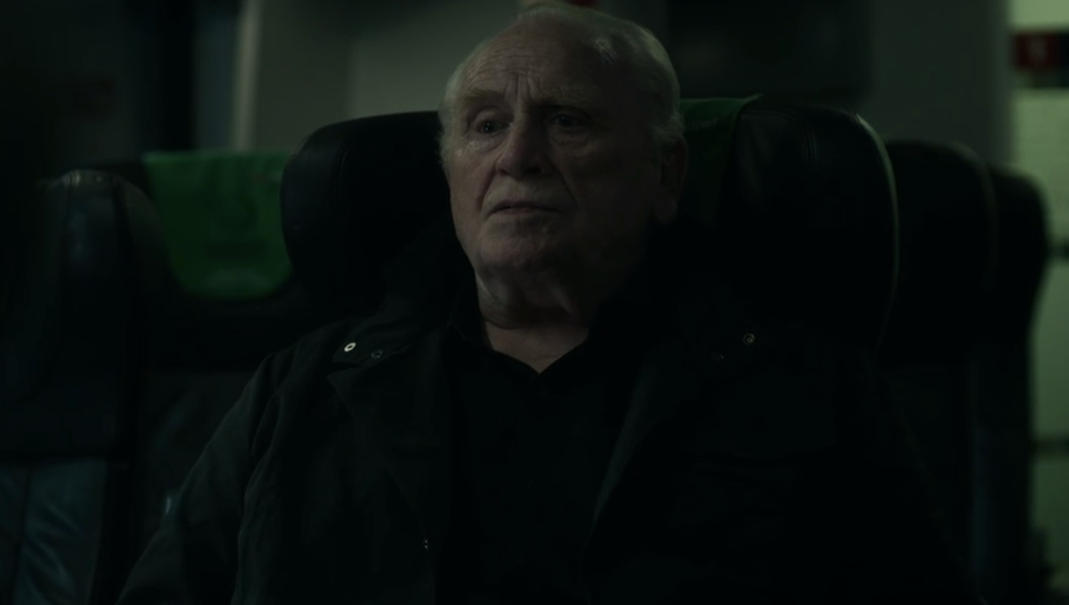 The final scene has Luka being taken away, which means that his time has come to report to the intelligence services and reveal all that happened in the recent past. It is confirmed that he is being brought in for questioning. The fact that he is called in at night proves that the government has doubts about him. They didn’t want him to run away, which is why they caught him at an odd hour by surprise. Luka, however, has years of experience behind him and he knew that such kind of thing would happen. He was ready for it, and that reflects in the way he handles the situation.

From here, things can go two ways for Luka. Either he succeeds in explaining himself and is pardoned for whatever transgressions he committed while trying to uncover the conspiracy, or he is put into the same category as the traitors and imprisoned for it. Again, for someone as resourceful and experienced as Luka, chances are that he will find a way out of the situation, no matter how dangerous it might seem.

However, there is still the question of him working with the CIA behind the back of the Russian government. They might forgive his other trespasses, but they may find it difficult to digest the fact that Luka chose to trust the CIA more than his own people. Considering all this, the situation looks rather bleak for the old man, but we hope that he finds a way out of it and gets to retire in peace.

Read More: What is Crossbow in Jack Ryan Season 3, Explained