What Is a White Hart in House of the Dragon? How Is It Related to Game of Thrones? 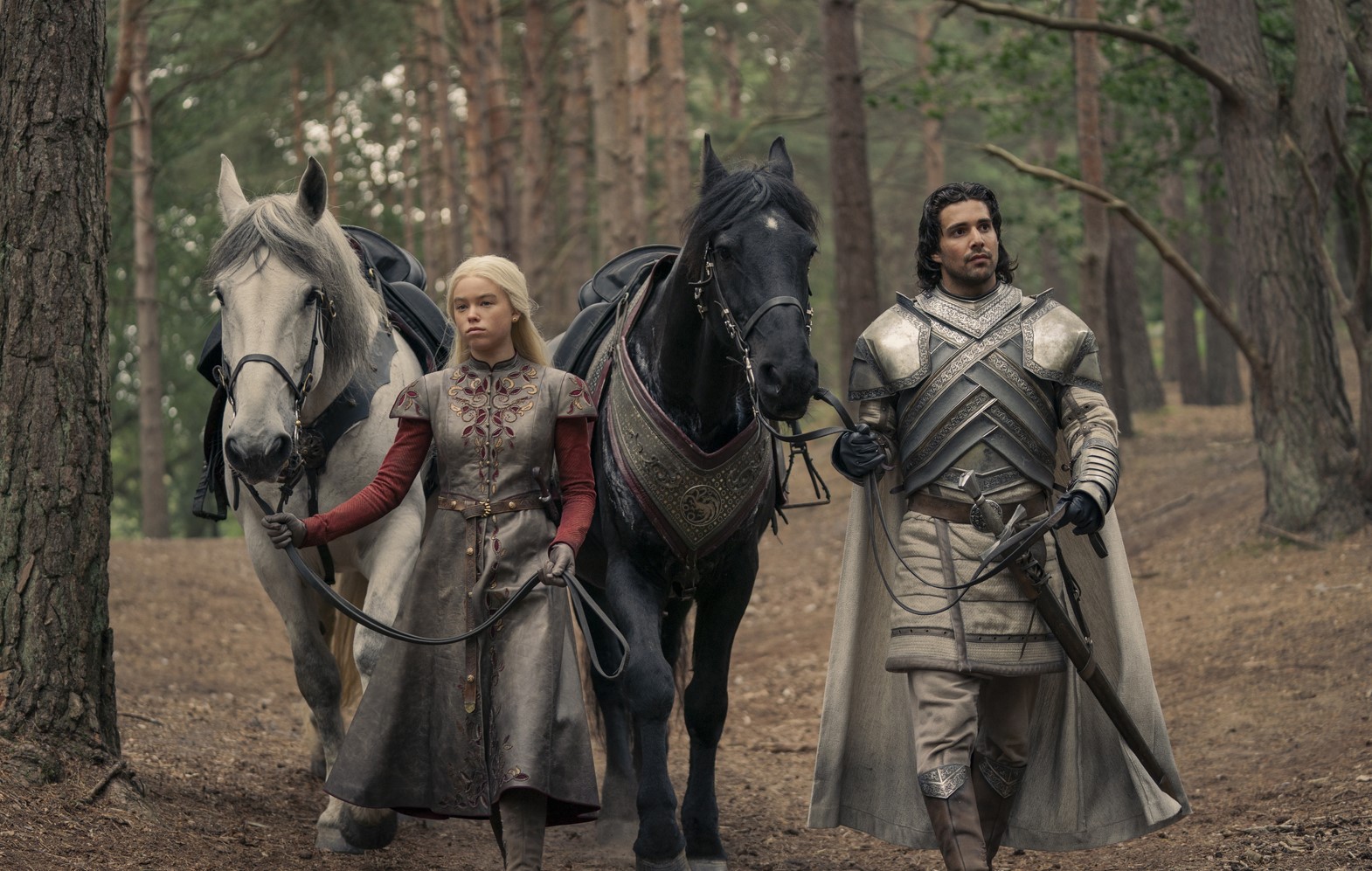 In ‘House of the Dragon’ season 1 episode 3, titled ‘Second of His Name,’ Viserys 1 Targaryen (Paddy Considine) goes hunting in the Kingswood along with the rest of his court and learns about the presence of a White Hart in the forest. If you are wondering about what it is and whether it is ever mentioned in ‘Game of Thrones,’ we got you covered. SPOILERS FOR BOTH THE BOOKS AND SHOWS AHEAD.

What Is a White Hart?

Hart is an archaic English word for male deer. So, a White Hart literally means a fully matured white stag. In ‘House of the Dragon,’ White Harts were considered the symbol of royalty long before the dragons arrived in Westeros. They are believed to be magical. The hunting party accompanying Viserys catches a fully matured deer for the king to kill, who uses a spear given to him by Jason Lannister to slaughter the animal, though that one is not necessarily white. Later in the episode, Rhaenyra Targaryen (Milly Alcock) and Ser Criston Cole (Fabien Frankel) come across the actual White Hart. Ser Criston reaches for his sword, but the princess stops him. Soon, the deer turns and runs away.

This entire episode is filled to the brim with symbolism. When Viserys kills the deer in the second attempt, an uneasy silence looms over the crowd gathered for the hunt. The non-white appearance of the deer is perhaps a reference to the legitimacy of Viserys’ reign, harking back to the Great Council. This is not to say that the selection of Viserys was illegitimate, but most lords of the Seven Kingdoms voted for him simply because he was a man. In contrast, Rhaenyra is Viserys’ lawful heir, so she has an encounter with a real White Hart. Ser Criston’s presence during this encounter is also quite fascinating. In the books, he becomes known as the Kingmaker in the years to come after convincing Aegon II, the son of Viserys and Alicent Hightower, to usurp Rhaenyra and take the throne.

How Is White Hart Related to Game of Thrones?

In ‘A Game of Thrones,’ the first book of ‘A Song of Ice and Fire series,’ the White Hart of Kingswood is mentioned a couple of times. In the third Sansa chapter, the point-of-view character apparently has a dream where Joffrey kills a White Hart. After that, in the 11th Eddard chapter, Petyr Baelish informs Ned that the king’s party has encountered a white hart, but it was already killed and eaten by wolves. This prompts King Robert I Baratheon ( Mark Addy) to go after a wild boar, which eventually leads to his death. In ‘House of the Dragon,’ Rhaenyra also encounters a boar, but she survives, having killed the animal with Ser Criston’s help.

Robert’s death in ‘Game of Thrones’ plays out in the same way it is depicted in the books. So, evidently, episode 3 makes clear reference to the original series connecting one hunting expedition to the Kingswood to another 200 years apart. Moreover, the sigil of the house Baratheon is a crowned stag on a field of gold. As Cersei Lannister confesses later, she orchestrates the death of her husband, Robert. Given that Viserys kills his stag with a spear gifted by a Lannister, this probably isn’t coincidental.

Read More: Is the Crabfeeder Dead in House of the Dragon?