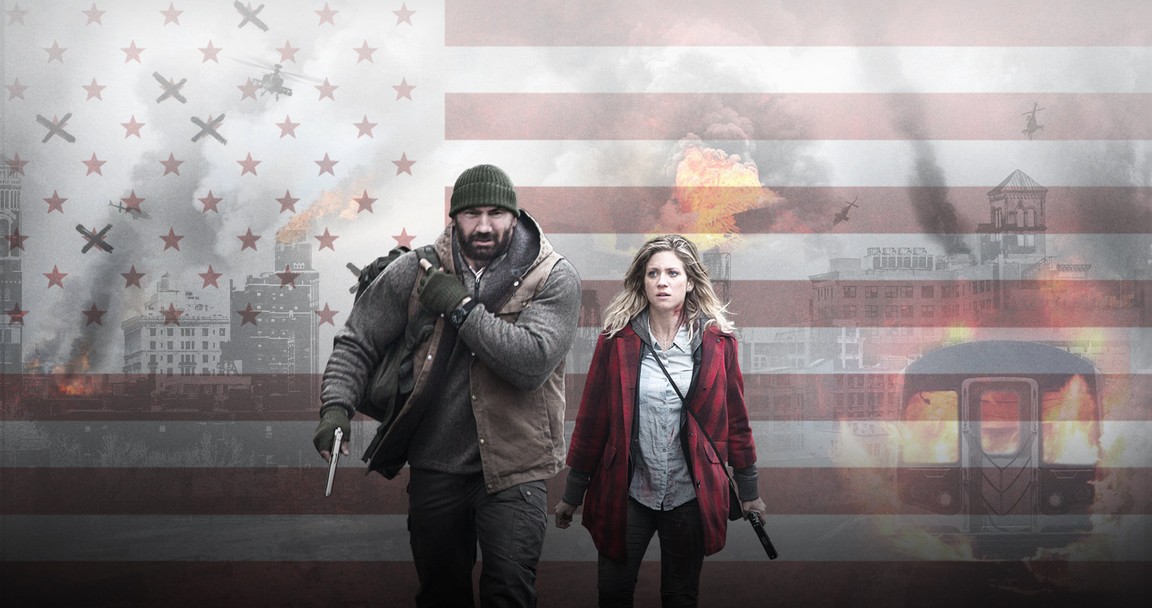 Directed by filmmaking duo Jonathan Milott and Cary Murnion (‘Cooties’), ‘Bushwick’ is a commentary on race and class in today’s America in the guise of an engaging action thriller. Set in the eponymous working-class, multi-cultural Brooklyn neighborhood, the film revolves around Stupe (Dave Bautista), a former medic in the US Marines and now a janitor.

Alongside Stupe, it also chronicles the life of Lucy (Brittany Snow), a civil engineering student. When Stupe and Lucy figure out that their neighborhood has been invaded by a mysterious army, they decide to work together, so both of them can get to safety. Despite its ambitious plot, the film is ultimately an indie feature. It premiered at the 2017 Sundance Film Festival. SPOILERS AHEAD! 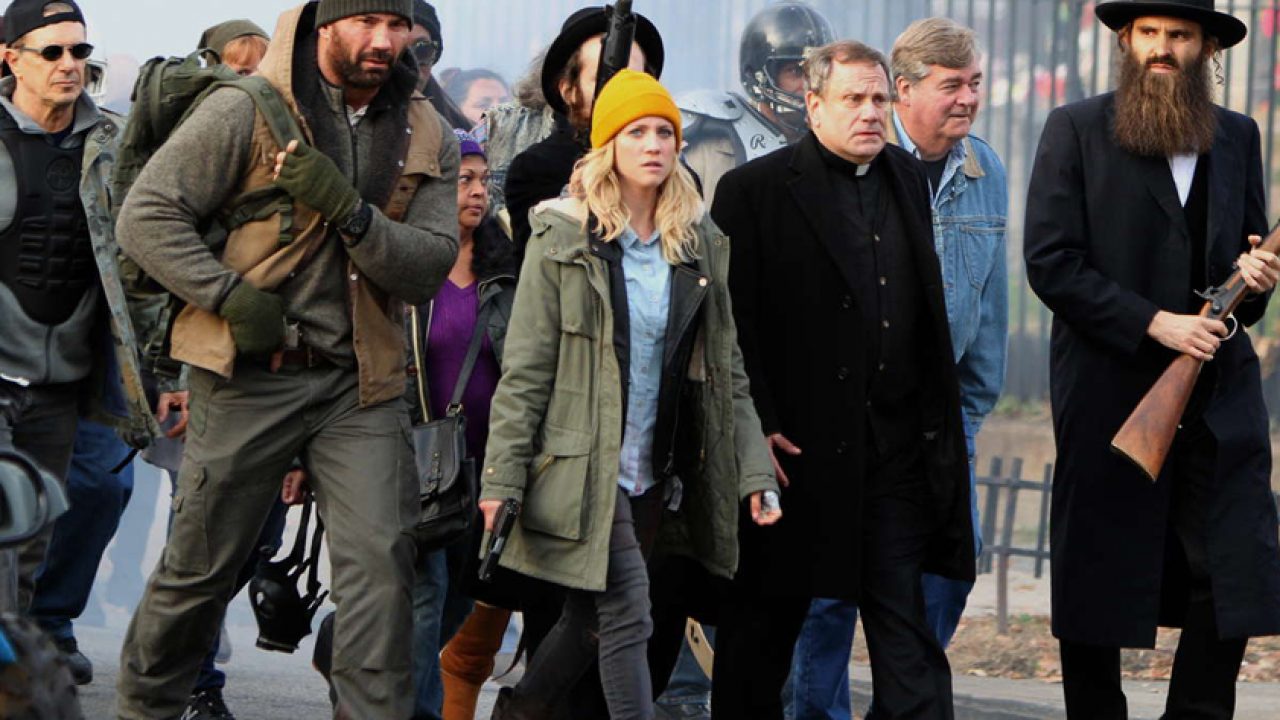 The film opens with Lucy taking her boyfriend Jose (Arturo Castro) to see her family. They note that the subway seems remarkably deserted. This is New York City, after all. They become horrified when they see a man on fire running down into the station. They wonder what has happened, and Jose tries to find out by going outside. He is instantly killed in an explosion. Lucy tries to find help. There is complete chaos in the city. Citizens are fighting the unknown invaders. While trying to escape from two men, Lucy tries to hide in a strange house.

The two men find her and try to rape her, but that is when the owner of the house, Stupe, shows up and kills them. Stupe tells her that he is heading to Hoboken because his family is there. Lucy convinces him to come with her to see if her grandmother is alright. Unfortunately, they find her dead body. They both get injured, and Lucy then goes to her sister Belinda’s (Angelic Zambrana) home. There, they manage to capture one of the soldiers of the invading army. The soldier tells the duo that Texas is voluntarily withdrawing from the Union.

He adds that it has forged an alliance called the New American Coalition with several other Southern states, including Louisiana, Florida, West Virginia, North Carolina, South Carolina, Georgia, and sections of Maryland and Pennsylvania. The militias have been sent in to attack the other US states. Their idea is to commit insurgency in various parts of the US and then force the federal government to agree to their terms. Stupe makes their captive reveal to them the location of the demilitarized zone – Grover Cleveland Park, Queens. 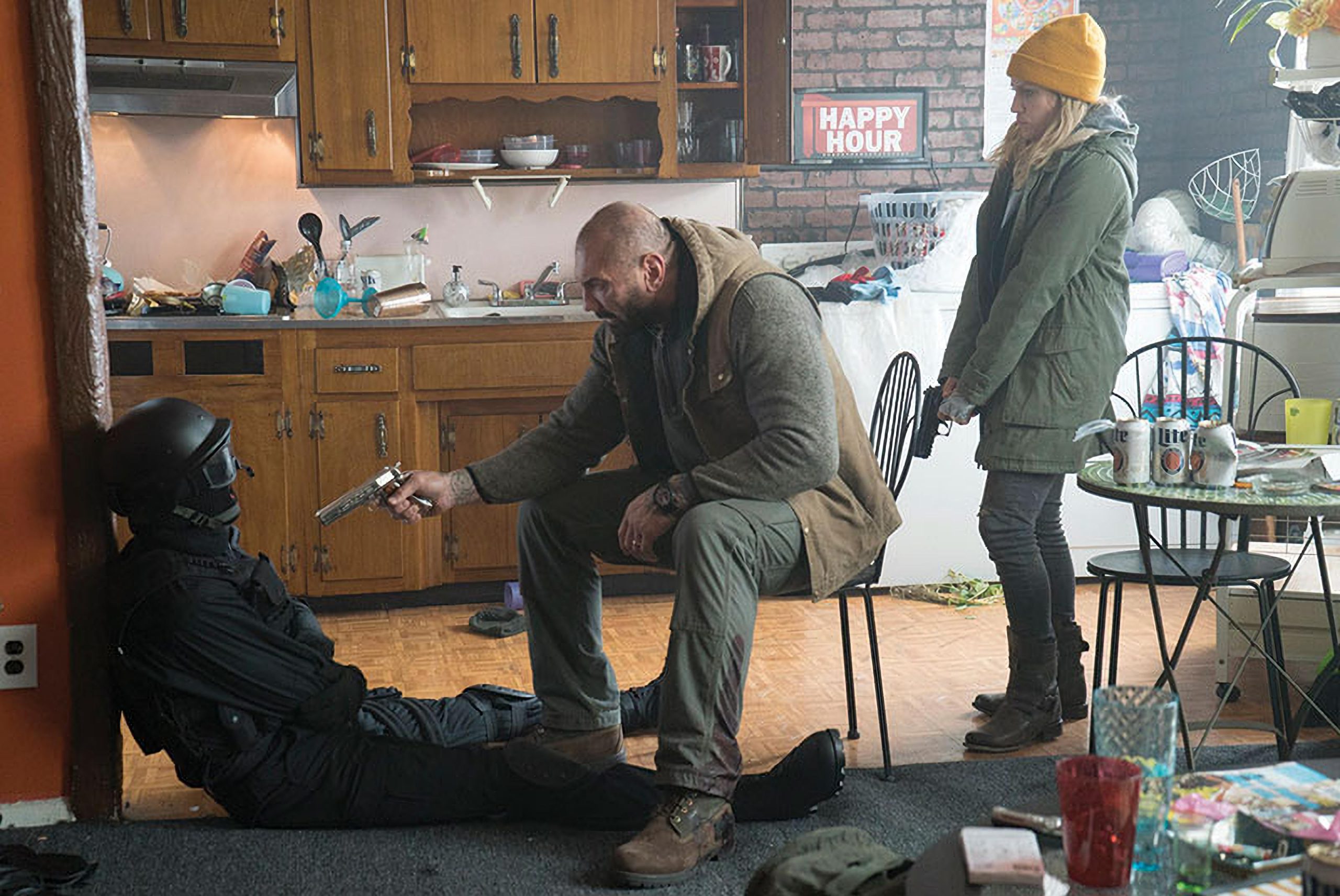 As the three of them make their way there, their paths cross with those of James, his mother, and his gang. James’ mother keeps Belinda as a hostage and sends James and Lucy to a nearby church where people are hiding. They want them to convince the priest there to lead the people to a laundromat where James’ and his crew will arm them. And then, together, they will make a push for the DMZ. Although the priest kills himself shortly after Lucy finds him, the plan works, and the people head to the laundromat.

According to the captive mercenary, during their planning, they didn’t think that the people will fight back this intensely. As Bushwick is predominantly populated by immigrants and people belonging to minority communities, they just thought that the resistance would be weak. The sheer hubris of this presumption is simply astounding. It underscores not only the arrogance and racism of the leaders of the coalition but also their stupidity.

They genuinely believed that they would take the neighborhood without bloodshed. When they are proven catastrophically wrong, they panicked and gave orders to their soldiers to shoot back whenever they feel their lives are in danger. This turns their infiltration bid into an all-out war. As Belinda correctly wonders, this does seem like another attempt at Civil War. Considering how terribly it is going, it is unlikely that it will be more successful than the original one. 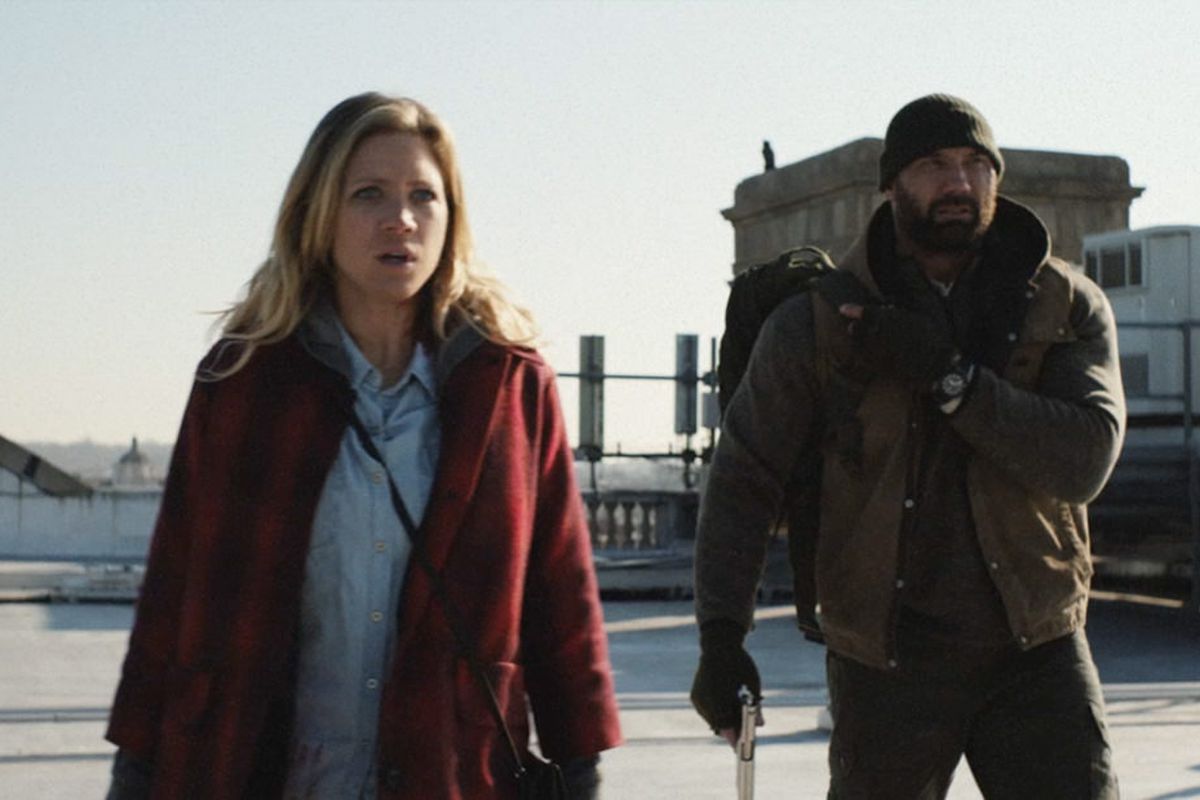 From the Jews to Hispanics to blacks to whites, all fight to protect their neighborhood. After they get to the laundromat, Lucy and Stupe discover that Belinda and James aren’t there yet. As they wait, Stupe reveals that his family died during the 9/11 Attacks, and he told Lucy the lie because he wanted her to leave him alone. However, after the ordeal that they have endured together, he is happy that she is there. Stupe also candidly speaks about his aversion to seeing people die around him. This is why he quit being an army medic and became a janitor.

Stupe’s death surprises the audience as thoroughly as it does Lucy. He is killed while entering a washroom. A teenage girl is already there, and as he opens the door, she shoots him by mistake. This might seem like an ignoble death for such a heroic character. Still, considering how he never wanted to be placed on that pedestal, especially because of killing other people, it doesn’t really matter. We can only hope that his tortured soul has finally found some peace.

Lucy is devastated by Stupe’s death and covers his dead body before moving on with Belinda. They join the armed group of people as they rush towards the DMZ. Lucy gets a heroic death. She is killed while trying to get her injured sister to safety. As Belinda is pulled off Lucy’s body by her allies and taken to the DMZ, it is revealed that the entire city is burning.

Evidently, the coalition’s attack was not limited to Bushwick, and the residents of those other neighborhoods have also fought back. It’s a bittersweet ending. While it implies that dark days are ahead for the city, it also celebrates the fighting spirit of the people who live there.