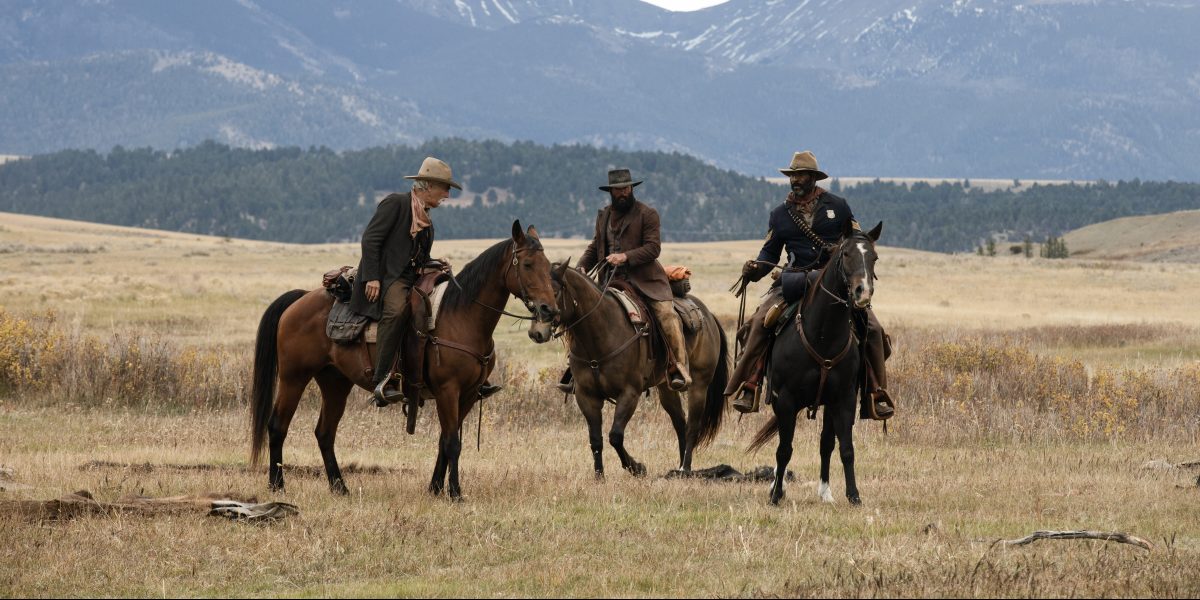 ‘1883‘ is an enthralling take on the hardships of life in the American West of the 19th century. It follows a group of immigrants and cowboys navigating various difficulties on their way to Oregon. The group passes through various landmarks on the road that give us a sense of the journey’s progress. In the ninth episode of season 1, the group heads towards a place known as Fort Caspar. Since the show blends elements of fiction and reality into its narrative, we are sure viewers must be curious to find out whether Fort Caspar is based on a real place. Allow us to share everything we know in that regard! SPOILERS AHEAD!

In the ninth episode of ‘1883,’ the caravan passes through Wyoming and comes across a camp of Lakota people, a Native American tribe. The camp is ravaged, and the people have been brutally murdered. James suspects that a group of horse thieves has executed this harrowing incident. While passing by the campsite, a snake bites Risa’s horse causing her to fall down. Risa is injured, and her husband, Josef, tries to rush by her side. However, the snake also bites Josef.

Shea, James, and Thomas are assessing the camp’s situation when they hear of Risa and Josef’s injuries. After seeing the couple, Shea immediately ascertains that they desperately need medical attention. Therefore, Shea suggests that the caravan change course and head to Fort Caspar. The site is a military camp and nearest human settlement with doctors and medicines available. Moreover, the group is also under threat from the Lakota tribe after a misunderstanding. Since Fort Caspar is a military camp, the group will indeed receive protection at the site. Therefore, Fort Caspar is the ideal destination for the group in the short term.

Is Fort Caspar Based on a Real Place?

Fort Caspar is indeed a real place. It was a US Army military post in Caspar, Wyoming. It was established in 1859 along the banks of the North Platte River and named after 2nd Lieutenant Caspar Collins. Initially, the post situated on the banks of the North Platte River was a trading post and toll bridge on the Oregon Trail. Later, the US Army took over the spot and named it Platte Bridge Station. Fort Caspar is famously remembered at the battle site of the Battle of Platte Bridge. It took place in 1865 and was a part of the Colorado War. The Lakota Sioux and Cheyenne Indians faced off against the United States army in the battle.

The Native Americans delivered a major blow to the US Army as the latter saw 29 casualties compared to the former’s eight deaths. However, the Native Americans failed to yield desired results due to their inability to keep their army on the battlefield for a longer duration. After the battle, the army renamed Platte Bridge Station to Fort Caspar in honor of Lieutenant Caspar Collins, who died while serving his nation. Fort Caspar is no longer an active military base as it was abandoned in 1867. It was later reconstructed into a museum.

Read More: Is 1883’s Charlie Goodnight Based on a Real Person?