What is Jeff Lowe’s Net Worth? 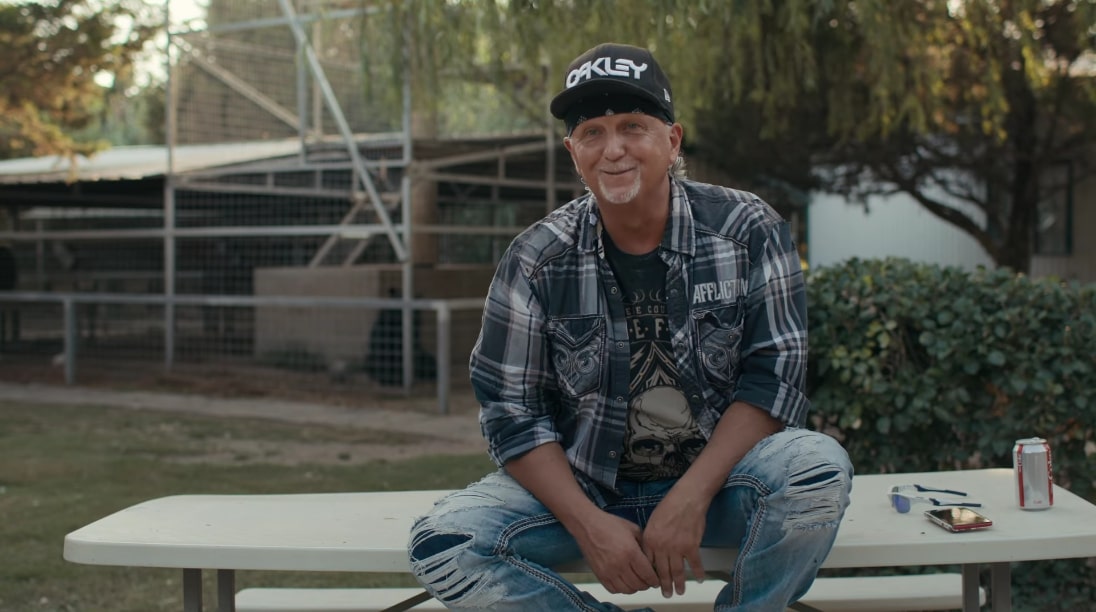 Netflix’s ‘Tiger King’ has changed several lives ever since its premiere back in March 2020. Yet, the one individual on the receiving end of both the positive and the negative has been Joe Exotic’s former business partner, Jeff Lowe. The big cat enthusiast has always claimed that he helped the federal authorities take down the G.W. Zoo founder, but others have said that he had a hand in the criminal matters as well. But for now, because Jeff is both a known felon and an entrepreneur, let’s find out more about his overall career, adventures, and net worth, shall we?

How Did Jeff Lowe Earn His Money?

Jeff Lowe has been surrounded by big cats and other animals for as long as he can remember. After all, his grandfather established the Robbins Brothers Circus in 1928, meaning that it was perfectly ordinary for him to be near the beautiful creatures at all times. As the years passed, Jeff’s love and passion for them only grew, so he ended up finding ways to work with them while also caring for some of his own. In fact, he reportedly owned and operated pet-based businesses in Colorado and Las Vegas before bouncing around and launching a chain of discount retail stores.

Eventually, Jeff went on to work with renowned stuntmen Robbie and Evel Knievel, legendary musician Prince, and several other famous personalities, indicating that he earned a cut of their massive profits as well. Jeff soon found himself associating with Joe Exotic, which led him to become the owner of the Greater Wynnewood Exotic Animal Park (G.W. Zoo) around 2018. By that point, though, he had already gotten into trouble for violence against his ex-wife and illegally carrying cubs into Las Vegas hotels. But it didn’t make a difference in the ownership then.

With that said, Joe’s legal troubles were affecting the workings of the zoo for Jeff, so he did try to partner with somebody else and relocate, only for the plans to fall apart for a while. Then, in the summer of 2020, a judge handed over the park to Carole Baskin over a prior legal issue she had with Joe involving a $1 million settlement. As if all this wasn’t enough, in May 2021, the federal authorities raided the Tiger King Park (a moved enterprise) in Thackerville and accused owners Jeff and his wife, Lauren, of violating the Endangered Species Act after noting instances of animal mistreatment.

Two weeks after the raid, in early June, the Lowe couple was arrested on DUI charges, and in September, four bench warrants were issued against Jeff after he failed to appear in court in Las Vegas. The latter was because of the 2017 indictments against him for not having a license for wild animals (three counts) and doing business without a permit (one count). As per reports, he needed to pay $20,500 to settle the warrants and receive a new court date.

What is Jeff Lowe’s Net Worth?

Despite season 1 of Netflix’s ‘Tiger King’ focusing on the fact that he resided in a rented mansion and didn’t particularly invest in his partnership with another animal keeper, from what we can tell, Jeff Lowe is pretty well off. He did say that he has “more money than God right now” in season 2, and although that’s an exaggeration, Jeff Lowe’s estimated net worth is approximately $5 million. Most of it is due to his past endeavors and appearances in the documentary series.

Read More: What is Carole Baskin’s Net Worth?