What Is Joseph Baena’s Net Worth? 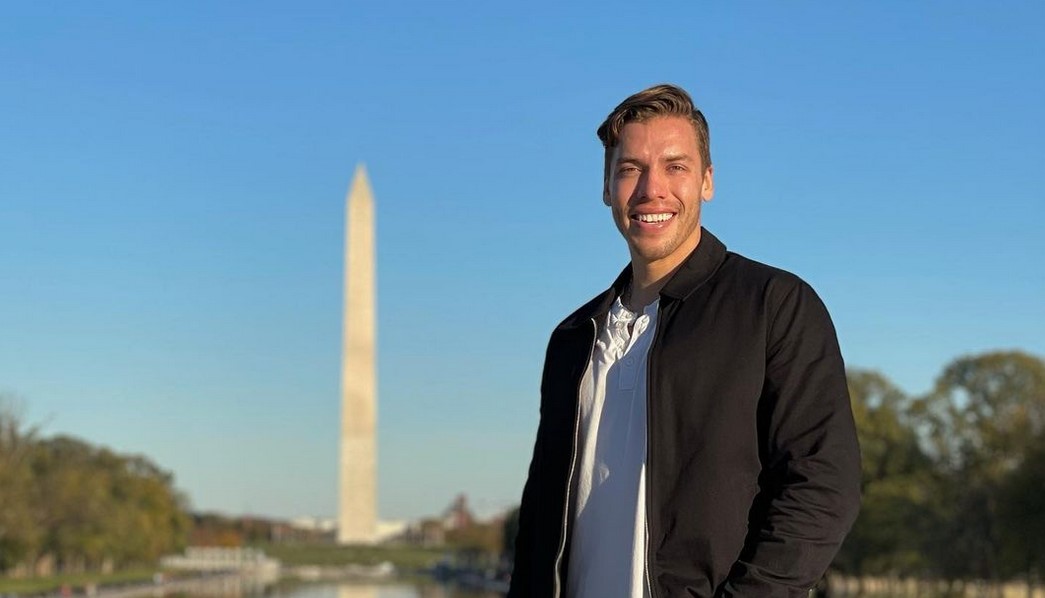 The son of renowned actor Arnold Schwarzenegger, and his former housekeeper, Mildred Patricia Baena, Joseph Baena has always been a household name in Hollywood. The young star is a man of many talents and resembles his father not just physically but even in terms of skill. Naturally, fans were quite excited to learn he would be a part of ‘Dancing With The Stars’ season 31. With the dance reality show bringing Joseph closer to viewers, people are curious to know more about his current net worth and profession. Fret not because we come bearing answers!

How Did Joseph Baena Earn His Money?

Being Arnold Schwarzenegger’s son, Joseph developed a passion for acting and bodybuilding. However, from a young age, he was interested in business and wanted to pursue the subject in college. Hence, Joseph entered Pepperdine University after graduating high school, pursuing a Bachelor of Business Administration degree in business administration and management.

Interestingly, while still at university, Joseph was associated with the 2016 video short ‘Terminator 2 Remake with Joseph Baena: Bad to the Bone’ and interned with ATTN: from July 2018 to October 2019. The internship gave him the experience he needed, and once he acquired his degree, he entered his professional life and took on the role of an Executive Assistant at Aria Properties.

Interestingly, Joseph worked in the position till April 2021, and during that time, he even made his foray into the television industry by appearing on the show ‘Dish Nation.’ Albeit, his talent in the real estate industry was simultaneously recognized, and in April 2021 itself, he was promoted to the position of a full-time Real Estate Agent at Aria Properties.

At present, Joseph enjoys working as a real estate agent and is based out of Los Angeles, California, where he deals primarily in select beachside properties. Moreover, when talking about his profession, he mentioned that apart from selling houses, he and his team are accustomed to managing all aspects of real estate, from mortgage to escrow.

On the other hand, Joseph is also a well-known personality in the film industry as he has quite a few TV appearances under his belt, including his role as Nico in ‘Scam Squad.’ Furthermore, the 24-year-old appears as Cory in the 2022 movie ‘Chariot,’ and a few of his upcoming on-screen projects are still in post-production. Besides, like his father, Joseph is deeply into fitness and has quite a significant following on TikTok.

Incidentally, a top-rung real estate agent in Los Angeles earns around $100,000 annually. Although, as Joseph primarily deals in elite properties that fetch higher commissions, we can assume that his annual come from the real estate firm is around $200,000. That, coupled with his movie and TV appearances as well as his TikTok following, makes us believe that the upcoming star’s current net worth lies around $1 million.

Read More: What Is Trevor Donovan’s Net Worth?