What is Lisa Hochstein’s Net Worth? 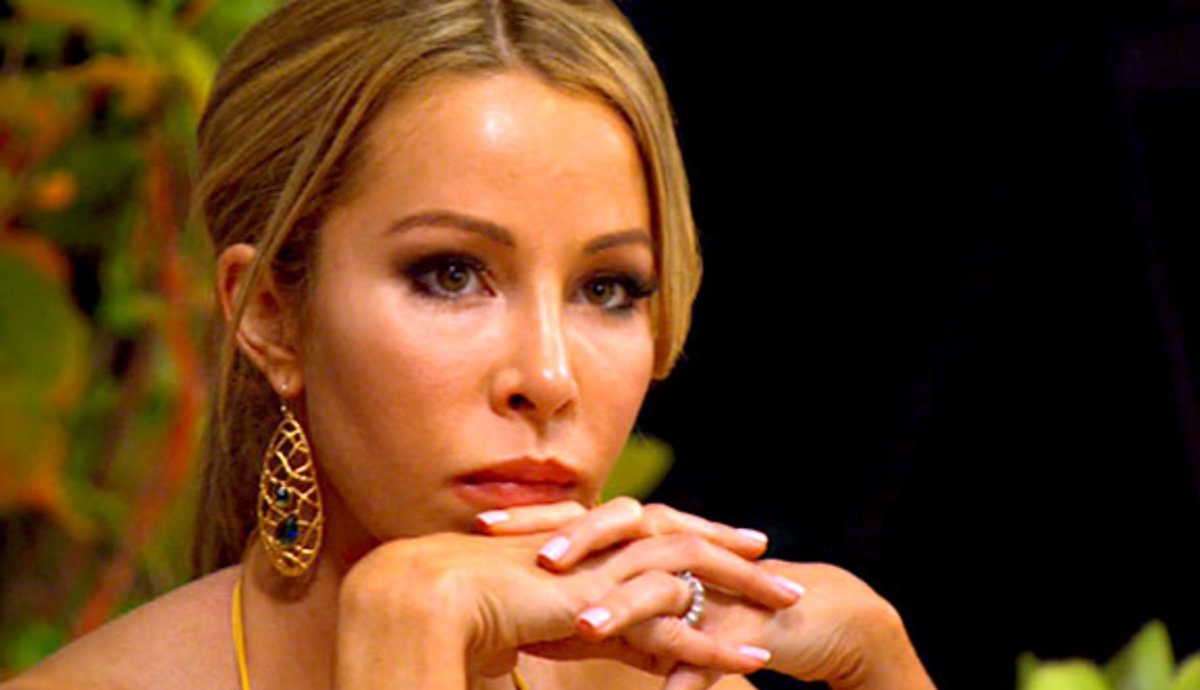 Lisa Hochstein is a popular name among the fans of ‘The Real Housewives of Miami,’ a reality TV series that chronicles the lives and drama of the affluent female residents of Miami. Lisa is an activist as well as a fitness and beauty expert with an illustrious career in modelling, and has been a cast member on the show since season 2. Born on July 24, 1982, in Toronto, she began participating in pageants at a very young age and always had an interest in dancing and fitness.

After becoming a successful Playboy model, Lisa married renowned cosmetic surgeon Dr. Leonard (aka Lenny) Hochstein on October 24, 2009. He is known especially for his work in the field of breast augmentation and has also appeared on the reality show ‘Miami Slice’ in 2004. Lisa and Lenny have two children, daughter Elle and son Logan, and the family owns a palatial mansion in Miami. Lisa is known for her luxurious lifestyle as well as lavish parties. If you too are curious to know if that has impacted her net worth, we’ve got you covered. Let’s find out.

How Did Lisa Hochstein Make Her Money?

Lisa’s first milestone in her modeling career was being crowned Miss Swimsuit Canada in 2002. Post that, she rose to prominence as a Playboy model and was featured thrice in the magazines. Her three appearances include the cover of the Playboy ‘Vixens’ issue, as well as in the ‘Voluptious Vixens’ and Playboy’s ‘Sexy Girls Next Door’ issues. She has also starred in a few movies between 2003 and 2006; the only credited one being ‘The Last Kiss.’

Lisa and Lenny met for the first time shortly after her last stint as a Playboy model. The couple was in a steady relationship and together, they purchased Palacio del Eden, a seven-bedroom and six-bathroom house for $4.5 million in 2004. They put up the 9,944 square foot estate in Sunset Islands for sale in 2012, for a market price of $10.75 million. Lisa also bought another property with her husband in Star Islands — an eight-bedroom and seven-bathroom waterfront house for $2 million.

Together the couple runs the Hochstein Medspa in Florida currently, which provides all kinds of premium beauty and rejuvenation treatments to clients. As an activist, Lisa supports many causes and also contributes to various charitable organizations like The Humane Society, Make-A-Wish Foundation, and Susan G. Race Komen for the Cure. She hosts several fundraisers via her parties, particularly her annual Halloween parties.

However, Lisa and her husband were fined a sum of $3,250 in January 2021, for exceeding noise limits in their massive house party. They were fined again in March 2021 for the same reason in another party, for a sum of $5,000. Since 2019, Lenny has also been involved in a few lawsuits by three of his clients, wherein they have sued him for around $100 million in total, claiming botched medical procedures.

Lenny had also filed counter lawsuits for wrongful defamation, and Lisa supported her husband resiliently through the ordeal. Despite all these problems, Lisa made a great professional move by featuring on ‘The Real Housewives of Miami.’ She starred in 34 episodes of seasons 2 and 3 back in 2012-2013 and has now also returned as a main cast member on season 4 in 2021.

With Lisa and her husband’s thriving business, as well as her own career as a reality TV star and fitness instructor, the couple together has amassed a net worth of $30 million. Thus, we estimate that Lisa Hochstein’s current individual net worth is at least $15 million, that is, half the combined value with Lenny. With her comeback to reality TV, it is but obvious that this figure will surely increase soon.