What is Miranda Cosgrove’s Net Worth?

Miranda Cosgrove is a singer and actress who is widely known for her work in ‘Despicable Me’ and ‘iCarly.’ She was born in 1993 in Los Angeles and once admitted that she never thought of becoming an actress. But interestingly, one day at a restaurant in Los Angeles, a talent agent noticed her dancing and singing. He approached her parents, and Miranda was soon working for several television commercials. When Miranda turned seven, she was already auditioning for roles in television shows and theatre.

Miranda was homeschooled most of her life, and she is her parent’s only child. She always wanted to become a veterinarian but went on to get a degree in psychology from the University of Southern California. Her decision was molded by the fact that she wanted to live near her family, and living in California also allowed her to continue acting. Lucky enough to get a role from a young age, Miranda continued to be a sought-after actress and also made her musical debut in the meantime. Her long career in the entertainment industry made her prosperous, and if you wish to know how much she is worth, you have come to the right place.

How Did Miranda Cosgrove Make Her Money?

After getting several television commercials for well-known companies like Mello Yello and McDonald’s, Miranda Cosgrove went on to work for several well-known films and TV shows. She made her debut in the film industry at the age of ten, when she appeared in ‘School of Rock’ as Summer Hathaway. She soon started getting roles in television shows like ‘Drake & Josh’, where she portrayed Megan Parker. However, she rose to prominence once she started playing the role of Carly Shay in the popular Nickelodeon sitcom ‘iCarly.’ 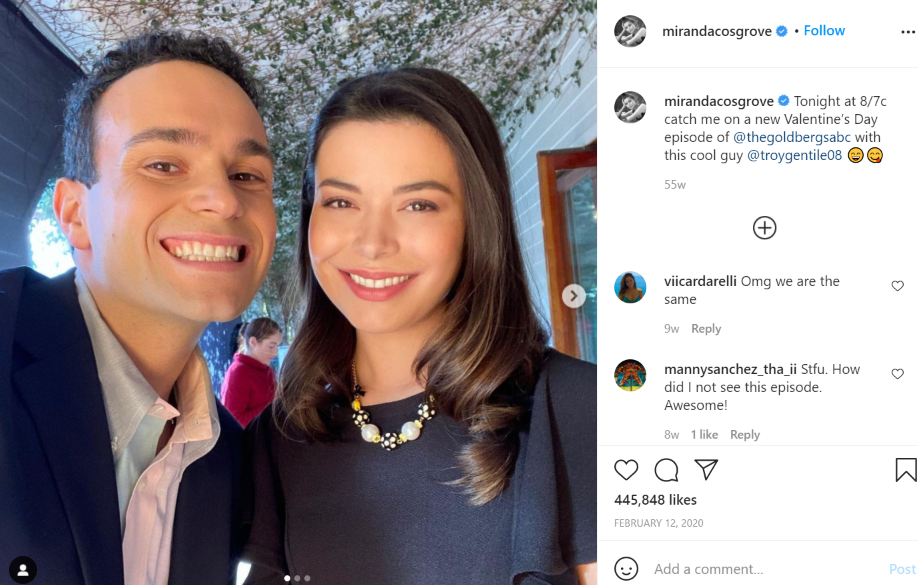 Miranda has also lent her voice for the role of Margo in the ‘Despicable Me’ film series. Apart from being a voice-over artist and an actor, Miranda is also a singer. She made her musical debut with the soundtrack album “iCarly” for the show of the same name. She followed it up with her second album, “Sparks Fly,” which was released in 2010. The song “Dancing Crazy” went on to become one of her most popular songs and was written by the singer and songwriter Avril Lavigne.

Miranda has also been part of a few music videos, including Marshmello’s “Happier,” where she was the lead actress. Miranda officially announced in December 2020 that she will return as Carly Shay in an ‘iCarly’ revival. She is also the host of two-time Emmy Award nominee ‘Mission Unstoppable with Miranda Cosgrove’. Miranda’s success in the world of television, films, and music has added to her overall wealth. Therefore, it is not shocking that despite being just 27 years old, she is quite wealthy.

Miranda Cosgrove’s net worth is estimated to be approximately $10 million. As she continues to be a successful actress in the entertainment industry, we can expect that her net worth is going to be on an upward curve in the future as well.

Read More: What is Dr. Seuss’s Net Worth?