What is Olivia And Ethan Plath’s Net Worth? 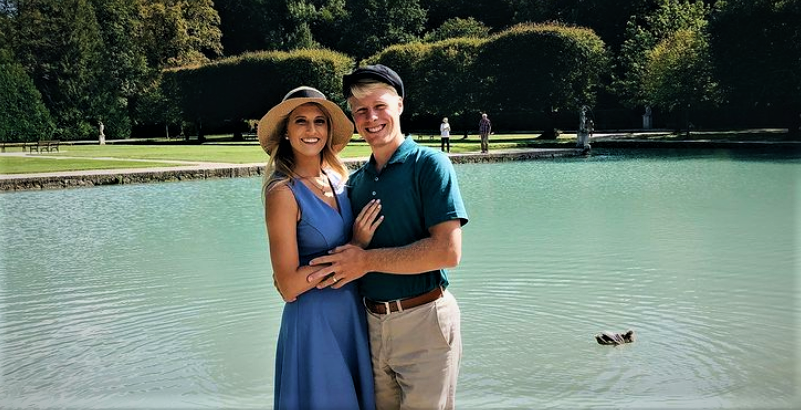 TLC’s ‘Welcome to Plathville’ centers upon the ultraconservative Plath family, who has lived an isolated life away from most modern technological advancements in a secluded farm located somewhere in rural Georgia. Kim and Barry Plath had imposed strict norms on their nine children, some of whom eventually rebelled against their parents for more freedom. Ethan Plath, the eldest of the nine siblings, led the way as he embraced the modern world and ended up falling in love with his now-wife Olivia Plath in the process. The couple first met in September 2014 at a Christian family event.

Although their worlds could not have been any more different, the duo danced together several times in the No Greater Joy Ministries organized event. After returning home, Olivia and Ethan realized that they have feelings for one another, but it wasn’t until 2 1/2 years later, in late 2016, that they started frequently exchanging letters. In the following months, the two began dating, and Ethan ended up proposing to Olivia on November 3, 2017. They got married the following year, on October 13, 2018.

The couple has been an indispensable part of the TLC series, and over the years, ‘Welcome to Plathville’ has captured the ups and downs in their relationship and also the conflicts with Kim and Barry Plath, who have consistently considered them a bad influence on their other children. However, over the years, the couple has managed to win the hearts of the viewers and are generally quite liked by fans of the show. Their growing popularity has fueled a lot of speculations about different aspects of their life, one of which is the duo’s combined net worth. If you are also curious about the same, we have got you covered.

How Did Olivia And Ethan Plath Make Their Money?

Although Ethan’s love for cars is rarely discussed on the TLC reality series, fans who follow him on social media know very well that he is extremely passionate about them. On his Instagram posts and Q&As, Ethan has often expressed his desire to collect and restore old cars. His love for expensive vehicles is even greater, and it goes without saying that only a mechanic has the luxury to stay in close contact with these machines all day long. So, it isn’t surprising that Ethan Plath works as a mechanic who loves to restore vehicles and never misses a chance to drive a luxury sports car whenever possible.

Olivia Plath, on the other hand, has also found her passion. Her love for photography has helped her grow a lucrative traveling photography business, and she now has numerous happy clients who are in awe of her work. Olivia’s Instagram account is full of wedding photos which suggests that her skills are in high demand and she gets projects from all parts of the country. She firmly believes that she is not selling a production but an experience.

One can argue that the reason for her success is rooted in her philosophy of giving her clients a lasting memory. Apart from their day-to-day jobs, Ethan and Olivia also earn a fair sum of money from their appearances on ‘Welcome to Plathville.’ With each season, their salaries must have been bumped up, which calls into question the same question that we had in the beginning – What is Olivia And Ethan Plath’s Net Worth? Let’s have a look.

Olivia And Ethan Plath’s Net Worth

Olivia and Ethan Plath’s combined net worth is estimated to be around $500,000. The couple is still a regular part of the TLC series, and they have their own jobs as well. Therefore, it is likely that their net worth is going to increase in the coming years.

Read More: What is Kim And Barry Plath’s Net Worth?