What Is the Jonas Virus in All of Us Are Dead? 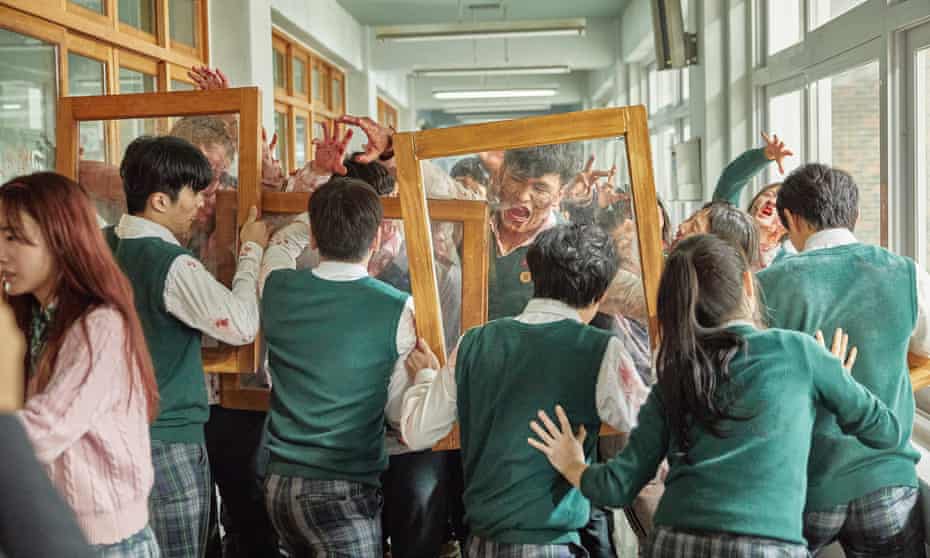 One of the fundamental rules of creating a successful fantasy or science fiction project is that it has to have a believable mythology behind it. It can be as fantastical as the creator wants; it just has to make sense in the context of the world to which it belongs. ‘All of Us Are Dead’ is a highly well-made entry in the zombie subgenre. It’s a thrilling joyride that lasts all 12 hours of the runtime of its first season and has detailed and sophisticated mythology that serves as the symbolic backbone of the entire narrative. The concept of the Jonas virus is introduced halfway into the series. Here is everything you need to know about it. SPOILERS AHEAD.

What Is the Jonas Virus?

The Jonas virus is what causing the zombie plague in the ‘All of Us Are Dead’ universe. In episode 6, Lee Byeong-chan (Byeong-cheol Kim) gives certain details about the virus, including its name and why it named it so. Byeong-chan named the virus after Hans Jonas, the 20th-century philosopher known for his work involving life-related technologies. Byeong-chan is an accomplished scientist. He studied cell biology in the US, from where he received a Ph.D. He then returned to South Korea and began working at a pharmaceutical company. Later, he quits that job and enters the educational sector. After reading his credentials, detective Song Jae-il observes that Byeong-chan could have been a college professor.

Byeong-chan created the Jonas virus after seeing the horrible bullying his son has suffered at school. He tried to put a stop to it through official channels by lodging complaints with the principal, but it didn’t work. Instead, he was threatened by the said principal. When his son tried to take his own life, Byeong-chan finally realized that the system would not help the likes of him and his son. So, he developed the virus to protect his son from bullying. He studied how mice respond to cats. Most times, they are frozen in fear. But in certain instances, the mice react aggressively. Byeong-chan drew the hormones responsible for this from these mice and injected them into his son. Shortly after, he turned and bit his mother. The show uses the dynamics between cats and mice as a metaphor for the powerful and powerless in human society, noting that sometimes the powerless do strike back.

In most cases, a person dies after being infected by the virus, which then takes over the body. However, with halfbies, human sentience is emulated by the virus because of a mutation. As a result, the halfbies are neither humans nor zombies. Most zombies in the world of ‘All of Us Are Dead’ are quite hard to kill. But the halfbies take it to the next level. They have incredible healing abilities, power, and speed. Combined with even ordinary human intelligence, these traits make the halfbies seem the next stage of human evolution. However, they seem to react violently to high pitch sounds (24kHz). And like the rest of the zombies or any other species on Earth for that matter, they can be killed with heavy bombings.