What is the Meaning of Looop Lapeta Title?

Netflix’s ‘Looop Lapeta’ is a comedic thriller that follows Savi (Taapsee Pannu) as she attempts to save her bumbling boyfriend Satya after he loses a large amount of money belonging to a ruthless gangster. Facing daunting odds, our young heroine embarks on a breathless adventure not once but thrice! Each time, she gets closer to her goal, only to then have her boyfriend get shot.

An Indian remake of the 1998 German experimental thriller ‘Run Lola Run,’ the breathless Hindi-language flick draws on the surreal format of its predecessor. Thus, apart from fighting for her lover’s life, the protagonist also goes through the bewildering experience of reliving the same period of time again and again. The film’s name is fittingly quirky and seems to hide some secrets of its own. Let’s take a closer look at the title of ‘Looop Lapeta’ and see what it’s trying to tell us. SPOILERS AHEAD.

What is the Meaning of Looop Lapeta Title?

The film’s main events are essentially set within a period of about 80 minutes and play out to a conclusion before resetting to the beginning of the day to start playing out again. This cycle, or “loop,” takes place three times. Thus, Savi essentially lives the same 80-minute period over and over three times, getting better with each instance at beating the astronomical odds facing her. At the end of the first two loops, her boyfriend Satya is shot dead. In the third and final loop, Savi finally manages to save Satya and also wins big at the casino, more than overcoming her odds. 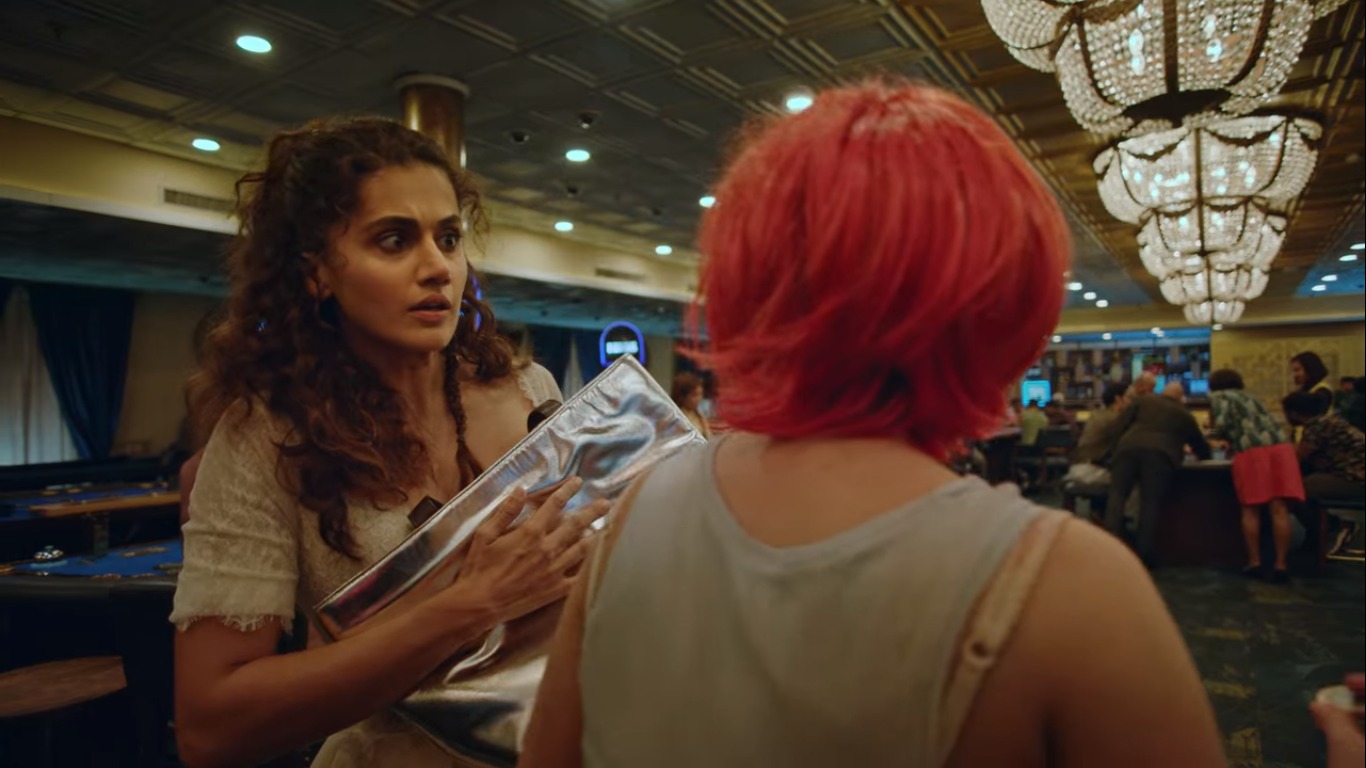 Thus, the first word of the film’s title is seemingly misspelled to signify the three time-loops that the protagonist goes through to achieve her required outcome. Of course, the whole idea of “third time’s the charm” is also lightly hinted at in the narrative, which is likely why it all largely works out for the protagonist on her third attempt. Thus, the significance of “three” runs through the film and is signified by the “O’s” in the title’s first word.

The second word, “Lapeta,” is a Hindi-language word that roughly translates to “wrapped,” “intertwined,” or “trapped.” Apart from being fun to pronounce, the word also adds an interesting meaning to the film’s title and overall theme. Savi finds herself trapped within a time loop for most of the narrative, reliving the same 80-minute period three times. However, this also works in her favor since it gives her three chances to save her boyfriend. By the end, Savi’s objective is as much to save Satya as it is to break out the loop that has seemingly trapped her.

Thus, the word “Lapeta” essentially refers to how the time loop has entrapped the protagonist. In the broader scheme of things, Savi realizes, people get stuck in loops in which they repeat their mistakes. At the end of the film, she breaks out her present loop but almost immediately gets sucked into another one, thus continuing to be trapped by loops and bringing the title’s second word to mind once again.

Interestingly, the film’s title also pays homage to its original German inspiration. As co-writer and director Aakash Bhatia explained, the first two letters of the two words in the title (“Lo” and “La”) combine to be a reference to the iconic film ‘Run Lola Run’ and its titular protagonist, essayed by Franka Potente.