What Is the Meaning of The Pentaverate Title? 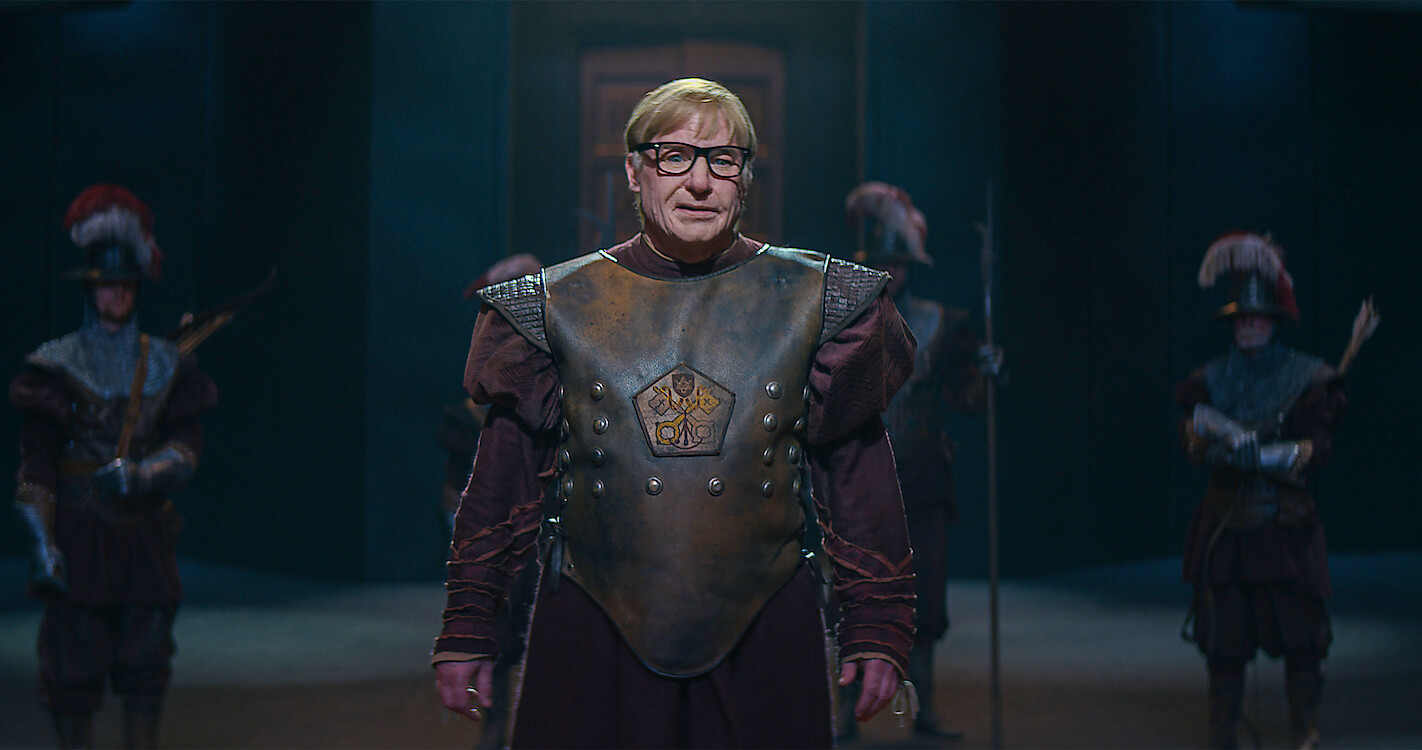 Netflix’s ‘The Pentaverate’ follows an old-timey Canadian journalist who becomes involved with a world-controlling secret global society. Mike Myers is at his comedic best as he dons multiple characters, including the central journalist, Ken Scarborough. A conspiracy theory-fuelled adventure ensues when Ken, initially on the hunt for a groundbreaking news story, finds himself holding the world’s fate.

There are a lot of outlandish concepts that the show presents and an equal number of odd characters. The name of the Netflix series is equally enigmatic. Let’s take a look at what the title of ‘The Pentaverate’ actually means.

What Is the Meaning of The Pentaverate Title?

Over time the group has grown increasingly powerful and now consists of five members that essentially control the world order by pulling strings. As expected, The Pentaverate consists of five individuals who were icons in their fields before they became members. The name of the secret society (and the show) thus refers to these five (“Penta”) members.

Though the show’s secret society has hints of real secret societies like the Illuminati, The Pentaverate is not a real shadow society. The name of the series actually has quite an intriguing origin which is also historical, though we don’t need to go back centuries.

The 1993 black comedy ‘So I Married an Axe Murderer,’ which featured Mike Myers in a double role, is actually where the Netflix series gets its name. In the film, Myers plays the role of Charlie Mackenzie and his Scottish father, Stuart Mackenzie. The latter is a conspiracy theorist who gets his news from Weekly World News. Incidentally, Weekly World News was an actual tabloid that published fictional news and was in print from around 1979 to 2007.

In one scene of the movie, Stuart discusses conspiracy theories with Charlie’s friend, Tony. The discussion refers to The Pentaverate when the former claims that the five people that make up the secret society are: the queen, the Vatican, the Gettys, the Rothschilds, and “Colonel Sanders before he went tits up.”

Thus, the Netflix series and its name are inspired by an obscure dialogue from a cult 1990s Mike Myers movie. The story of the series has no connection to the movie in terms of plot or characters. However, they both share a few cast members. Apart from Mike Myers, Debi Mazar also appears on both projects. In the film, she plays Tony’s girlfriend, Susan. In ‘The Pentaverate,’ Mazar essays the secret society’s resourceful assistant, Patty.

Thus, the title of ‘The Pentaverate’ refers to the secret society at the center of the series and also pays homage to Myers’ 1993 film. In fact, the series pays homage to a few other Mike Myers projects, including ‘Shrek’ and ‘Austin Powers.’ Ultimately, like much of the show, its title is also a tongue-in-cheek inside joke.

Read More: Where Is The Pentaverate Filmed?