What is The Pyramid in 1899, Explained

Netflix’s ‘1899’ spins a convoluted mystery for the audience where nothing is what it seems. What was supposed to be a week-long journey from Europe to America turns into a web of mysteries with no end in sight. At the center of this puzzle is Maura Franklin, a doctor who boards Kerberos with the intention of finding out what happened to her brother. She suspects that their father might have something to do with it. Things get more bizarre with the arrival of a boy, who seems to be the only survivor of Prometheus, the ship that went missing four months ago. The answer to the mystery surrounding him seems to be within the pyramid that he offers to Maura. What is this pyramid and what does it mean for the passengers on the ship? Let’s find out. SPOILERS AHEAD

What is the Pyramid? What Does it Signify?

The pyramid appears in ‘1899’ on two scales. The first is the small pyramid that the boy carries around with him. The second is on a grander scale, much like the pyramids in Egypt. It also seems to be related to the recurring symbol of a triangle with a horizontal line in the middle. It is everywhere, from the rugs on the ship to the jewelry and clothes to the mysterious letter from Maura’s brother. This establishes that there is a deeper meaning to the symbols and the pyramids, one that is placed all around to nudge the seekers in the right direction. 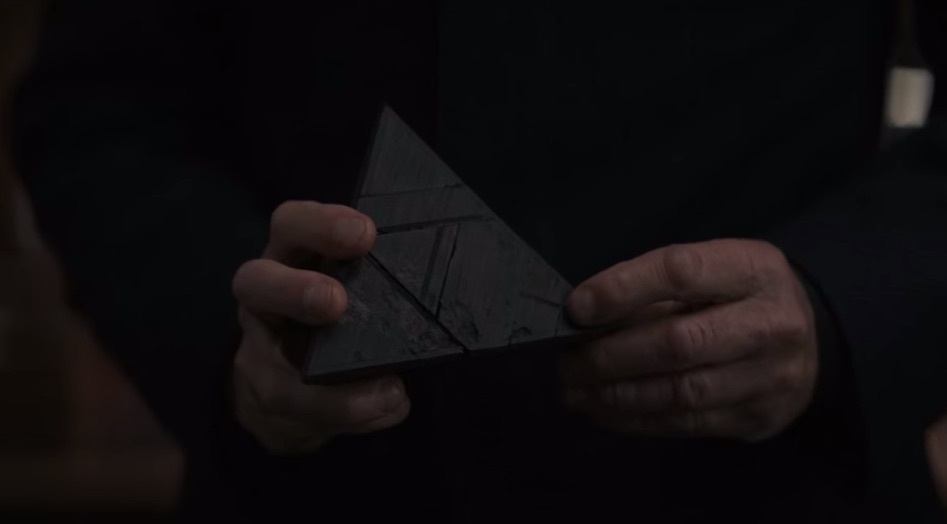 The passengers of Kerberos know that there is a deeper mystery at the heart of their ship, which also has some connection to Prometheus. It is interesting to note that Prometheus is best known in mythology as the one who stole fire from the gods and gave it to humans, which in some ways freed them. Similarly, the boy from Prometheus ship gives the pyramid to Maura. Comparing the two stories, we find that the pyramid is the symbol of knowledge, which the boy has stolen from Henry, the man controlling the lives of the people on the ship. Through it, the boy wishes to free Maura and the others.

Eventually, it is revealed that the pyramid is actually the lock on the door of everyone’s consciousness on the ship as well as outside it. Maura is the only one with the key to it, which is why the boy gives the pyramid to her. Out of the many meanings of its symbolism, the pyramid is known to represent one’s ascent to the heavens. The bottom represents the foundation, while the top points towards the stars, guiding one to a higher level, and reaching out for the greater heights of consciousness. Eventually, Maura uses a pyramid to unlock her own mind and open herself to the knowledge that had been hidden from her all this while. 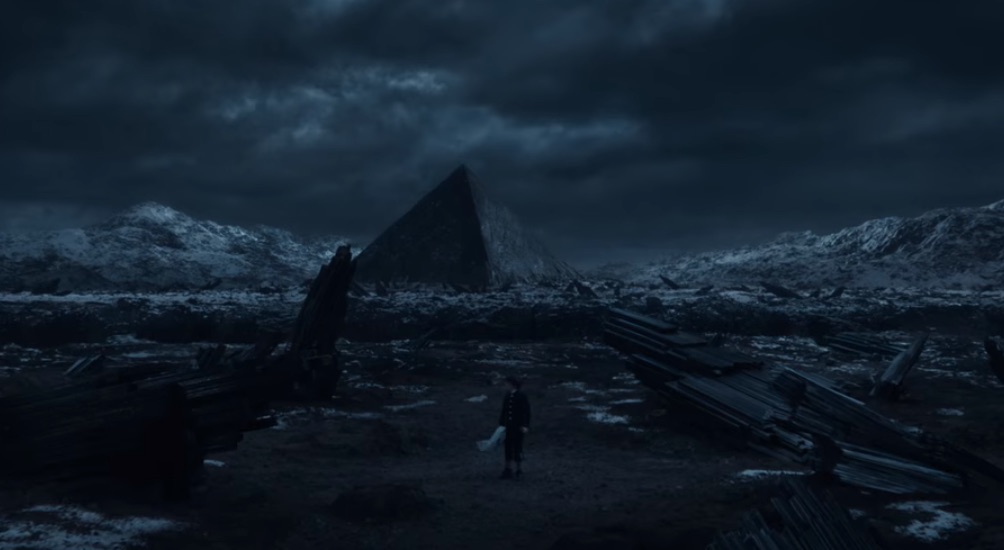 Once the cloak is removed, Maura finds herself in a different version of reality. In the last few minutes of the season, the show completely subverts the expectations of the audience, as well as Maura’s, and she finds herself in space. While this raises many more questions regarding the nature of reality and all that has happened by far, it does offer an answer to the meaning of the triangle symbols.

The Greek philosopher Aristotle used triangles as the symbols for the things that make up all matter. An upright triangle is fire, and an inverted triangle is water. An upright triangle with a horizontal line in the middle is air, while its inverted form is earth. If Maura really is in space, then all these symbols are actually reminders of home for her: the Earth that she has left behind. It makes sense then that the pyramid would be used as the shape that tethers her to reality.

In this vein, the base of the pyramid is Earth and Maura is literally shooting for the stars. We also notice the symbol, in a blink-and-you’ll-miss moment, tattooed on the back of Maura’s ear in the last scene. One could say that it is a reminder of home to her, to remind her of the place she has roots in, where she comes from. Take a triangle in 3D format, and it becomes a pyramid. So, in a way, it makes sense that the door back to her consciousness, back to her world, back to home, would manifest itself in the simulation as a pyramid. More than a lock, it is a reminder of who she is and where she really belongs.

Read More: What is the Black Material in 1899, Explained