Netflix’s ‘1899‘ is a period sci-fi TV series set in the titular year and centers on a passenger ship traveling from London to New York. He detours when the captain receives a signal indicating a missing ship’s whereabouts. On reaching the location, the crew finds an abandoned vessel called Prometheus. Soon, unexplainable events start occurring, making the passengers question what is real and what is not.

Created by Baran bo Odar and Jantje Friese, ‘1899’ is the epitome of a mind-bending story. The way the creators bring together characters, their past trauma, and their relationships under mysterious circumstances is genuinely exceptional. Moreover, the narrative seems like a puzzle that immerses the audience and creates a sense of curiosity till the end. If you are a fan of the genre and are looking for more such recommendations, we’ve made you the perfect list! You can watch most of these shows like ‘1899’ on Netflix, Hulu, or Amazon Prime.

‘Glitch‘ is an Australian TV series set in the small town of Yoorana, Victoria, that follows police officer James Hayes as he tries to solve a case about seven people returning from the dead. These people return from their graves overnight and don’t seem to remember who they are. Although ‘1899’ is not set in a small town, its characters share some semblance with the seven people in ‘Glitch.’

In ‘1899,’ a few passengers share a connection, forming a core part of the narrative. Similarly, in ‘Glitch,’ the seven are connected in ways the audience doesn’t understand at the beginning. As the story unfolds in both shows, the viewers piece together tiny details and try to conclude. The audience derives joy from this and stays invested until all threads are tied together.

‘Counterpart‘ is a sci-fi thriller show that revolves around the idea that the world has two dimensions. It follows Howard Silk (J. K. Simmons), a low-rung employee at a United Nations agency, who discovers the gateway between the two dimensions. The shocking revelation opens his eyes to the world he is living in, and as he understands it, there’s something bigger happening in the background.

One intriguing commonality between ‘Counterpart’ and ‘1899’ is how both shows seem to borrow certain aspects from real-world events and theories. For instance, in ‘Counterpart,’ the cold war between the two dimensions reminds us of the one between the US and the Soviet Union. Likewise, the basic premise of ‘1889’, which involves a missing ship adrift in the sea, is reminiscent of the conspiracy theories around the Bermuda Triangle. Though these similarities form only a tiny part of the story, they pique the viewers’ interest in the tale.

‘Sense8‘ is another sci-fi drama series that will leave you wanting more. It centers around eight individuals from around the globe sharing a strong tie. Created by The Wachowski sisters and J. Michael Straczynski, the show chronicles how individuals discover their connection and the dark past that binds them via supernatural phenomena.

In each show, what truly brings these people together is their collective trauma. In ‘1899,’ a few passengers are haunted by their disturbing secrets. It is one of the reasons why they are aboard the ship and seem to have some commonality. While these characters do not appear as strongly connected as the ones in ‘Sense8,’ trauma plays a huge role in their interactions and motivations. The audience might also find resemblances between the character arcs in both shows, which provide fascinating insights into the human psyche.

Netflix’s ‘The OA‘ is a sci-fi supernatural TV series that revolves around Prairie Johnson, a young woman who returns after being missing for seven years. What’s odder is that she was blind before her disappearance but can now see. While the police and the woman’s adoptive parents try to understand the reasons behind this, she begins executing her plan.

The most intriguing part about looking at ‘The OA’ and ‘1899’ from a broader lens is Prairie’s resemblance with the ship Prometheus. Even though the latter is an inanimate object, its role in the core premise is similar to hers; while Prairie was missing for seven years, Prometheus disappeared for four months. Besides this, her return is analogous to the mysterious reappearance of the ship. From here on, the plot for both shows goes on different tangents, yet the foundation in both cases is alike.

Based on Gimlet Media’s eponymous podcast, Amazon Prime’s ‘Homecoming‘ is a psychological thriller TV series about Heidi Bergman (Julia Roberts), an ex-soldier who works as a waitress. She used to serve at ‘Homecoming,’ a facility that enables soldiers to transition from army life to civilian life. Heidi encounters a Defense Administrator who asks why she left the facility, but strangely she cannot remember anything from her time there. This leads her down a path where she finds disturbing answers to all her questions.

Several tropes from ‘Homecoming’ seem to be present in ‘1899,’ including a character losing their memory, the dark reality of a seemingly ordinary place, and more. For instance, Heidi’s inability to recall her time at ‘Homecoming’ is akin to a passenger’s struggles to remember her actual past in ‘1899.’ In addition, the audience will likely notice a few more surprisingly familiar tropes that leave them dumbfounded. 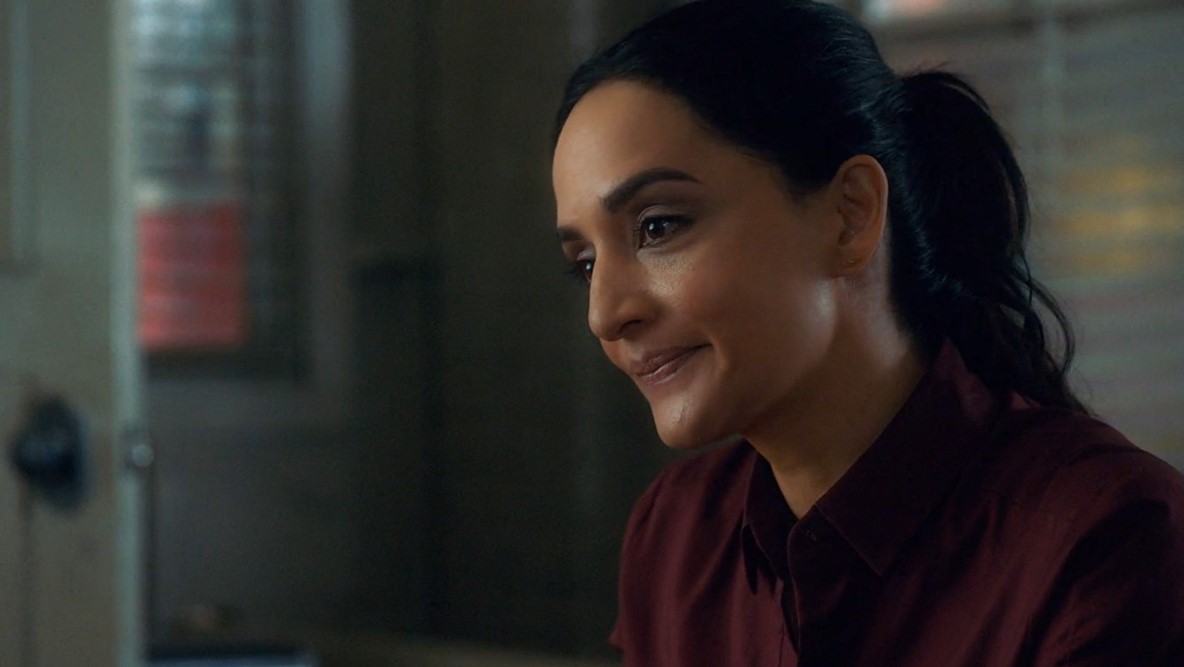 ‘Departure‘ is a suspense drama series about the disappearance of a flight over the Atlantic Ocean and its subsequent crash. When a TSIB officer is assigned to the case, she gets a whiff of a giant conspiracy behind the crash that involves people beyond her reach. Although the show is without sci-fi elements, a few thin threads connect it with the story of ‘1899.’

One of the significant tropes alike between the two shows is the fundamental premise that the audience knows enough about. The show leverages this perception to captivate the viewers’ attention and builds on it. Another comparable facet of both stories is how they convince the audience that something much worse is happening in the background. Besides these, a few other familiar themes of the suspense and mystery genres keep them on edge until the last second.

‘Manifest‘ is supernatural mystery TV series that revolves around the disappearance of a passenger flight and its reappearance after over five years. Chaos ensues when the presumed dead passengers try to understand what exactly happened. Like a few other shows in this genre, ‘Manifest’ is a work of fiction whose broader concept is connected with real-life events. Likewise, even ‘1899’ is a fictional story associated with conspiracy theories around the Devil’s Triangle. Other than this, the characters’ strange experiences share some semblance with the characters of ‘Manifest.’

HBO’s ‘Westworld‘ is one of the noteworthy sci-fi shows on the list, chronicling how an AI-operated Western theme park for elite people leads humanity to dystopia. ‘1899’ and ‘Westworld’ are similar yet different; the creators leverage identical tropes to build distinct narratives that are equally compelling. While the latter is set in a futuristic environment, the Netflix series occurs in the 19th century.

However, both shows blur the lines between reality and fiction. Additionally, we see how technology and symbolism play a significant role in both shows. Several other facets add to the layered storytelling style, which makes the audience curious and compels them to find meaning in everything they see. 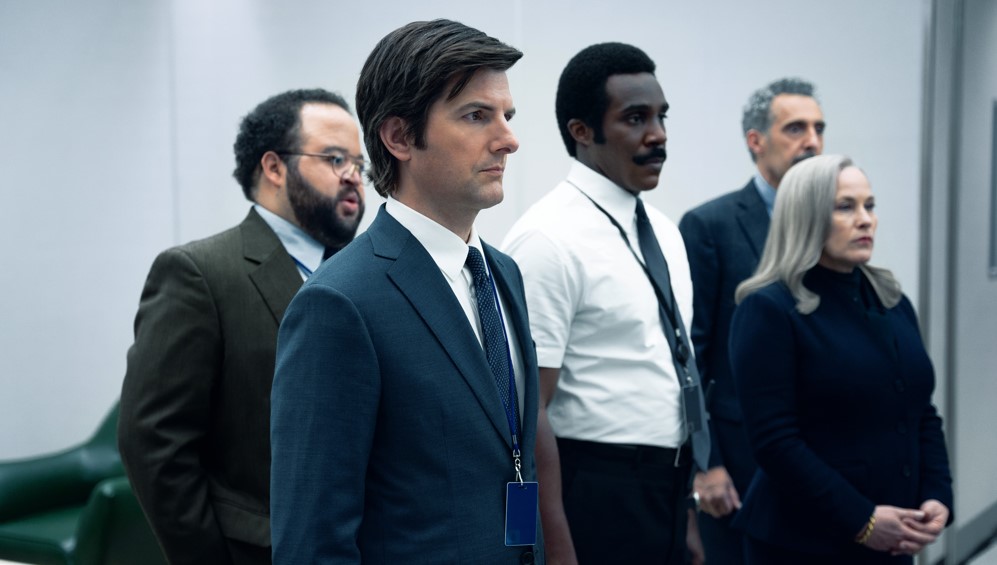 ‘Severance‘ is yet another brilliant show that takes the simple concept of workplace drama and transforms it into something else. Created by Ben Stiller, the show is a sci-fi psychological thriller that follows Mark (Adam Scott), an employee at Lumon. Like many others working there, his memory is severed into the workplace and non-workplace memories. However, when one of the employees disappears outside of work, Mark and his team set out to learn about themselves and the company they work in.

One of the key similarities between ‘Severance’ and ‘1899’ is how their stories innately depend on the mechanics of their worlds. The creators of both series have designed intricate rules that govern how various incidents occur and the characters’ reactions to them. Also, both shows involve enigmatic figures the audience knows little about. All these elements make for an impeccable story that makes the audience ponder even after the episode ends. 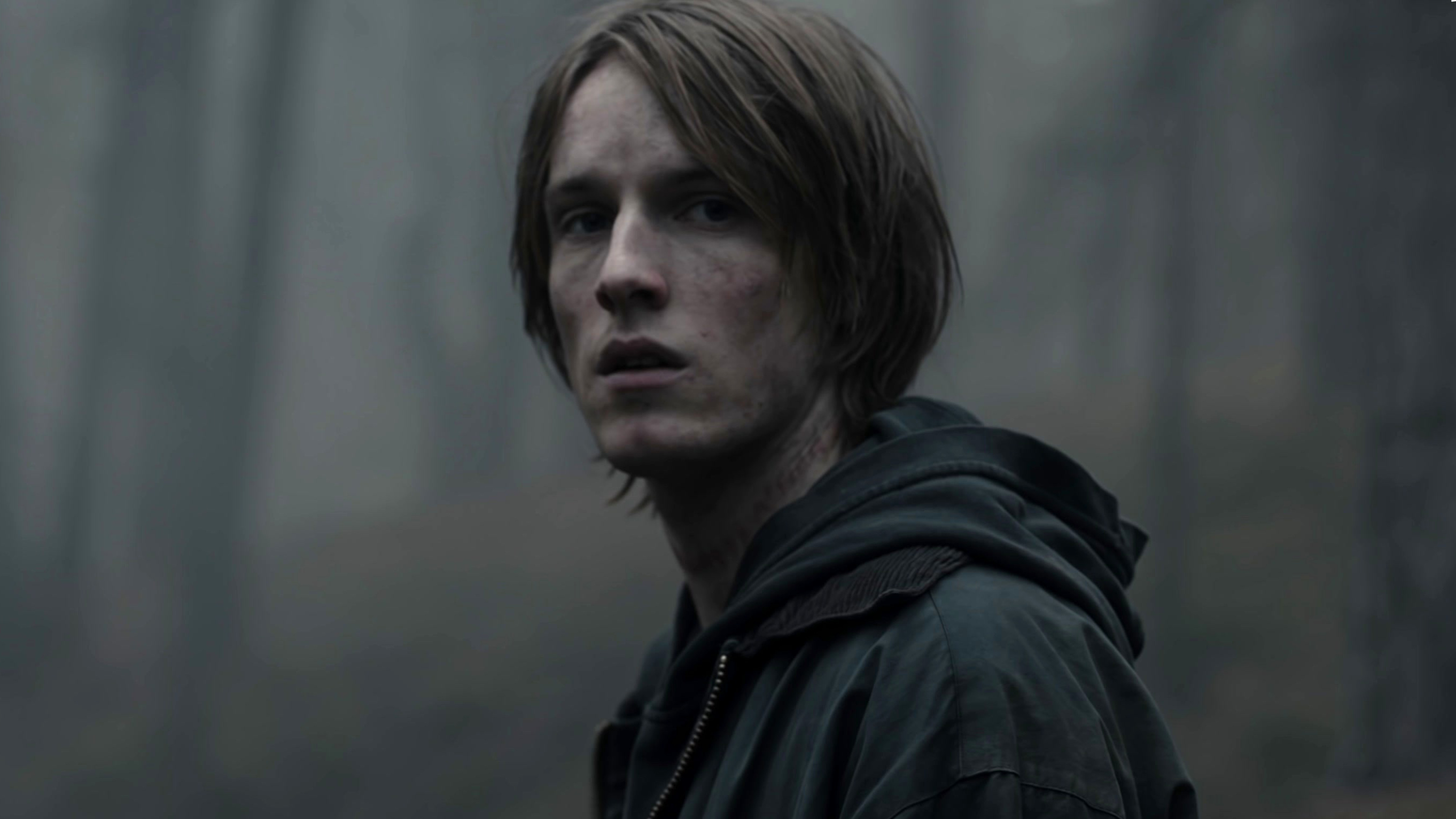 ‘Dark‘ is one of the most mind-bending shows that turns the perception of time travel upside down. Created by the makers of ‘1899,’ it is the first German original series produced for Netflix. Set in a small German town, the story follows four families whose past, present, and future are connected with the town’s troubled history. Since the creators behind the two shows are the same, there are bound to be quite a few similarities.

Like ‘1899,’ ‘Dark’ is a complex puzzle that demands your attention from start to end. Both shows possess recurring symbols that carry a profound meaning and are clues to where the story is headed. In addition, the unpredictable twists and turns flip the complete story and leave the audience with more questions than answers. Nevertheless, all loose ends are tied neatly toward the end, giving the viewers a satisfactory conclusion.