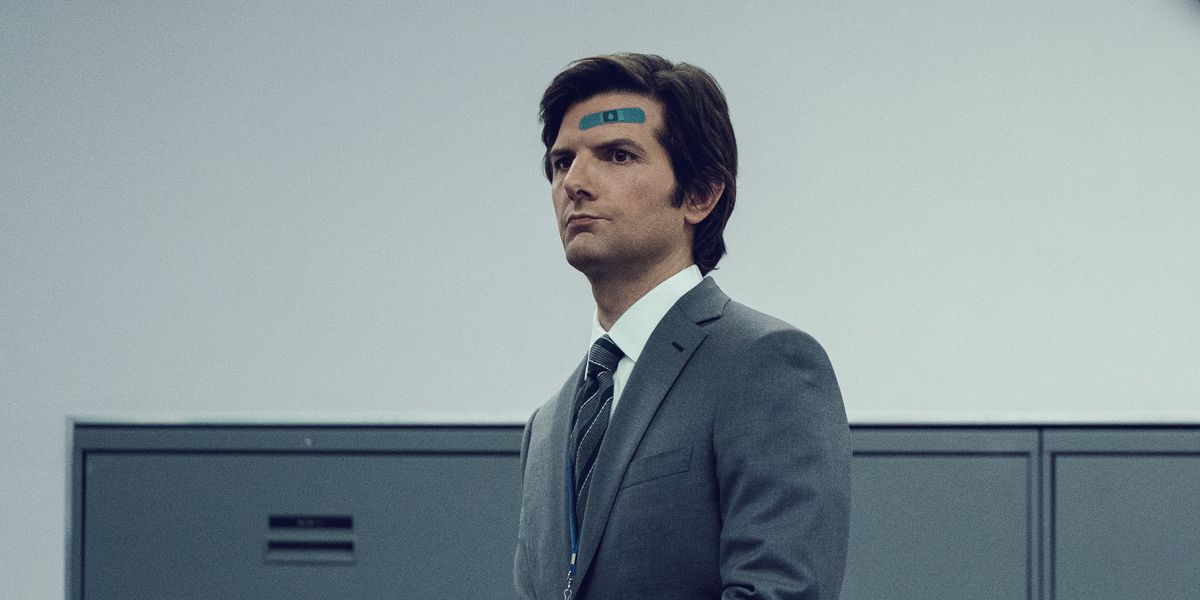 ‘Severance’ follows the employees of Lumon Industries who have undergone a scientific procedure known as “severance.” The process separates their personal memories from work-related ones. As a result, the employees cannot access their personal memories while at work and vice versa. However, Lumon employee, Mark Scout, meets a former colleague whose presence sets Mark on the course to unravel a conspiracy within Lumon and confront the true nature of his job.

The gripping thriller series is created by Dan Erickson and mixes some clever social commentary with a mind-bending concept that will appeal to a wide array of viewers. If you like the show and crave something similar, we have compiled a list of shows that will equally entertain you. You can stream most of these shows like ‘Severance’ on Netflix, Amazon Prime, and Hulu! 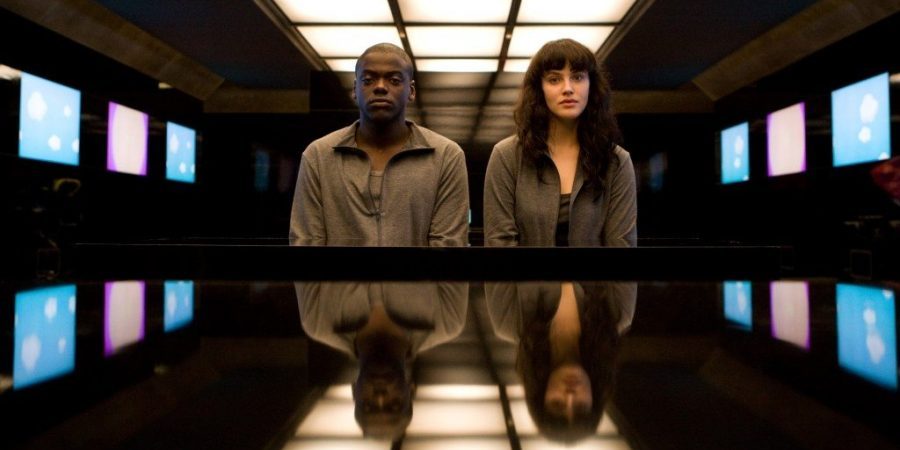 ‘Black Mirror‘ is an anthology drama series created by Charlie Brooker. Each episode follows its own unique narrative thread and delivers a mind-bending story that forces audiences to introspect on certain aspects of life, society, morality, etc. The show utilizes technology to comment on various social issues, similar to how ‘Severance’ uses technology to comment on corporate life. Viewers who like the concept of ‘Severance’ but enjoy shorter, bite-sized content will relish the opportunity of exploring various mind-bending ideas in ‘Black Mirror.’ 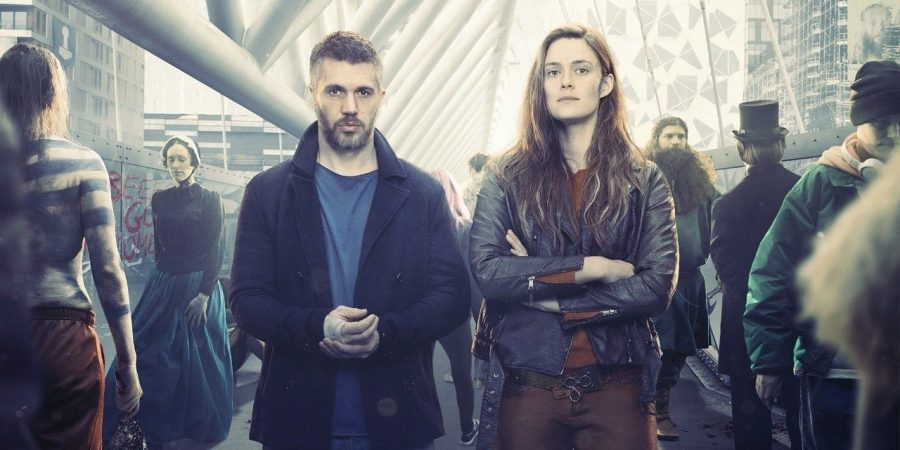 ‘Beforeigners’ (also known as ‘Fremvandrerne’) is a Norwegian series created by Eilif Skodvin and Anne Bjørnstad. It revolves around the mysterious appearance of people from different time periods in the present day. A gripping murder mystery lies at the center of the conflict as two detectives try to understand the baffling concept of “time migration.” The series introduces viewers to a complex scientific concept that has various facets and is explored through the eyes of a set of intriguing characters in a similar manner as ‘Severance.’

Creator Justin Marks’ ‘Counterpart‘ is a science fiction thriller series that follows Howard Silk, a bureaucrat who works for a Berlin-based United Nations agency. Soon, Silk realizes the true nature of his job and learns about a parallel dimension where his “counterpart” resides. The complex narrative takes the world of bureaucracy and gives it a sci-fi twist like ‘Severance’ does to the corporate world. The protagonists of both shows struggle to come to terms with the true nature of their jobs, thereby raising some moral and ethical questions for the viewers. 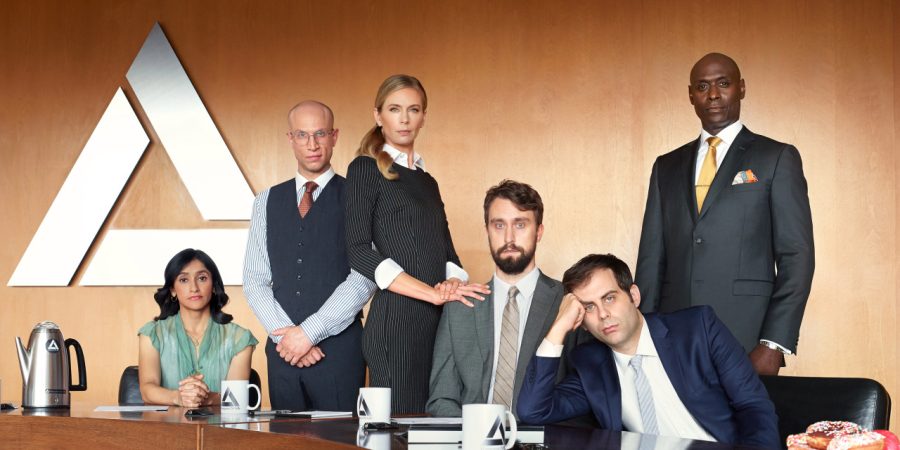 Pat Bishop, Matt Ingebretson, and Jake Weisman put their minds together for creating the satirical comedy ‘Corporate.’ The series follows the everyday lives of two downtrodden employees of Hampton DeVille, a multinational corporation. The series uses dark humor and satire to highlight the suffering and misery of living a corporate life. If you enjoy the underlying humor in the plights of characters from ‘Severance’ but do not care for the science fiction elements, ‘Corporate’ will be more suited to your taste! 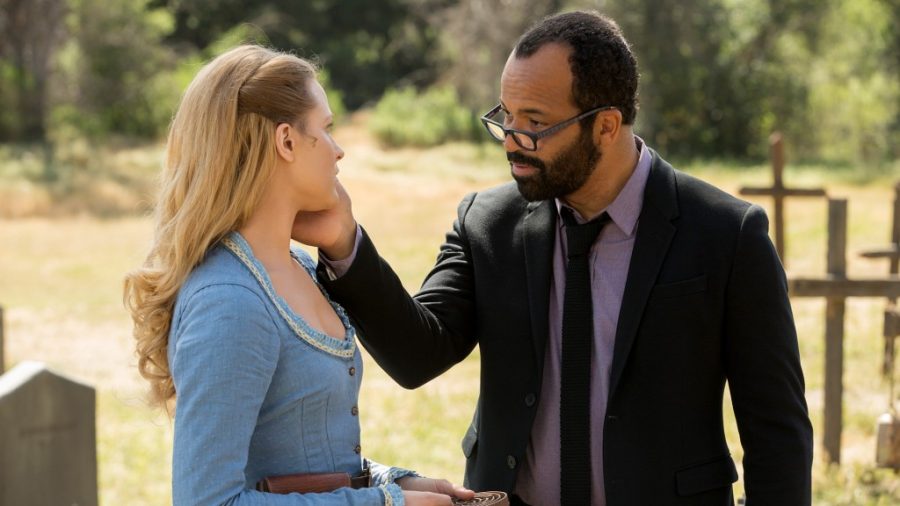 ‘Westworld‘ is a sci-fi drama series that unfolds in the titular Western-themed park where advanced AI-powered androids entertain wealthy guests who fulfill their fantasies. Based on the 1973 film of the same name, the series is created by Jonathan Nolan and Lisa Joy. It has received positive reviews from critics and features mesmerizing performances from Evan Rachel Wood, Jeffrey Wright, and Anthony Hopkins. Similar to ‘Severance,’ the high-concept sci-fi elements empower the protagonists to uncover the true nature of their jobs and existence. 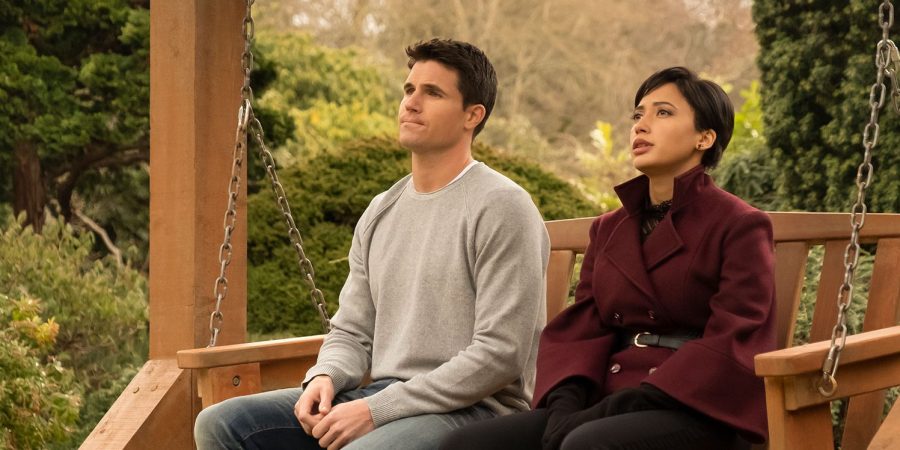 Created by Greg Daniels, ‘Upload‘ is a comedy-drama series that follows computer programmer Nathan who is uploaded to a type of digital heaven after his death. The show’s narrative is propelled by futuristic technology, much like ‘Severance.’ It thoroughly examines how humans interact with technology and its emotional impact. Compared to the self-serious story of ‘Severance,’ ‘Upload’ provides light-hearted entertainment with the same fundamental themes. Moreover, creator Greg Daniels’ experience of weaving workplace comedies adds a unique aesthetic to the show.

‘Devs‘ revolves around Lily Chan, a young and intelligent software engineer who gets embroiled in the murder mystery of her boyfriend’s death. The series is created by Alex Garland and heavily subverts science fiction and thriller show tropes akin to ‘Severance.’ In both shows, a mysterious and shady organization is hiding dark secrets while the protagonist tries to unravel the truth. Aside from the narrative similarities, the two shows also share the corporate life aesthetic and deal with themes such as free will and determinism.

Read More: The Significance of Stairwell in Severance, Explained