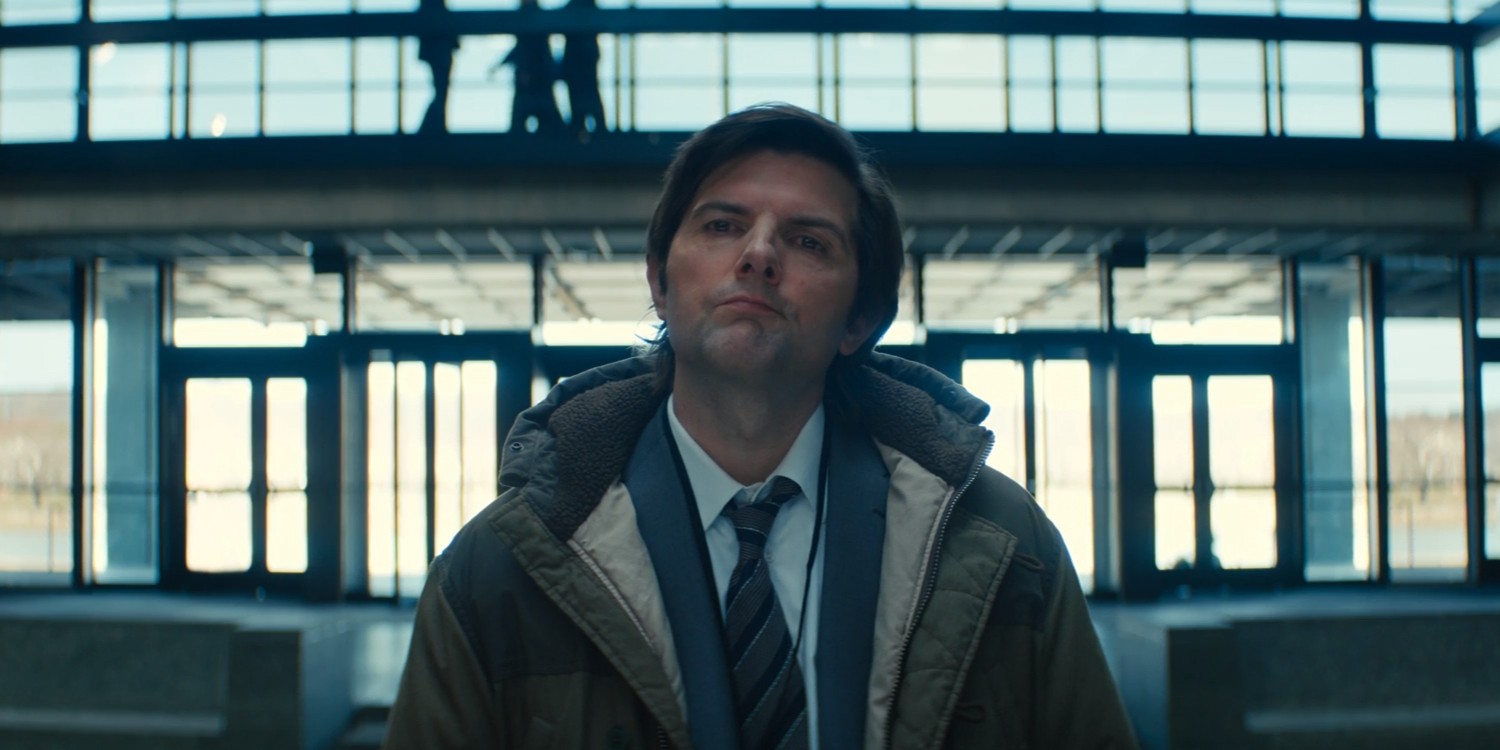 ‘Severance’ is a thriller series created by Dan Erickson that takes viewers on a mind-bending and reality-altering journey into the inner working of a corporate empire known as Lumon Industries. In the series, Mark Scout is an employee of the company who has undergone a process known as “severance.”

While Mark is content with his job, a series of events pushes him towards investigating the true machinations occurring at Lumon industries. Like Mark, we are sure viewers are also vying for answers about the events happening at Lumon. If you need an explanation about the ending of ‘Severance’ episodes 1 and 2, here’s everything you need to know! SPOILERS AHEAD!

The premiere episode of the series called ‘Good News About Hell’ opens with a woman being subjected to a test inside a locked room. We soon find out that the test subject is a new recruit at Lumon Industries named Helly and the test conductor is Mark Scout. Mark works in macro data refining and has been recently made the Head of the Department. The former Department Head, Petey, has left the company, leading to Marks promotion. Petey and Mark were best friends at work, but the severance process stops Mark from recollecting memories of Petey outside of work. 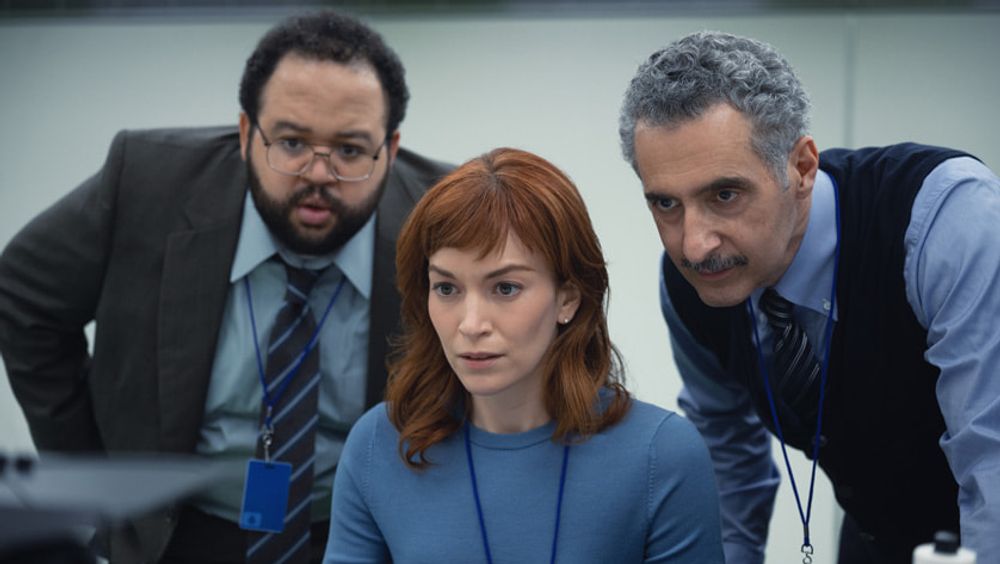 Helly is Petey’s replacement and is assigned to work in the macro data refining department with Mark, Dylan, and Irving. Although Helly takes time to adjust to the severance process, she learns that she opted for the procedure of her own free will. The process separates a person’s work-related memories from personal ones, thereby creating a separate consciousness that resides within the severed floor.

Outside work, Mark spends time with his sister and her friends while trying to recuperate from the loss of his wife, Gemma. He is greeted by a mysterious stranger who claims to be Petey and reveals their work friendship. Petey leaves a greeting card for Mark with an address on the back, promising that Mark will find more answers at the address. Mark returns home and has a conversation with Mrs. Selvig, who is, in reality, his boss, Ms. Cobel.

Helly’s integration process continues in the second episode, titled ‘Half Loop.’ Helly soon realizes that she wants to quit but cannot do so due to the company’s protocols. She tries to escape but is caught by Mr. Graner. Mark takes responsibility for Helly’s actions and is sent to the Break Room.

In the outside world, Mark thinks about Petey’s warnings and decides to check out the address. At the place, Mark meets Petey, who reveals that he has “unsevered” himself and has proof of a conspiracy within Lumon. Mark brings Petey to his house. As Mark contemplates the recent revelations, Petey begins to experience severe side-effects of being unsevered.

Severance Episode 1 and 2 Ending: What Is Wrong With Petey? What Is Happneing at Lumon Industries?

The second episode provides some answers about the inner workings of Lumon industries, and the company is outright creepy. While the severance process is voluntary, it is hard to understand its exact purpose. In the second episode, Helly finally gets the hang of her job, but it raises more questions about the true nature of Mark and his colleagues’ jobs. Moreover, the employees are provided with meager incentives and forced to remain productive for long hours, highlighting the brutality and rigidity of corporate work cultures. The employees are being churned and practically being kept captive at their workplace. 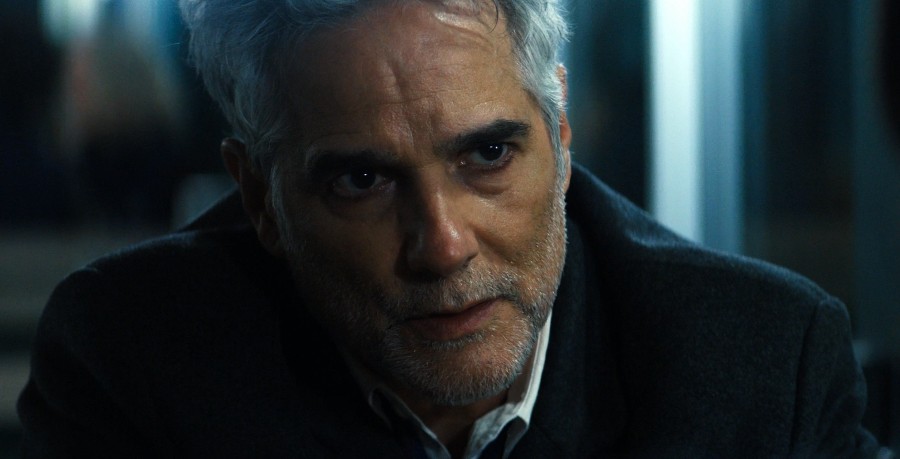 In the episode’s final moments, Petey’s nose begins to bleed, and he is alarmed by the situation. While Petey takes a shower, he has visions of his work self. Petey’s reactions indicate that this isn’t the first time he has experienced something like this. The moment also strongly indicates that the severance process is something far more sinister and reality-altering than merely separating a person’s memories.

The process seems to be creating an entirely new consciousness and is playing with a person’s perception of reality. Petey is one of the few people to have unsevered themselves, and his existence is key to solving the conspiracy at Lumon. Thus, the episode’s ending sets up a clear quest for Mark, as he must find a way of interacting with his work self to find more answers.

Read More: When and Where is Severance Set In?