Where Is Severance Filmed? 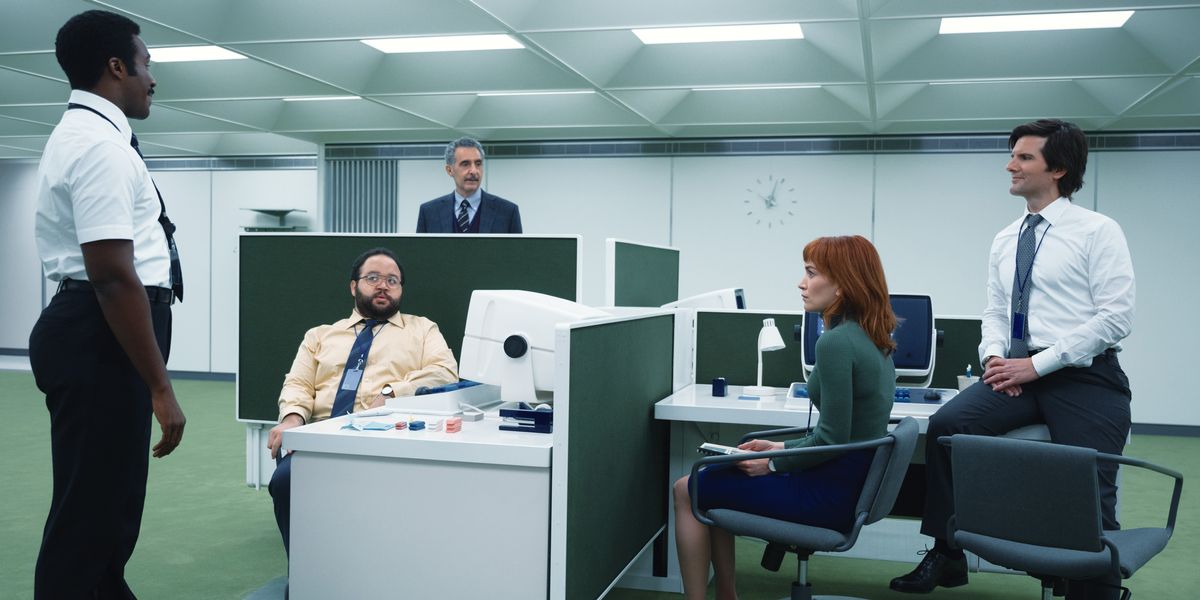 ‘Severance’ is a thriller series created by Dan Erickson about the employees of Lumon Industries. They undergo a procedure known as “Severance” that cuts a person’s personal memories during work hours and vice versa. However, the employees soon begin to uncover the true nature of the procedure. The series features some stunning modern backdrops that help create the corporate facade necessary to elevate the twisted and enthralling narrative. If you are wondering where the series is filmed to achieve the desired combination of mystery and tension, here’s everything you need to know!

The filming of ‘Severance’ takes place on location, mainly in New York and New Jersey. Principal photography on the first season commenced in October 2020 and lasted several months. Filming was finally wrapped up on June 23, 2021. Considering that New York and New Jersey are both major corporate hubs in the country, it is no surprise that the makers chose to film Apple TV+ production in the states. The exact filming spots of ‘Severance’ are detailed below!

New York City is one of the first places the cast and crew visited to film the series. The city is a major cultural, financial, and media hub of the country. New York is famous for its Art Deco-style architecture and skyscrapers. It is also a popular tourist destination, and local attractions include Central Park, the Unisphere, the Brooklyn Bridge, and the Statue of Liberty. Filming of popular films and shows such as ‘Spider-Man: No Way Home,’ ‘The Gilded Age,’ and ‘The Mandalorian‘ occurred in New York City.

The village of Nyack in Orangetown, Rockland County, also serves as one of the filming sites of the show. It is considered a suburb of NYC and is located roughly 15 miles from Manhattan towards the North. Filming of a few scenes of season 1 took place in February 2021 at the Village Gate Townhouses, a real estate project, and Two Villains Brewing, a pub located on 132 Main Street, Nyack.

The city of Kingston, located in Ulster County, features in the series through exterior shots. Over three days in March 2021, the show’s crew filmed several scenes in the city at 1 East Main Street. The city is known for its Colonial past and historic churches.

The show’s cast and crew shot some footage in the town of Beacon. It is situated in Dutchess County, and various stores from the city appear in the series with some cosmetic changes. Residents of the area will recognize popular local spots such as Beacon Bath and Bubble at 458 Main Street, The Vault at 446 Main Street, and Beacon Falls Cafe at 472 Main Street, to name a few.

New Jersey also serves as a shooting site of the thriller series. During the final stages of the principal photography of the first season, the production team shot some scenes in parts of the Holmdel Township in Monmouth County, New Jersey. Sequences for the first season were shot at Bell Works (also known as Bell Labs Holmdel Complex) at 101 Crawfords Corner Road.

It was so much fun coordinating the filming at this landmark amazing unique building. #NJFilm BOOM. 💥 pic.twitter.com/WlANbqShCm