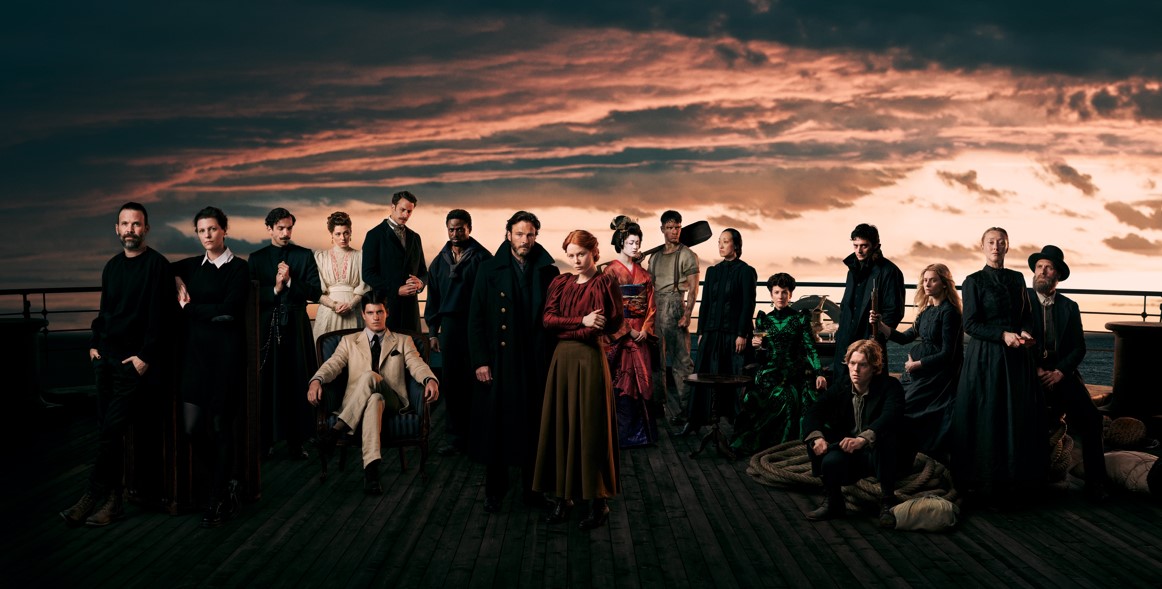 Netflix’s ‘1899‘ is a period sci-fi TV series created by Baran bo Odar and Jantje Friese, known for the hit time-travel series, ‘Dark.’ Set in the titular year, the story centers on a ship of migrants traveling from London to New York. When the crew receives a signal from a missing steamship, Prometheus, the captain decides to take a detour and rescue the abandoned vessel. The passengers soon begin experiencing strange and unexplainable events that blur the line between reality and illusion.

The narrative of the German multi-language show reminds us of the numerous missing cases in and around the infamous Bermuda Triangle. Over the years, scientists and conspiracy theorists have spent innumerable hours trying to understand this section in the North Atlantic ocean. However, there is no conclusive explanation for the peculiar occurrences. So, how much of this mind-bending tale is real, and how much is fiction? Well, let us find out.

‘1899’ is likely a fictional story developed for the screen by Baran bo Odar and Jantje Friese, who are also part of the writing ensemble, which includes Emma Ko, Coline Abert, Emil Nygaard Albertsen, Jerome Bucchan-Nelson, Juliana Lima Dehne, Joshua Long, and Darío Madrona. The show had reportedly been in the works since 2018, and further development began in full swing in 2020. Two significant aspects play a crucial role in the overall narrative. First is the intent to write a pan-European tale that involves people from various nationalities. The second is to create an intriguing puzzle with mystery and action.

In an interview with Deadline, Jantje Friese said, “The whole European angle was very important for us, not only story-wise but also the way we were going to produce it.” She added, “We wanted to explore this heart of Europe, where everyone comes from somewhere else and speaks a different language, and language defines so much of your culture and your behavior.” Divulging that they’re touching upon their mystery roots, Odar said, “Knowing that we did Dark, everyone can be assured that this is going to be something weird and wild and crazy.”

On the other hand, in a behind-the-scenes interview with Netflix, Baran bo Odar compared the series to ‘Dark.’ While the latter show doesn’t involve a lot of action, ‘1899’ is packed with “a lot of violence, beating, running and screaming.” Odar also described how like ‘Dark,’ ‘1899’ is a puzzle which makes it an exciting watch. Considering the blend of history, sci-fi, and a subtle hint of horror, the story does seem fictional for the most part. However, the core premise reminds us of real-life events.

For instance, between the late 19th century and early 20th century, many emigrants traveled from Europe to America. This cultural phenomenon is called migration from the Old World to the New World. People from European countries such as England, France, and Spain moved to the USA for a better life. This is akin to the characters in the show, who want to leave their past in Europe and start afresh in America.

Another instance involves the quasi-mythical tale of Ellen Austin, an American schooner that traveled between Liverpool and New York. In one of its journeys in 1881, the vessel reportedly encountered an unnamed ship sailing nearby. When the crew members went aboard, they reportedly found supplies and no catastrophic damages, but it had no sign of life. A salvage crew tried to tow this derelict to Ellen Austin’s destination, but the unnamed ship and the salvage crew were somehow lost.

The show’s overall story is reminiscent of this alleged incident and builds a compelling narrative around it. In fact, there have been many reports, theories, and even a couple of books about the strange occurrence, which might have been used as an inspiration to write the beautifully complex tale. Thus, to reiterate, ‘1899’ is a fictional story that reminds us of real-world incidents and theories.