What is Tiffany Haddish’s Net Worth? 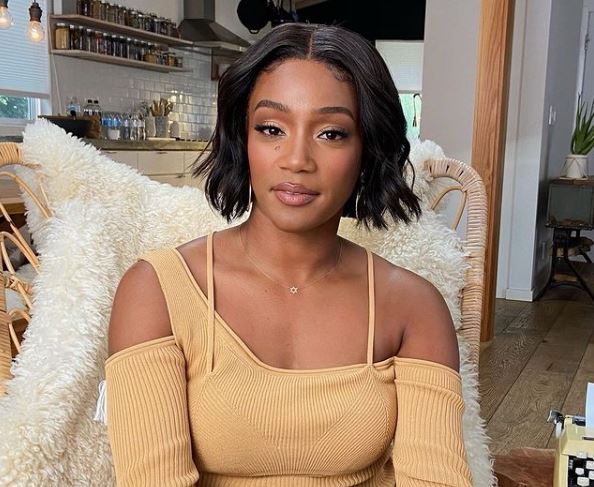 Tiffany Sara Cornilia Haddish is an actress, comedian, and author. She is most well-known for her role as Nekeisha Williams on the NBC sitcom ‘The Carmichael Show’ and as Dina in the 2017 comedy film ‘Girls Trip.’ She also has her own comedy show ‘Tiffany Haddish Presents: They Ready’ which features several up-and-coming comics who perform their comedy sets. Apart from that, Tifanny has lent her voice to several animated characters for popular animated productions and video games. Tiffany Haddish was born in 1979 to Tsihaye Reda Haddish, her father, who was a refugee and a small business owner mother, Leola.

Tiffany did not have a normal childhood, especially after her father left the family when she was just three years old. In 1988, her mother was involved in a severe car accident that inflicted traumatic brain injury and compelled her to spend three months in the hospital. After her mother returned home, Tiffany told GQ, that her mother’s personality changed to volatile and abusive, reportedly due to Leola’s schizophrenia. At the age of 13, Tiffany and her siblings were placed in foster care. After her foster-care subsidy was over, Tiffany found herself homeless thrice and sometimes even lived in her car.

Despite being academically efficient at school, she would often be disciplined by school authorities for breaking the rules. Tiffany attended Santa Monica College in her 20s. She struggled to balance the several jobs she had taken to financially sustain herself, her University, and the demands of her growing career in comedy. Thankfully, all of her hard work bore sweet fruits as Tiffany is clearly one of the leading comedians, and her Primetime Emmy Award win as a host on a ‘Saturday Night Live’ is proof. Curious to know how Tiffany Haddish made her wealth? We have you covered.

How Did Tiffany Haddish Earn Her Money?

Tiffany had her first big break as she appeared in the comedy competition ‘Bill Bellamy’s Who’s Got Jokes?’ The skills she showcased as a competitor did not go amiss. Following the competition, Tiffany started auditioning for various TV show roles. In 2005, she appeared in the Disney show ‘That’s So Raven’ and garnered enough eyeballs. She also landed roles in other shows, including ‘My Name is Earl,’ ‘It’s Always Sunny in Philadelphia,’ and ‘Def Comedy Jam,’ and films like ‘Meet the Spartans’ (2008) and ‘The Janky Promoters’ (2009). 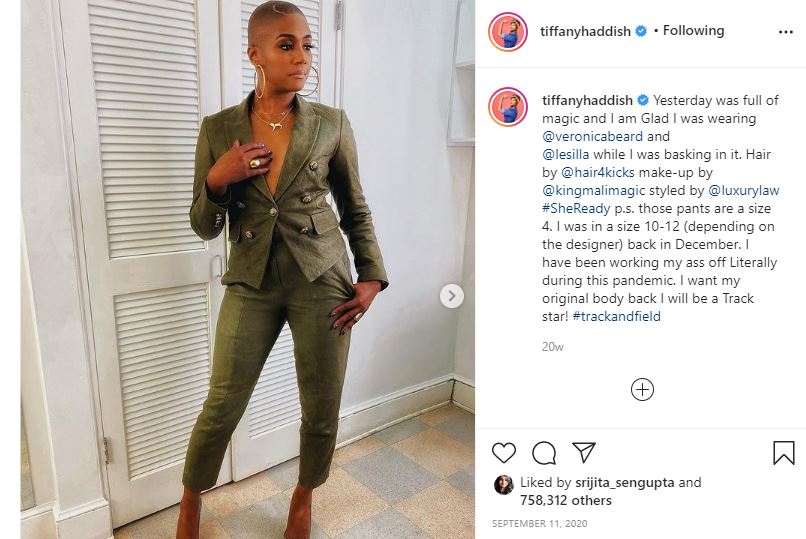 In 2014, she landed a role in the Oprah Winfrey Network drama series ‘ If Loving You Is Wrong,’ but she left the show after the first season for a more promising role of Nekeisha, the partially estranged wife of Bobby Carmichael on the NBC sitcom ‘The Carmichael Show.’ Tiffany was also cast in the 2016 comedy film ‘Keanu’ alongside co-actors Jordan Peele and Keegan-Michael Key. Her breakthrough role came in 2017 in the comedy film ‘Girls Trip,’ where the critics highly praised her acting skills. The film grossed more than $140 million worldwide and was the highest-earning comedy movie of 2017.

She got her own stand-up comedy special in 2017 called ‘Tiffany Haddish: She Ready! From the Hood to Hollywood.’ It earned her worldwide praise for her genius sense of humor. She then served as a host of an episode of ‘Saturday Night Live’ in the same year, making her the first African-American female stand-up comedian to do so. The gig won her the ‘Primetime Emmy Award for Outstanding Guest Actress in a Comedy Series.’ Another notable work is Tiffany’s role opposite Tracy Morgan in the TBS sitcom ‘The Last O.G.’ 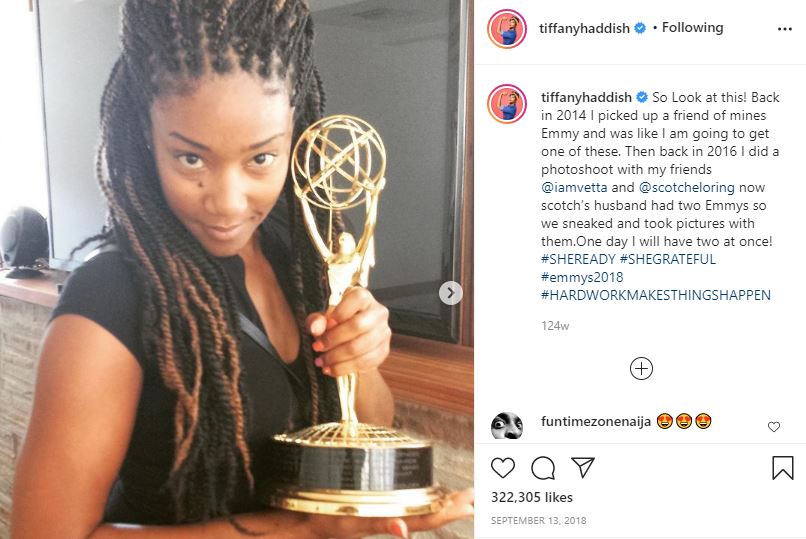 In 2018, her movie ‘Nobody’s Fool’ received mixed reviews and grossed $33 million worldwide. She was named one of the 100 most influential people in the world by Time Magazine in 2018. She has lent her voice to different animated characters, including Watevra Wa’Nabi in ‘The Lego Movie 2: The Second Part,’ Daisy in ‘The Secret Life of Pets 2,’ and Tuca on the Netflix animated sitcom ‘Tuca & Bertie.’ Tiffany also hosts her comedy special ‘Tiffany Haddish Presents: They Ready,’ which features some of the best comedians from around the world hand-picked by Tiffany herself. 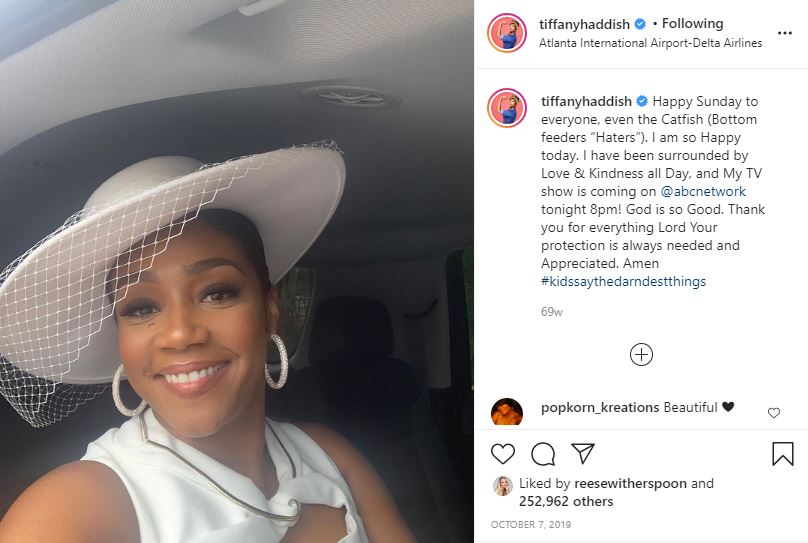 Tiffany has also written a memoir titled ‘The Last Black Unicorn,’ which debuted at number 15 on The New York Times best-seller list. She is a producer for her company, She Ready Production. Her official website also sells merchandise like tee-shirts, hoodies, and other clothing materials and accessories. 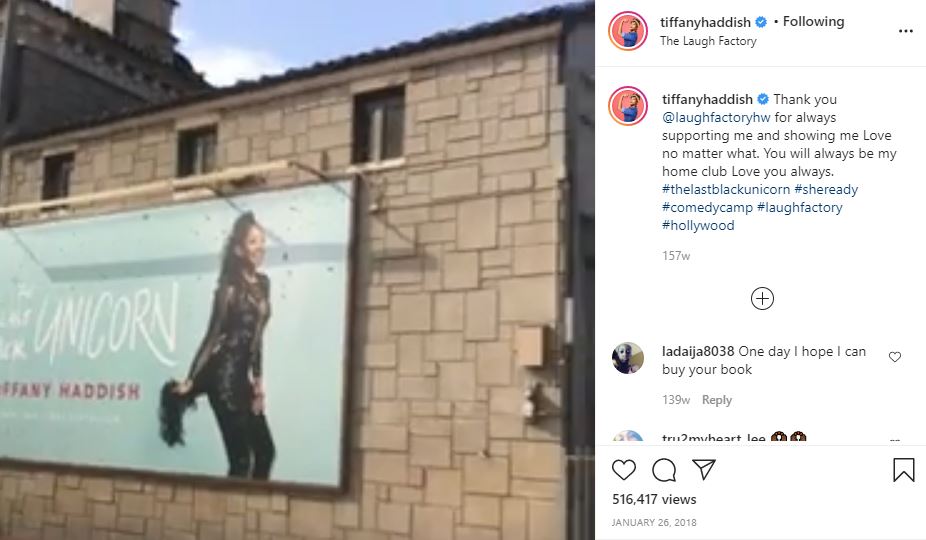 With earnings from her own show, her role in various shows and movies, and her book, Tiffany Haddish’s net worth as of February 2021 is estimated to be around $6 million.

Read More: Is Tiffany Haddish Married? Does She Have Children?