Is Tiffany Haddish Married? Does She Have Children? 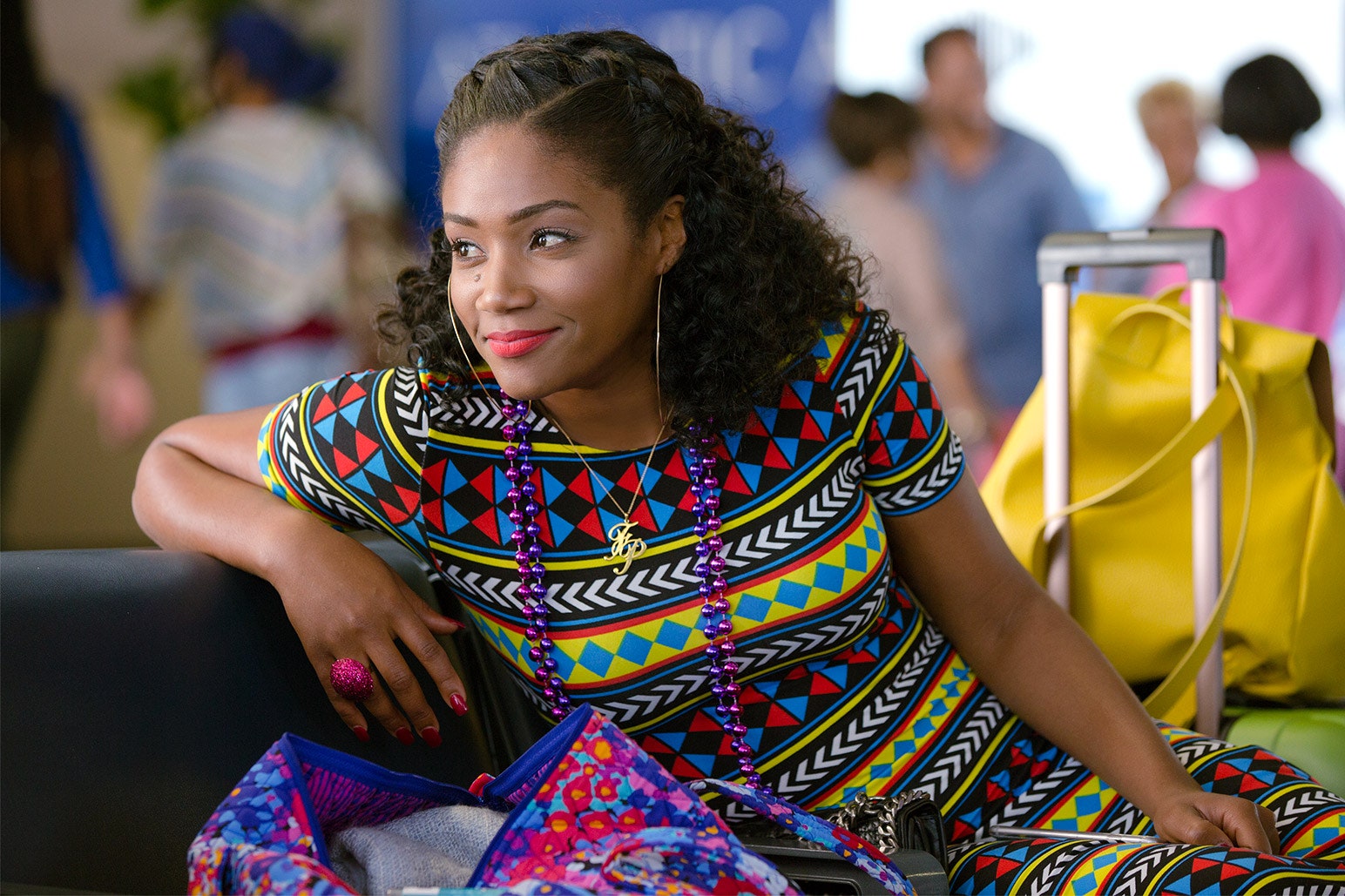 Tiffany Haddish is a Primetime Emmy Award-winning actress, comedian, and a New-York Times best-selling author. During her formative years, she dived into comedy to make her schizophrenic mother laugh, and later in her life, to cope with the feeling of being surrounded by strangers at a foster care. After years of doing stand-up and recurring roles in television series, she got cast in the OWN drama show ‘If Loving You Is Wrong’ in 2014. She bagged global recognition and immense critical acclaim after her impressive performance as Dina in the 2017 comedy film ‘Girls Trip.’

The same year, Haddish became the first African-American female stand-up comedian to host ‘Saturday Night Live.’ The Grammy-nominated and BET-winning artist has continued to impress the audience with her performances in movies and shows such as ‘Like a Boss’ and ‘The Last O.G.’ While the graph of Haddish’s professional career has been on an upward rise for almost two decades, her personal life has seen some sharp highs and steep lows. We got curious to know all the details, and here is what we found out!

Tiffany Haddish shared her wedding vows with the army veteran, William Stewart, in 2008, and after three years of a rocky relationship, filed for divorce in Los Angeles County, California, in 2011. Reports suggest that Haddish married Stewart twice, resulting in her filing for divorce twice – in 2011 and 2013. While Haddish’s marriage went down the drain within a few years, the wedding day was still “one of the happiest days of my life,” but not for apparent reasons. 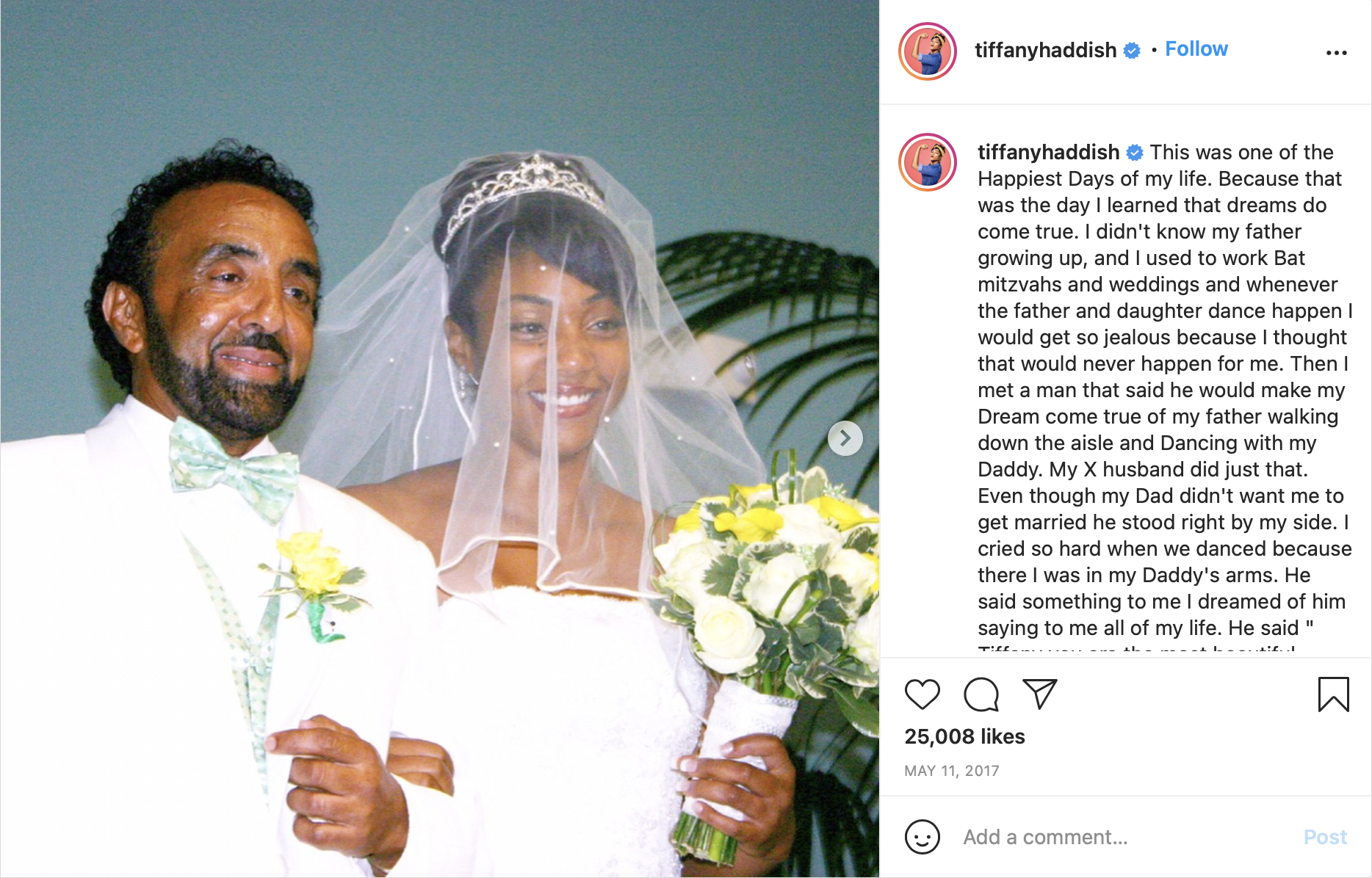 Stewart had helped her locate her father, Tsihaye Reda Haddish, an Eritrean refugee raised in an Ethiopian-Jewish family, as he left the family when she was hardly 3-years-old. She put forward her side of the story for parting ways with Stewart in her tell-all memoir ‘The Last Black Unicorn,’ citing his “abusive and stalker” nature as the main reasons.

In the chapter entitled ‘The Ex-Husband,’ Haddish elaborated on the incidents, saying, “(He) Just snatched me by my shirt, and pulled me to the elevator and threw me in it…once we got to our hotel room, he was so quick. He snatched me by the neck and slammed me into the wall,” and after the incident, Stewart allegedly got arrested. While Haddish never mentioned Stewart’s name in her book, he has fought against the aforementioned claims of abuse.

Stewart went on to sue his ex-wife along with her co-writer, Tucker Max, and the book’s publisher, Simon & Schuster, for defamation, libel, and slander. Stewart claimed that she liked to be choked during “aggressive sex” and even has audio recordings of her “seeking the guidance of a psychic to help with her erratic and violent tendencies towards Mr. Stewart, not vice versa.” Their legal battle is still ongoing. Haddish has confessed that she miscarried her baby the next day Stewart was reportedly put behind bars. Apparently, ‘The Carmichael Show’ fame actor did not even know she was pregnant.

She also disclosed a personal incident from her early 20s when she got pregnant with her former partner’s baby. She allegedly opted to abort the unplanned child, and after waking up from the painfully difficult procedure, Haddish experienced liberation and did a happy dance feeling, “I’m free!! Thank God almighty, I am free!” Out of a deep-rooted fear of her children being subjected to racist cruelty, she has not been able to bring herself to be a mother to date. However, Haddish feels deeply for the pure souls and has even expressed her wish to foster or adopt one, having spent age 13 to 18 in foster care herself.

Tiffany Haddish is happily committed to the rapper Common, whose real name is Lonnie Corant Jaman Shuka Rashid Lynn Jr. Despite carrying a public persona most of her life, she became discreet when it came to her dating life post her ugly divorce. She admitted to going on dates through the Bumble app, but clearly, nothing worked out. In 2019, Haddish first crossed paths with Common on the set of ‘The Kitchen,’ and the two played love interests in the movie but only formed a genuine friendship at the end of the filming. Haddish continued to insist that he was just a good friend until the latter half of 2020. 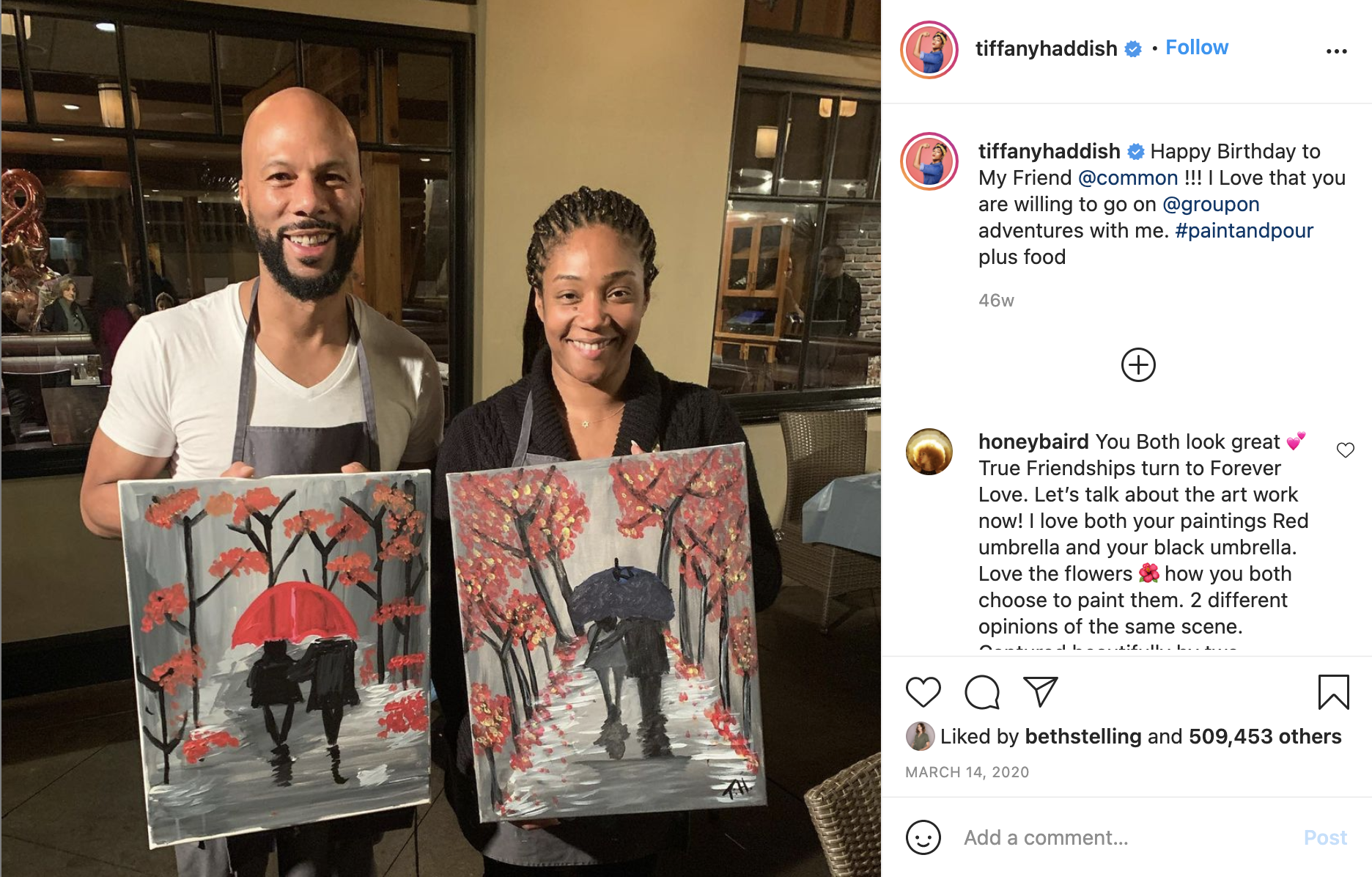 Among the tittle-tattle that began to make rounds about Haddish and Common’s affair during the summer of 2020, Beyoncé’s mother, Tina Knowles-Lawson, publicly labeled them as a “beautiful couple” on social media in July of the same year. The two were seen together at the comedian’s 40th birthday celebration and adorably sat courtside at the 2020 NBA All-Star Weekend.

In August 2020, Haddish finally admitted to dating Common on the podcast ‘Wild Ride! with Steve-O’ with the statement “I am in a relationship.” She could hardly refrain from expressing her love for the handsome hunk and went on to add, “This is hands down the best relationship I’ve ever been in. Knock on wood!… I’m just way happier and it’s like knowing I got somebody that cares about me, that really has my back. It seems like he does anyways. And I love it. I love him.”

Haddish and Common quarantined together as she happily accepted on one of her Instagram live chats that he was, in fact, keeping her company in the house. She even hinted at not having had her contraceptive shot, meaning she could already be pregnant, as was reported by multiple news websites. Sadly, Haddish got tested positive for COVID-19 in September 2020 but has fortunately recovered. She is a realist when it comes to romantic relationships as she does not think it is necessary to spend each day together and relishes the “space” even if it means not canoodling on the holidays.

Read More: Is Michelle Buteau Married? Does She Have Children?